Consider Trev Alberts’ first couple of years on the job.

Not at Nebraska, where he will officially begin his duties as athletic director on Monday. But at Omaha, where he was named the head of the athletic department in April 2009 without one second of administrative experience to his name.

Almost exactly two years after that spring day, Alberts announced his department was dropping its successful football and wrestling teams and moving to Division I and the Summit League. The embers from that decision still burn hot in various pockets of the state of Nebraska's sports fandom.

Alberts' legacy in Omaha, fair or not, was all but set two years into his tenure. He stayed around for 10 more. Then he came down the road to Lincoln, where after his introductory news conference in the stadium where he first made his name, he stood surrounded by a tightly grouped pack of reporters.

It could have felt like the world was closing in.

"We will not be paralyzed in fear in decision making," Alberts said. "So many times it's easy to identify the problem, and so many times executing on that is where the rubber meets the road.

Those difficult decisions, whenever they come, won't be Alberts' alone, said Mike Kemp.

UNO's first hockey coach, who moved into administration one month after Alberts was hired and worked beside him for the next 12 years, got an intimate look at how the former NU linebacker grew in his role and handled the heat as he led the Mavericks up the food chain.

"He studies the room very well. He understands people," Kemp said. "And I think he strategizes every decision he makes with input from his trusted advisors and then moves forward after really studying the process to make sure that the decision is going to be the right decision."

How much does Kemp respect Alberts? He was willing to talk about his now-former colleague for nearly 10 minutes while driving across Minnesota earlier this week, one day before he himself would be named UNO's interim athletic director.

"In my opinion, he’s a very visionary-type person," Kemp said. "He’s always looking at the big picture; what would be the next great thing. And studies it, and is not afraid to make those kind of bold decisions that need to be made to be really effective in his role."

Those qualities translate no matter the athletic department, Kemp said.

"You see the results of what his processes were," Kemp said. "As we grew the athletic department from a Division II program to a Division I program, and then in subsequent years addressed the facilities needs that we had, he was able to do things at UNO that no leader prior to him had been able to do."

You think Nebraska cycles through ADs? The Mavericks had gone through two athletic directors from 2007 to the day Alberts was hired.

UNO's was a struggling athletic department that needed stability and leadership.

"He was just impressive (when applying for the job). He cared and was just open about the fact that he loved athletics, he cared about athletics," said John Christensen, the former UNO chancellor who hired Alberts. " I actually saw him when he was on ESPN and that sort of thing, and he cared about all of that, but one of the great things was hearing Trev talk about caring for all students, faculty, and staff and try to help people advance their futures going forward."

And 12 years after Alberts' hiring, the Mavs have carved a sizable space in the Nebraska sports landscape.

There's a hockey program that plays in the top conference in the country, one that UNO helped form. They have Baxter Arena; a renovated Caniglia Field and Sapp Fieldhouse.

And this year, brand new on-campus baseball and softball facilities that were paid for entirely through private donations. In his 12 years at UNO, Alberts helped secure more than $100 million of private and corporate funding for the athletic department. He's seen the hockey program go to the Frozen Four, the baseball team make its first regional, the men's soccer team win a game in the NCAA Tournament, and the men's basketball program twice come within one victory of making the Big Dance.

One of Alberts' first moves was convincing Dean Blais, one of the best collegiate hockey coaches in the country, to come to Omaha in 2009. Six years later, Blais had the Mavericks in the Frozen Four.

A few months after that Frozen Four run, UNO would open the $88 million Baxter Arena, which houses the hockey, men's and women's basketball, and volleyball teams.

It was in those hectic months that Brian Logan, who at the time was UNO's director of ticket operations, got a good example of how Alberts worked to push the people in his athletic department forward while at the same time moving the Mavericks ahead in the best way he thought possible.

Omaha wanted to be able to sell tickets to an eager fan base while the arena was still being finished. That meant working out a way to make it happen before fans could even see the finished product.

Alberts pushed Logan and his department to find a way, even as UNO's ticket office dealt with the crush of work that comes with a team making a run at a national title.

"He was somebody who certainly wanted the best out of you," Logan said. "If he thought that he wasn't quite getting that, he was going to have a talk with you.

"It's going to be frank, but he's still a very genuine guy. He wants you to succeed."

Logan and his department got the job done. Baxter opened to rave reviews that October.

"It's tough to describe how truly genuine he was," Logan said. "He wants the best out of you, but he's also going to try and give you the tools to make sure that you are being the best you can be."

For those who worked with Alberts, his UNO legacy is secure. While that opinion may differ among some in the public, those who saw him up close agree the things he learned in Omaha will help him in Lincoln.

"I think he did tremendous things there for athletics, but he helped everyone with all kinds of things," Christensen said. "This was a guy who cared about encouraging students to go to college, whether they were athletes or not, you’re still going to develop a future."

The future for Nebraska begins Monday morning when Alberts walks into North Stadium. The legacy building will start anew there.

JoJo Domann and Ben Stille didn’t take credit for the abundant energy in their youth camp, but they noticed it, and deeply appreciated it.

Domann is one of a handful of Nebraska players deemed most critical to a program hoping to make marked improvement on last year’s 3-5 record.

College football is in the midst of change, with much of it making people feel uncomfortable. But, hey, the vaccination topic should be a fun one.

With a clear vision of his future, Bryce McGowens dives into the present with older brother Trey and Husker hoops

What is the goal for today? For the year? For five years down the road? It's all right in front of Nebraska's highest-ranked recruit. Literally.

The Midland, Texas, admits he was surprised he wasn't selected in the draft. But he explains why he's not adopting a 'chip on shoulder' attitude. 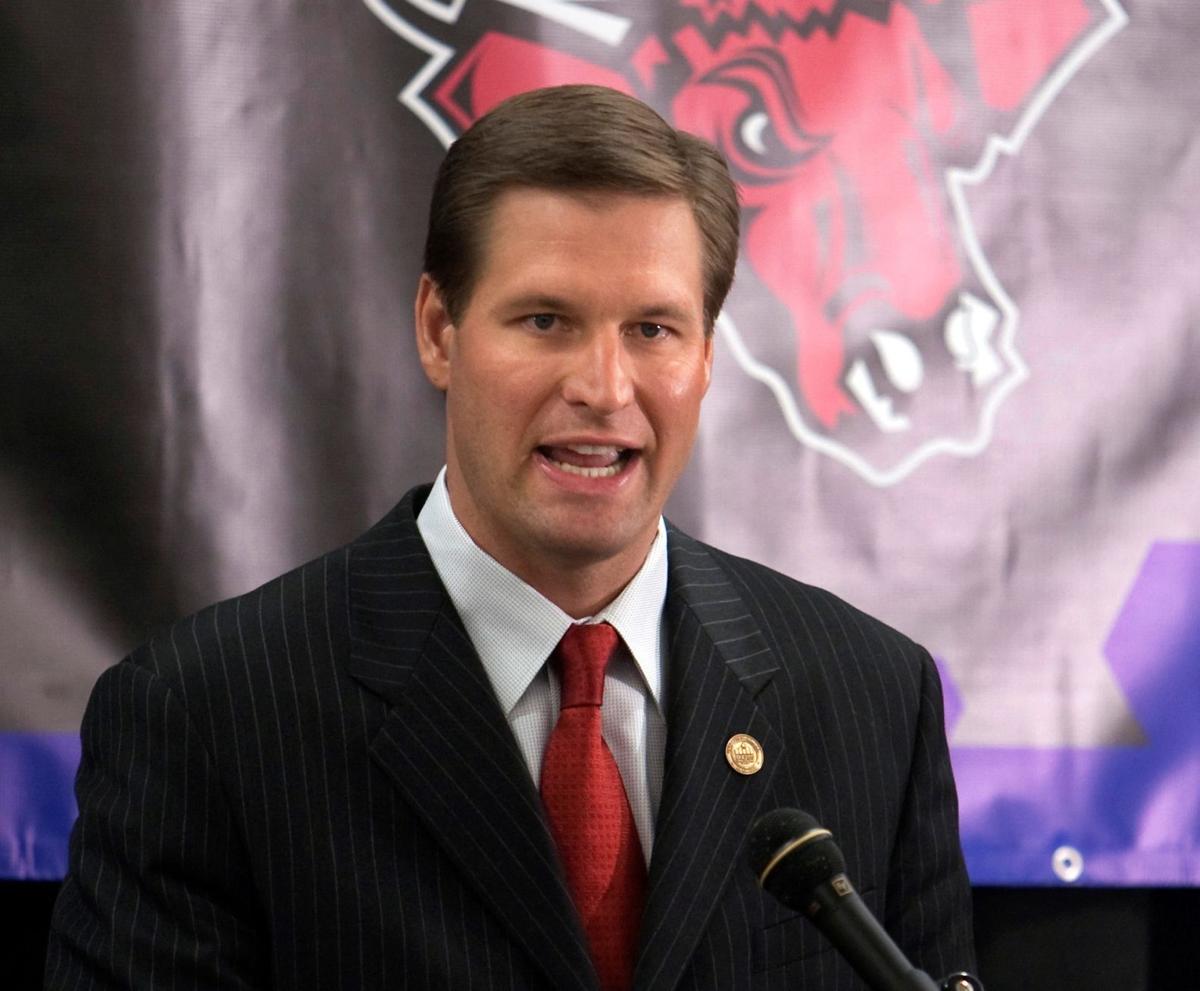 Trev Alberts speaks during a news conference in April of 2009 in Omaha. After 12 years as the Mavericks' athletic director, Alberts was named Nebraska's 14th AD. 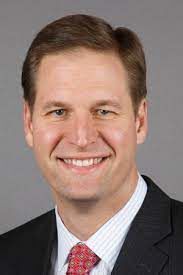