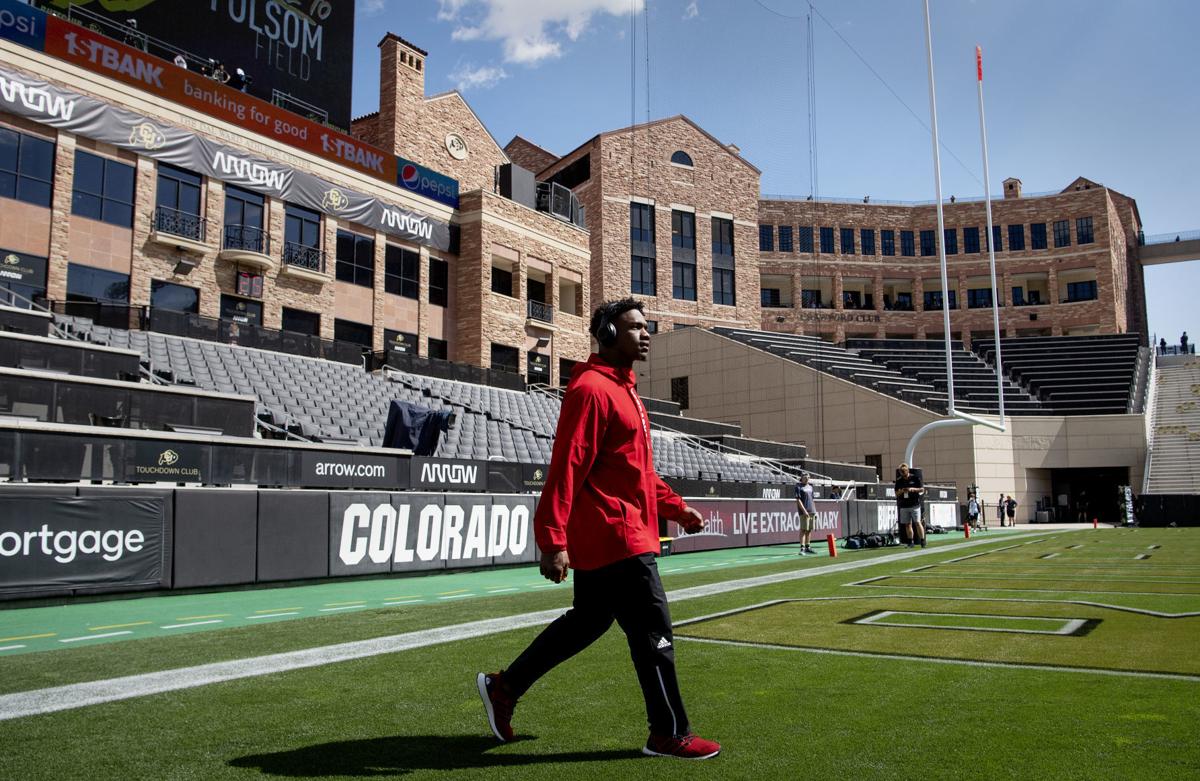 Nebraska linebacker Mohamed Barry (7) takes a pregame walk on the turf after arriving at Folsom Field before the Huskers take on Colorado earlier this season in Boulder, Colo. 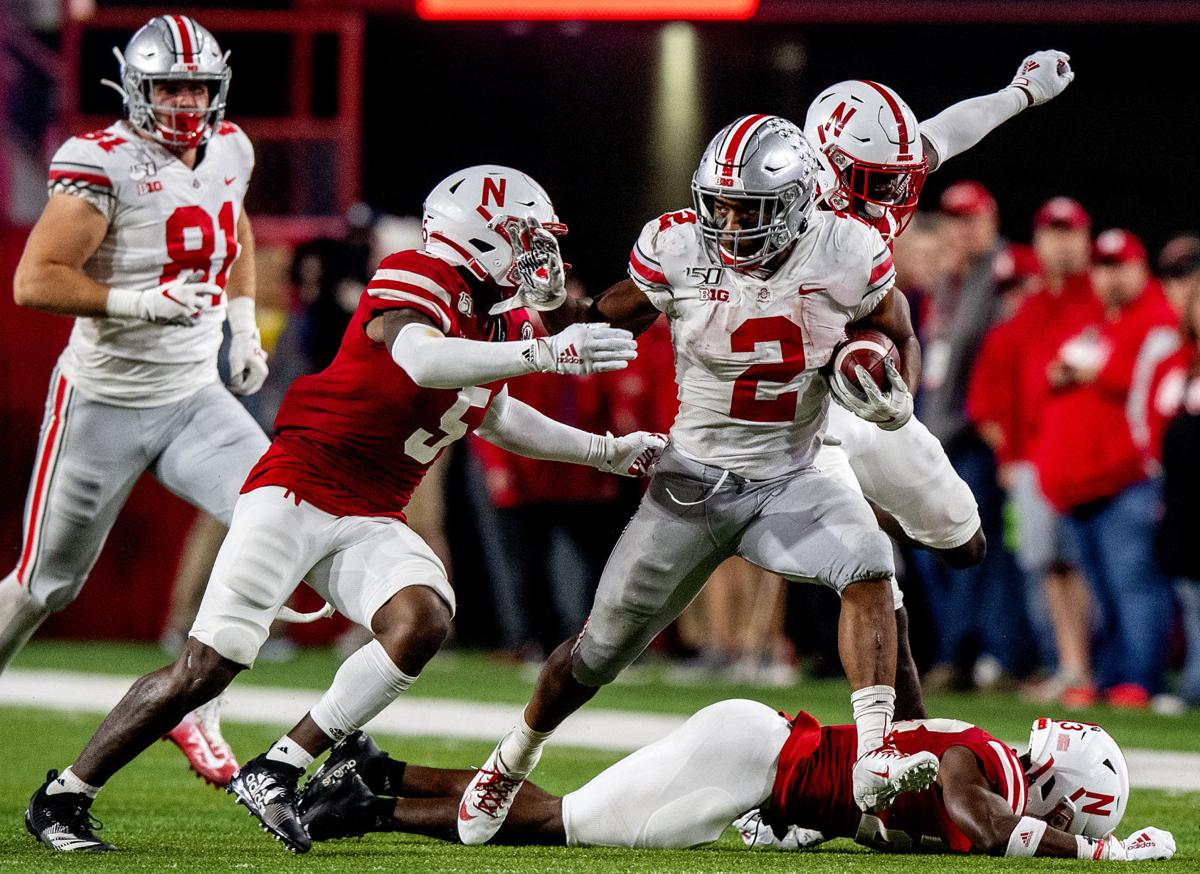 At some point, Mohamed Barry is sure, he will look back on his final game at Memorial Stadium and think about what the moment meant and consider the emotions that course through Nebraska’s emotional leader.

In the moments after Saturday’s win against Maryland, though, the senior inside linebacker had already put that out of his mind for the time being.

He will certainly feel it on Friday in the moments before his Huskers kick off against Iowa, but then, he said, it will be time to put that away and focus on the task at hand.

“That’s something you someday look back on and say, ‘Dang, that was a great moment in my life,’” Barry said after NU beat Maryland 54-7 to improve to 5-6 on the season. “But you’ve got to prepare like every other week but just a different type of intensity.”

This is the first time in three years that Senior Day at Memorial Stadium means more than just a sendoff to the latest group of Huskers who are wrapping up their football careers.

This time, Nebraska hosts Iowa stuck between knowing its season is going to end and knowing it will continue. At five wins, Senior Day is important not only to a senior class who has been through much, but for young and old alike as the Huskers need a win to extend their season for four or even five more weeks.

“We’re thinking about the right now in the moment.”

That’s the rub. Senior Day is not exactly overlooked -- no seniors spoke with reporters this week as NU had limited availability due to the short week -- but it’s not exactly the main attraction, either. It’s not that the class won’t be celebrated or appreciated, but Friday’s not really about celebrating anything.

“Honestly the whole team is having fun and the whole team is anxious to play and excited to play, and I think there’s a lot of guys that want to send those seniors out on the best note possible,” NU head coach Scott Frost said Wednesday.

It’s an interesting group, too, and one that skews heavily toward the defense. In fact, running back Wyatt Mazour is likely to be the only senior that plays for the Husker offense Friday. Graduate transfer Kanawai Noa is done for the season after having his meniscus repaired and tackle Christian Gaylord has missed the entire season with a knee injury. Even so, Gaylord plans to file for a sixth year and NU likes his chances of getting it, so he may well be back in 2020.

Defensively, it’s a different story, of course. All three starting defensive linemen are playing their final home games, as are Barry, outside linebacker Alex Davis, cornerback Lamar Jackson and a few key reserves like Eric Lee.

Surmised Bootle of his teammate Jackson, “After this there won’t be any more Nebraska football for Lamar Jackson in Memorial Stadium. This one is big for him to go out there and lay it on the line. Give it all he’s got. That’s my guy to the end. That’s a friend for life. A brother to have for life. I know I can call him, talk to him about anything. He can call me, talk to me about anything, as well as the rest of the seniors in the room — Eric Lee, Reid Karel, and Jeremiah Stovall.”

Anybody who makes it this far in college football has accomplished something. “It’s a certain type of toughness that you have to have,” Bootle says, referring both to the physical toll the game takes on anybody who plays it collegiately for four or five years and also to the particular circumstances that have unfolded in Lincoln.

Some of these players have seen Bo Pelini, Mike Riley and now Frost, a myriad assistants and teammates come and gone. They are, essentially, a second bridge class at the outset of the Frost era here. One that dreamed of a Big Ten Championship over the summer and now will try just to get to a bowl game. Any bowl game.

Legacy is a common topic in the lead-up to this annual marker of another completed revolution of the college football wheel. But this group’s lasting impact isn’t quite known yet. It will depend some on what happens Friday and some on what happens over the next year, two years and three as the players they leave behind attempt to keep moving the ball forward, so to speak, in the same stadium that will return t as alums after this weekend.

“I think time will tell on (the legacy) question,” junior tight end Jack Stoll said. “It’s one of those deals where, right now, I don’t think I can give you an answer, but I know personally all of those that come to work every single day. They bring their lunch pail. They give it their all. …

“All these guys have stuck through and grinded through. We've got a lot of respect for these guys. At the end day we've just got to go make sure that we do everything we can. Lay it all out on the field from them.”

Husker Extra Podcast: Charting a path to a Husker victory over Iowa on Black Friday

Minnesota and Wisconsin rolled into a collision course on Saturday and are in the top three in the latest Big Ten Power Rankings.

There's a path for the Huskers to sneak into a bowl even with a loss Friday, but beating Iowa is the simpler route.

Nebraska freshman wide receiver Wan'Dale Robinson is in uniform ahead of the Huskers' Black Friday game and season finale against Iowa.

Tony Daniels knows his sons, Darrion and Damion Daniels, appreciated just how special this season was for the brothers, playing on the Nebrask…

Sound waves: What others are saying about Friday's game

As you can imagine, the Internet had plenty to say about Nebraska-Iowa.

Nebraska linebacker Mohamed Barry (7) takes a pregame walk on the turf after arriving at Folsom Field before the Huskers take on Colorado earlier this season in Boulder, Colo.