Ask those who know, and they’ll tell you Scott Frost’s coaching style looks a lot like his father’s.

Always teaching. Willing to be innovative. Patient with his players (if not a little fiery with officials). While Scott does it at the college level, his father did it during a long and successful career of high school coaching.

Larry Frost, the man who, along with wife Carol, shaped the legendary career of Scott Frost the athlete and provided a blueprint for Scott Frost the coach, died Wednesday after a battle with cancer. He was 73.

“I see in Scott a lot of the way his dad coached. Larry has very, very seldom yelled at players,” Carol Frost told the Orlando Sentinel in 2015, shortly after Scott was hired as head coach at Central Florida. “I've seen him yell (at) an official once in a while, but he doesn't yell at his team, he doesn't yell at his kids. If they make a mistake, he'll pull them off the field and try to help them. He tries to fix things in practice.

“And as I watch Scott coach now, at Northern Iowa and Oregon, I see the same kind of thing. … He gets his point across without swearing, without yelling, without degrading, and I think he got a lot of that from his dad.”

Born March 14, 1947, and married to Carol for more than 50 years, Larry Frost raised two successful sons and coached at eight Nebraska high schools, in addition to stops in Texas, Missouri and Iowa, and almost always had Carol as one of his assistants. He was last on the sideline in 2013, leading Parkview Christian to the Class D-2 playoffs.

After Scott was hired at Nebraska, Larry became a regular at practices, usually watching with Carol from a vantage point in the balcony above the Hawks Championship Center field.

In 2019, Larry and Scott were inducted into the Nebraska High School Sports Hall of Fame together.

“I make no secret about it, I was approached to be inducted into the Hall of Fame in Nebraska quite a while ago,” Scott said in his induction speech. “I declined in the hope that one day my dad would be inducted, too, and I could be inducted the same time as my dad. So this is really special for me.”

Larry Frost grew up an outstanding athlete in his own right. He set what was at the time a national eight-man record with 121 career touchdowns and also set multiple school records in basketball and track at Malcolm High School, and in the mid-1960s was recruited to play football for the Huskers by a young graduate assistant coach named Tom Osborne.

While Larry had successful coaching stints all over Nebraska and the Midwest, his best teams came with his youngest son at quarterback.

Wood River made the Class C-1 semifinals in 1990 and 1992, Scott’s sophomore and senior seasons, as Scott was on his way to setting Nebraska high school records that stand today.

Larry’s eldest son, Steve, was a senior in high school when Scott was a sophomore, and went on to play football at Colorado State and Stanford.

Larry Frost is survived by his wife, Carol (Moseke), and both sons.

And throughout his adult life, he never lost the love of watching his sons in whatever area of life they chose.

“We thought that when he got done playing, a lot of the pressure was over and the worries of the parent would kind of fade away," Larry told the Journal Star in 2011, when Scott was a rising coaching star at Oregon. “But as we watch his football games, especially down the stretch here, trying to go undefeated, I think I was nervous and I think Carol was about as nervous watching him as when he played.

“I guess you never really lose the desire to watch your kids succeed.”

As Carol Frost heads to NU Hall of Fame, memories of Olympics and raising 'Zip and Zap'

'I'm just thrilled for dad:' Larry and Scott Frost to be inducted into state high school HOF together

Playing in the fall is definitely better than playing in the winter/spring. But let's see if the Big Ten fall season gets off the ground.

The target date is a little more than two weeks after the originally scheduled start to the season.

Nebraska AD Moos says both he and UNL Chancellor Ronnie Green "pushed very hard" for the Big Ten to allow attendance based on local authorities.

Big Ten offers up parameters of 2020 football schedule. A full schedule likely will be announced in next few days.

Moos on radio: Nebraska's aggressive approach in wanting to play worked out well

"Well, we were vocal, and I've got to say it worked," Bill Moos said of Nebraska's mindset in pushing for a season.

The players were seeking a reversal from the league on its decision to postpone the season, which it on Wednesday announced was beginning in October.

The vote comes amid COVID-19 issues disrupting the district and wild-card system currently in place.

Why you — the Husker fanatic — love the Big Red

What makes Husker football so unique? From walk-ons to national titles to the smell of Runzas and Valentino’s in the stadium, we look at 40 traits.

Follow along as we track the action from the Capital City and beyond.

Nebraska is a program that prides itself on its ability to innovate. With the Big Ten not allowing fans, the Athletic Department looks forward to the challenge.

Teams will play an eight-game schedule, with an additional game against a cross-division foe at the end of the season.

Gretna set the tone on the first drive of the game. The Dragons marched 80 yards in eight plays, and QB Zane Flores ran for a 5-yard touchdown.

Lincoln Christian has its best start to a season in seven years, since the 2013 state quarterfinal team started the year 6-0.

The defense of the Knights (4-0) limited Creighton Prep to just one first down and 40 total yards in the first half.

A season ago, Ashland-Greenwood's season ended in Wayne and the bus broke down on the way home. The ride back this year will be much more enjoyable.

Sipple takeaways: Moos says NU didn't catch breaks with schedule, but there's no use in complaining

We know Nebraska's 2020 football schedule now. The fun just ramped up a notch. Here are some quick thoughts from Steven M. Sipple. 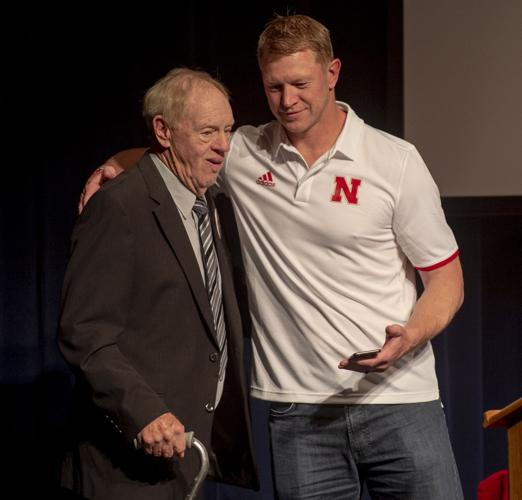 Larry Frost (left), father of Nebraska football head coach Scott Frost, died Wednesday. He was 73. The pair is shown here at the 2019 Nebraska High School Sports Hall of Fame induction ceremony, when both were inducted in the same class. 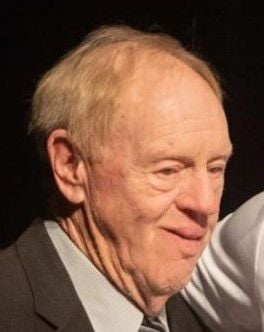