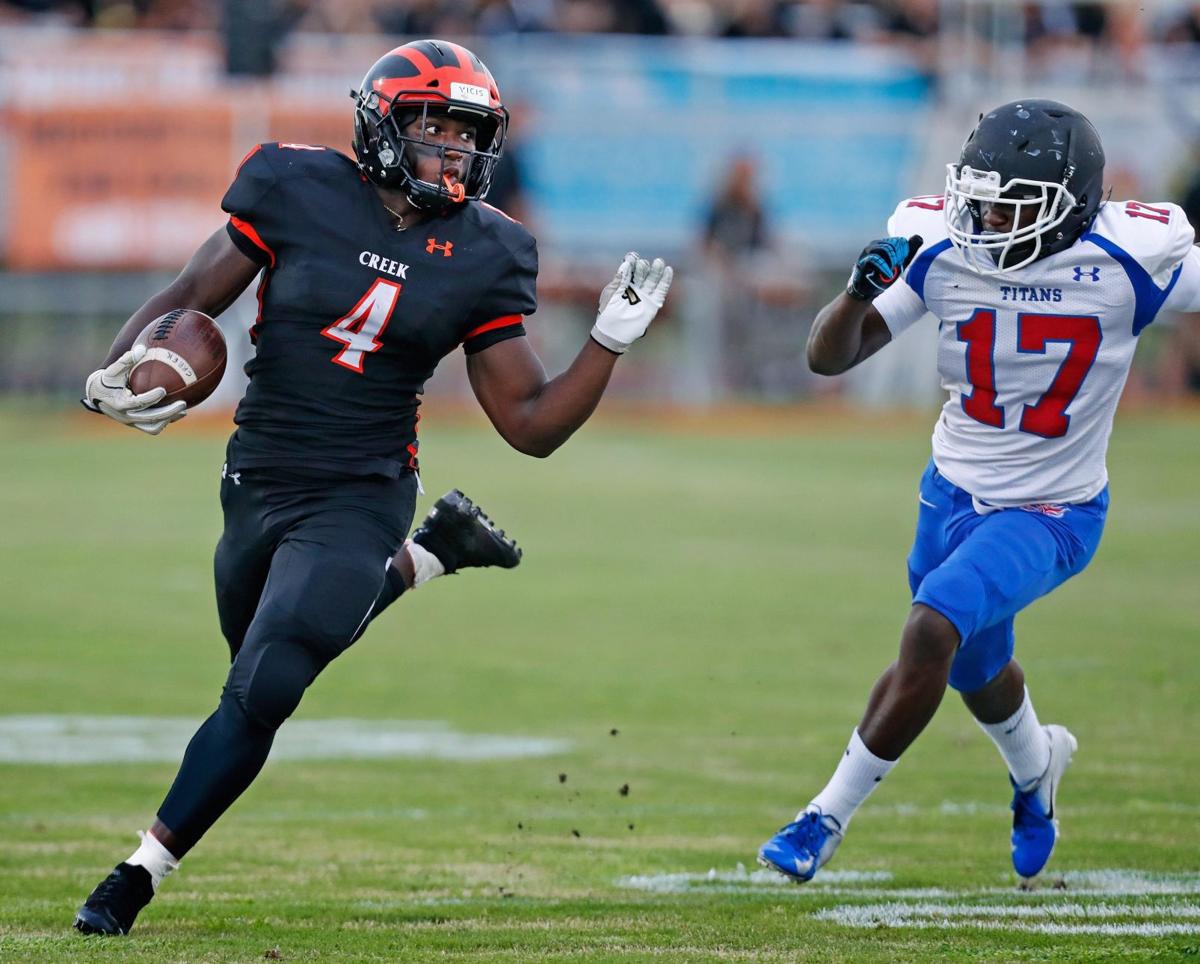 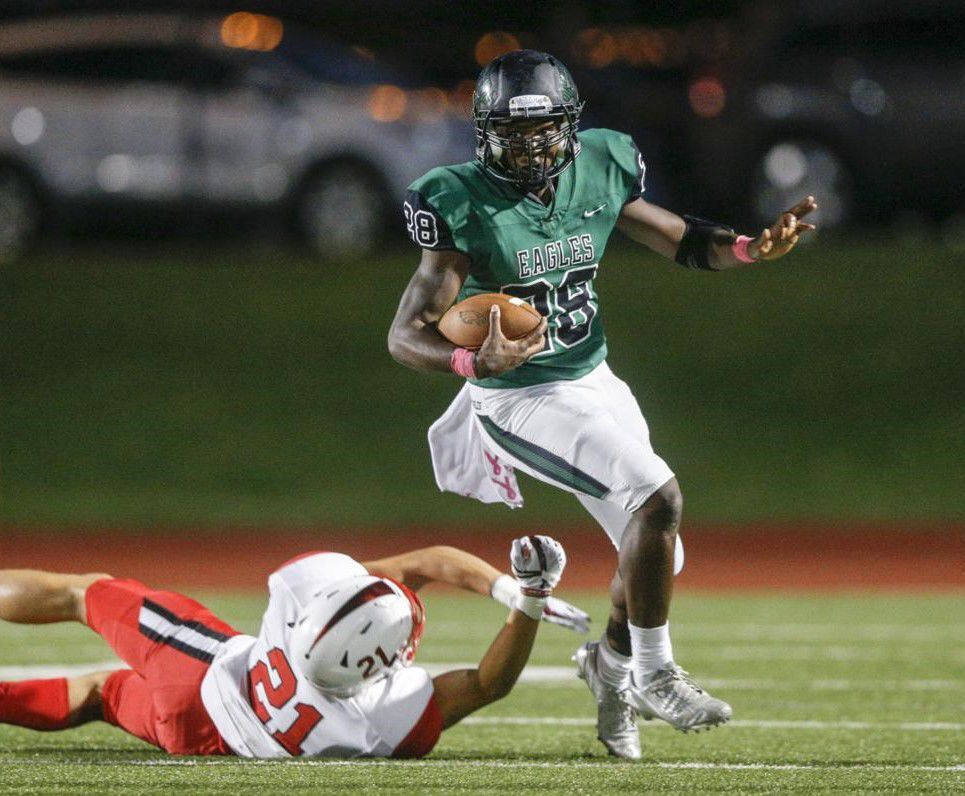 Maybe it’s because so many of the players Nebraska landed down the stretch of a frenetic finish before National Signing Day in December, or maybe it’s because the need wasn’t so glaring on the field in 2019 at times in the backfield as it was, say, at wide receiver or linebacker, but make no mistake about it: The Cornhuskers are going to rely on young guys at running back in 2020.

It will be up to incoming freshmen Marvin Scott III and Sevion Morrison, then, to determine just how fast each can get involved in the conversation for carries and playing time.

Both head coach Scott Frost and running backs coach Ryan Held last week expressed confidence either or both can do so sooner rather than later.

“Marvin Scott, I think, is as physically developed of a kid as we have in this class,” Frost said on signing day. “From a physical standpoint, I think he is ready to come in and play college football immediately. He’s really strong, really well-built, in good shape. I think he’s going to be ready to come and contribute and compete right away.”

Scott was not only a standout back at Spruce Creek High, but he’s also a state champion weightlifter, winning a title last year in the 199-pound division.

Scott was named the Daytona Beach News-Journal’s offensive most valuable player for 2019 after rushing for 1,477 yards and 18 touchdowns in his final high school season.

"He can get us the short yards, he can get us the long yards,” Held said. “He’s a guy that physically, there’s no question he’ll be ready to play early. With where our running back room is, he’s got to be ready.”

After starting three years — including as an eighth grader — at Warner Christian, Scott moved to Spruce Creek and continued putting up prolific numbers. The end result: a career total of 7,482 rushing yards.

“Coach Frost talked to him when his paper came in. He expects him to grow up real quick and give us some depth,” NU tight ends coach Sean Beckton told the News-Journal last week. “We only have a few returning scholarship running backs. It was one of the selling points. He saw the need factor.”

Morrison, the other half of the tandem, is a home-run threat and this year became Tulsa (Oklahoma) Edison High’s all-time leading rusher. A leaner back at 6-foot and 200 pounds, Morrison, Frost said, is a potential three-down back.

“He catches it well. He runs it well, has speed and can run between the tackles with his size. He’s really an all-around guy.”

Neither is an early enrollee, so both will likely be on campus in late May before NU’s summer conditioning program starts. When they arrive, they will join a room that features senior Dedrick Mills, redshirt freshman Rahmir Johnson and question marks beyond that.

Mills finished 2019 strong, rushing for 347 of his 725 yards at a 6.7-per-carry clip over the Huskers’ final three games, and helped provide a spark to an offense that eventually averaged a respectable 4.48 yards per carry (fourth in the Big Ten) and 203.3 per game (third).

Johnson showed signs of his potential and his toughness with a big workload against Maryland, but also preserved his freshman season, appearing in just four games.

There has been no official update on the status of Maurice Washington, who left the team midway through the season and did not return. Frost said he was slated to meet with Washington late last week, but nothing has come to light publicly about the nature of that meeting. Washington, as of Dec. 20, was not enrolled in spring semester classes, according to an NU admissions official. The registrar’s office official told the Journal Star that “most” students are enrolled for spring classes by this point, but not all. Enrollment doesn’t close until late January, after the semester begins and Washington remains listed on the team's online roster.

Ronald Thompkins will be a redshirt freshman but is a wild card from a health perspective, having had two knee surgeries in high school and another during the 2019 season. He did not appear in a game this fall.

Wan’Dale Robinson had a standout freshman season, of course, but Frost and the NU staff would like to keep from using him in a running back-specific role. In a similar vein, two other incoming freshmen, Alante Brown and Will Nixon, could provide some depth in the backfield or in the receiving corps.

Steven M. Sipple: Simmons' story of redemption can uplift even the grouchiest of grinches

"I see all the adversity and chaos that everybody else sees, but I don't see the benefit of feeding into it.

Henry Gray, the four-star defensive back who himself pledged to the Huskers in mid-September, is a quality recruiter in his own right.

A closer look at what made these offensive stars so elite in 2019.

Teams had their hands full creating a game plan against this group.

What if Nebraska's 2021 QB is right down the road? Meet Kearney Catholic's Heinrich Haarberg

There is no offer in place, yet. But Husker leader Scott Frost and quarterbacks coach Mario Verduzco could make a trip down I-80 sooner than later.

Next time Nebraska plays a regular-season game at Memorial Stadium, Bob Diaco will be back in the building.

A looming visit from a touted receiver prospect prompts a deeper dive into Nebraska's Class of 2020 optics.

A pair of promising Nebraska signees will showcase their talent on national television before arriving in the program's Class of 2020 haul.

Kpai made the transition from the pitch to the gridiron in seventh grade. Not a bad idea for the newest member of Nebraska's recruiting class.