SEWARD — Tanner Farmer is about to start practice, but before he does, he’s got to climb the rope.

At the moment, though, he's hanging out toward the back of the physical education building at Concordia University, past the football offices, in the Bulldogs' nicely appointed, though decidedly unfancy, wrestling area.

Farmer is mostly known as a football player around here, one who started 30 career games on the offensive line for Nebraska, including 11 at right guard and center as a senior in 2018 for coach Scott Frost’s first Husker team.

In this building, though, he is a wrestler.

Actually, the first part of that sentence really isn’t even required at this point. Farmer is a wrestler. Plain and simple.

Only 25 miles separate the bells and whistles and bright lights of NU’s football program and the NAIA mat Farmer now calls home, but to an outside observer, this couldn’t feel further from the spotlight.

“Coming here to Seward, people are like, ‘Oh, you went from the big show to a small show,’” he said. “To me, it really makes no difference.”

He’s focused on the task at hand: trying to win an NAIA national championship as a heavyweight wrestler.

Nobody could have guessed this path nine months ago when Farmer ripped out 39 repetitions on the bench press at Nebraska’s pro day and felt increasingly confident about his chances of being selected in the NFL Draft, least of all Farmer himself.

This dream on this day requires a bit of penance before the regularly scheduled work. Farmer left his headgear in the wrong spot and, for that, he’s got to attempt to climb one of the floor-to-ceiling ropes in the gym.

Rookie mistake, it seems. Farmer is a graduate student, but he's also a rookie, having only recently joined official workouts. In fact, his presence here at all, donning a singlet and competing at the collegiate level again, requires some explanation.

Farmer last spring was invited to tryouts with the Indianapolis Colts and Houston Texans after he went undrafted, but wasn’t offered a contract at either stop. Just like that, he went from feeling confident about his chances of being drafted to facing the prospect of not playing football at all.

“After football didn’t work out, I was lost,” Farmer said. “I didn’t know what I was going to do with my life. I knew I wanted to go into coaching, but it’s like, ‘Damn, I put in the work. I performed and it still didn’t work out. Is that what life is?’ There was a few weeks to a month where I just didn’t have a direction.”

He reached out to Gerrod Lambrecht, Frost’s chief of staff in Lincoln and a former offensive lineman at Concordia, who helped put him in touch with Bulldogs head football coach Patrick Daberkow. Concordia had a volunteer coach spot available and Farmer jumped at the chance.

As he learned the differences between the NCAA and NAIA, a revelation: The NAIA doesn’t abide by the same eligibility "clock" the NCAA does. Farmer’s five years of eligibility were up, but he had only been enrolled at the University of Nebraska-Lincoln for nine semesters. The NAIA allows eligibility for 10, no matter how spread out they are.

“I didn’t have to think about it. It was immediately, ‘Let’s wrestle. Let’s do it,’” Farmer said. “I kind of wrestled a little bit at UNL, but I was never able to take it seriously and see what I could actually do with it. I always felt like if I dedicated an entire year to wrestling, I felt like I would have been fairly elite in the NCAA. So, now I have that opportunity.

Recruiting Ticker, Jan. 30: Frost in to see 2020 signee Nixon on Thursday; stretch run is on

So far, it’s working better than anybody could have imagined. Farmer is 12-0 since joining the team midway through the regular season, when the spring semester started. He’s the top-ranked heavyweight in the conference and he’s improving in a hurry.

“We knew he was an athlete, we knew he was big and strong, but once we got him on the map and I got to roll around with him a little bit, I kind of knew, ‘OK, he can actually do this at a high level,’” Calhoun said. "… He’s the strongest person I’ve ever wrestled, and I’ve been in wrestling for over 20 years.”

Farmer joined the team officially four weeks ago, wrestling in his first event on Jan. 9. Calhoun, though, shows no hesitation when asked if the former football player can challenge for a national title.

“Absolutely. Absolutely,” he said. “He’s a legitimate threat to win a national title. And the NAIA is no joke. There are very good wrestlers at this level, but he’s absolutely got a legitimate chance at competing for a title.”

Farmer had to kick off some rust. His first match, he scraped by 3-2. He beat the same wrestler 8-1 later in the weekend. He’s notched wins over the No. 3-ranked heavyweight in the country and over Husker heavyweight Dave Jensen, a former practice partner of Farmer’s. They could see each other again this weekend at the Sioux City Open.

“I’m a lot better wrestler right now than I used to be, but I’ve also changed how I wrestle a little bit from high school,” Farmer said. “I just have more tools to work with now and it’s trying to use those tools most efficiently. I’d say the hardest thing right now is just getting in shape. Wrestling conditioning and football conditioning are totally different.”

It’s all a big change for Farmer, who came close to having a chance in the NFL before having to redirect. That stung, but he’s not complaining. This is his course, one that delivered him to Seward and gave him the unique perspective of being a coach for the school before he became a student-athlete.

“Part of my job, part of my responsibility coming in here as an older guy and with some of the experiences that I’ve had, is I want to help the coaches get our guys to that point, to where they’re as good as a lot of Division I guys, that they’re winning national championships at this level,” Farmer said. “There’s so much frickin’ potential here and I just want to help guys unlock it.

“That’s what I want to do with my life is be a coach or an athletic administrator of some sort, and to help men and women reach their potential and be as good as they can be.”

First, though, he’s chasing a dream of his own. A new one, yes, but a dream nonetheless.

First National Bank of Omaha and Nebraska Athletics are giving away 3,000 tickets to active military, veterans and their families to the sprin…

A former Husker leader on the move, final days before National Signing Day, Matt Lubick and NU hoops are all discussed on this week's episode.

The first verbal commitment of Nebraska's 2021 class is also the first to leave the group, he announced via Twitter on Wednesday.

Jaylin Bradley, a highly productive high school back at Bellevue West, appeared in the NCAA's transfer portal as of Tuesday morning.

Three Nebraska football signees for the 2020 class made the cut for 247Sports' final rankings update.

Updated information on Red-White Spring Game tickets, which go on sale next week

Season-ticket holders will be able to buy spring game tickets beginning Feb. 4, and the general public will follow the next day.

'A totally different world': Quiet NSD ahead for Huskers, many others as 2021s like TE Fidone take center stage

Nebraska may not sign anyone on Wednesday's second National Signing Day, another sign of college football's shift towards December's early date.

As a standout at Lincoln Southwest in 2018, Jorgensen earned first-team Super-State honors from the Lincoln Journal Star.

The longtime Spartans leader abruptly announced his intentions to leave the program Tuesday morning on Twitter.

After a dominating season at the heavyweight division, Concordia's Tanner Farmer was named Great Plains Athletic Conference wrestler of the year. 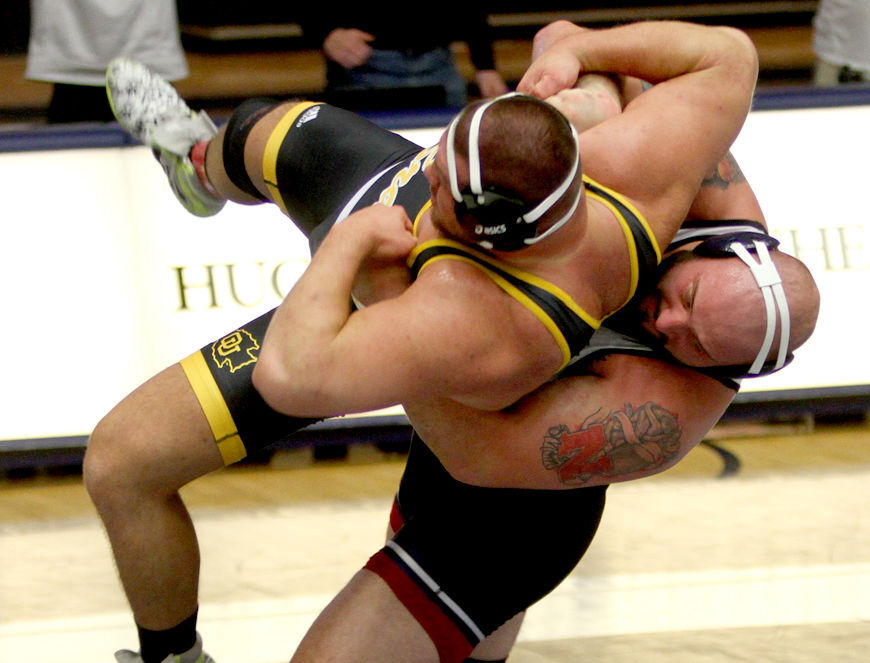 Former Husker football player and current Concordia heavyweight wrestler Tanner Farmer throws down his opponent in his first meet with the team in January. 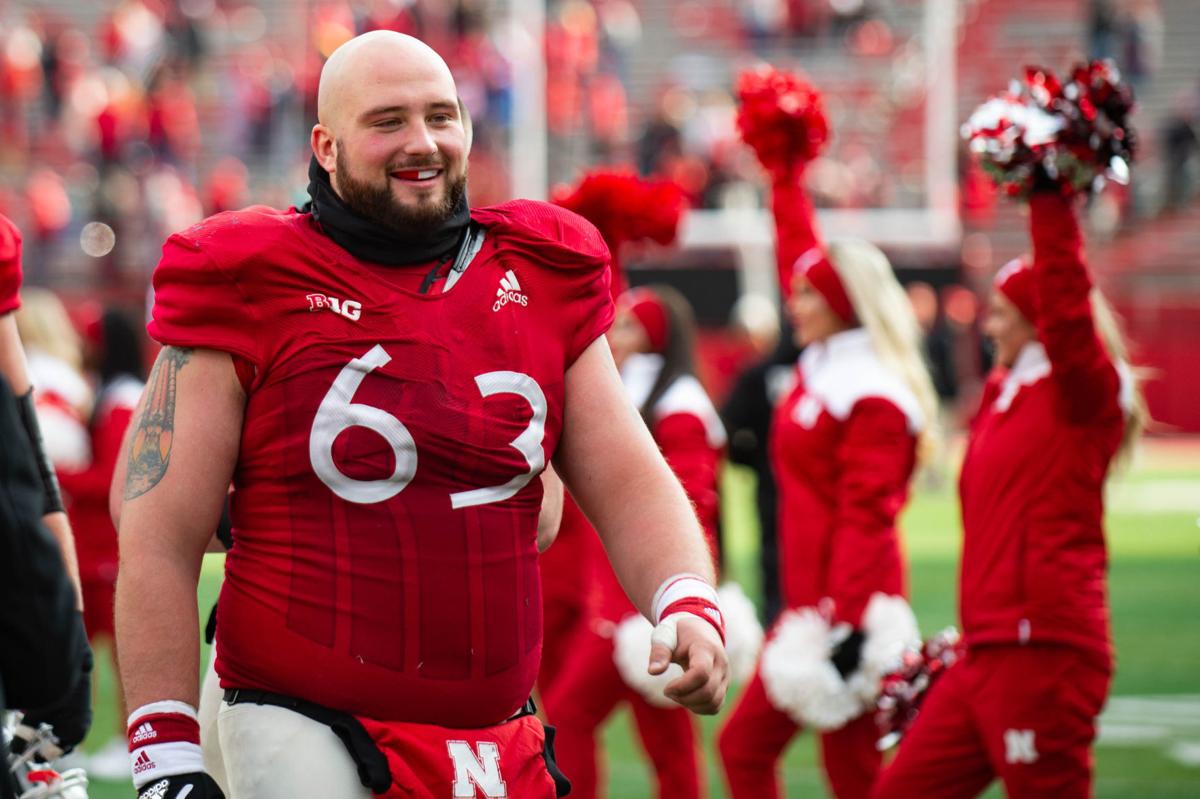 Nebraska offensive lineman Tanner Farmer walks off the field after the Huskers' 54-35 win over Illinois on Nov. 10, 2018, at Memorial Stadium.