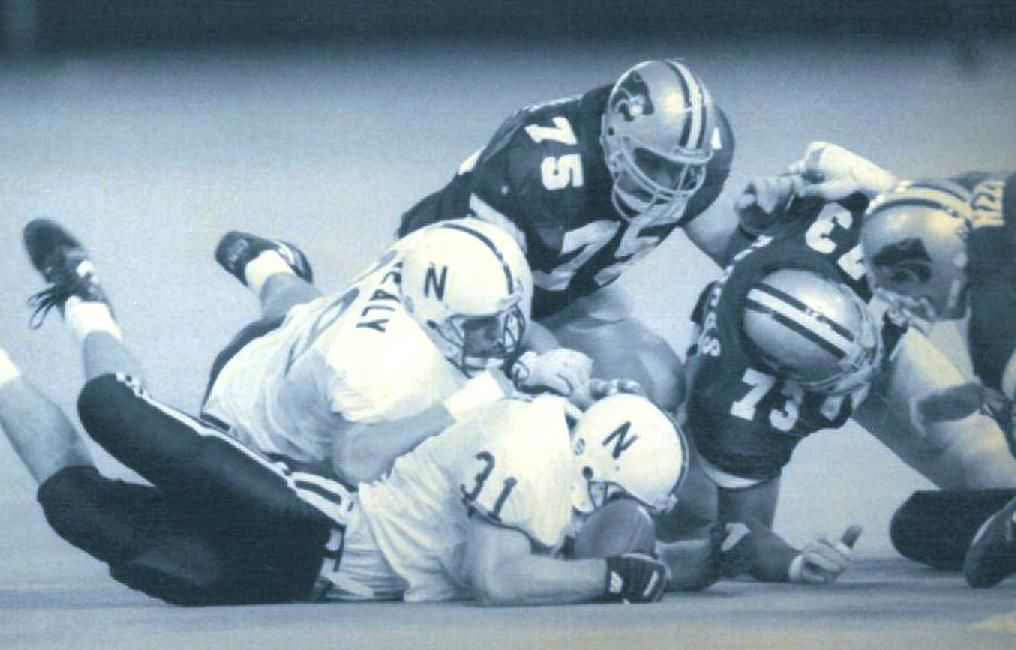 Nebraska's Steve Carmer recovers a Kansas State fumble in the second quarter of the Coca-Cola Bowl in Tokyo on Dec. 5, 1992. The Huskers defeated the Wildcats 38-24. 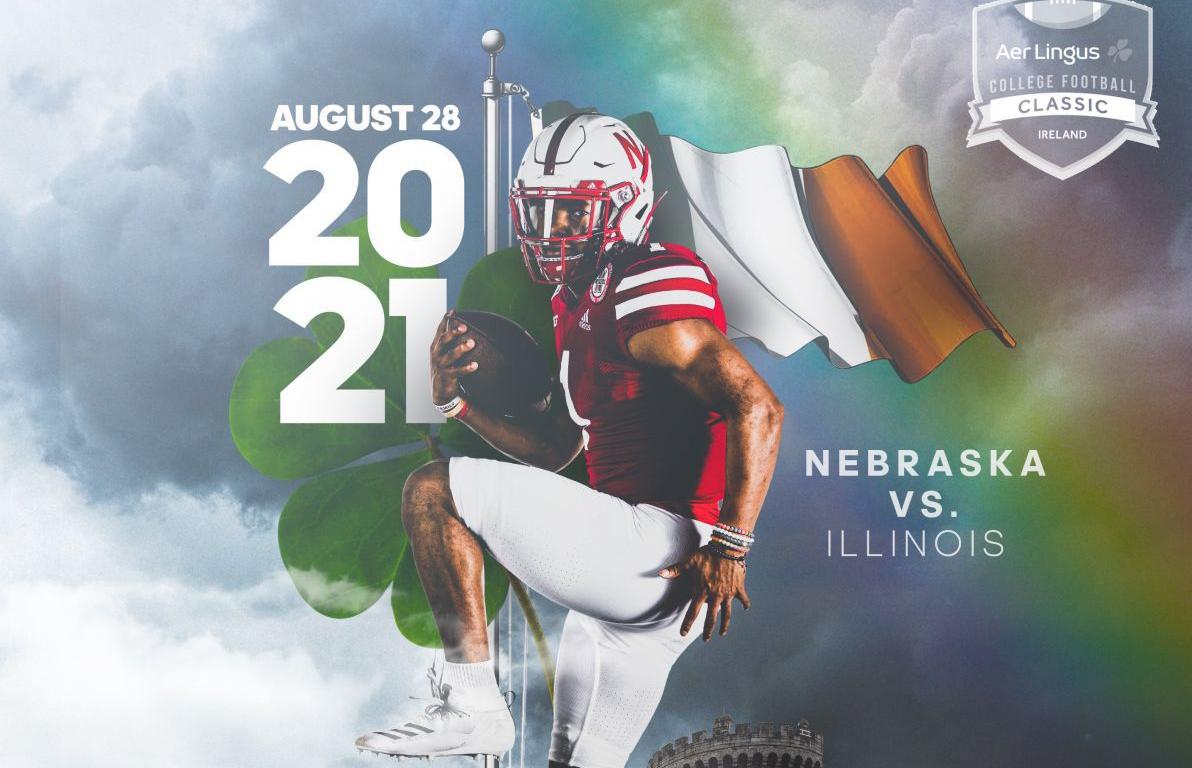 Nebraska football put out this image announcing the Ireland game.

The Nebraska football program is taking its show on the road in 2021.

Across the Atlantic Ocean, to be more specific.

The Huskers are opening the 2021 season against Illinois in Dublin, Ireland, according to a Monday morning news release.

The game against the Illini will be played Aug. 28, 2021, and is part of the Aer Lingus College Football Classic series at Aviva Stadium.

It will be the second game in a new five-game series of college games in Dublin. The first of those games will be a season-opening matchup between Navy and Notre Dame in 2020.

"Playing a game in Ireland provides another way to spread the Nebraska brand, and in this case on an international stage,” NU athletic director Bill Moos said in a statement. "We are always looking for new scheduling opportunities and when this was presented, Coach (Scott) Frost and I decided this would be an experience of a lifetime for the student-athletes in our program. This will also be a great trip for our fans, and knowing how Husker fans travel, it will be great to see Dublin, Ireland, turned Red."

The game was originally set to be played at Illinois later in the season. NU recently rescheduled a slated game with Northern Illinois, helping to create the flexibility to travel internationally for an early season game.

Instead of NIU, Nebraska will take on FCS Southeast Louisiana at Memorial Stadium on Nov. 13, 2021, the date the Huskers originally would have traveled to Illinois.

So the 2021 schedule now includes seven true home games and the neutral-site game in Dublin.

It will be the first game Nebraska has played internationally since taking on Kansas State in Tokyo in 1992.

“We look forward to taking our team to Ireland to kick off the 2021 season against Illinois,” Frost said in a statement. “This will provide great exposure for the Nebraska football program and the Big Ten Conference. Our first priority for the trip will be to play a football game, but it is also going to give our players a chance to visit a part of the world most of them will not have seen.”

The Huskers then return to Big Ten play with a road game at Michigan State and a home game against Ohio State. So it will be a challenging first month of the season for Nebraska, but also a scenic one.

Brett Maher, the pride of Kearney, Nebraska, did something Sunday that no NFL kicker has ever done.

Steven M. Sipple: Fuel up the Husker Air Fleet, Frost needs big injection of talent across the board

Although Nebraska football fans may not have heard much about the relatively new flight program for coaches, Husker athletic director Bill Moos emphasizes its importance in Scott Frost's program-building project because of its impact on recruiting nationally.

Husker Extra rewind: When you can't stop the run, problems pile up quickly

Steven M. Sipple: After miserable performance, it appears NU reaching a bowl game is no lock

With Saturday night's 34-7 win, Minnesota remains in the thick of the chase for first place in the Big Ten West Division. Meanwhile, you can almost count Nebraska out of the race, especially with Wisconsin (6-0, 3-0) flexing its muscles in such a powerful way. The Huskers at this point don't even look like a lock to reach a bowl game.

Nebraska will return from its bye week with an afternoon kickoff at home.

As the Nebraska football team trudges into its first of two bye weeks this season, the team clearly has plenty to sort out before hosting Indiana on Oct. 26. Parker Gabriel examines four specific areas.

Asked Tuesday what he considers his biggest current challenge as the Husker play-caller, Frost pointed to a combination akin to sludge buildup in a normally clean-running engine: a notable lack in both explosiveness and consistency.

Grant Tagge has always wanted to play football for Nebraska and, earlier this month, he earned the chance.

After suggestion from fan, John Cook also is trying to take the NU volleyball team to Ireland to play

In his 20 years as Nebraska volleyball coach the motto for coach John Cook has been to dream big. His latest? Join the football team in Ireland in 2021.

Nebraska's Steve Carmer recovers a Kansas State fumble in the second quarter of the Coca-Cola Bowl in Tokyo on Dec. 5, 1992. The Huskers defeated the Wildcats 38-24.

Nebraska football put out this image announcing the Ireland game.