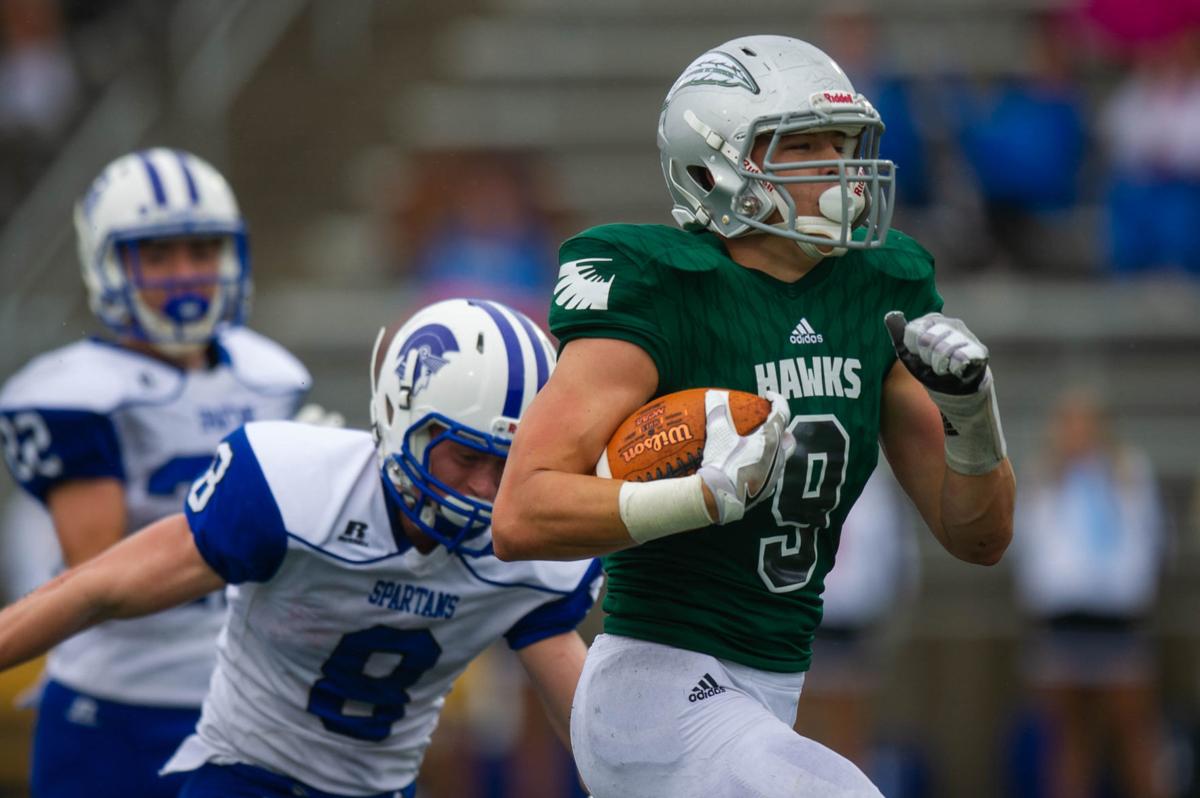 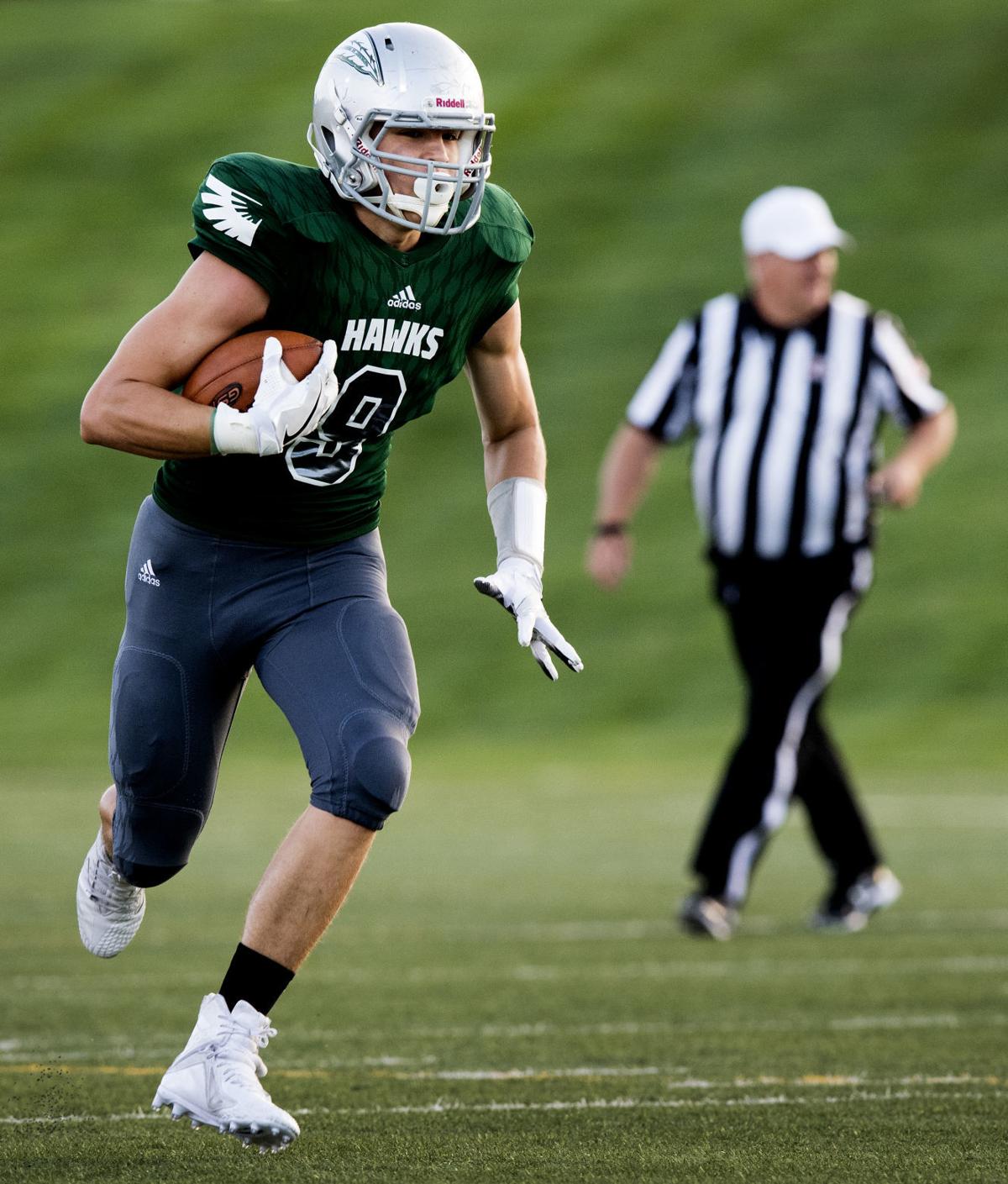 Lincoln Southwest's Nick Leader (9) runs after a first down reception in the first quarter against Elkhorn on Thursday at Seacrest Field.

Lincoln Southwest defender Nick Leader announced his intention to walk on and play for the Huskers on Sunday night, becoming the third player in a week to do so and the 11th known member of the class overall.

Leader, a 6-foot-2, 205-pound defensive lineman for the Silver Hawks, announced his pledge on Twitter, writing, "After lots of time and thought, I've realized there is only one place I see myself playing football at the next level and getting an education for the future."

I am excited and humble to announce I will be committing to the University of Nebraska! Thank you to everyone who has helped me along the way! #GBR #Homegrown 🔴🌽 pic.twitter.com/W3l3Cl2LdC

Leader certainly had options but chose walking on at NU over several Division II scholarship opportunities.

As a senior, Leader racked up 76 tackles (19 for loss) and nine sacks for Southwest, earning first-team All-City honors from the Journal Star in the process.

He joins a pair of teammates in linebacker Caden McCormack and kicker Dylan Jorgensen as Silver Hawks in the Huskers' 2019 walk-on class.

Leader is an NU legacy as well. His father, David, was also a walk-on for the Huskers in the early 1990s.

Meet the All-City football team chosen by the coaches.

Two of Nebraska's 2019 verbal commits were honored Thursday for being the top players in their respective states.

Justin McGriff is transferring from Nebraska after a redshirt season. He did not appear in a game for the Huskers.

Nebraska’s coaching staff took a family road trip to Kentucky on Monday, and just about everybody was invited.

Burke's Hickman enjoying final days of high school, but ready to get to work with Huskers

The end of high school is coming up fast for Chris Hickman.

In pondering USA TODAY writer Paul Myerberg's list of the top 10 contenders for the 2019 Heisman Trophy, it occurs to me that Nebraska quarter…

In pondering USA Today writer Paul Myerberg's list of the top 10 contenders for the 2019 Heisman Trophy, it occurs to me that Nebraska quarter…

Lincoln Southwest's Nick Leader (9) runs after a first down reception in the first quarter against Elkhorn on Thursday at Seacrest Field.