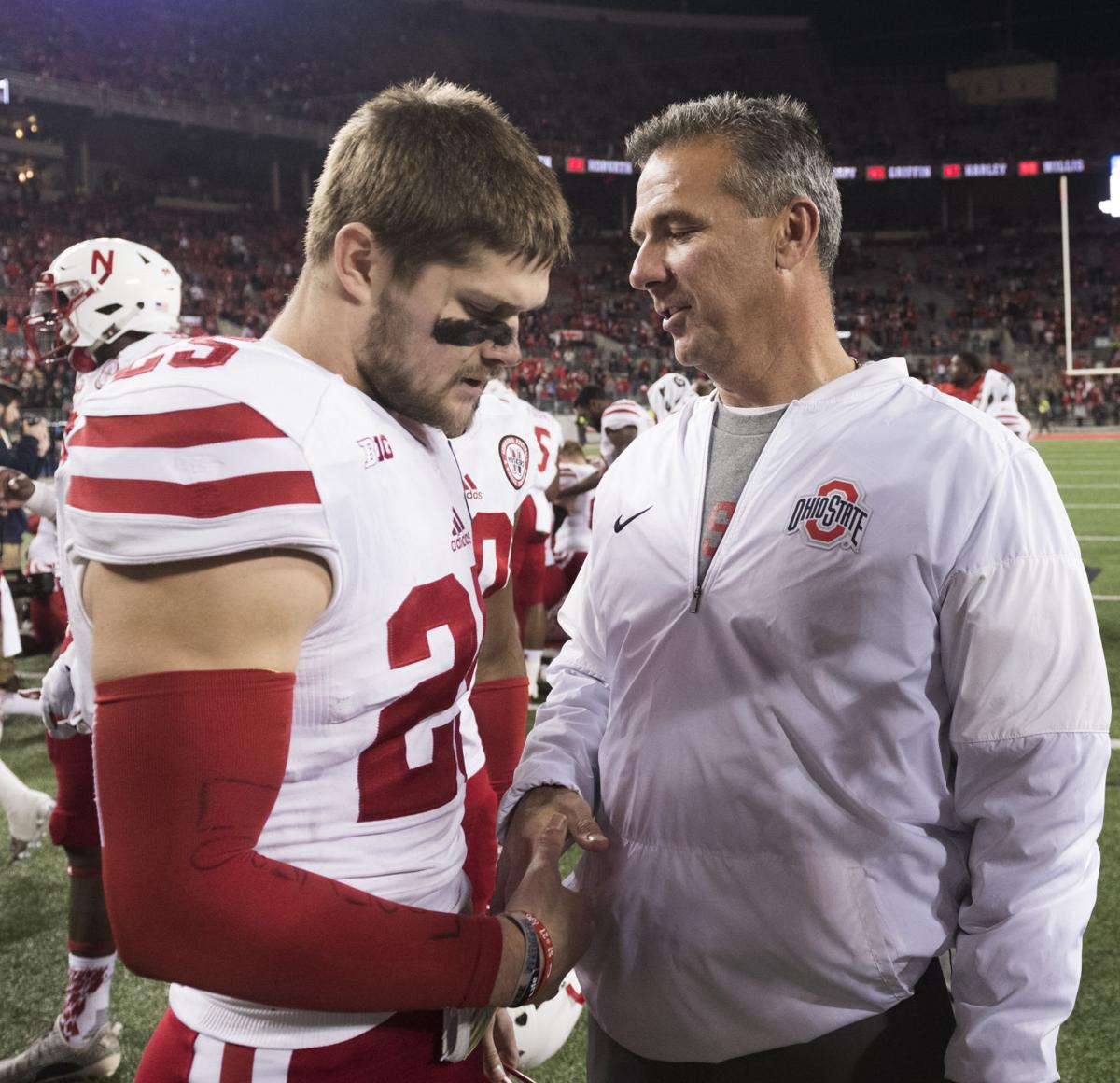 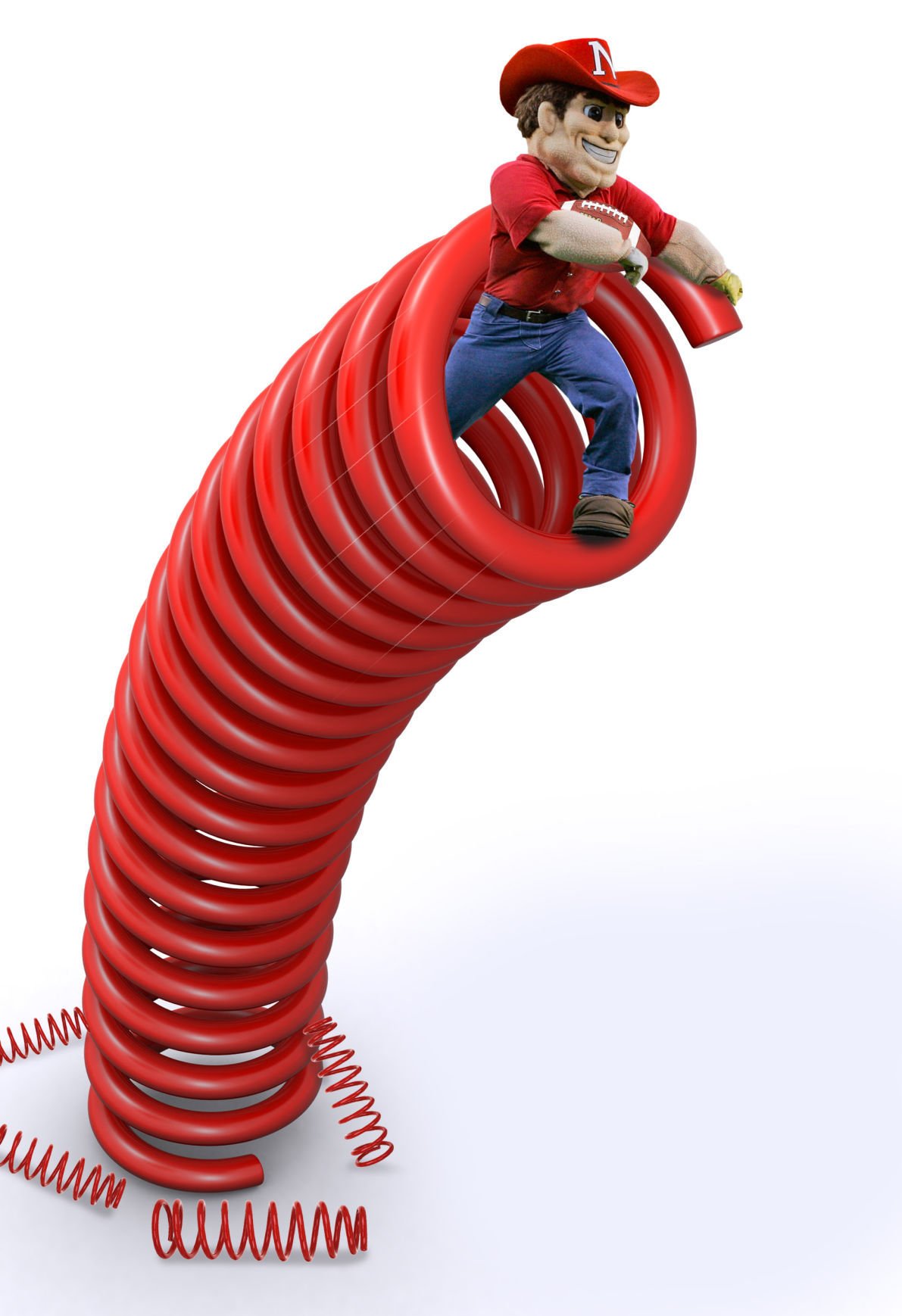 There was a point earlier in the night when his teammates probably wondered if he'd be on the same flight home with them.

Now, Tommy Armstrong, having been carted off the field just two hours earlier and taken away in an ambulance, was not only with them as they prepared to make the walk to the bus outside of Ohio Stadium last Saturday. He was also the one with something to say in an otherwise quiet locker room.

Nebraska's senior quarterback didn't bang on his teammates after their 62-3 loss to Ohio State. He took a far different approach.

According to senior defensive tackle Kevin Maurice, Armstrong's message was: "There's nothing to hang our hats about, 7-2 is nothing to be ashamed of or anything like that. Yeah, the game didn't go in our favor, but we still have a lot to play for."

As the Huskers traveled home that night, embarrassed as they were by the score, Maurice didn't see a team ready to fold this season. The opposite, actually.

Nebraska indeed still has the opportunity to finish 10-2 in the regular season. This program hasn't had double-digit wins in four years. Given that many would not have predicted that in August, no one should act like it's not a significant feat if it does occur three weeks from now.

There's also the chance, though some Husker fans may actually cringe at the thought given the potential opponents, that this team could still win the Big Ten West Division and end up in Indianapolis if the Huskers win out and Wisconsin slips up.

But it's also fair to wonder what the team that's been praised for its fourth-quarter work has left in the tank now as it meets the fourth quarter of this season.

Football seasons are a grind to begin with. When you add in true tragedy before fall camp even began with the loss of a teammate, a very public suspension of a position coach, a serious injury to one of the best O-linemen, all the challenging fourth-quarter wins, then two humbling Saturdays on the road against top-10 competition? Yeah, a season can seem even longer then.

Given everything that happened, August sure seemed far longer than 31 days for anyone close to the Husker program. And that's before a game was even played.

It's interesting, though. Ask some Huskers about any worries of hitting an emotional wall, and they say they expect to actually be stronger down the stretch because of what they've been through.

"I feel like we are all grown men and we do our best to stay together and when we have something like this, not to let it break us up," said junior safety Kieron Williams. "Things that we did go through in the offseason ... brought us closer together.

"So times like this, it's not frantic, like, 'What do we do now?' We are going to go to the next week and go to the next game and win the rest of the games we have on our schedule."

It wasn't easy viewing, mind you.

Linebackers coach Trent Bray admitted he waited until Sunday morning to watch it for the first time. He usually views a replay on the flight home. He wasn't yet ready to see that calamity so soon after it finished.

But, as senior wide receiver Jordan Westerkamp reminded, the 24-hour rule must apply to all games — good and horrible.

The Huskers licked their wounds and then they moved on. At least that's what they say.

"There's basically no choice," Maurice said. "Harp on that game and have it hang over to this game? You just can't do that."

Husker cornerbacks coach Brian Stewart made sure to stress that in his first position-group meeting after the game.

"The truth of the matter is, I told the guys, the best way to get over somebody is to get on somebody else, and that's what we've got to do," Stewart said. "Just keep a laser focus."

Sure, feelings were hurt by that showing. Especially when that embarrassment comes before a nationally televised audience in a game that was being promoted all week long.

"The main thing you got to do as a coach, you can't let your feelings, how they feel about the game, humiliate those poor guys, because they were out there too," Stewart said.

Bray put it another way: You can't all of a sudden stop liking your team because it had one really bad day.

That's no doubt a thought that comes from the man at the top of the program.

Five days after the debacle and two days before a chance to play again, Husker head coach Mike Riley said, "I'm real fired up about our team's opportunity to kind of reset and play like we can."

That positive stuff that happened before last Saturday, Stewart points out, doesn't just get pushed to the side.

He feels this team, and that defense in particular — which dropped from 20th in total defense to 35th after the Ohio State game — has produced enough good moments this season to not have its confidence shaken by a one-week avalanche.

"I just think as coaches and as teammates, we don't harp on, 'That's what happened last time.' Instead just harp on, 'This is what we're going to do now.'"

Armstrong suited up, will start against Gophers

He got the green light. Tommy Armstrong is suited up.

Matt Millen arrived at Memorial Stadium at 11 a.m. Thursday. He chatted with Mike Riley for a bit but stayed on task.

The CBS Sports College Football Rundown crew discusses which teams should be on upset alert heading into Week 11.

Jamie Belt is in his second year as an assistant strength and conditioning coach at Nebraska, working directly with the football program.

Husker Extra's Brian Christopherson gives you the names and numbers to watch for Minnesota at Nebraska.

Steve Sipple and Brian Christopherson call over or under on stats from Nebraska vs. Minnesota and pick a game winner.

Keys to win: Nebraska vs. Minnesota

Steve Sipple and Brian Christopherson give three keys to a Nebraska win against Minnesota.

Huskers find a way to rally and win ... again

It's just sort of what they do, these guys. Walk to the edge of the cliff, peer down, cause their fans to say words that their mothers would n…