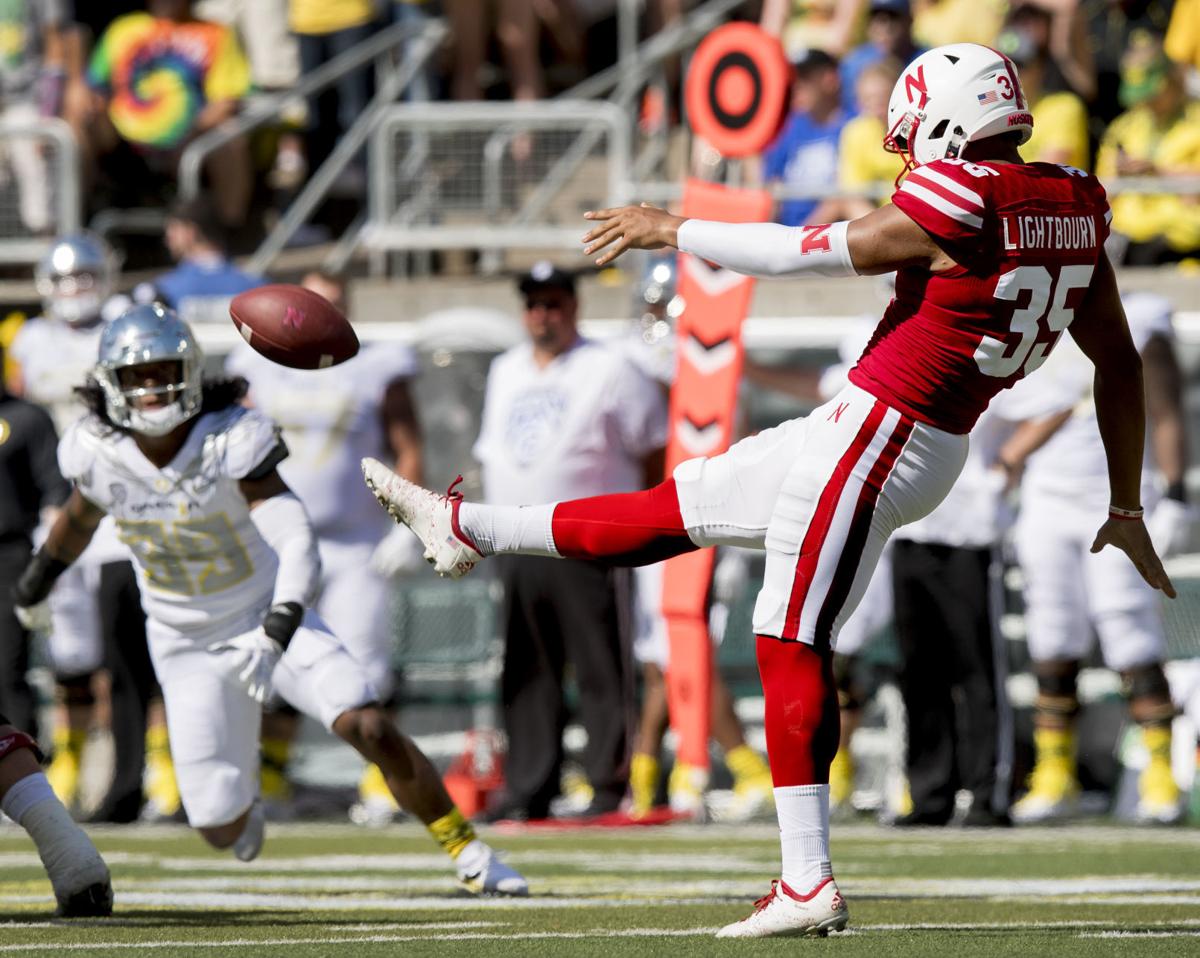 Nebraska punter Caleb Lightbourn gets a punt off cleanly against Oregon in 2017 at Autzen Stadium. 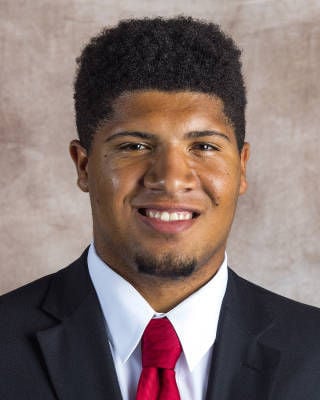 The Washougal, Washington, native entered his name into the NCAA's transfer portal, meaning coaches from other schools are allowed to have contact with him, an NU spokesman confirmed Monday.

Lightbourn lost his starting job in the middle of last year to walk-on Isaac Armstrong. He participated in spring ball and was on the White Team for Saturday's Red-White Spring Game, which was made up mostly of back-ups and scout teamers.

In a Tuesday statement on Twitter, Lightbourn acknowledged the trouble he's had getting back into form after sliding into a funk in 2018.

"I battled adversity when I first came here," he wrote. "And I will continue to battle adversity as I leave, as I learn to master the mental side of the game."

Lightbourn also wrote, "I've given this team and state my all and you all gave it right back. I leave with no regrets."

Lightbourn started his first two years here and was a strong incumbent into 2018 before losing his job after 148 career punts for Nebraska. He has not used a redshirt, so theoretically Lightbourn has two years to play one.

Just because a player is in the portal doesn't guarantee that he will transfer, but in all likelihood Lightbourn will play elsewhere in 2019. When a player enters his name into the portal, the school can end his scholarship at the end of the semester. In rare occasions -- for instance, NU walk-on quarterback Andrew Bunch -- there may be an agreement between the player and coaches to look around, but that will be much more the exception than the rule.

Armstrong is the favorite to win the job in 2019 and is joined by fellow senior walk-on Jackson Walker. Michigan State transfer William Przystup joins the fold this summer, but under normal transfer rules will not be eligible until 2020 at which point he'll be a sophomore.

For the Huskers, it only took one day after spring ball ended for the attrition to begin. As it stands, NU now has 84 scholarship players and 15 seniors.

Nebraska's defense by all accounts had a productive spring. What's next for the Blackshirts?

Four-star offensive lineman Turner Corcoran told Scott Frost he was committed to Nebraska on Friday night and announced it publicly Saturday after the Red-White Spring Game.

The Red-White Spring Game really did feel like a celebration on Stadium Drive. It was what a spring game should feel like. And the key stat: No significant injuries to report.

Just before Nebraska began its walk from the locker room under North Stadium toward the field early Saturday afternoon, a minute-long montage …

More of the same for Huskers on Saturday: Signs of promise, much work remaining

On a day that largely felt like a party at Memorial Stadium, the Red-White Spring Game itself felt workmanlike.

With Vedral's improvement, McCaffrey's potential, Huskers show they have viable options behind Martinez

Catching up with Nebraska 2020 recruiting targets Jamar Sekona and Xavier Betts after unofficial visits to Lincoln for the Red-White Spring Game.

Nebraska's 2019 defensive line was already shaping up to be perhaps the strongest unit on Erik Chinander's side of the ball.

With injury behind him, Casey Rogers wants to help carry 'our brand' for NU's defensive line

Nebraska football picked up what could be a sizable addition — in more than one way — with the verbal commitment of 2019 junior college defensive lineman Jahkeem Green, plus other notes.

Nebraska's veteran defensive linemen are impressed with walk-on offensive lineman Trent Hixson, who looks like the favorite at LG coming out of spring ball.

During the NFL’s offseason, there is a small cadre of former Nebraska offensive lineman that regularly work out on campus.

Monday rush hour is over, so it's a good time for a drive.

Nebraska punter Caleb Lightbourn gets a punt off cleanly against Oregon in 2017 at Autzen Stadium.