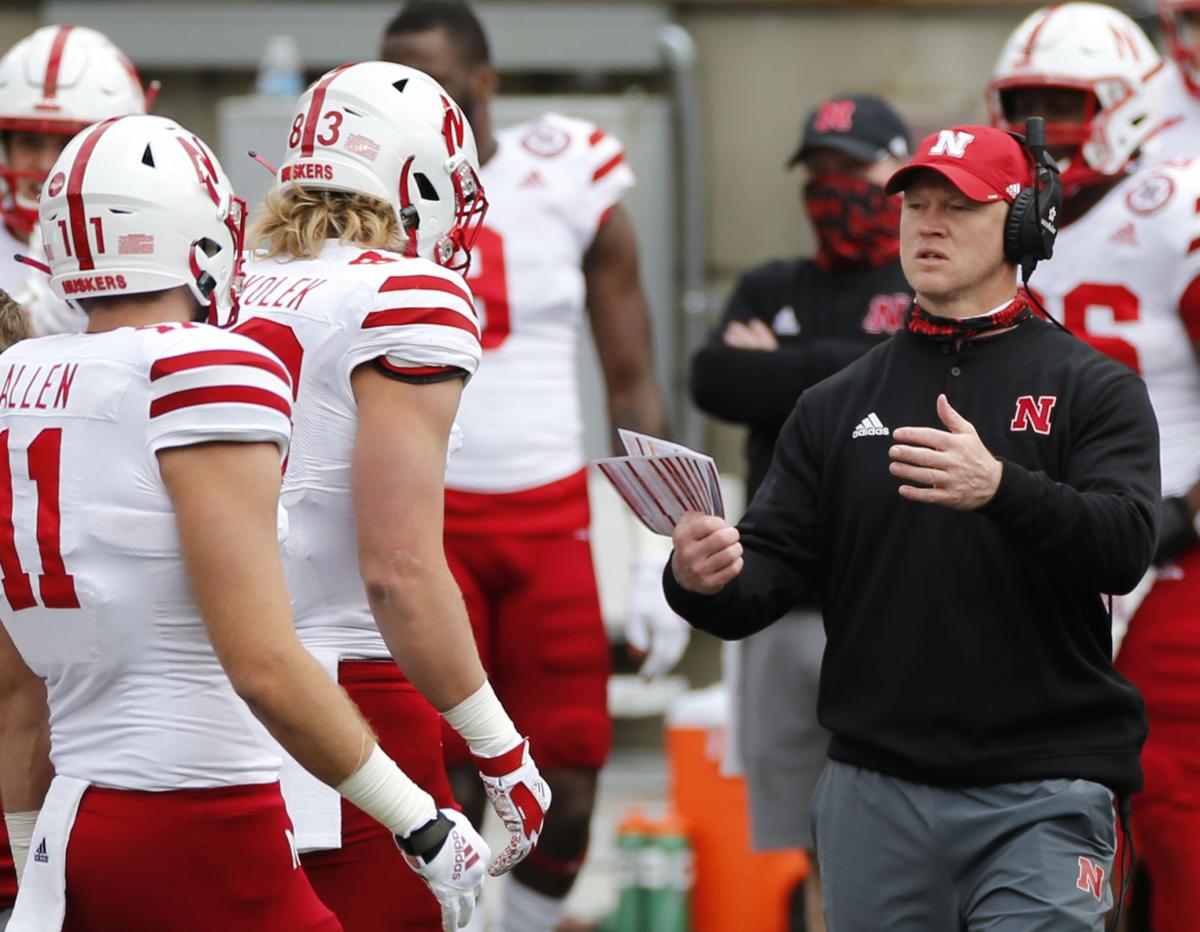 Nebraska head Scott Frost talks with players during on Oct. 24 contest against Ohio State on Oct. 24, 2020. 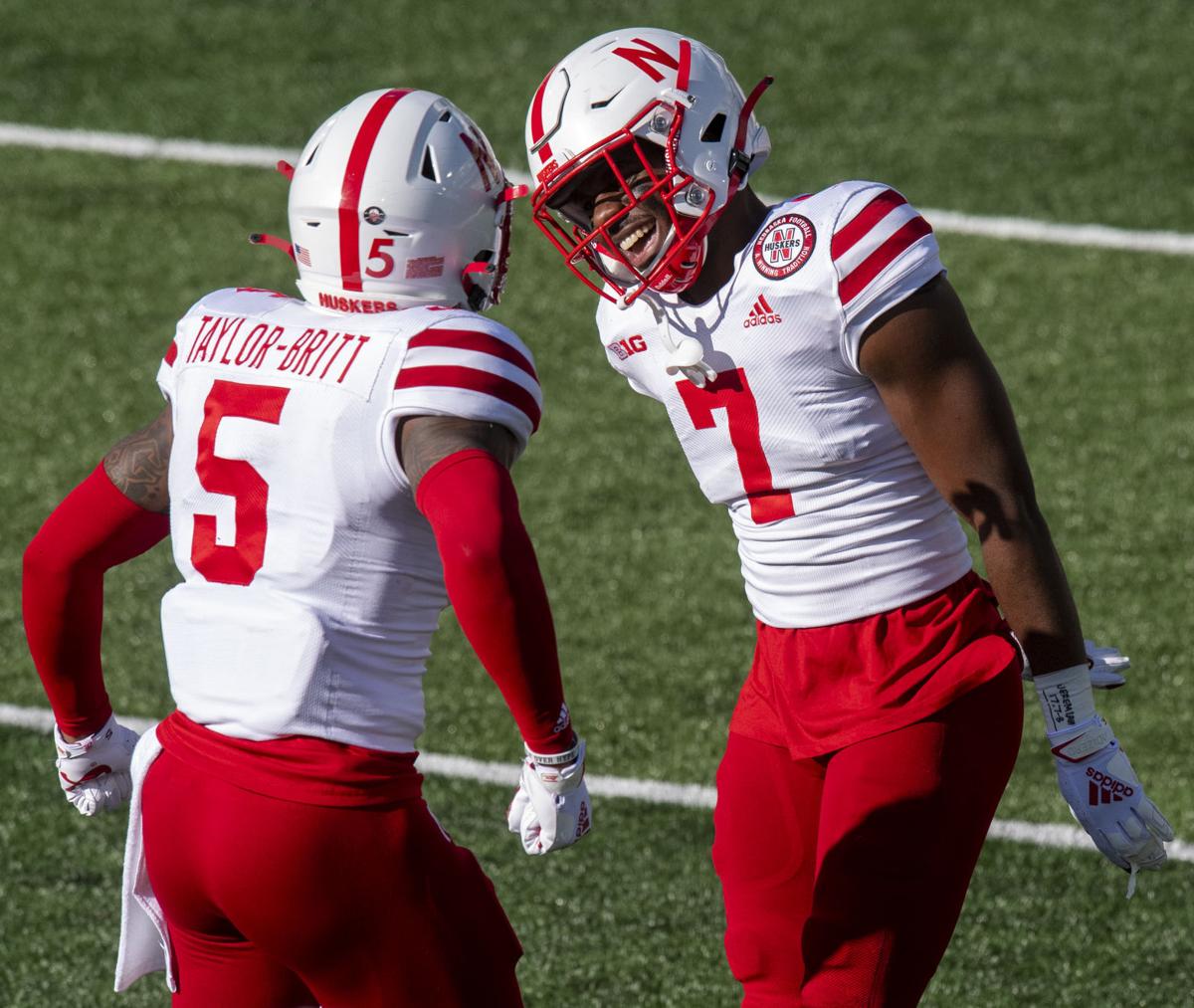 The offseason for Nebraska’s football program is a week old and for now players and coaches are largely scattered.

Once the season ended last weekend and the Husker players decided not to play in a bowl game, most players headed home for the holidays. This year as much as ever, the deep breath is probably needed after all of the weirdness of the past nine-plus months.

All the same, an active couple of months are ahead. There are many decisions to be made that will affect the program in 2021 and beyond.

So, let’s take a look at how the coming two months or so set up.

Last week the Journal Star looked more specifically at NU’s set of seniors and their decisions whether to return and use the NCAA’s extra year of eligibility. Two decisions are in: Tight end Jack Stoll will prepare for the NFL Draft, and offensive lineman Boe Wilson is going to try to play another season but will do it elsewhere.

Nine more scholarship guys still have choices to finalize. They have until Jan. 17 to do so. If the Huskers were to get a couple of starters back on defense, even that would go a long way toward fortifying what looks at this point like a talented but young set of replacements on Erik Chinander’s side of the ball.

Senior running back Dedrick Mills’ situation is a good example of why many have tough calls to make. A healthy year as a featured back in 2021 might help Mills’ stock at the professional level, but NFL shelf life is short and Mills is five years out of high school already. What to do?

Then, will there be any surprises from underclassmen?

Some kind of movement on college coaching staffs has become more the expectation than the exception. Nebraska head coach Scott Frost brought his entire staff to Lincoln from Central Florida in December 2017, an almost unheard-of show of unity, and even so there’s been at least some movement in each of the past two offseasons.

It hasn’t happened immediately, though. After the 2018 season, Mike Dawson left for the New York Giants in February. After the 2019 season, Jovan Dewitt and Troy Walters’ departures were finalized well into January.

In college football this year, the coaching carousel has moved a bit slower so far, likely due in part to the coronavirus pandemic. At present, the only FBS head coaching job open is Boise State. Certainly, there are staff openings and more movement could come at any time.

Maybe there’s a big surprise coming from the college coaching ranks. Maybe Frost decides he has to make a move. Or maybe it will be a relatively quiet winter on the coaching front.

Nebraska heads into 2021 with five spots left to fill in its current recruiting class. One date to watch is Jan. 2, when four-star linebacker Wynden Ho’ohuli is expected to announce his college choice as part of the All-American Bowl’s festivities on NBC. The game itself is not happening, but several players are still going to commit on that day. NU’s been in the mix for the 6-foot-3, 220-pounder for a while now.

Thankful for everyone that supported me throughout this journey , it doesn’t end here!! 💰 https://t.co/X15w80Y5Tk

Who else? The Journal Star covered some candidates such as defensive lineman Tiaoalii Savea (Las Vegas), defensive back Avante Dickerson (Omaha) and others last week.

Whatever room remains in the class after Feb. 3 — somewhere between four and two spots, most likely — NU will have to operate with on the transfer market over the remainder of the offseason.

In the meantime, the Huskers are also full-bore into recruiting the 2022 class. When will the first player jump on board for that group?

Speaking of the transfer market, Nebraska will almost certainly have more movement on that front, too. The NCAA transfer portal has become ubiquitous in the college football conversation. The number of players currently in the portal far outstrips the number of scholarship spots available around the country, but that hasn’t stopped athletes from exploring their options.

So, what to expect at Nebraska? It’s impossible to know categorically, but here’s what we can piece together.

By the Journal Star’s count, the Huskers are currently sitting at 87 scholarship players before factoring in the 10 seniors who can return without counting against the 85-man limit. As outlined above, there are five spots remaining in the 2021 class. Fill those and you’re up to 92.

That would mean at least seven departures in some way, shape or form. Could be straight transfers, medical retirements or anything else.

Every year is different, but take last offseason as an example: NU had 10 scholarship players leave the program between the end of the 2019 season and the start of spring ball. Three were dismissed and seven others transferred or medically retired. Overall for the offseason, 16 scholarship players ended up leaving. Sometimes transfers come as a surprise to the coaching staff, oftentimes they do not.

For all the interest in comings and goings, the bedrock of Nebraska’s offseason will be winter conditioning and then spring ball.

UNL’s spring semester doesn’t begin until Jan. 25. Nebraska’s players will likely be back on campus sometime shortly before that. That's the time, too, when Nebraska will welcome 13 early enrollees to campus and get them integrated into the program.

The program’s official winter conditioning program typically lasts somewhere in the neighborhood of seven weeks. Even if the Huskers started, say, a week before the semester begins, that still probably tracks toward a slightly later-than-normal start to spring ball.

One element NU doesn’t have to contend with this year is spring break, which has been removed from the academic calendar as the university tries to navigate another semester affected by the pandemic.

Athletic director Bill Moos has said repeatedly that his goal is to have fans back in Memorial Stadium for a Red-White Spring Game and that it would be a “celebration” if it happened.

Realistically, the Huskers would be more than happy just to get a full 15 practices in this spring.

Between now and then, though, there will be plenty of activity.

Moos: After 2020 building block, Big Ten West contention 'should be in the conversation' for Huskers in 2021

Bill Moos liked what he saw in the Huskers' final game as he discussed the path forward after a 3-5 season.

3 Husker football players get diversion for loud party in September

If Huskers John Bullock, Cooper Jewett and Caden McCormack complete the program successfully, the charge will be dismissed and their cases sealed.

If you're sizing up any organization's culture, you look toward areas where people don't get much credit. Like special teams.

With Dicaprio Bootle's decision, five Nebraska seniors now have made public their plans and each is leaving.

Nebraska head Scott Frost talks with players during on Oct. 24 contest against Ohio State on Oct. 24, 2020.