For Paul “Jake” Jacobsen, it’s the pump house that comes to mind first.

The family farm near Firth had one for a well and, every fall, one of the many projects was to stack straw bales around it in order to keep it from freezing as the temperatures dropped.

The soundtrack: Nebraska football on KFAB.

“In our house, Lyell Bremser was king,” Jacobsen said.

This fall's Special Section is a salute to Nebraska football fans. Take a (digital) stroll through it

Steven M. Sipple: We're thinking of you, Nebraska fans, and much better times ahead

Long before Kent Pavelka first started as the color commentator alongside Bremser in 1974, he, too, associated listening to football on the radio with being outside.

By the time he was 24, though, Pavelka joined Bremser in the KFAB booth. Bremser by that point was already 32 years into his career calling Nebraska football. The duo spent the final decade of the multi-station era together before the broadcasting rights were consolidated into the Husker Sports Network in 1984.

“He was the vice president and general manager of the station and he owned part of the station, which most people don’t know,” said Pavelka, the longtime voice of Nebraska men’s basketball. “So he was the radio play-by-play guy, but to me he was the boss. He was the supreme leader. And he was way older than I was, so he intimidated the hell out of me. He took the broadcast so seriously, which was great; I did, too.

“But I felt a lot of pressure and he wasn’t reticent about being a taskmaster. It wasn’t that much fun. It was stressful. It wasn’t like me and Matt Davison being on the road together.

“Having said that, he was a great guy, he was the consummate pro and he taught me everything.”

There were many others, too. Ray Scott. Tom Hedrick. Jack Payne. Dick Perry. Bob Zenner. Joe Patrick. The list goes on and on.

Jacobsen now has what must be one of the biggest NU football audio collections in existence. The Wahoo resident has recordings going back as far as the 1941 Rose Bowl and, “with the exception of a few holes,” includes virtually every game from the past 50 years.

Even before that, Jacobsen said, Bremser and Patrick would switch off doing play-by-play and analysis, with one handling the first and third quarters calling the action and the other handling the second and fourth.

“I would say a golden era of broadcasting, when you get into the late 1960s and early ’70s, the KFAB team of Lyell Bremser, Jack Payne and Dave Blackwell, those guys were a blast to listen to,” Jacobsen said. “Dave Blackwell was hilarious. I mean, he had some one-liners.”

Not long after, Pavelka joined KFAB. The station was the big dog on the block, so to speak, but even so, Pavelka said they were well aware of the competition for listeners. Funnier, though, was the competition for space as the number of markets with several radio broadcasts dwindled.

Back then, Pavelka said the decision to add one sponsor — and, thus, more commercials — was a big moment.

“I remember when we were doing football, about halfway through my years there, we had a major sponsor is what we called it, but we had like two or three sponsors that got commercials inside the broadcast, and we added another one and it was like, ‘I don’t know if we should do this, are we getting money hungry or something?’” Pavelka said.

Now, of course, broadcasting rights and licensing at the major college level is big business. Nebraska in fiscal 2019 reported nearly $28 million in Royalties, Licensing, Advertisement and Sponsorships, which includes revenue from its affiliation with Learfield/IMG but also other areas.

“It’s a monster,” Pavelka said. “It’s just a monster. It's a huge enterprise.”

It’s also central to the way Nebraska football fans have kept up with the Huskers for generations. Of course, when games were only broadcast live once or twice a year, you had to be more patient about getting eyes on the big moments.

“Lyle Bremser would describe a play and he would get so excited, and he would say, ‘Wait til you see that on the tube,’” Jacobsen said. “You lived for the 6 o’clock news or the 10 o’clock news and you lived for the Tuesday night show on Channel 12 where they showed the whole game film with the coaches’ comments. So then Tuesday night, by golly, we were in front of the TV to see the play Lyell was talking about on Saturday.”

Some still are out and about on Saturdays and listen to games on the radio all the time, of course. Pavelka says he thinks many listen to portions of games on the radio and catch the rest on television. For some, naturally, the three-plus hours are well buffered on both sides in order to watch the game on TV. Jacobsen said he’s still in the camp that mutes the television broadcast and fires up the radio, 15-second-delay be damned.

That’s just how it’s always been in his family.

“My mom and my dad and my sister, we’d be insulating the pump house or, if we were out on the farm, we’d be transferring some fence so our cows could get out to the milo stalks to eat the leaves, we’d have the truck out and we’d be doing that on a Saturday and listening to the football game,” Jacobsen said. “I’ve had a lot of people tell me that. When somebody wants a tape, they instantly remember where they were when they were listening to that game and it was out in the truck, it’s while they were harvesting.

“They were working but still listening to the game.”

What makes Husker football so unique? We look at the traits

Random run-ins: You never know where you might come across a Husker

Nebraska football can be found all around the country — past and present players can attest to that. So can a 16-year-old pizza boy in Missouri.

Nebraska football through the eyes — and hearts — of six eras

“We call them the heritage seats": Passing from one generation to the next, Husker tickets are an Allen family staple — one of many stories.

Urban Meyer went to bat for Husker brass, praising the head football coach, AD and president "for swinging as hard as they can."

National buzz: A guide for college football being played outside of the Big Ten

From the 10 players to watch to the traditions we love, here's your guide to this year's college football season.

Nebraska will face three of the nation's strongest programs in its first four games this season. Emphasis on program.

The Big Ten landscape: 'GameDay' signs and message board material for each league team

OK, so this isn't a hard-hitting analysis piece on each Big Ten team. But it's a fun look at pulse surrounding each team leading into the season.

"Coach (Bob) Devaney got us fired up at the half," Husker quarterback Jerry Tagge pointed out. "He had a few things to (say to) us." 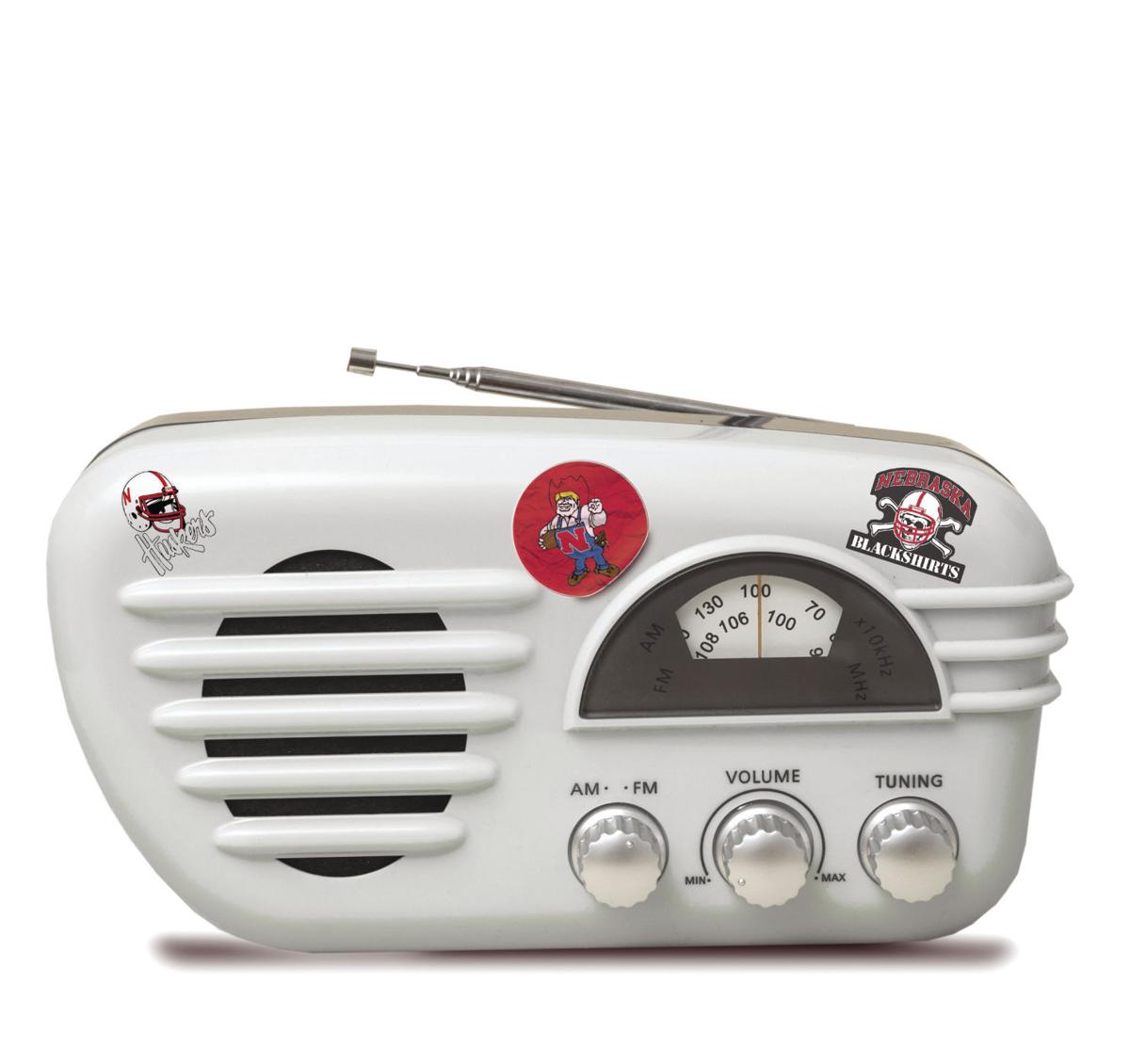 Lyell Bremser was the voice of the Huskers during the beginning of the glory days. 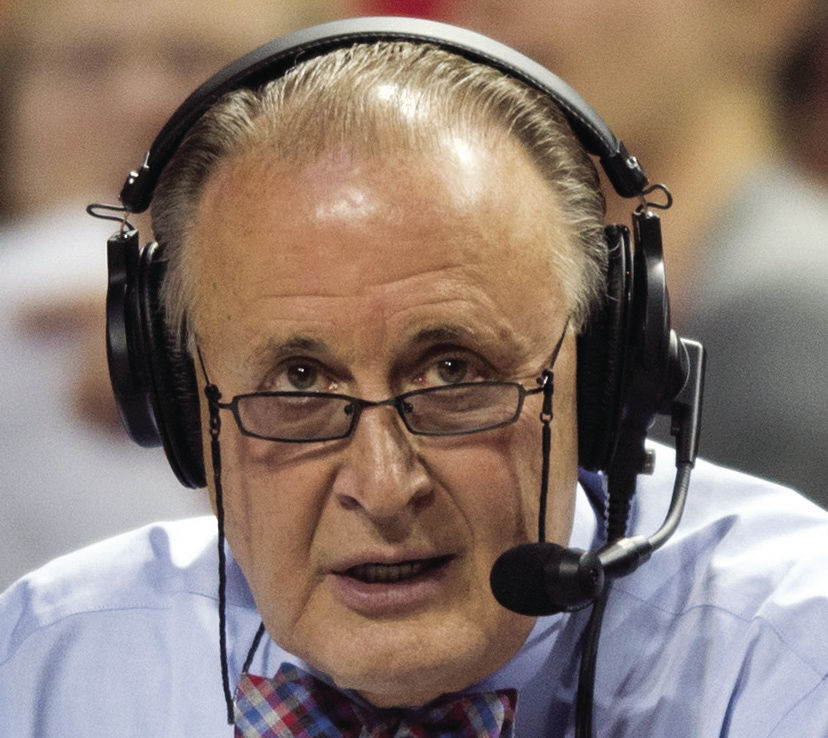