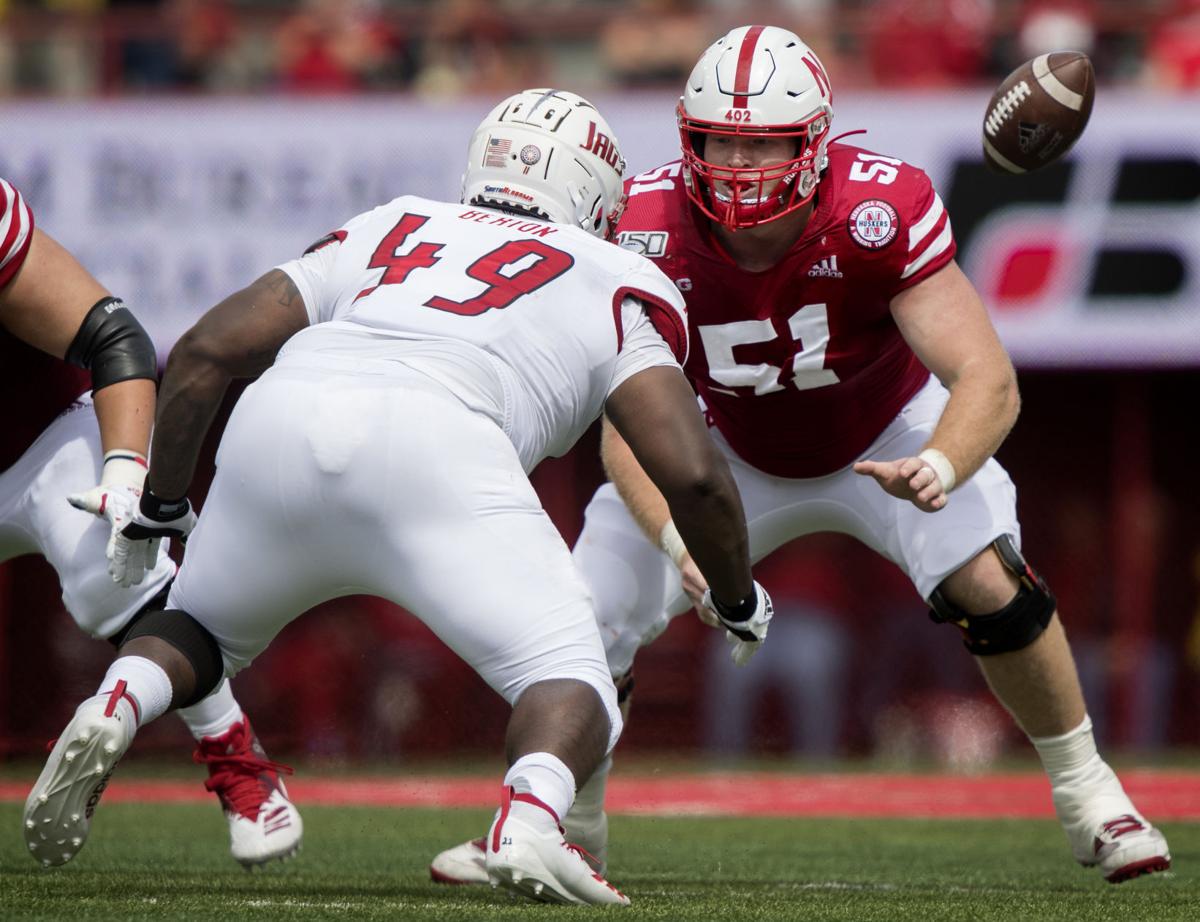 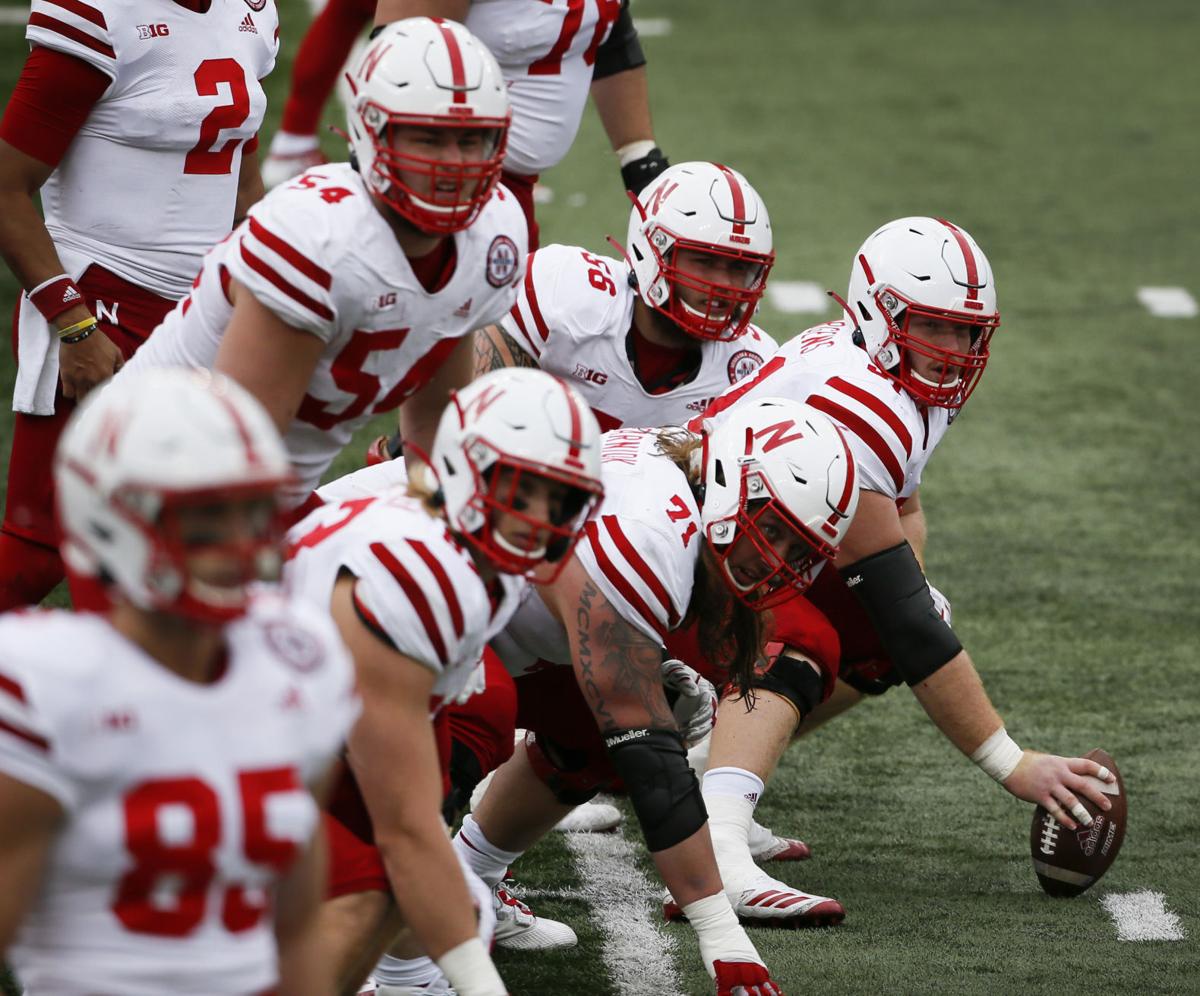 Here’s a life-comes-at-you-fast reality in the offensive line group at Nebraska.

When the Huskers’ offense jogs onto the field for the first time in 2021 on Aug. 28 against Illinois, Cam Jurgens will likely be the most experienced member of the starting quintet up front.

There are players older than him in Greg Austin’s room and junior Trent Hixson has played in as many games (19) as Jurgens has on the offensive line, but Jurgens has started every game he’s played in.

Even with proven veterans in group, Sean Beckton strives to keep Husker tight ends 'on edge'

He’s suddenly the elder statesman. He’s the man in the middle. Following the departure of senior trio Brenden Jaimes (NFL), Matt Farniok (NFL) and Boe Wilson (Western Kentucky), there is no doubt that the leadership torch is now in his hands.

That is not an easy mantle to take up, particularly for a player who spent 2019 as a trial-by-fire starter at a position he’d barely played and then 2020 trying to wrangle the intricacies of being a center with mixed results.

The train doesn’t stop moving, though, so the offseason challenge for Jurgens is to master his craft and simultaneously step into a position where he’s helping less experienced players around him do the same.

“He’s done a nice job so far, and that’s one of the things that we’ve been really, really hammering on as of late is what happens and what are the tendencies for us to spray snaps, because it’s not a mechanics deal, it’s focus. It’s first things first. I always tell him, first things first. Make sure you get that snap back.”

Ah, yes, the snapping. Wild snaps and injuries have stood as the two most persistent obstacles in Jurgens’ career as an offensive lineman.

The way Austin figures it, something as simple as hitting the quarterback between the numbers with every snap is, in its own right, leadership. Quarterbacks coach Mario Verduzco is fond of saying, “Performance is leadership and leadership is performance.”

Jurgens thinks along the same lines.

It’s more than that, too, however. He brought up his accountability to his teammates and their accountability to him when it comes to improving on the detailed work that is often the line between success and failure — between getting stopped at the line of scrimmage or having a productive play or between a three-and-out and a long drive.

“If it matters, it’s going to get done.”

Jurgens said he wants the offensive line to be “tone-setters” for their side of the ball this year. He said that’s the way it should be all the time.

Among the offensive linemen themselves, he is now the tone-setter.

“I definitely need to step up a little more vocally, be a vocal leader,” he said. “Last year, Matt Farniok was such a vocal leader for the O-line that really other guys didn’t need to step up and be vocal because he just took care of so much. Just stepping up vocally and helping the rest of the guys on the O-line, especially the young guys and really everybody.

“Just be that voice during games and in practice and be consistent with it.”

Just like learning to be a Big Ten center, developing into the voice of an entire position group is not an overnight transformation. Jurgens’ path, though, is a compelling one to watch. It mirrors, in some ways, the program’s.

A proud in-state player with tremendous raw physical ability who’s grown and shown flashes of brilliance but whose consistency has been held back by costly mistakes. A player who an outsider can’t say for certain will put it all together, but if he does — and he’s adamant he will — look out.

It’s all a process, for Jurgens and for the Huskers. Ready or not, the time to take the next step has arrived.

“Golly, man, he did a great job in winter conditioning getting his body right — he’s one of the best athletes on our team. One of the most explosive kids on his team,” Austin said. “He’s got the talent, now it’s just the intangible things he’s working on.”

Nebraska got a jump-start to its 2023 recruiting class on Friday when it landed a verbal commitment from Pierce tight end Benjamin Brahmer. He…

Here's brief refresher on Miller, who could be a name to watch this spring.

A mailbag question wonders if there's a Husker position group beside QBs, RBs and WRs that looms as a concern. Yes, there's another. On offense.

Nebraska's leading tackler in 2020, JoJo Domann embraces the notion of being a leader “on an emotional, physical and spiritual level.”

Just bloggin': Martinez on Robinson and McCaffrey: 'You have to do what's best for you'

One area the quarterback is working on? Turnovers. As Mario Verduzco not-so-subtly put it, “No more frickin’ turnovers. That’s it.”

Athletic director Bill Moos said he hopes for a capacity as high as 75% for the spring game, depending on guidance from local health officials.

'I've always been doubted:' Now a Charger, ex-Husker Jaimes says he'll enter NFL with a chip on his shoulder

Jaimes, who made 40 consecutive starts at Nebraska, says he thinks he is "just as good, if not better" than his position peers drafted higher.