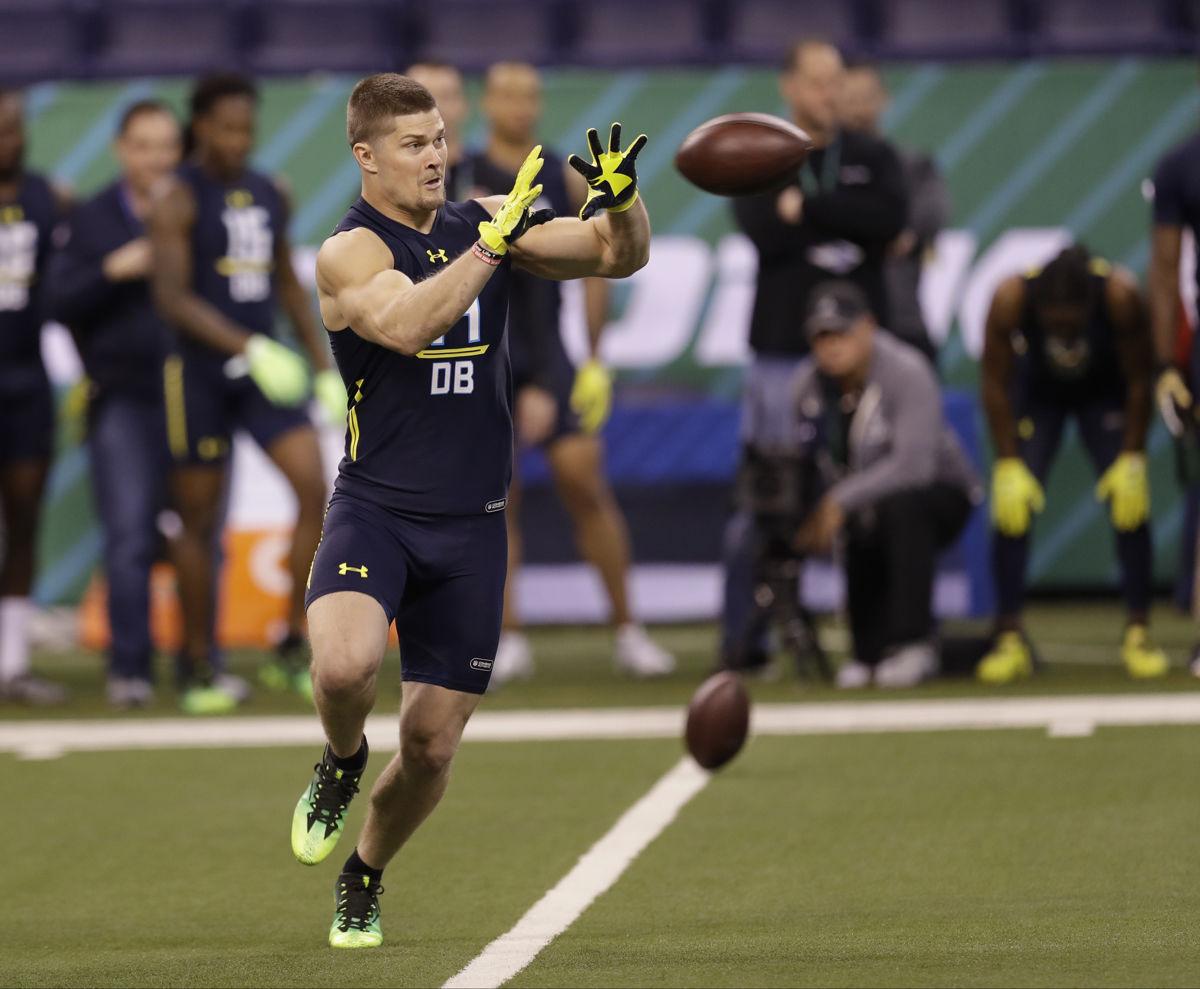 Nebraska defensive back Nathan Gerry could hear his named called during the later rounds of the NFL Draft. 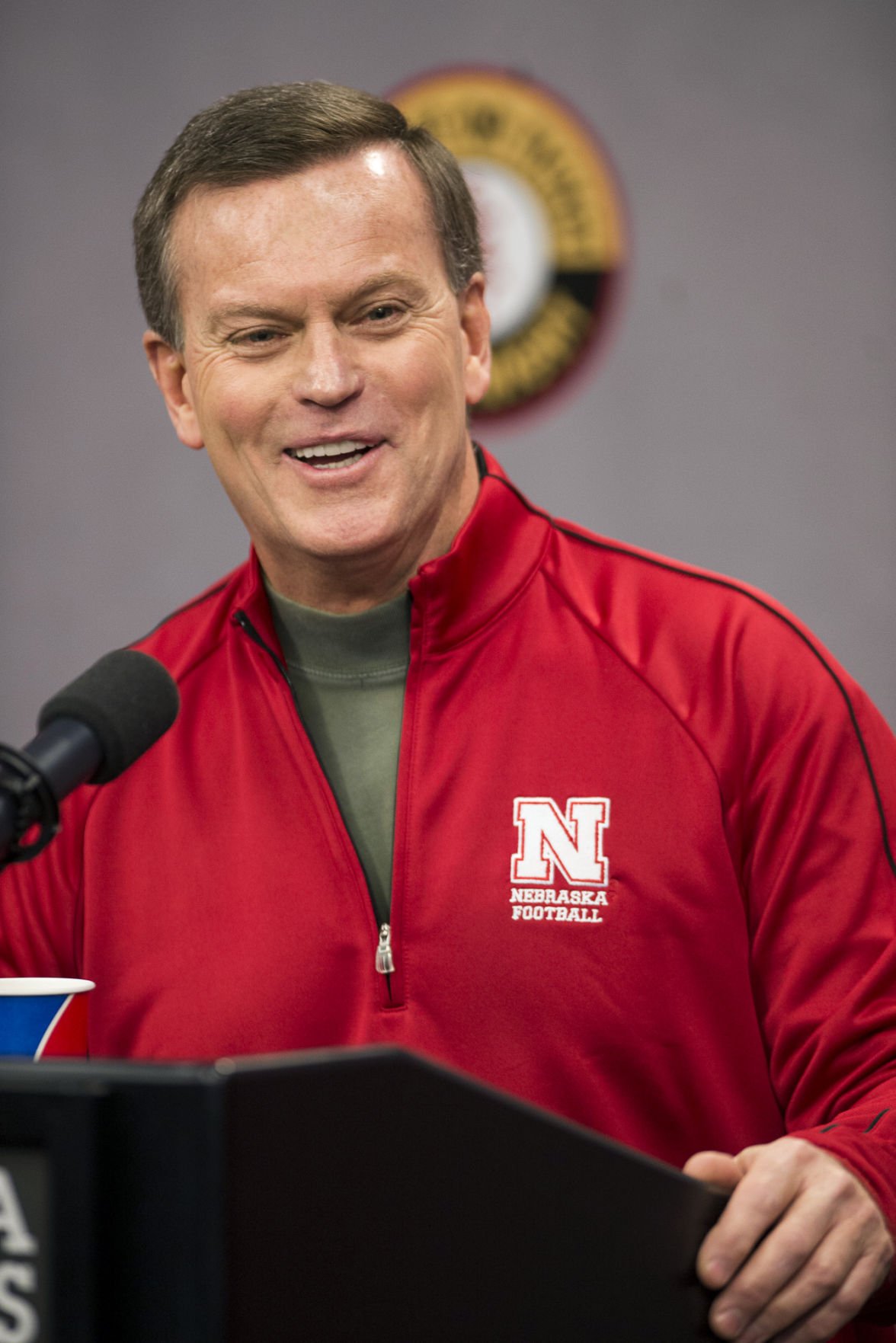 So someone asked him just the other day, "Hey, Billy, what do you think of that defensive end from Texas A&M?"

Billy Devaney, who evaluated NFL talent as his profession for 37 years and was not that long ago the general manager of the Rams, knows that defensive end's name is Myles Garrett and that he's projected by many to be the top pick in the NFL Draft on Thursday night.

But if you are looking for a comprehensive breakdown of the man who could hear his name called first on the opening night in Philadelphia — sorry, can't help you. Devaney's been spending his hours looking at other film.

"I told the person, 'You know what? I looked at my first mock draft (Wednesday) morning.' I was so detached from it because we've been so busy around here," Devaney said.

That's not to say Devaney, Nebraska's executive director of player personnel, isn't going to keep watch on the draft over the next three days, rooting for some of his friends in the business.

The ones he's rooting for most of all, however, are those former Husker players he's met with this week. He had a talk with players on Tuesday who hope to be drafted or picked up in free agency.

This is one part that is different in his job at Nebraska compared to all those years with NFL teams.

"The fun part is you get a real attachment to your kids here. It's a lot more personal. You pull for guys, you pray for them that things work out because a lot of these guys have put so much into this process and the training and the preparation," Devaney said. "Whereas, in the NFL, you're just much more detached. They're just names on the board. …"

It is not expected to be a noisy draft for Husker football. Based off most analysts' projections, it would be a surprise if Nebraska had a player picked before Saturday, when rounds 4 through 7 arrive. There are only four times in the past 46 drafts that NU hasn't had a player selected before the fourth round. All have been in the past 13 years — 2004, 2008, 2009, 2013.

This year, tight end Cethan Carter and safety Nate Gerry are thought to be leading Husker candidates who could be drafted, which would keep alive a Husker streak that lasts five decades. The last time NU had no players drafted was 1962. And with the exception of 2013, when Rex Burkhead was picked in the sixth round and Daimion Stafford in the seventh, Nebraska has had at least three players selected in every draft since 1969.

Whatever happens this weekend, Devaney is encouraged about young and potential future talent in the Husker program that could reveal itself in future drafts.

"I think the arrow is really, really pointing up in that regard. … We've got a little ways to go and we've got to keep the pedal down," Devaney said. "We have some momentum going in recruiting this year, but we still have some big-time guys out there that we have to close on."

This explains what has kept Devaney too busy to study 2017 NFL mock drafts. He's been evaluating football talent, all right. It's just talent that is about four or five years younger than he used to study.

"From this end, it's a much, much larger projection," Deavney said. "We're deep in the '19 class also. I'm looking at sophomore film of kids from this past year and trying to project what they're going to be like four years from now, five years from now. Oh, my God, that's a really tough one.

"There's a little bit of it in the NFL when you look at a senior in college and you figure within maybe a year or two he may be able to gain 20 pounds. But for the most part, what you see is what you get. There's not that big of a jump. But with high school kids, good Lord, trying to project the growth spurts and the strength spurts, that's a tough one."

There have been other adjustments. For instance, when Devaney first arrived he remembered talking with Mike Riley about a recruit atop Nebraska's board. Devaney was thinking as he would as an NFL executive in the draft room: Let's go get him.

Devaney laughed as he recalled Riley reminding him it's the prospect who is picking them now.

"We don't sit here like the NFL saying, 'OK, we're drafting him,'" Devaney said. "That guy is drafting us and we're competing with like 30 other schools. So I go, 'Ahh, I get it, you're right.' So that was an eye-opener. That took a little getting used to."

Of late, some of those top prospects have been picking Nebraska. NU's 2018 recruiting class currently ranks 10th in the 247Sports composite. Five of the eight known commitments are rated as four-star prospects.

It's a start. The work doesn't stop. Coaches are on the road right now and Devaney has his mind on NU acquiring more talent.

He likes the teamwork involved. He stresses it in conversation.

"And I think the fact that we have some really top, top guys earmarked and the right people lined up — it doesn't mean we're going to get them all — but I think we've done a really good job identifying the top guys at each position. I think the whole department is working well together."

O-lineman Johnson will not finish his senior year with Huskers

Offensive lineman Dwayne Johnson will not finish his senior season at Nebraska, an NU spokesman confirmed. It was first reported by Michael Br…

The Husker free agents: Who's going where? (Westerkamp update included)

The 2017 NFL Draft is over and Nebraska extended its streak 55 straight years of having at least one player drafted. Only one in this case.

Former Husker Rucker stays connected to football while serving others

For Mike Rucker, the good news arrived in the second round. Pick No. 38, to be exact. That's when the Carolina Panthers said they wanted him o…

The football coach in Fremont knows to expect it. Whenever the Huskers have a brief break, he's probably going to hear from Cole Conrad.

Patrick O'Brien grew up in Orange County, California, about five minutes from the beach.

Husker spring review: 5 reasons for encouragement, 5 reasons to wonder, 5 on the rise

The first quarter is over.

On the week of his first draft as a certified NFL agent, a day after he'd coached his kids in four different soccer games, Dan Augustyn was si…

Those critical of the star system to rate college football players essentially were silenced Thursday night.

Nebraska's streak of having a player selected in each NFL Draft carries forward another year, yes. It was also the smallest Husker showing on …

Banderas felt most comfortable with Broncos, a team that keeps adding Huskers

The reasons stacked up for Josh Banderas to favor that offer from the Denver Broncos, the oft winning franchise that just won a Super Bowl 15 …

Nebraska defensive back Nathan Gerry could hear his named called during the later rounds of the NFL Draft.