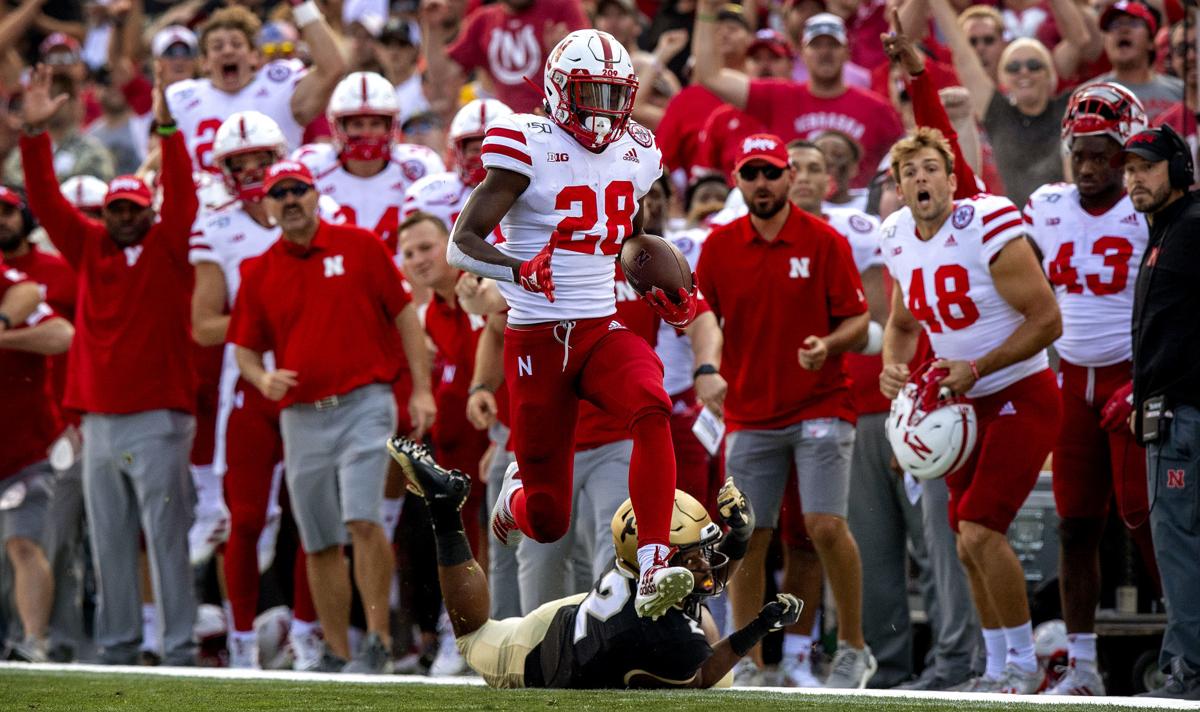 Nebraska running back Maurice Washington (28) leaps over Colorado's Mikial Onu (2) en route to a fourth-quarter touchdown against the Buffaloes on Sept. 7 at Folsom Field in Boulder, Colo. 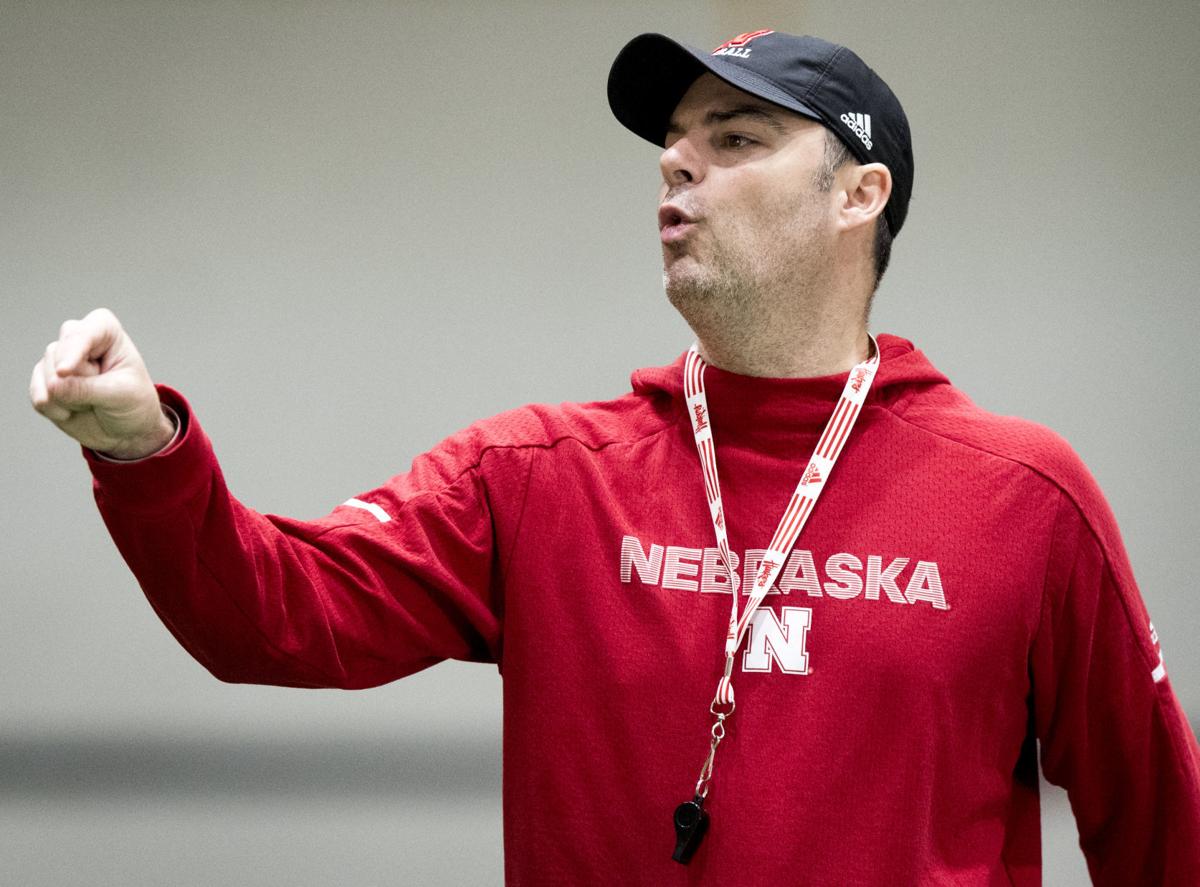 Nebraska running back Maurice Washington has had moments of greatness this season.

Trouble is, the moments have been somewhat sporadic. He seldom has been available for all four quarters of games due to nagging injuries or suspensions.

Which is why his coaches are challenging him this week to be in position to play a full game Saturday night at Minnesota.

"I'm challenging him this week to have a great week of practice, which up to this point he's done a really good job of," Husker running backs coach Ryan Held said following Wednesday's practice. "I'm going to be on him to be a champion on Saturday. I'm going to be on him right before the (game). I might take a beer bottle and smash it over my head — whatever it takes to get him ready."

Two-Minute Drill: The latest on QBs and running backs

Parker Gabriel and Steve Sipple give insights on quarterbacks and running backs from Nebraska offensive coaches after practice on Oct. 9, 2019.

Washington, a 6-foot-1, 190-pound sophomore speedster, was suspended for the first half of last week's 13-10 win against Northwestern "because of internal things and rules," Nebraska head coach Scott Frost said after the game. Washington netted minus-1 yard in six touches against the Wildcats.

The previous week, against Ohio State, Washington carried four times for 9 yards while catching two passes for 10. But he played sparingly in the second half. In fact, he had only one touch — a pass reception — after the first series of the third quarter.

Frost said Monday the onus was on Washington to respond well this week in practice, and Held said the running back has done just that.

"I'm not just saying that to please the media," the coach said. "He's really come out and been focused. I'm going to keep challenging him. That's my job as his position coach. That's what I'm paid to do with all my guys. I have to get him to where he can help this football team for four quarters."

In six games this season, Washington has carried 44 times for 278 yards (6.3 yards per carry) and a touchdown, while hauling in 11 receptions for 157 yards and two scores.

With two of Nebraska's standouts on offense — quarterback Adrian Martinez and receiver JD Spielman — battling injuries this week, Washington's speed and playmaking ability could be that much more important against a Minnesota team that enters the contest with a 5-0 record, including 2-0 in the Big Ten.

Bottom line, Nebraska (4-2, 2-1) needs more playmakers to emerge. One possibility is true freshman Rahmir Johnson. The 5-10, 180-pound New Jersey native played Saturday but didn't record a carry. He had three carries for 9 yards Sept. 14 against Northern Illinois, his only other appearance this season.

"Our plan is to do what we can to redshirt him — he has two more games," said Held, referring to the four-game redshirt rule. "On Saturday, I wanted to get him in more. But it just becomes a deal where you look up and we have (30) plays in the first half. But he's really been practicing well."

Johnson is close to being able to run all of the offense.

Nebraska sophomore quarterback Adrian Martinez was present at practice Wednesday morning and wearing full pads, but his participation level an…

On Wednesday, offensive line coach Greg Austin shed light on how the snap problem is the responsibility of everyone on the line, not just center Cameron Jurgens.

Jackson knows he should have returned late INT, but Chinander calls it 'huge play' in D's progress

Lamar Jackson had just made arguably the biggest play of his career on Saturday at Memorial Stadium, but he thought he should have done more.

Nebraska's class of 2020 secondary is going to have a distinct geographic flavor to it. The verbal commitment of Ronald Delancy III on Tuesday afternoon marked the Huskers' third defensive back commit from the state of Florida.

McCaffrey 'got the juice flowing a little bit' in his college debut, ready for next opportunity

Even with Adrian Martinez hobbled by an apparent knee injury, Luke McCaffrey says the Nebraska reserve quarterbacks' mental approach to preparation this week is the same as it is any other week. "Every week's a game week and no matter who's playing everybody's got to be ready for game day."

Husker Extra's Chris Basnett takes a look at Minnesota ahead of Saturday's game against Nebraska.

Thursday's report examines the uncertainty at both quarterback and kicker as Nebraska travels to Minnesota this weekend. Plus, Maurice Washington earning praise after suspension and a pair of Huskers nominated for national honors.

Nebraska running back Maurice Washington (28) leaps over Colorado's Mikial Onu (2) en route to a fourth-quarter touchdown against the Buffaloes on Sept. 7 at Folsom Field in Boulder, Colo.