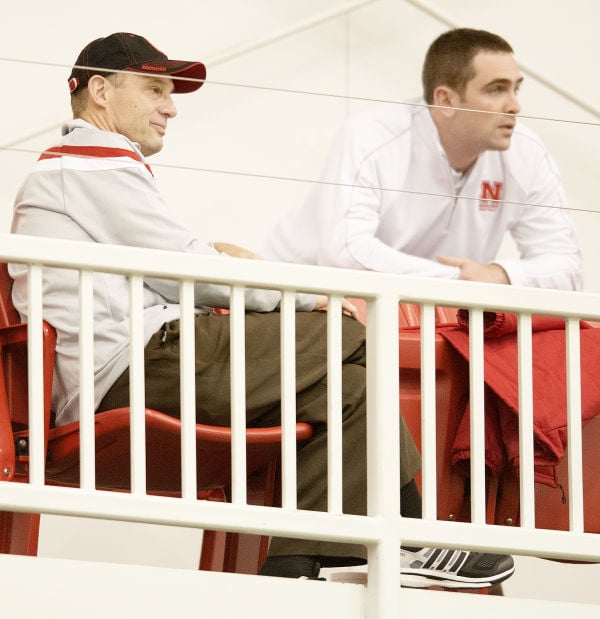 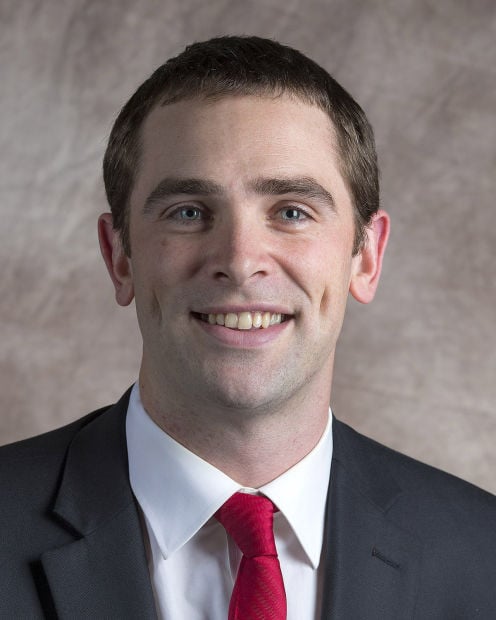 There's been a string of wins in Ryan Gunderson's world recently. Five of them, to put an exact number on it.

Five new commitments in April are probably worth as many Tiger Woods fist-pump GIFs as the internet can hold to those in the Husker recruiting offices.

Nebraska's director of player personnel can't get specific about those victories, which have NU at eight commitments as May meets us. But Gunderson can talk about how winning and losing feels in recruiting. As he does, you can picture the reaction in North Stadium when someone like, say, four-star linebacker named Avery Roberts, announces he's all-N.

"I think of a couple instances where it was just a really long road, and it felt so good when the guy committed, like last year with (Matt) Farniok," Gunderson says. "He was one of the first kids we met when we got here and it took a full year of recruiting. Those things weigh on you pretty heavily, right? As exciting as it can be when the kid commits, it can be absolutely devastating when the kid goes somewhere else.

"So those things just feel awesome, and made you feel that good because you know how awful it would have felt if he went somewhere else."

Limiting those kicks to the teeth will drive you, all right. And right now, Husker recruiting is driving at a pretty good clip, ranked 18th nationally in the 247Sports composite rankings.

Half the class (Roberts, quarterback Tristan Gebbia, and wide receivers Keyshawn Johnson Jr. and Jaevon McQuitty) are four-star prospects, according to Rivals. Husker recruiting seems pointed up. And yet, 17 months after arrival, Gunderson will tell you the pursuit remains to be on the recruiting schedule desired.

"I think we're probably a little ways away from where we would like to be," he says. "But just getting out in front of things a little bit more, I think we've made some major strides recently."

"One thing we say around here is, 'Who do you need to be spending your calories on?'" Gunderson says. "There's only so many hours in the day and only so much time to spend in recruiting that it needs to be well-spent."

That brings us to June. Prior to the NCAA stepping in and banning satellite camps, then reversing the decision three weeks later, the Huskers had a plan that included involvement in nine camps.

After the ban, Gunderson says, "We kind of refocused ourselves." Even planned a third Friday Night Lights Camp on campus. Then, boom, satellite camps were back. "So we're adjusting again. It's a little crazy."

Gunderson says NU might have its satellite camp schedule finalized by Tuesday. That part won't be as extensive as it once was. It's all about using time wisely.

One camp Gunderson says NU will have staffers at is the Sound Mind Sound Body camp in Detroit. The Huskers are also open to partnering with another FBS school at camps.

Also, "we might send two or three coaches to a camp, so we have a presence and work the camp but not have to send every person on our staff," Gunderson says.

Efficiency is a must in recruiting. So is flexibility in a world where you never know when the rules might change.

Gunderson keeps an open mind about it all. For example, there's wide assumption that allowing recruits earlier official visits in the summer or spring is definitely beneficial to Nebraska.

Maybe it is. Gunderson's not against it. But he also knows with each new rule, there's a chain reaction to it you can't always project.

"There's so many people in this industry who think they know everything that I don't want to pretend like I know how these rules are going to impact me," he says. "So I kind of try to see it from all different angles and see how it would impact our processes. ... I think early officials would be good, but I also think there are probably going to be negatives that go along with it too. I just know how valuable in-season visits are for us, too."

One thing that isn't in question is that Mike Riley's staff seems in a much better place than a year ago to meet any incoming recruiting curveballs.

There were things learned from that last recruiting class. Like the mania here for the Spring Game, for one. Seeing it up close made Gunderson realize exactly how big a recruiting gem it is.

He also thinks NU has found a good place with in-state recruiting. Lot of good local prospects for 2017, he says.

"I think we just want to see them live. I can't even say it enough, but the amount of development between September of their junior year and June going into their senior year is incredible. ... These kids, they'll look much different on their junior highlight film than they will when they come to (summer) camp."

There's also a familiarity now in what each position coach looks for in a player. Part of the fun for Gunderson is sitting down with a coach as he watches film and just listening.

"I don't even need to say anything. I just want to hear them talk about what they're seeing on the film. That was the one thing I did with Keith Williams when he first got here. I said, 'Here's kind of what we've done in the past, what our philosophy has been on wideouts. What else do you have?'"

Williams stressed he wants guys who won't go down after the catch. Gunderson listened closely, just as he did when new D-line coach John Parrella told him of his close attention to feet and hand placement of prospects.

One of those prospects, defensive tackle Deontre Thomas, raised his hand for the Huskers on Saturday.

Commitment No. 8, but the process is just beginning. It's a recruiting class that right now could fit somewhere between 22-24. Defensive tackles, tight ends and wide receivers are major focuses.

Gunderson knows Husker fans watch it all closely. That's perfect by him.

"I think it makes a big impact in recruiting. I think kids can feel that passion towards Nebraska football. I think they love it."

Parrella scores big as Huskers beat out Michigan for D-lineman

Wind howled Monday in Los Angeles, so disruptive that a high school canceled its football workout.

Huskers land their first recruit from Delaware in four-star linebacker

That the Huskers picked up a four-star linebacker recruit Thursday stands as interesting enough.

Jackson did plenty of growing to become standout Husker recruit

Mother isn't about to shoot you any bull.

He didn't bog himself down in self-pity when adversity struck that second Friday of last season. Brett Kitrell instead leaned on his faith, an…