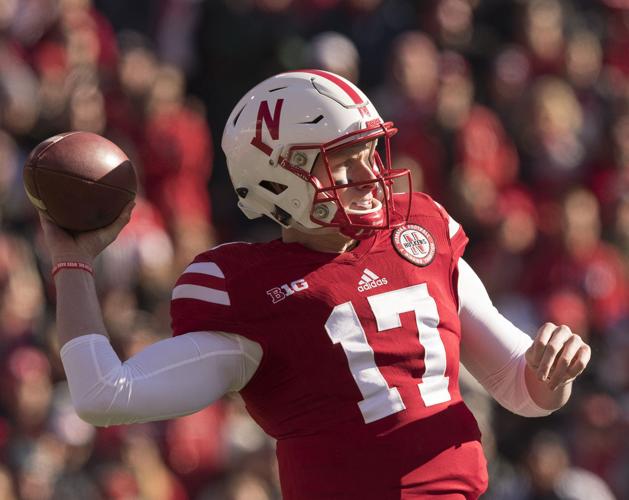 Senior Ryfer Fyfe played against Maryland, and broke a bone in his wrist during the Huskers' win against the Terrapins. 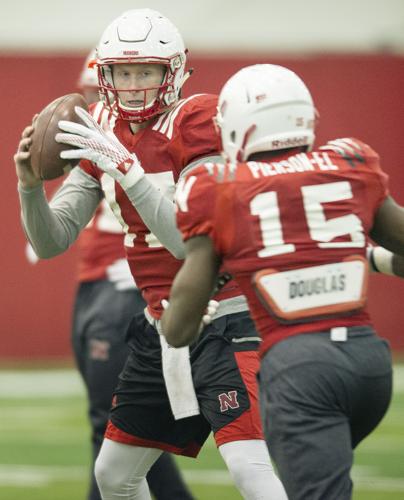 We know football can be a terribly brutal sport. We all see what transpires on the field.

It's an endeavor for exceptionally tough people.

Sometimes it's even tougher than we realize.

Think for a moment about what Nebraska quarterback Ryker Fyfe endured Nov. 19 against Maryland. As he rolled out of the pocket in the third quarter, the 6-foot-3, 215-pound senior was tackled and fell on his left (nonthrowing) wrist.

He felt a jolt of pain.

Fyfe said he actually chuckled as he spoke to the referee. But Fyfe genuinely believed he broke a bone — an obvious issue at that moment, considering regular starter Tommy Armstrong was watching the game in street clothes because of a hamstring injury suffered the previous week against Minnesota.

After talking to the ref, Fyfe went to the Nebraska sideline, where he was met by trainers.

"I just went back in the game."

Turns out, Fyfe had indeed suffered a broken bone on the inside of his wrist. He underwent surgery the next day and was back at practice by the Wednesday before the regular-season finale Nov. 25 at Iowa. He even played the final series of that game even though he was unable to take snaps from under center.

Fyfe said his wrist feels "a lot better" this week, although he's still unable to take snaps under center as Nebraska (9-3) prepares to play Tennessee (8-4) in the Dec. 30 Music City Bowl.

But he has a lot more movement in the injured wrist. He's gone through rehabilitation. He now can actually pat the ball with his left hand before he throws it. He's spent the first part of bowl season working exclusively with the first-string offense as Armstrong continues to rehab his hamstring.

Nebraska coach Mike Riley has said he's hopeful Armstrong can play in the bowl game. Fyfe, though, is preparing to be the starter, just in case.

"That's kind of like how my whole career's been," he said. "I've just got to be ready, I guess. So that's what I'm going to do. It would mean a lot to go out and play hard one last game, and hopefully finish the career on a high note."

Perhaps the rest of the team's seniors — 29 of them — share that mindset, which should serve as enough motivation to play well against Tennessee, said Fyfe, a career backup who's made two career starts — against Maryland, and last season against Purdue.

In the Oct. 31, 2015, game at Purdue, Fyfe passed for 407 yards and four touchdowns but also had four interceptions and failed to scoop up a bad shotgun snap rather than fall on it during the 55-45 loss.

Nebraska offensive coordinator Danny Langsdorf has said he saw more upside than downside in Fyfe's performance that day. And anybody who's watched Fyfe in practice understands his ability to move the chains. He possesses a strong arm and more athleticism than many people seem to think — which is why the Maryland game was arguably more representative of his ability than the rough outing at Purdue or his 5-for-18 performance this season at Ohio State.

Against the Terrapins, Fyfe completed 23 of 37 passes for 220 yards and a touchdown, with no turnovers. He made strong throws downfield and showed good timing with receivers on the quick passes to the perimeter.

He said he felt as if former Nebraska punter Sam Foltz — Fyfe's good friend dating to their days at Grand Island Senior High — was watching over him. He said he played his hardest to honor Foltz, who was killed in a July car crash.

Riley's confidence in Fyfe's ability is such that the coach has encouraged the quarterback to participate in Nebraska's pro day and perhaps work his way onto an NFL roster.

For now, his focus is on preparing for Tennessee, and ending his college career with an exclamation point.

The hits keep coming to a Nebraska offense that has been beset by injuries throughout the year. The Huskers will now be down their top wide re…

Huskers in 60: The injury woes edition

Red Report: Gates says mobility at tackle was limited down the stretch due to injuries

Nebraska left tackle Nick Gates would not put a percentage on his health during the regular season. He was good enough to play and that was that.

It was just 11 months ago that Donté Williams was hired away from San Jose State by Arizona, only a few weeks before Signing Day.

Red Report: Huskers dinged up at running back, too

The starting quarterback is probably out. Two Husker captains — the team's leading wide receiver and all-conference senior safety — are defini…

Senior Ryfer Fyfe played against Maryland, and broke a bone in his wrist during the Huskers' win against the Terrapins.