At the next level: Lewis Central has had at least one player sign with an NCAA Division I program for eight consecutive years, including TCU starting quarterback Max Duggan.

Before they were Huskers: Mills a college linebacker? His HS coach believes he had it in him

Number of players with NCAA Division I offers: 2.

Last week: Fidone caught eight passes for 94 yards in a playoff win against Ballard. His night included a 7-yard score in the second quarter.

This week: Lewis Central (8-1) plays Harlan in the Class 3A state quarterfinals on Friday. Harlan is the only team to beat Lewis Central this season, 28-10.

Rankings: Rivals.com ranks Fidone as a four-star prospect. He’s the No. 2-ranked tight end in the country and No. 1 high school senior in Iowa. He committed to Nebraska on Aug. 26.

The best play I’ve seen him make: “We had a play against Sergeant Bluff in Week 2 — both ranked teams — right before halftime. We very well could have just ran the ball and got out of the half, and we ran a route that really wasn’t intended for him but he just seemed to break to the middle of the field and really outjumped a bunch of guys and raced to the end zone to give us a 28-point lead at halftime. It was just an absolutely amazing play by him just to find the window and go up and get the ball and outrun people.”

All the ways teams try to stop Fidone: “Sometimes it’s double-coverage, sometimes they’re rolling coverage to him. We move him. That’s the great thing about Thomas is his flexibility. He plays on the outside for us, he plays in the slot for us, he plays in the backfield for us. It allows us to move him around and try to find mismatches within a defensive structure and try to get them to adjust. They’ve prepared all week for him to be in certain spots, and if we’re able to move him out of that spot and get him in different areas, it makes it harder for them. It makes it difficult from a game planning and game calling standpoint because you got to find out right away how they’re going to play in certain formations. It’s been interesting, for sure.”

The interesting part about his recruiting process: “Unfortunately he missed out on a lot of it due to COVID. It really stinks because a lot of those offers were generated after he went down to San Antonio (for the All-American Bowl combine) on Jan. 1, and really blew up from that point, and he wasn’t able to take any of those visits, which is extremely disappointing. It was exciting for him to get offer after offer, but I’m disappointed for him that he wasn’t able to experience that like most high school kids are, to be able to go to different campuses and see the culture.”

Scott Frost chats with reporters Thursday before Nebraska football travels to take on Northwestern on Saturday.

Future Husker with Seth Malcom: Eight-man star does it all for Fremont-Mills

A look at how Husker recruits performed on the prep football field last week.

Perhaps more than anything, what stands out about Thomas Fidone is the combination of wow factor and work ethic.

"It's time for us as a program to get on the right track," says Jay Foreman, a teammate of Scott Frost on NU's 1997 national title team.

Frost said junior college receiver Omar Manning is "ready to play" and is expected to make the trip to Evanston, Illinois, this weekend.

Husker Extra hot topic: Is the Northwestern game a must-win for Nebraska?

The burning question of the week isn't necessarily bold, but it's thought-provoking. How important is this game for the Huskers?

Another nail-biter on tap? Huskers and Northwestern are no strangers to close encounters

The two teams have been separated by 4.9 points in nine games since Nebraska joined the Big Ten. Will Saturday be different?

Watch now: Husker Extra Live replay takes on your questions ahead of Nebraska vs. Northwestern

Here's a look at how future Huskers fared on the high school football field.

Webb's HS coach: "He’s so technique-sound and plays with such an intensity and a relentless effort every single play because he’s got such a big heart."

Watch now: Three keys to a Husker win at Iowa 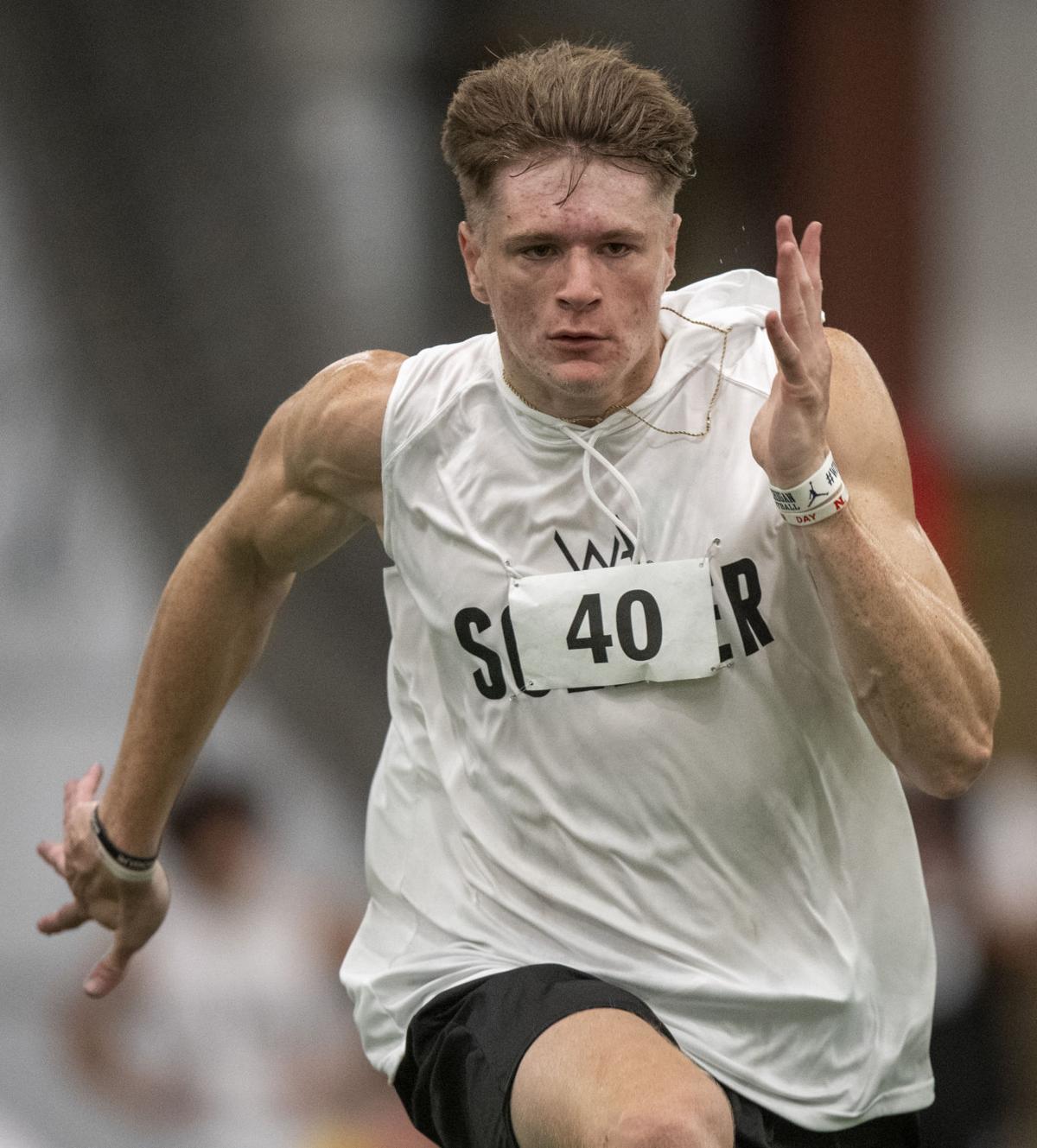