City profile: Buford, Georgia, is about 30 miles from Atlanta and has a population of 12,000.

This week: Buford (10-1) plays Hughes on Friday in the third round of the AAAAAA playoffs.

Rankings: Rivals.com ranks Ervin as a three-star prospect and the No. 23-ranked running back in the nation. He committed to Nebraska on June 23.

Season stats: He’s rushed for about 900 yards and 15 touchdowns.

Buford running backs coach Fyrone Davis shares some stories about Ervin, and being the college coordinator at a football factory like Buford:

Ervin's season: “He’s had a really good season. He’s done the things we expected him to do. It was his time, and he’s waited his time over the years. We’ve had some good backs come through here, and he had to wait his turn and he’s done a phenomenal job. Nebraska is getting a phenomenal young man, due to the fact of him waiting his turn and being patient and understanding what’s going on.”

Red Report: False positives a part of the deal this year for Huskers; 17 seniors to be honored Saturday

What college coaches saw in Ervin: “His ball skills are really, really good. I think that’s what Nebraska is going to like about him. He’s a big back with elite ball skills.”

One of his favorite stories about Ervin: “A lot of people don’t know that Gabe Ervin runs track. He’s a 48.4 (seconds) 400 (meters) runner at 200 pounds. I like telling people that story. That’s a big man running a :48 400. He was regional champ in track, so he’s done some phenomenal stuff. Our track program is really good, and to watch the things he does in track practice is unreal. In 2019 we probably had 30 coaches at track practice watching him. That’s how he really got found, when they see that big body running a 200 or 400.”

On being the college coordinator at Buford (the program has had about 30 NCAA Division I scholarship players in the past four years, and had three D-I running backs last year): “It’s fun. I enjoy seeing kids go to schools at all levels, and that’s what we’ve been about the 14 years I’ve been here. I think we’re No. 1 in the state of Georgia for producing the number of kids going to school. So that’s an honor for Gabe to be part of the system.”

The college coaches who have visited Buford: “We’ve had many head coaches. We’ve had Urban Meyer, we’ve had Nick Saban, Kirby Smart, Dan Mullen, Herm Edwards. We’ve had a slew of coaches through here. Every school has been in here. From the West Coast to the Midwest. We probably averaged 150 schools in the spring.”

Future Husker with Teddy Prochazka: No. 1 recruit in state had Big Ten coaches flocking to Elkhorn

The four-star prospect had suitors offering on the spot during his sophomore year, which is the season his HS coach identifies as key in his development.

Before they were Huskers: Honas 'would bring it every time,' impressed high school coaches with physicality as sophomore

An ACL injury sustained as a senior rerouted Will Honas to community college, where he starred. Now, he's making plays for Nebraska.

Ben Stille detailed the behind-the-scenes of evolving into an impactful player on the defensive line, where he's primed for "a big-time breakout."

Husker Extra Hot Topic: Has NU learned its lesson from Illinois on how to play coming off a win?

Can the Huskers build on a win this time? The Husker Extra gang thinks so, but they are weary enough to want to see it on the field.

As the season unfurls, a better idea as to why Nebraska's offensive minds feel optimistic about the unit's trajectory come into focus.

Tuioti on the radio: Jordon Riley, on the mend from knee injury, could play extensively vs. Gophers

Game On: Storylines, players and matchups to watch (plus a prediction) for Huskers vs. Gophers

Time to level up. Parker Gabriel takes a closer look at how the Huskers and Gophers line up.

Nebraska's 34-7 loss to Minnesota last season was an embarrassment for the Huskers. They definitely should have it in mind Saturday.

This group of seniors went from plotting a grand finale to wondering if they actually would ever take the field as college athletes again.

Huskers add to walk-on class with lineman from Iowa

Offensive lineman Beau Schaller of Waukee, Iowa, announced Friday afternoon that he intends to attend Nebraska and walk on to the football team.

Life in the Red: Husker senior Christian Gaylord writes of family, tragedy and perspective ahead of Senior Day

Follow along live as the Huskers try to string together two wins in a row for the first time this season.

Branch had 56 tackles, three interceptions and four breakups defensively and added 151 receiving yards and five touchdowns in his senior season.

His coach says Lutovsky's senior season was a lot of fun, but not for their opponents: "He's pretty vicious on the football field." 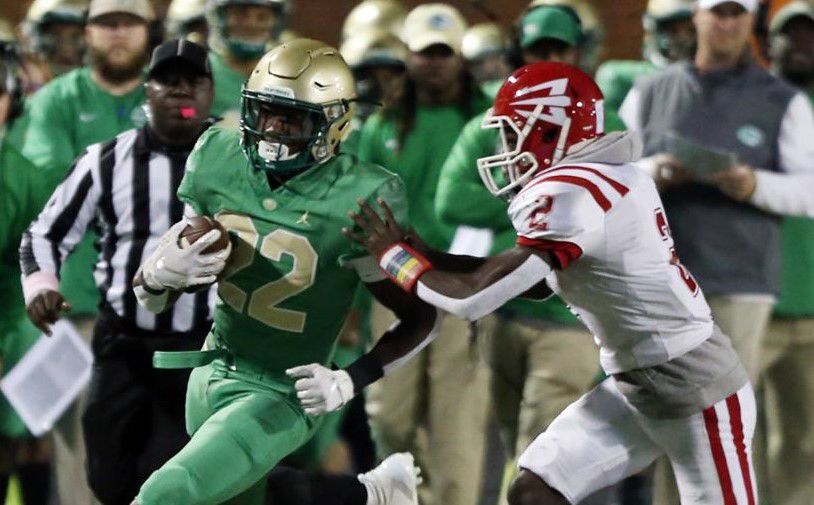 Gabe Ervin (left) rushed for 17 touchdowns and more than 1,000 yards in his senor season at Buford (Georgia). 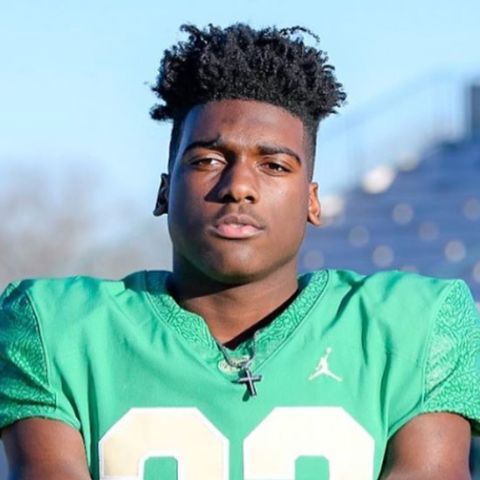