Wide receiver Tyjon Lindsey and defensive lineman Dylan Owen were hospitalized after a winter workout last week, but have been released and have returned to the team, Nebraska coach Scott Frost confirmed to the Journal Star on Tuesday morning.

Lindsey and Owen both were treated for rhabdomyolysis, the first-year Husker head coach said. Lindsey was in the hospital for three days and Owen for two.

"Anything that happens in our program is ultimately my responsibility," Frost said. "Our strength coach and training room were coordinating to do absolutely the best they could to make sure the transition went smooth, but two kids that exerted themselves too far and had (rhabdomyolysis).

"I want to make sure people understand that the health of our players is always going to be our primary concern. It's been kind of a scary deal and both kids are doing fine now."

Rhabdomyolysis is a muscle injury that "results from the death of muscle fibers and release of their contents into the bloodstream. This can lead to serious complications such as renal (kidney) failure. This means the kidneys cannot remove waste and concentrated urine," according to a WebMD description of the disorder.

The condition can become serious or even life-threatening if kidney function is significantly affected. Frost said that for both Lindsey and Owen, the multiday hospital stays were mostly precautionary.

Frost added that, since he has been on the road recruiting, he's been getting updates on both players, but he said the team is being "really careful" in clearing the players to return to workouts.

Multiple sources with knowledge of Lindsey's condition told the Journal Star that they believe he will be available to participate in spring football, which begins in mid-March.

"I didn't know much about (rhabdomyolysis) until recently, when I saw it happen at other places and I figured that would never happen to us, as careful as we are, but unfortunately it did and we take it very seriously," Frost said.

Frost said head strength coach Zach Duval and his staff modified the initial weeks of their workout plan for the Huskers after testing the players on the roster, reducing and moderating workouts because of where most players tested.

"The workout that caused the problem was supposed to be a 40-minute weight workout and it was cut to 32 minutes of weights," Frost said. "It's fairly intense, but it's something that we did with our team for two years at UCF. I'm not trying to make an excuse, but I'm always going to be transparent. We had trainers in the weight room during the workout to pull guys out of the workout if they saw any problems.

"Despite all that, we still had two kids that ended up having problems. Our players are our No. 1 concern. We thought we were approaching everything safely and the right way and it turns out that it was a little too much for a couple of them."

Athletic director Bill Moos on Tuesday confirmed to to the Journal Star through a spokesman that Duval is not facing any sort of punishment or suspension.

"I’m just confident in saying, ‘Look at how he approached it,’" Frost said. "I know a lot about this from the decision (on) what workouts to do, the decision to scale back the planned workouts because of the estimations of the team’s conditioning. I find it hard to fault him, but we just need to make sure we’re smarter going forward. ...

"I’ve been around Zach a long time and I can promise you that players’ well-being is more important to him than almost anybody else you’d find."

Lindsey and Owen each showed the preliminary symptoms of rhabdomyolysis, which include discolored urine.

"The trainers and doctors on campus thought it was best to take them into the hospital to get help," Frost said.

Though the condition is not known to be a common occurrence, players have been hospitalized due to offseason workouts at other schools in recent years, including three last winter at Oregon and 13 at Iowa in 2011. Frost said he knew about the muscle disorder previously, but this is his first time with players in his program.

At Oregon, strength coach Irele Oderinde was suspended for a month.

"My impression of it before was that the people that had players that got to that point were probably doing some crazy, military-style workout or up-downs until they puked or running until they dropped," Frost said. "We lifted weights. It was a weight workout."

Winter workouts began here Jan. 18 and Lindsey first indicated that he was dealing with some sort of health issue on Jan. 23, tweeting, "I just ask for everyone's condolences and prayers for my health. I've been going through something I've never experienced ever and your thoughts, along with prayers motivate me. Thank you dearly!”

A sophomore in the fall, Lindsey played in all 12 games as a freshman, finishing with 12 catches (23 targets) for 76 yards. The California native was the crown jewel of NU’s 2017 recruiting class, checking in as the No. 50 overall player in the nation in 247Sports’ rankings after a standout career at Bishop Gorman High in Las Vegas.

Owen is a walk-on defensive lineman from Westchester, New York, who first joined the program in 2014 and played on special teams in 2017.

The factors in this case are similar to what happened at Oregon in January 2017. Both programs missed a bowl game and thus had a longer period of time between the end of the regular season and the beginning of winter conditioning. Both had new coaching staffs taking over. Both had the instances of "rhabdo" occur in the opening days of workouts.

I just ask for everyone's condolences and prayers for my health. I've been going through something I've never experienced ever and your thoughts, along with prayers motivate me. Thank you dearly!

The gang's all here for this week's episode, which gets heavy into Nebrasketball's NCAA Tournament chances, for both teams, plus recapping the rhabdo situation and more with Chris Basnett, Parker Gabriel and Steven M. Sipple.

The last full week of the recruiting cycle is here.

It’s been clear since Scott Frost was hired on Dec. 2 as Nebraska’s head football coach that the program was likely to recruit Florida more he…

When Joshua Kalu arrived on campus in 2014, he never imagined he would be directly linked to six position coaches as a Husker defensive back.

Cam’ron Jones has been showing his affinity for Nebraska football for weeks.

"You have to be a good enough athlete that when the read tells you to pull the ball and run it, you have to at least be an efficient enough runner to get us some yards," Scott Frost said of his QB. "Otherwise, it takes some of the teeth out of the offense."

Frost 'thrilled' to have wide receiver Morgan back for senior season

Scott Frost and the new Nebraska coaching staff has been busy on the recruiting trail, taking a class that had dwindled to six players and bui…

As Nebraska’s 2017 season opener approached, much of the talk about the defense that first-year coordinator Bob Diaco had put together came in… 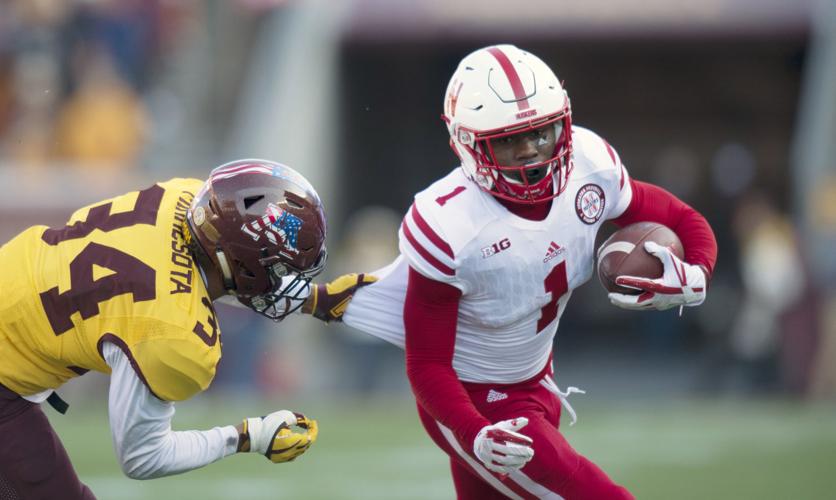 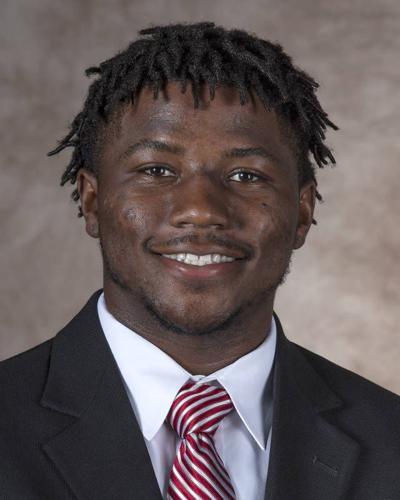 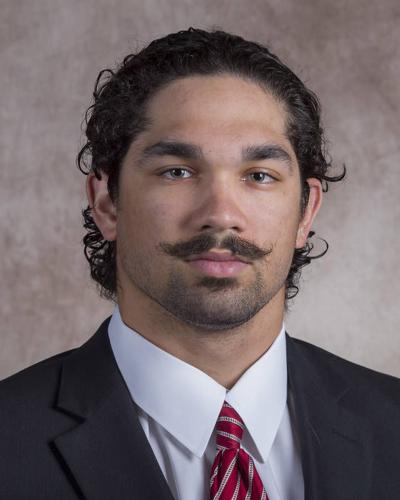