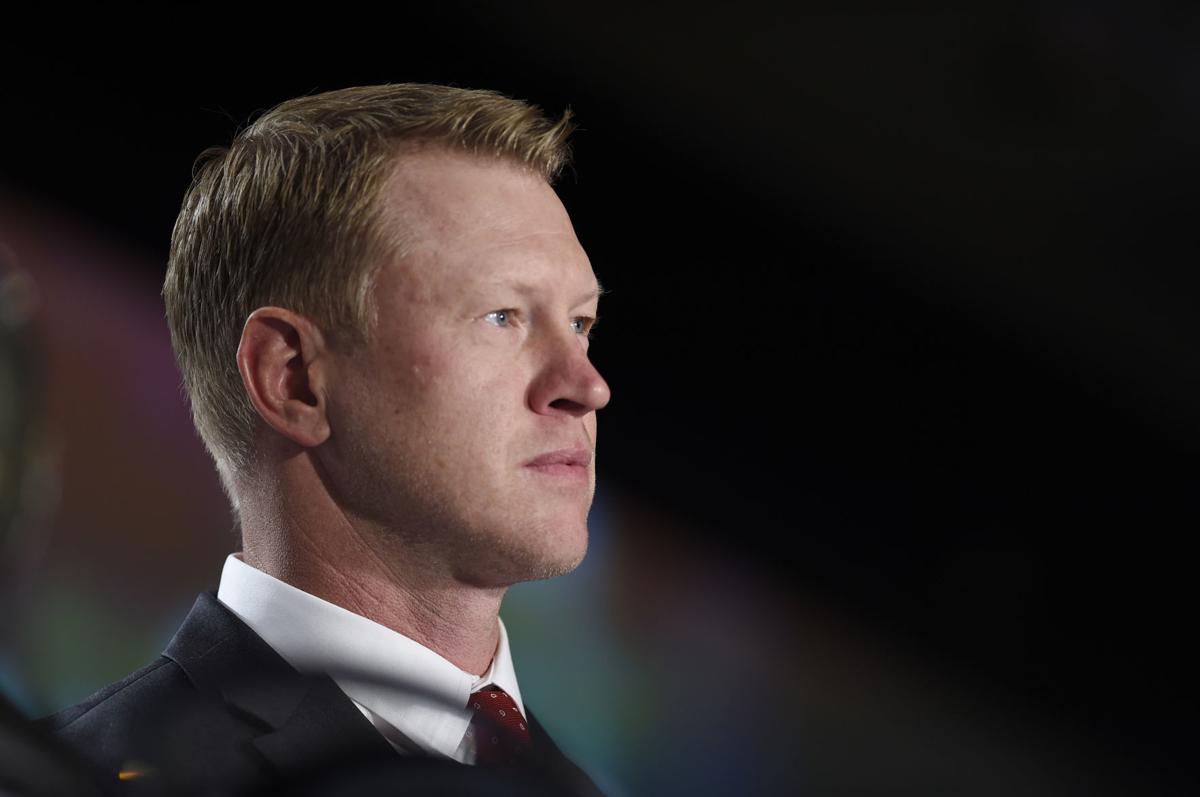 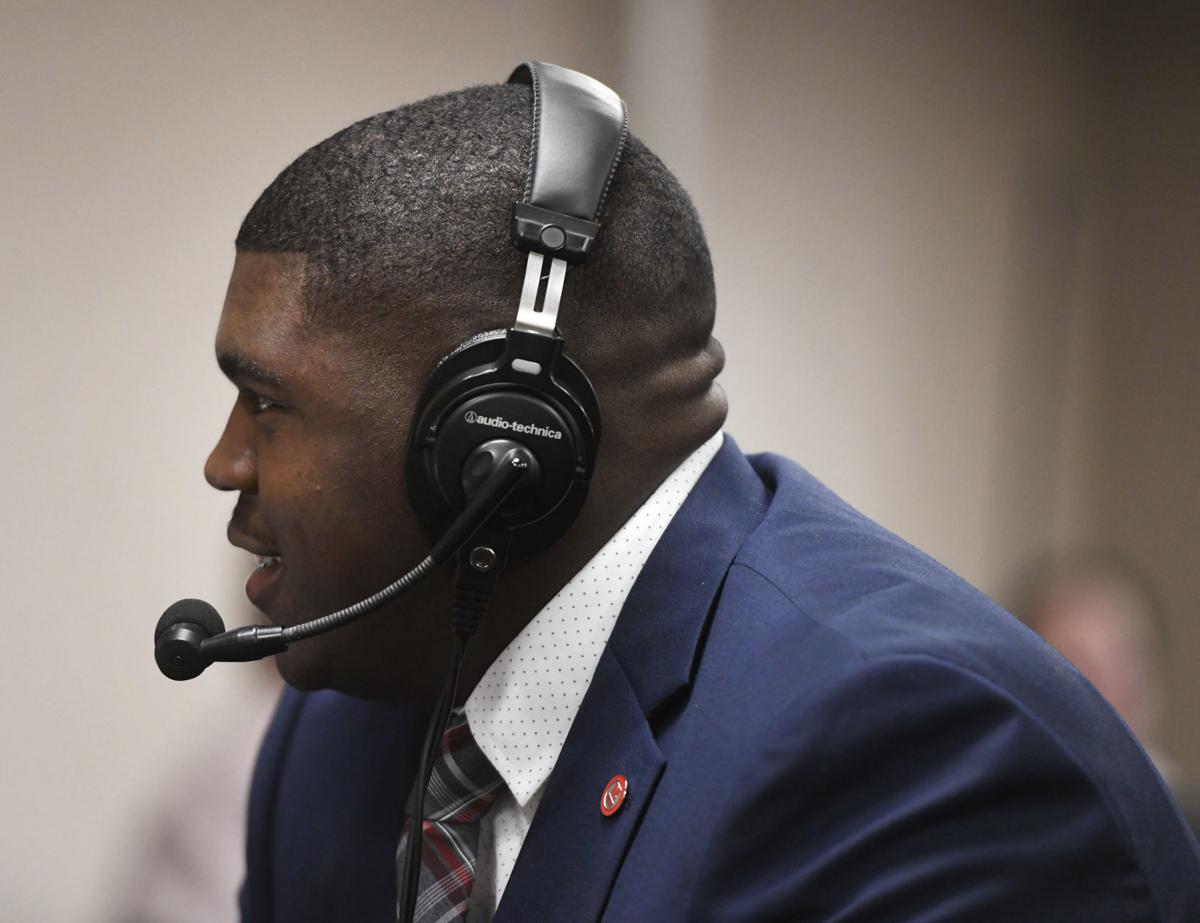 CHICAGO — Jerald Foster walked up to an unfamiliar-looking freshman one day this spring and introduced himself, because that’s what senior leaders do.

The Nebraska left guard shook hands with yet another new guy and pleasantly asked his name.

Foster started to walk away. Tate Wildeman, a freshman defensive end from Colorado, finally spoke up.

"Hey, Jerald," he called, prompting the veteran left guard to spin around on his heels. "This is the fifth time we’ve done this."

Foster could speak the truth, responding, "You should probably be ready for maybe two more of those and then I’ll get your name right."

Such is life when your coaching staff is engineering a massive roster makeover. When your locker room is chock full of new players, more of them seemingly every week from high schools and junior colleges tucked in every corner of the map.

Indeed, since Scott Frost was introduced as the Husker head coach 233 days ago, Nebraska has added a whopping 51 players to its roster. Of the 140 currently listed on the school’s website, 36.4 percent have been added since December.

And a senior will come aboard, too, when Central Florida graduate transfer Tre Neal arrives on campus next month.

Some, like Cam’ron Jones, were highly touted and highly recruited high school players. Some, like Maurice Washington and Dominick Watt, still have not academically qualified. Still, others took winding roads to Lincoln — Vaha Vainuku through Utah and multiple injuries, Will Jackson through three different schools.

"I love our team, I really do," Foster said. "They are great competitors — from the jucos to the freshmen — but it was wild when they all came in at the exact same time. They all dropped on the doorstep and I was like, 'Who are you? This whole new team of people that I am supposed to somehow meet now.'"

This is part of the road back to national relevance. Frost is quick to point out that he and his coaching staff inherited many talented players. Still, they immediately set about to infuse as much new talent into the program as quickly as possible.

In some spots, the Huskers are adding because they essentially have to. Immediately. In the defensive backfield, which Frost on Monday said needed more leadership and more experience, Jackson and Neal have each entered the picture since spring ball ended and are expected to factor heavily in the equation this fall.

In others, the situation is less dire. Wildeman and fellow freshman Casey Rogers will be competing on a defensive line loaded with upperclassmen.

All the same, though, there’s no time for icebreakers and name tags. Instead, the Huskers set about melding new players and old by using summer conditioning as a crash-course in team building.

“With the way that (head strength coach Zach) Duval has put us into pressure situations, I feel like this team has bonded like we’ve been together for two or three years,” Foster said.

Mick Stoltenberg had trouble naming off new players. Not because he doesn’t know them, but because nobody seems new now that the summer program is completed.

“For the most part, the guys we bring in, they get it,” Stoltenberg said. “They want to compete right away. They fit in with our way we’ve been doing this this winter and this summer. So I can imagine for them it would be a little different … but we get new guys all the time, so I guess it’s the same way we handle it. We get them in here and make them feel like they’re at home.”

Frost is setting out to make over just about every aspect of the program. As it pertains to personnel, the avalanche of new faces is nowhere near done piling up.

The Huskers have 16 scholarship seniors and 21 seniors total. There will be more underclassmen attrition after the season. NU is expected to sign another full recruiting class and another large group of walk-ons for 2019.

It’s conceivable that, by the time Frost and his staff hit the 18-month mark in Lincoln, they will have ushered 80 to 90 new players into the program. Especially so if NU is able to expand the football roster size as Frost and athletic director Bill Moos would like.

“We’ve got guys on the staff who are creative and know a lot of people,” Frost said. “They keep their ear to the ground for anybody that could help us. That was huge for us (at UCF). Mike Hughes was a first-round (NFL) Draft pick of the Vikings and he didn’t get in until a week after training camp started. He was one of the best corners in the country. I’m not sure we would have accomplished what we accomplished without Mike.

“Having guys that have feelers out and hear about guys that come available — they still have to be the right guy, but I think our staff does a good job of that.”

Nebraska now has players who followed from UCF.

It has a player who transferred from Ole Miss and Utah.

It has added players from junior colleges in Mississippi, Arizona and Kansas, institutions that went untapped for the duration of Mike Riley’s coaching tenure here.

Moos maintains that, all things being equal, his preference is to develop high school players. He won’t say specifically that the university’s willingness to take juco transfers has changed since he was hired in October and Frost arrived six weeks later.

“We don’t just take kids to take them,” Moos said. “They’ve got to be part of the family and fit in as part of the team.”

When one considers all the ways Frost and his staff have collected players in the past seven months, the coach’s words from a National Signing Day news conference in December ring clear.

“I think you’re crazy if you rule out any options or any method of getting players that can help you win football games,” Frost said in December.

It doesn’t look like the Huskers plan on ruling out anything anytime soon.

Husker veterans weigh in on quarterback situation, and it sounds like close race

CHICAGO -- Mick Stoltenberg fields questions from people in his life, and of course doesn’t want to let them down.

The Husker Extra crew breaks down the biggest takeaways from coach Scott Frost and company on July 23, 2018.

Husker QB competition pits young pair Frost believes has 'it' factor, but also much to prove

CHICAGO — Scott Frost has a timeline in mind of when he and his coaching staff must know who will start at quarterback for Nebraska on Sept. 1…

Big Ten Media Days Central: 'People better get us now because we're going to keep getting better and better'

CHICAGO — Scott Frost won't make any predictions about what a successful season might look like from a wins and losses perspective. But he als…

Read all about it: Full transcript from Frost's media session at Big Ten Media Days

Scott Frost was the first up at Big Ten Media Days on Monday in Chicago. "Nebraska, historically, belongs in the upper echelon of college foot…

Scott Frost, the first-year Husker head coach, despises excuses for why the program dropped off and has little patience for anyone who diminishes the importance of the walk-on program.

More than once Monday, Nebraska receiver Stanley Morgan motioned across the room toward new Husker head coach Scott Frost. “That’s the guy over there,” Morgan said. “He’s bringing back that spark.”

CHICAGO -- It's hard to know what to expect from Vaha Vainuku on the field this fall.

Tipping the scales: Updated weights from the Husker football roster

“I have some optimism because they had an awful culture (last season),” Scott Frost says. “They weren’t strong. They weren’t in shape. The schemes were bad last year and they still went into the fourth quarter tied with Wisconsin. They should’ve won two or three more games. But we’re nowhere near where we should be.”

RB Washington a full qualifier, eligible to play this fall for Huskers

Add a playmaker to the Nebraska football backfield.

Nebraska lands its first defensive back recruit of the 2019 cycle. Quinton Newsome, a DB from Suwanee, Georgia, pledged to Nebraska on Monday after visiting campus recently with his parents.