Zavier Betts certainly made quite a splash in a win against Penn State when he took a fly sweep 45 yards for a touchdown.

The freshman wide receiver from Bellevue West, though, has something else working for him through limited action in three games this fall: When the ball gets thrown his way, it turns into positive yards.

The numbers are still small, but Betts has been targeted five times so far in his career and he has five catches for 80 yards. The yardage is good for third on the team, trailing only sophomore receiver Wan'Dale Robinson and junior tight end Austin Allen, both of whom have been targeted far more frequently.

Betts is a big target, literally, at 6-foot-2 and 200 pounds, and he's given the quarterbacks safe, easy throws underneath so far, besides his star turn against PSU.

Much of the discussion around NU's young receiver corps is that they're learning the ropes and trying to be proficient in more and more of the offense. For Betts, it will be interesting to see just how far he can take that over the next three games.

The early (and still very preliminary) results are encouraging.

Talkin' about practice: Whatever misfired last week must change quickly with Iowa looming

Watch now: Robinson discusses his role in the offense, feelings about running the ball

Frost says McCaffrey is 'future around here' at quarterback, but competition for spot continues

Adrian Martinez has been playing with chip on shoulder, Scott Frost says, and could reclaim the starting QB role.

Nebraska's Dec. 5 road game at Purdue will be broadcast on Big Ten Network, but the kickoff time will not be set until after this weekend's game.

Husker Extra Rewind: After QB run game, what can Nebraska's offense hang its hat on?

The Huskers do not appear to have much they can hang their hat on in the run game outside of the quarterback’s ability to make plays with his feet.

"The results of all diagnostic imaging and testing on Miller were normal."

Scott Frost arrived at Nebraska to save the program. At this point, it's far too early to rule it out. But it's not too soon to worry.

'Embarrassed' and 'lackadaisical' Huskers blown out at home by Illinois

One week after its first victory of the season, Parker Gabriel writes, Nebraska imploded instead of building on a foundation.

Nebraska's latest addition to its 2021 walk-on class is a player who's likely in line for postseason accolades in the state.

Erik Chinander: "You can't blame the players saying we don't have the right players, because that's not an excuse."

Erik Chinander says of Nebraska-Iowa: 'The level of the rivalry is super high'

Nebraska defensive coordinator Erik Chinander once played at Iowa, which has won five straight games in the series.

Iowa is only allowing 2.64 yards per carry this season. That's really good. Matt Lubick discusses how his team can get a ground game going Friday.

Parker Gabriel's latest breakdown of the conference has arrived.

Another Big Ten football game is off the board because of COVID-19, and this one will have an effect on the West division race.

Freshman left tackle Turner Corcoran hasn’t played much this season, but that can actually be a good thing. He's learning from a steady presence. 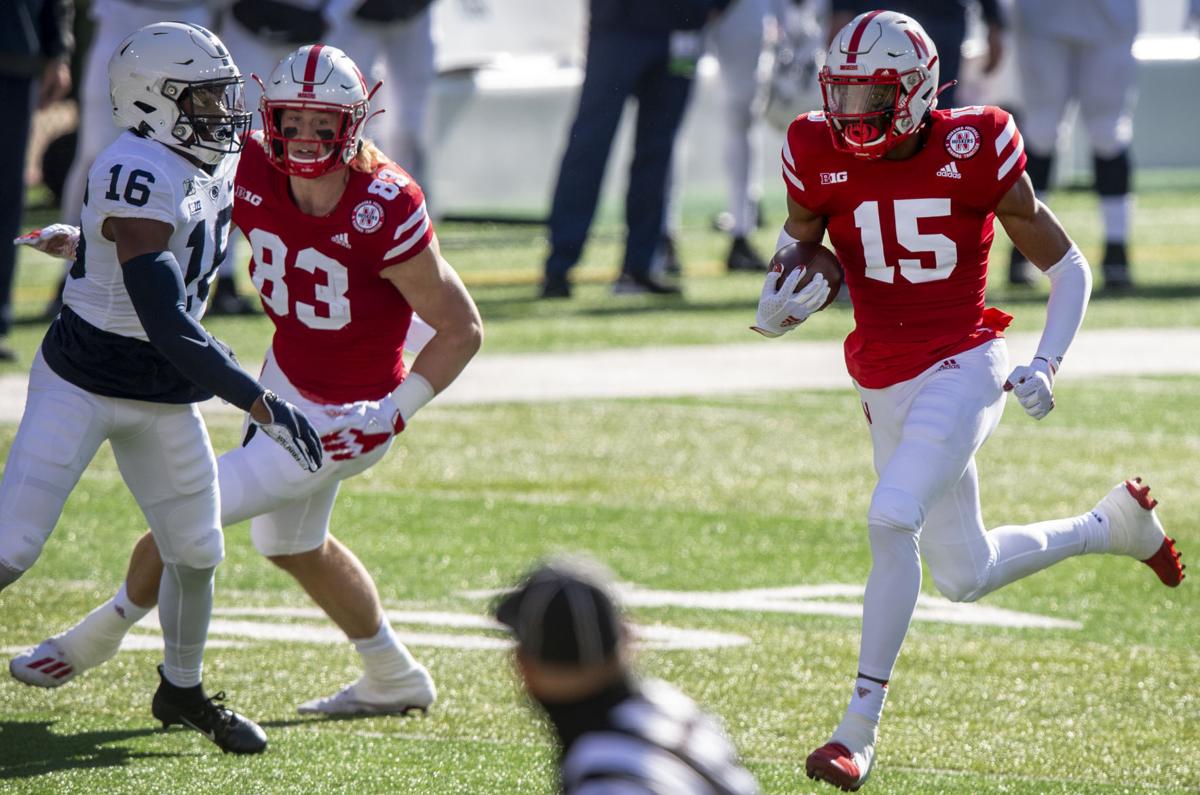 Nebraska's Zavier Betts (15) scores the first touchdown of his career against Penn State on Nov. 14 at Memorial Stadium. 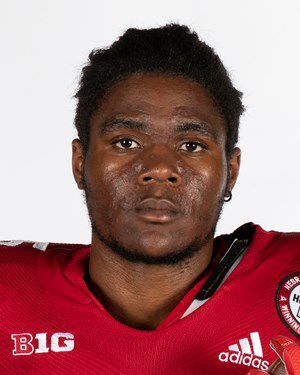