US beats Iran, advances to round of 16 at World Cup 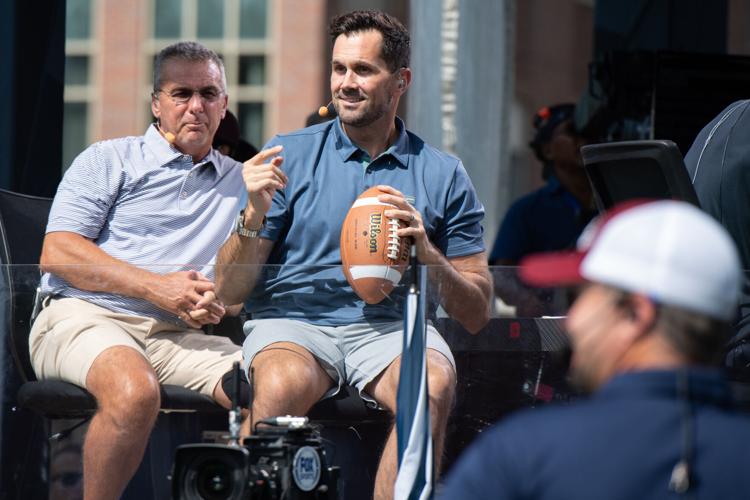 Host Matt Leinart holds a football as co-host Urban Meyer (left) looks on during a rehearsal for "Big Noon Kickoff," the Fox Sports pregame show, on Friday near the Nebraska Union. 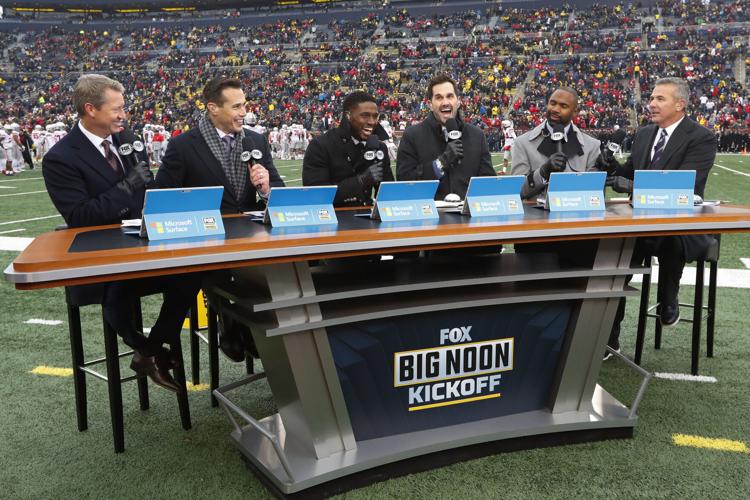 But Quinn, who’s in Lincoln this week as part of Fox’s "Big Noon Kickoff" pregame show, still learned a key lesson about how to keep a program in turmoil on track.

“It’s got to be a decision by the players,” Quinn told The World-Herald on Friday. “Coach Joseph and that staff are gonna do everything they can to help them be successful. (Players) can’t use the fact their coach got fired as an excuse.”

Leinart sees no secret to succeeding after a coach gets fired. But he does think in Nebraska’s case its new direction could inject the team with energy. After years of speculation surrounding Scott Frost’s job, Leinart said, the players can find comfort in the program’s concrete plan.

“It's almost like, ‘OK, at least we know what's happened, now we can kind of move on from a mental standpoint,'” Leinart said. “We can take a step back, we can take a breath of fresh air in a sense. We can move forward instead of all of this limbo over the last couple of years.”

The speculation doesn’t end here, though.

Nebraska Athletic Director Trev Alberts plans to conduct a national search for the next coach. Rumors will fly. Names, too.

At Notre Dame, Quinn’s team formed a players’ council that met with then-A.D. Kevin White during the coaching search.

“We had an idea of the candidates,” Quinn said. “There was nothing in the public that we didn’t know. That helped with the process.”

Leinart still sees NU as a “unique and attractive” job despite the recent downturns. It has resources, money and “this is football country,” Leinart said, NU should be able to compete for its conference if it develops players properly.

But the Nebraska job also comes with intense scrutiny from its voracious fanbase. The Huskers are the biggest game in town, which reminds Quinn of South Bend’s football fans.

When a program like that starts losing, Quinn said, fans get frustrated. To the point where he felt playing road games was easier than playing at home sometimes.

“It sounds funny, right?” Quinn said. “Cuz you’ve got 100,000 people rooting against you. But you know that going into it.

“When things aren't going well at a place that's got national prominence or at a blue blood like Nebraska, there's part of the fans that you thought were for you and now they’re against you.”

Succeeding in that environment, Quinn said, requires a coach who can placate the media in press conferences and ignore its existence in the locker room. How they articulate their vision for the program matters.

But Quinn also points to Nebraska newcomers Casey Thompson, Anthony Grant, Trey Palmer, Marcus Washington and Isaiah Garcia-Castaneda as evidence that the transfer portal can hasten a program’s turnaround. He described NU’s campus as “gorgeous” — he been there before this weekend — and he’s excited to see how the new athletic facility will look next season.

The next Nebraska coach, whomever that may be, will be, too.

But first, Joseph has nine games to prove himself. The coach has the energy and personality that could lead to inspired performances. But as Quinn said, the players have to meet him halfway.

Based on NU’s track record, Quinn thinks they will. Frost’s 5-22 record in one-score games was an indictment of his coaching record. But Quinn also sees it as a byproduct of the Huskers’ mettle.

“You’d be hard pressed to find many teams that have been in as many close games and continue to keep fighting when the balls don’t bounce their way,” he said. “It’s a testament to the players for still believing, still buying in. A lot of teams just give up and get blown out.”

Game On: Storylines, matchups to watch (and a prediction) for Huskers vs. Sooners

After firing its head coach, Nebraska remains in the national spotlight ahead of a rivalry clash against Oklahoma. Here’s a closer look at how the Huskers and Sooners match up.

Host Matt Leinart holds a football as co-host Urban Meyer (left) looks on during a rehearsal for "Big Noon Kickoff," the Fox Sports pregame show, on Friday near the Nebraska Union.