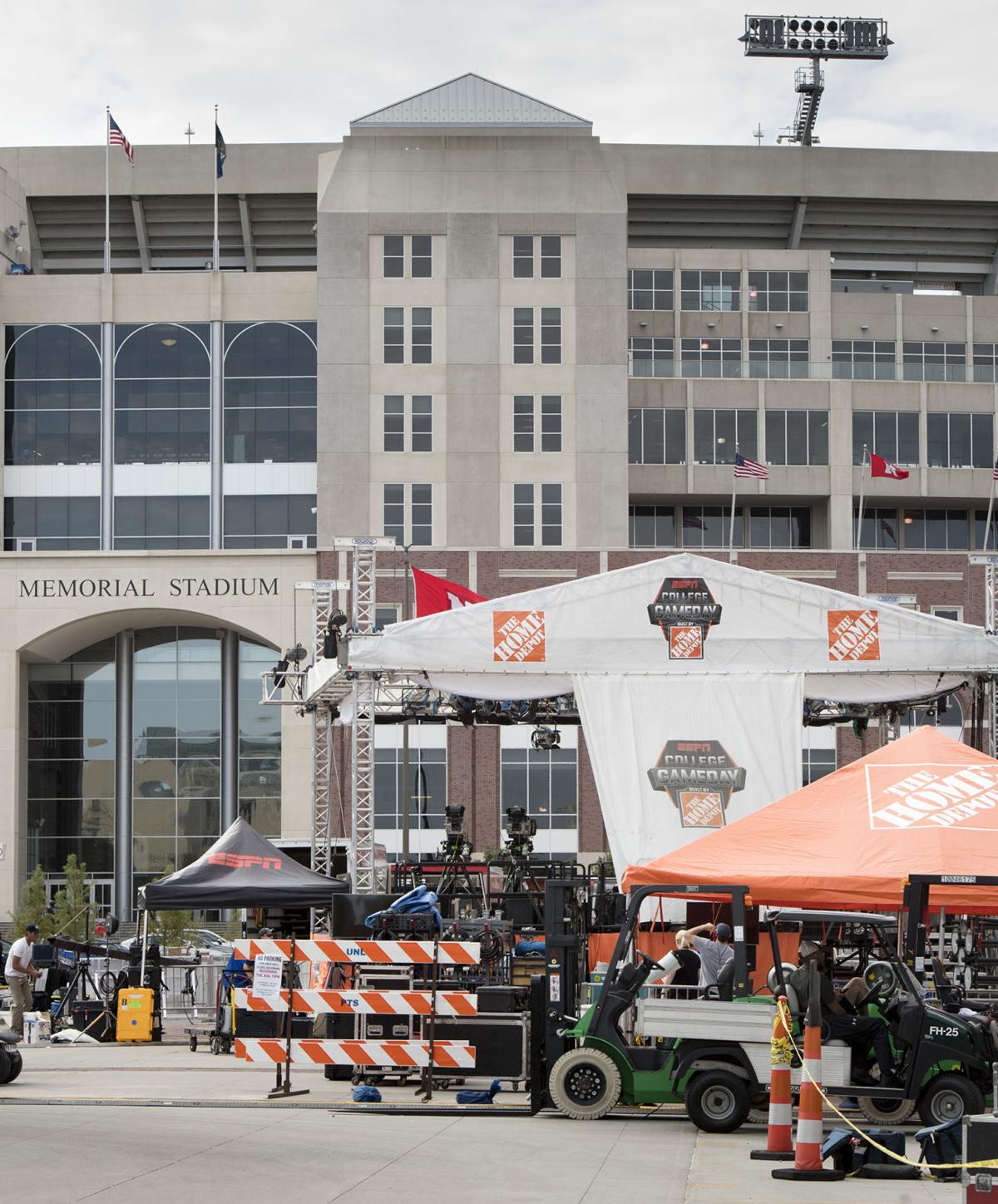 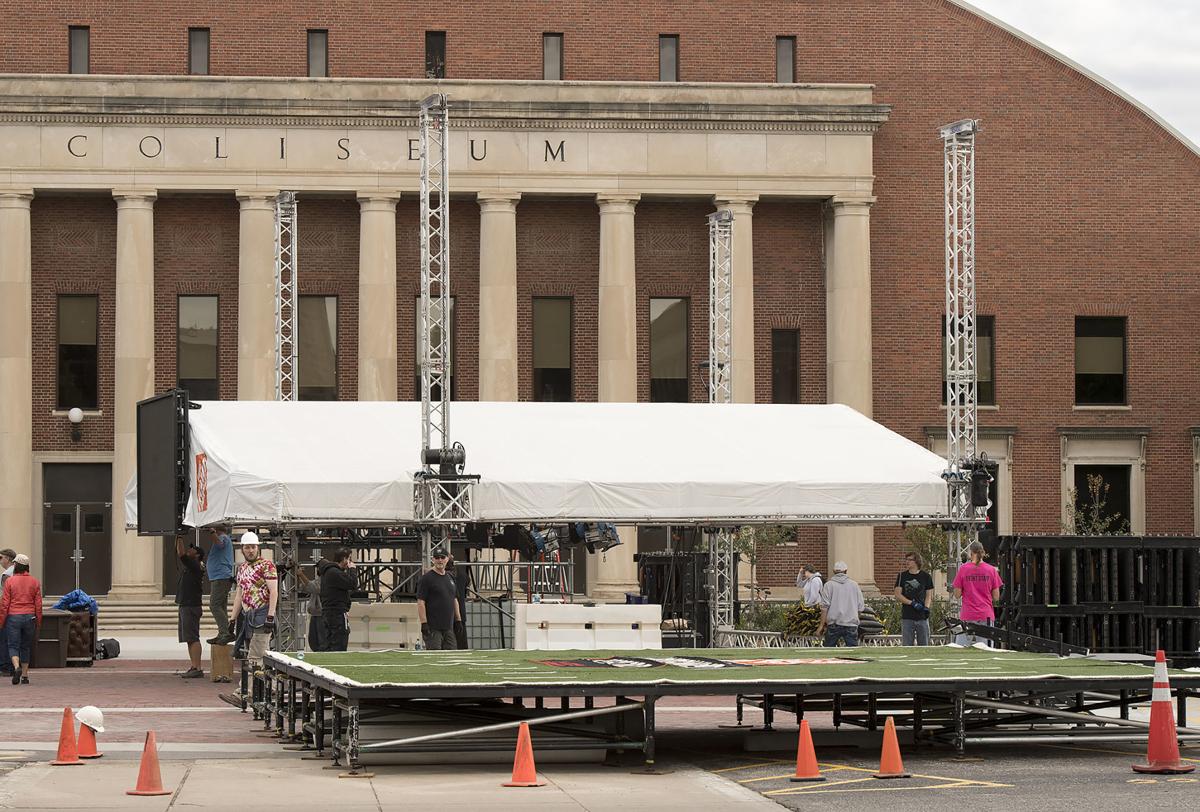 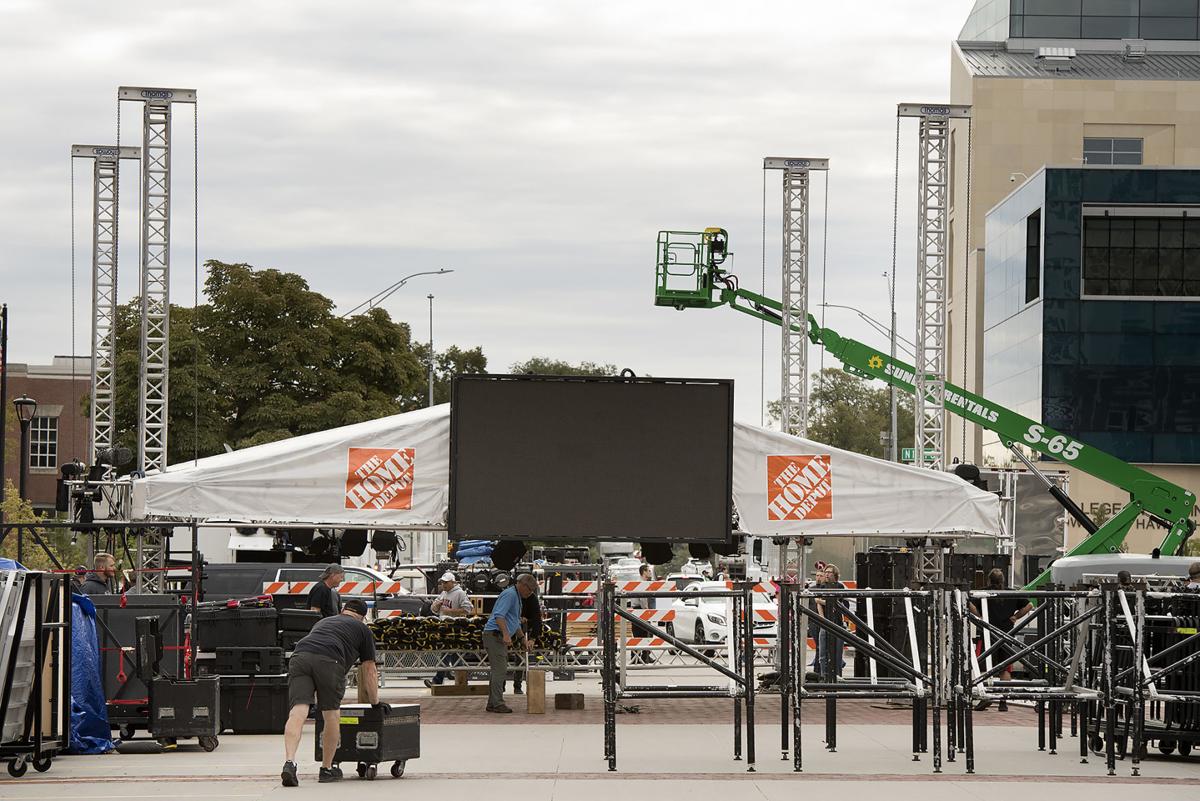 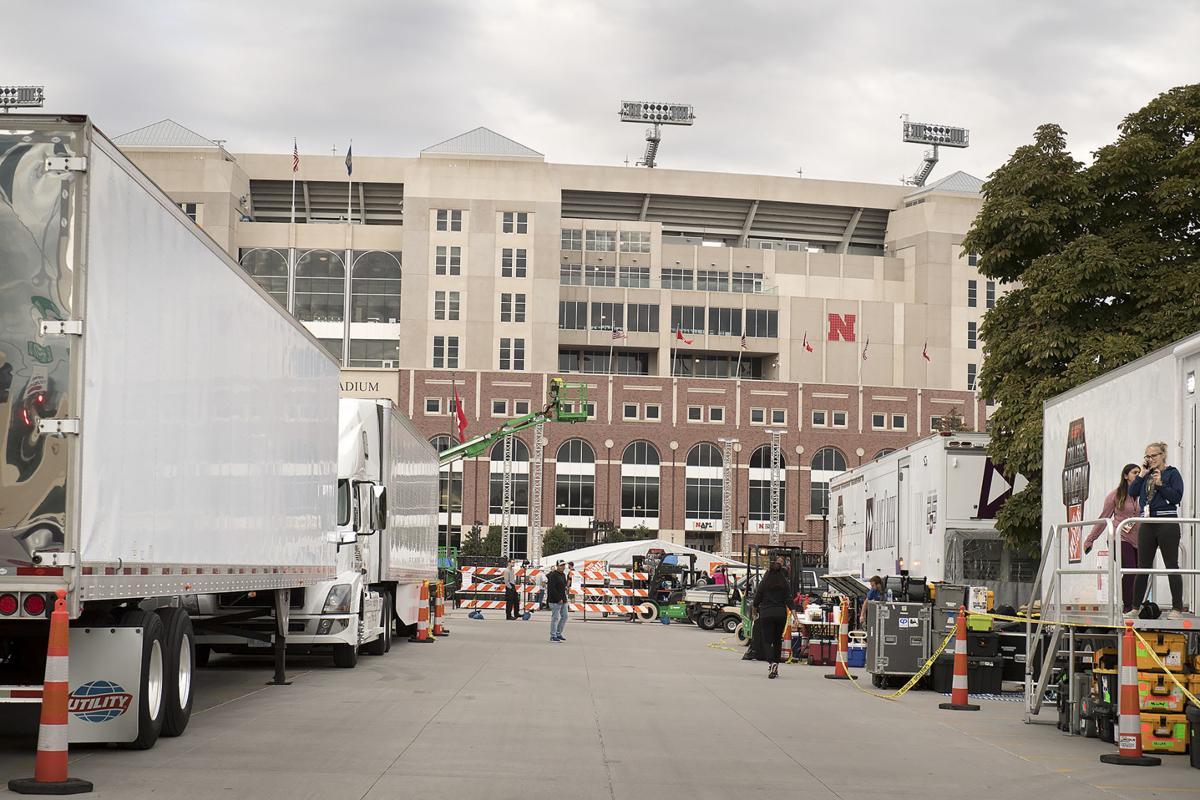 The announcement came at about 11 p.m. Saturday, just minutes after the Nebraska football team defeated Illinois: ESPN was bringing “College GameDay” to Lincoln.

That’s the ESPN show that goes from one college town to the next all season, visiting the site of one of the big games. This week that’s Nebraska’s game against Ohio State. The show began in 1994, and Saturday is road show No. 371, and the sixth in Lincoln.

The show, which airs from 8 to 11 a.m. each Saturday, previews the day that's about to begin in college football with well-known TV personalities Rece Davis, Lee Corso, Kirk Herbstreit and Desmond Howard.

After the much-debated and highly anticipated announcement — at least for the cities that think they have a game that makes them a “College GameDay” contender — comes the six days of work leading up to the show. For a crew of more than 100, that includes a lot of miles on the road, some heavy lifting, planning for the best stories of the week and some adjustments based on what happens on Friday night.

First, we should go back a little further to see how the show arrived in Lincoln. To start the season there are some games that are early contenders. After preseason buzz that “College GameDay” might be coming to Lincoln for the Nebraska-Ohio State game, there was some thought that the Huskers’ loss at Colorado may have ended that. And it’s pretty rare that the show goes to a school that isn’t ranked.

One loss wasn’t enough to keep “College GameDay” from coming to Lincoln, but a second one, against Illinois, would have. Nebraska rallied in the second half to win 42-38.

The show’s decision-makers were watching that game closely before picking this week’s site, according to Drew Gallagher, the coordinating producer for “College GameDay.”

That’s why the decision on the location often isn’t made until Saturday evening, or even later. A team losing, or a big story in college football emerging, can mean the location front-runner on Saturday morning doesn’t end the day that way.

“Quite frankly, that (Nebraska-Illinois) game got a little hairy, didn’t it, on Saturday night?” Gallagher said. “If that game had gone the other way, I’m not sure we’d be coming to Lincoln.”

The show last came to Lincoln in 2007, and they’ve been wanting to come back for a while. Now they had a good reason to, with the second year of Scott Frost coaching the Huskers, and Ohio State coming to town.

“It’s always a tough decision every week, or most weeks it is,” Gallagher said. “This week I don’t think it was that tough, because first of all, it’s a big game, let’s just start with that.

“Here you’ve got Ohio State coming in as the fifth-ranked team. And this is kind of the game that they’ve maybe gotten tripped up on a little bit in recent years, whether it’s losing to Iowa or Purdue on the road. Coming into Lincoln is no easy task, so there is a curiosity for what kind of team is Ohio State right now.”

With the site finalized, decisions for the show were already happening on Sunday morning. Last week, the show was in Athens, Georgia, for the Bulldogs’ game against Notre Dame. Following that show, "College GameDay" director Rodney Perez flew straight to Omaha. That way once the site was finalized he could be in Lincoln on Sunday morning to survey sites for where the show’s stage would be built.

The last time “College GameDay” was in Lincoln, the show was held inside Memorial Stadium, and that was an option again because there was time to clear the stage before the evening game. But Perez also considers what site will make for the best scene, and look the best on TV. They settled on a spot outside the stadium, where the background of the stage will be the massive East Stadium with its new brick exterior and large windows.

By that time, the trucks that bring the stage, cameras, lights and production studio were en route. Those trucks don’t return to ESPN headquarters each week, and instead head straight to the next city. There are some weeks when the trucks just start driving on Saturday evening before the final destination is known.

By Wednesday, some of the setup crew was in Lincoln, and by Thursday afternoon the stage and nearby demonstration football field were in place. When it’s all ready to go on Saturday morning, there will be 15 cameras, 25 microphones, two video boards, and a DJ booth.

It’s essentially a movie set that moves across the country to do one show.

“We’ve got this thing down to a pretty well-oiled machine, but if you really take it apart, boy, it’s unbelievable,” Gallagher said. “You’ve got like seven semi-trucks that travel from site to site around the country. A bus, all our staging, our production truck, all of our personnel. It’s really amazing that we’re able to do this.”

There are about 60 staff who travel with the show each week, and then they add more people for an on-site crew of at least 100 each week.

There is also a crew of about 30 people working on the show at ESPN headquarters in Bristol, Connecticut. During the week they write and edit features. And on Saturday the show is broadcast out of a control room at ESPN, so they can integrate video from the sites of the early games, including player arrivals and warmups.

On Thursday, the production and on-air talent arrive in town. On Friday, they’ll have meetings, and also do segments for other shows on the network. They work on the script for the show, and this week that will include a live interview with Frost.

On Saturday morning, the staff will begin to arrive at 5:15 a.m. There are some Friday night games this week, and they’ll determine how they’ll cover those and any late news.

During the show there are people in the production truck looking for any signs that fans have made and brought that the producers want to get on TV. The on-air talent feeds off the crowd, Gallagher said.

“They’re another character in the show,” he said.

After the show, the crew will meet on stage to debrief, and they’ll shake hands. The stage will come down. Some of the crew will stay in town to begin planning the next show, and then go to the game.

“A lot of our guys stay for the game each week,” Gallagher said. “Rece is staying for the game, Coach Corso usually stays. Again, that’s just because they love college football. Why wouldn’t you want to be at one of the best games every weekend?”

Jack Park has covered Ohio State football for more than 40 years, has been to dozens of university towns and has had some friendly welcomes fr…