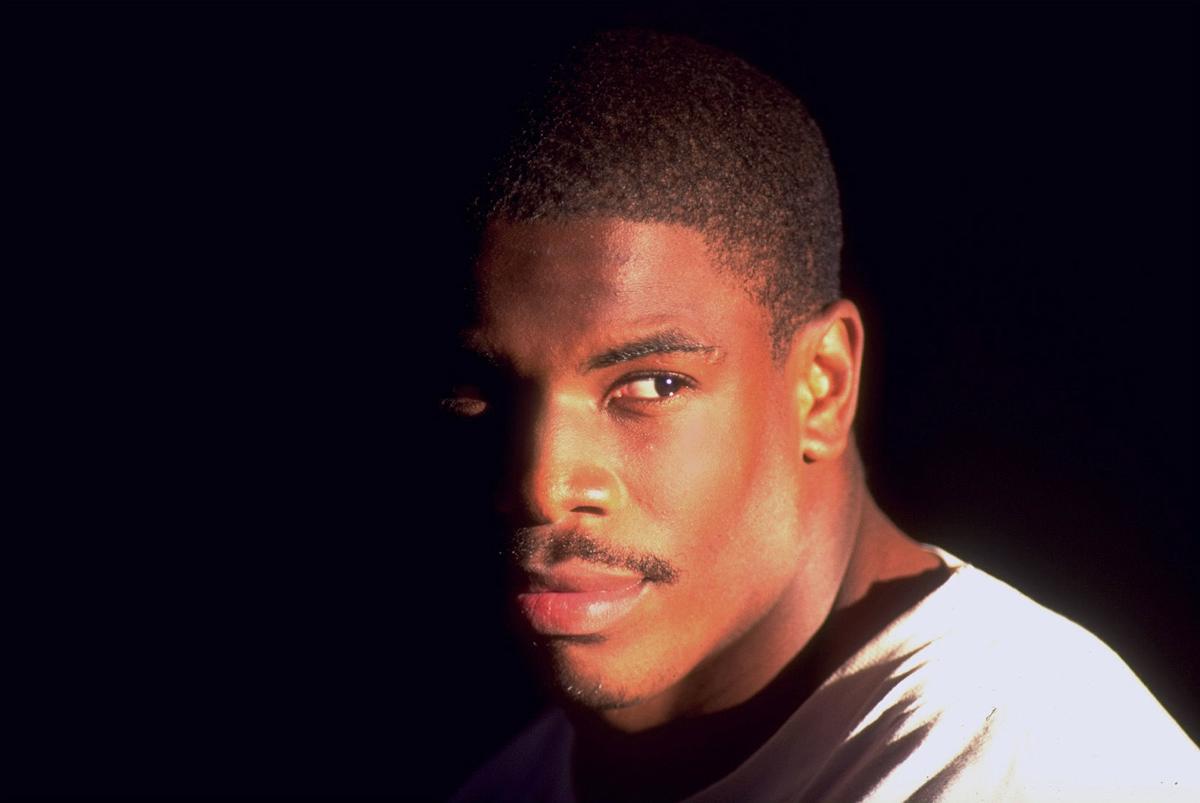 A Showtime documentary on Lawrence Phillips will premiere on Dec. 16. 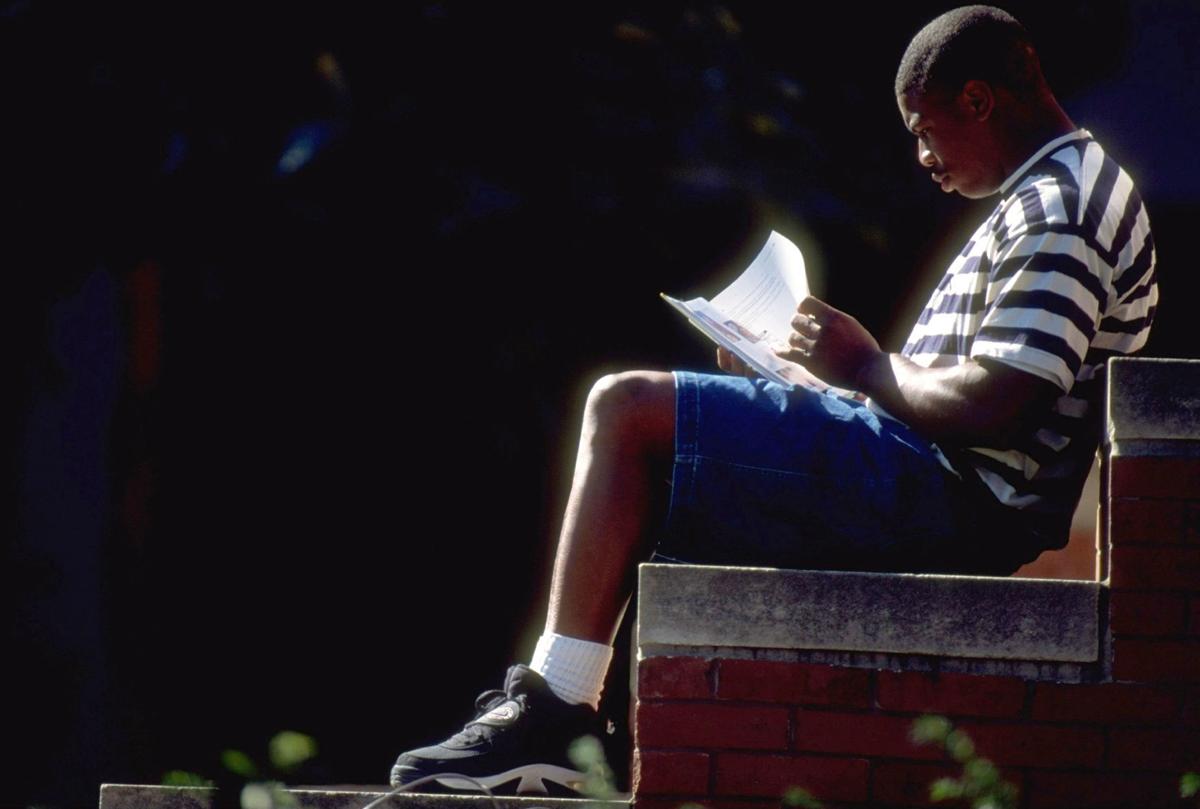 There are moments you will wish you could hit pause and somehow change the story you know is coming. Those times when it appears Lawrence Phillips can still be saved.

Like when his old high school coach looks into the camera and explains the lone question he remembers Phillips asking Tom Osborne when Nebraska's legendary coach appeared for a recruiting visit.

"Who wears No. 1?" Phillips inquired.

"You do," Osborne answered.

Even when you know how the last chapter reads, you momentarily see it: a chance, hope. There are clips of him running through and around helpless defenders back in West Covina, California. That part is something close to artwork.

"One of the most beautiful runners I've ever seen," former Husker fullback Ben Kingston says on camera. "I remember we'd be sitting in films and sometimes Coach wouldn't even say a word. He'd reverse it, and then he'd play it again."

There are appearances from Osborne, Nick Saban, Dick Vermeil and Ray Lewis, all speaking of the running back's physical gifts that allowed him to outrun almost anything but his demons, which stayed with him until he died in a prison cell in January at age 40.

"A wasted, gifted human being," says the Super Bowl-winning coach Vermeil, who drafted him with the Rams and tried as much as any to help him professionally. "It haunts me."

The story of Phillips is covered fairly and from all angles in the documentary "Running for his Life," which will premiere on Showtime on Dec. 16.

It is detailed in describing the worst of Phillips, like in the early hours of that second Saturday of September 1995, when he scaled a wall to a third-floor apartment balcony, entering the residence and dragging his ex-girlfriend by her hair down three flights of stairs. Phillips was arrested for assault and pleaded no contest to a misdemeanor assault charge.

Another of Phillips' victims speaks with tears in her eyes in great detail of the night he assaulted her. There are pictures of the bruises. And they are horrifying.

He'd write the same woman sweet love letters while he was in prison.

The documentary tells it all, including theories about his death, which was ruled a suicide as he faced charges of first-degree murder for the death of a fellow inmate.

But before all that, you learn of Phillips' rough childhood, his time in foster care, his mom's ex-boyfriend who allegedly urinated on him as a kid, the people who hurt him, and also those who tried to help.

It is a complex story with the 90 minutes it is given necessary.

The main subject of the documentary basically didn't attend school all of the fifth grade. Yet when he took a standardized test three years later, he was found to be "gifted."

Ross Greenburg, who produced and directed the documentary, had felt a pull toward Phillips' story for a while.

"I think in the midst of the Black Lives Matter movement, and then also his unfortunate death in the cell in January of this year, I just said to myself, 'I want to tell this story,'" he said.

"I was tired of picking up newspaper articles about pro football players or pro athletes who were involved in domestic-violence disputes, and they seemed to come and go as articles, and people's only perception of all of those stories, 'How could that athlete throw his life away by getting into a domestic dispute?' I figured if there was ever a story that needed to be told, it was Lawrence Phillips to find out why this happens."

Phillips' case, though, has more layers than most, as was discovered long ago by Lars Anderson, who showed up in Lincoln to interview Phillips in April 1995 for a Sports Illustrated cover story for the college preview section.

Anderson was a Lincoln native, 24 years old at the time, but he never let go of his link to Phillips' story, writing a story for Bleacher Report in February detailing the last days of Phillips in prison.

After Greenburg read Anderson's story, he began putting a team together.

Anderson was a co-writer for the project, as was "60 Minutes Sports" correspondent Armen Keteyian. Al Briganti, who was a CBS executive editor for 32 years, also was involved.

"So many people's knee-jerk reaction is just to say the guy's a thug, he wasted his life, you hear that over and over and over," Anderson said. "The stories I've done on Lawrence, I've always tried to shatter that perception. And that's what this whole documentary is about, shattering that perception of Lawrence. It gives depth to his story. We tried to not necessarily document what happened, but why it happened."

Different takeaways will occur when watching it, no question.

One thing everyone will agree on, though, is the story of Lawrence Phillips is a sad one but also important to be told.

"I think what we're hoping is that people need to realize that we have a problem in this country with how we treat our children who are abandoned and who are wards of the state," Anderson said. "And it's so difficult to overcome demons that are created in your childhood when you become an adult because they stick with you."

It is Osborne, vilified nationally for allowing Phillips another chance at Nebraska, who perhaps delivers the film's most memorable line.

"I wish maybe somehow I could have made more of a difference. There's a lot of Lawrences out there."

Timeline: The troubled life and career of Lawrence Phillips

Title: "Running for his Life"

Q&A: Talking with the producer/director of the Lawrence Phillips documentary

Ross Greenburg is the producer and director of a soon-to-be-aired documentary on Lawrence Phillips, "Running for his Life," which will premier…

Lawrence Phillips deserved his prison time. He was a troubled man, but wasn't a hopeless case, Steven M. Sipple writes.

Running for his Life: The Lawrence Phillips story trailer

Click through for photos of former Husker Lawrence Phillips' playing days. Photos by The Associated Press and from the Journal Star photo archives.

Husker roundtable: Discussing what was and what comes next for Nebraska football

Nebraska and Tennessee found their way to each other in 2016 after all.

A Showtime documentary on Lawrence Phillips will premiere on Dec. 16.