The lights went down, and a room full of former Nebraska football players that had been loudly reminiscing got quiet real quick.

The days of the ultra-demanding, physical, borderline sadistic workouts of the early and mid-1990s were long past, melted away into smiles and hugs among the dozens of players who gathered in The Rococo’s lobby before the screening began.

Flashing lights five minutes before 7:30 did little to break up the party. Finally, at 7:40, the lights went down, the sound went up, and those days from 30 years ago that had become nothing more than memories were suddenly flashing in front of the eyes of the men who lived them.

The good old days were back in downtown Lincoln. And not a moment too soon, as the newly finished documentary on the glory days of Nebraska football saw its first crowd at the Rococo Theatre.

"This is something that's long overdue," former NU running back Clinton Childs said of "Day by Day: The Rise." "People hear about the teams and the legacies that we've had. I think it's a great time for this to come out.

"To come to even like this, I think it's pretty cool right now.

The two-part documentary, directed by Justin LePera and featuring former Huskers Mark Brungardt and Josh Davis as producers, got the Hollywood treatment Thursday night in the Midwest.

The first of a two-night screening at the Rococo was a high-class affair. With cocktail attire requested, the suit jackets and slinky dresses walked out of the spring humidity and into the theater's entryway. LePera and Brungardt shook hands and spoke with player after player and their families.

Then Tom Osborne walked in shortly after 6:30, and the players who were stars all those years ago turned into fans again — cell phones pointed in the coach's direction, whispers to family that yes, that was the man they played for all those years ago.

"For me, my wife and kids didn't see me play ball," said former NU defensive lineman Jared Tomich, who drove with his family from their home in Indiana to Lincoln for the premiere. "So for me, this is the next best thing. This is the goosebumps and the excitement that comes with this. We're super excited."

One of Tomich's two sons wore a white No. 93 jersey, just as his dad did at NU from 1993 to 1996 while turning himself from a walk-on into a two-time All-American. Both kids carried replica Husker helmets, seeking out the autograph of any former Husker they could find.

"Knowing what they did, and being a part of it, what an honor, first and foremost. I'm just thrilled to be a part of the telling of the story," Tomich said. "When Justin (LePera) was explaining it, I was just like, 'This is awesome.'

Thursday's premiere covered the years from when Osborne took over as head coach in 1973 to the rise of NU as one of the sport's great programs in the early and mid-1990s.

Husker fans and players had long clamored for such a look at the program, à la the "30 for 30" series made famous on ESPN.

Thursday brought the dream to life.

"I think all of us were thinking at some point there would be a '30 for 30' or something on Coach Osborne. It didn’t happen; I know they had talked about different storylines, and they didn’t come out, or didn’t happen, and there were rumors about stuff," former NU defensive lineman Steve Warren said.

"But it was a story that deserved to be told. And I’m glad they’re telling it."

Photos: The sights from the premiere of Husker football documentary, 'Day by Day'

Just a sophomore, Carter Nelson has quickly become one of the state's top athletes — "He's a pretty rare breed," his coach and teacher said.

Al Papik, who left mark at Doane and Nebraska in decades-long career, dead at 95

Papik served many roles at Nebraska between 1973-1999, first as director of admissions and later as an assistant athletic director and compliance coordinator.

What's it like to plan a trip to Ireland for the Husker football team? NU's Sims details the process

From equipment to medicine to hotel plans, NU director of football operations Andrew Sims describes the meticulous plan for Nebraska's trip to Dublin.

As NCAA works to eliminate collectives' involvement in recruiting, NU believes it has nothing to worry about

The three-page document landed in email inboxes around the country early last week. For the first time in more than 10 months, the NCAA was of…

A wide receiver that played with Casey Thompson last season at Texas will be on campus this weekend. So will coveted 2023 targets. 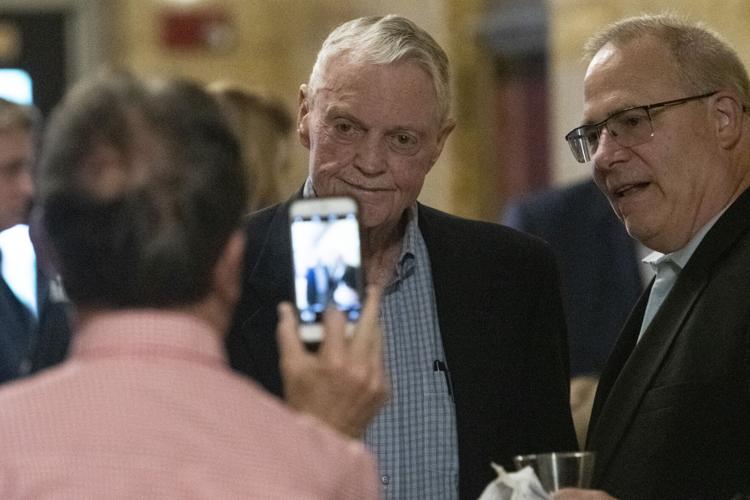 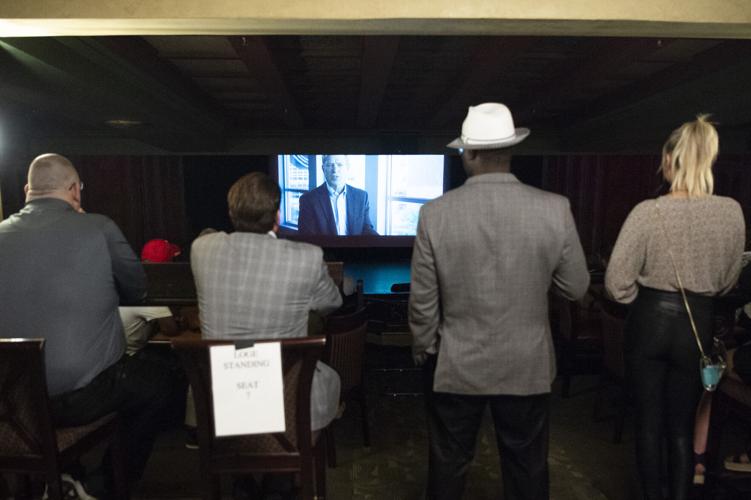 Former Nebraska players and guests watch the premiere of the Nebraska football documentary, "Day by Day," on Thursday at the Rococo Theatre.