However, although NU fell 26-20 Friday at Iowa, the Huskers held the Hawkeyes to 4.3 yards per play, and just 2.9 yards per carry.

Chinander made clear Tuesday he was looking for a strong performance from his group after the setback Nebraska suffered Nov. 21 in the form of a 41-23 loss to Illinois in Lincoln.

"That was just a really, really poor performance from us," Chinander said. "Obviously, anytime that happens, it starts with the coaches. It probably trickles down. But the guys knew we had to get things corrected. We had to practice better, we had to prepare better. Sometimes little things that a lot of young guys don't think matter really do matter. They see how that affects their day-to-day life and affects what happens on Friday or Saturday.

"What happens in practice affects what happens on Friday and Saturday. For them to come back and work the way they did, it's not a moral victory, but it shows the program is moving in the right direction. We have enough here, we just have to do it consistently and have to execute consistently."

Illinois converted 11 of 17 third downs into first downs. On the other hand, Iowa was only 4-of-14 on third down.

"(Our defenders) did what we asked them to do — they defended the run and they got off the field on third down," Chinander said. "So it hurt them pretty bad to not be on top at the end of that game. But it shows the guys that consistency is as important as anything else. You have to be consistently good on defense in stopping the run week to week, and get off the field on third down.

"Then maybe you win that game if you have a little momentum, and that momentum kept going all through the year. But we can't have those lulls like we did against Illinois."

Chinander said Nebraska (1-4) is tackling better this year. He made mention of that aspect because the Huskers didn't tackle particularly well in last year's 31-27 loss at Purdue.

"They have to do their job every single snap, period."

Watch now: Here's what Frost, Husker players are saying on the Monday of Purdue week

Watch now: Taylor-Britt says 'it shouldn't be that hard' to catch a punt

Watch now: Honas says, 'What you put on tape is who you are'

Watch now: As a captain, Martinez says he 'owes' the team to give 'everything' he has

Purdue's defense is giving up more than 30 yards fewer this year than last; a young Husker receiver is getting his chance.

Huskers expect both QBs to play vs. Purdue. How much, and in what kind of rotation? That depends

Head coach Scott Frost has consistently said he prefers to pick one quarterback as “the guy” and stick with him, but the timeshare against the Hawkeyes didn’t appear to knock either player out of rhythm.

Michigan takes a drop while Ohio State is still on top in spite of having a game canceled in Parker Gabriel's latest Big Ten power rankings.

Nebraska's Dec. 12 foe, Minnesota, is on pause after a COVID-19 outbreak in its program.

Martinez on Monday said he likes tough coaching. But being a captain in 2020 is a markedly different experience than being one in 1997.

A former in-state recruit feeling "comfortable" at two positions leads the notebook, which includes Cam Taylor-Britt on his dropped punt vs. Iowa.

Nebraska linebacker Will Honas' steady play has given the Huskers a boost in recent weeks.

Check out our guide to the weekend in college football on TV.

There isn't a better pair of receivers in the Big Ten than David Bell and Rondale Moore. Check out Chris Basnett's look at Purdue.

Highlights include an update on the starting RB and the Huskers' desire to play anybody, anywhere amid virus issues around the Big Ten. 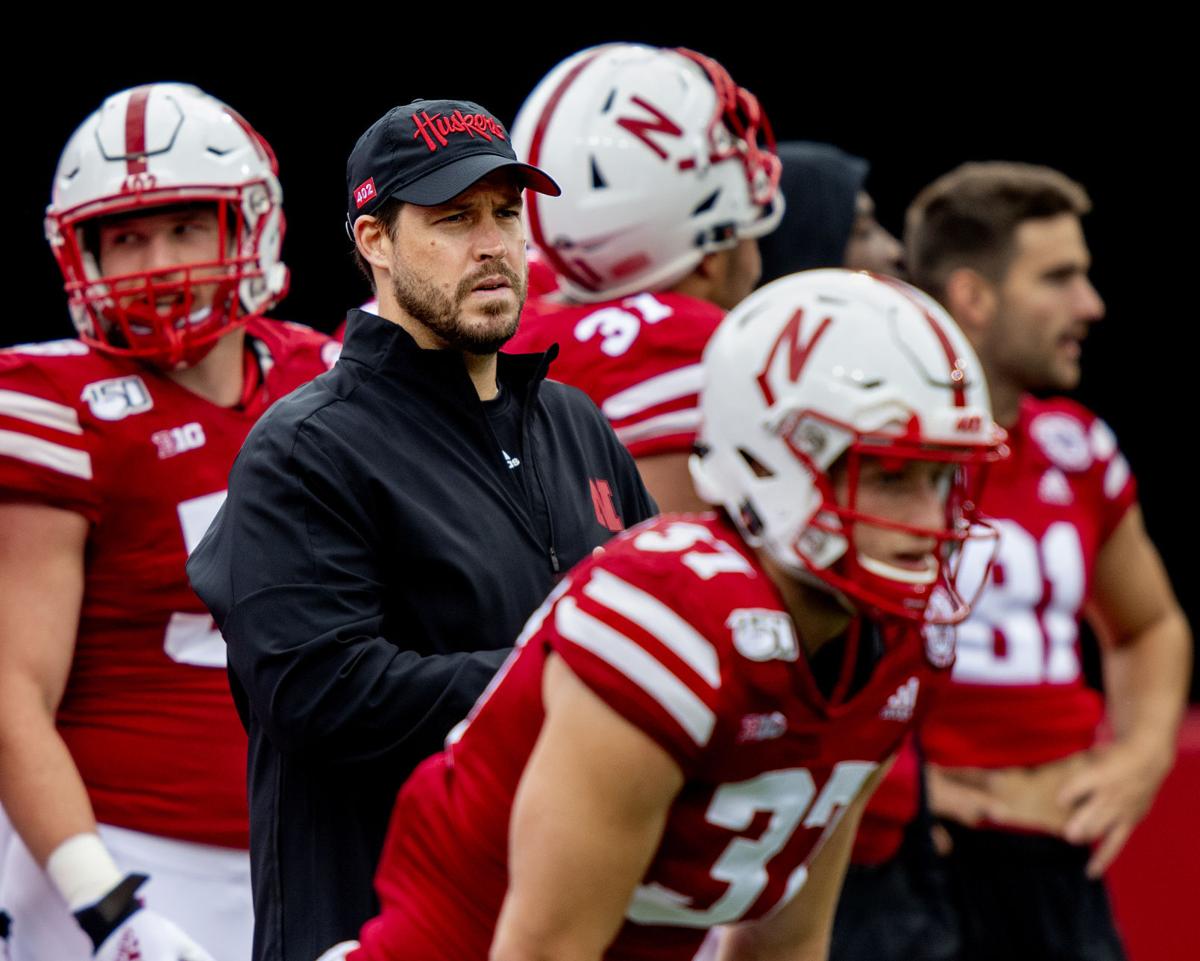 Nebraska defensive coordinator Erik Chinander works with the team during pregame drills before taking on South Alabama in 2019 at Memorial Stadium. 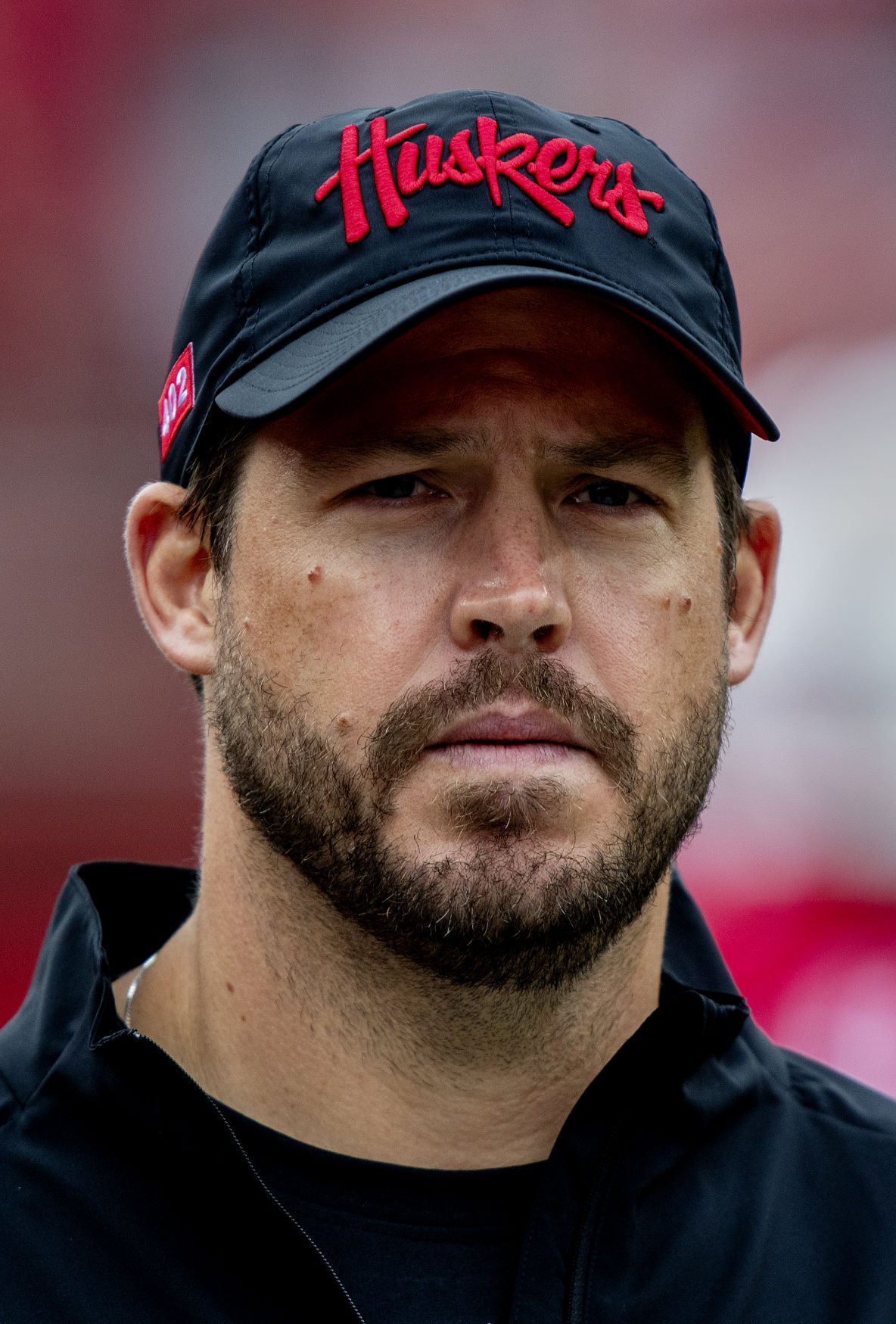