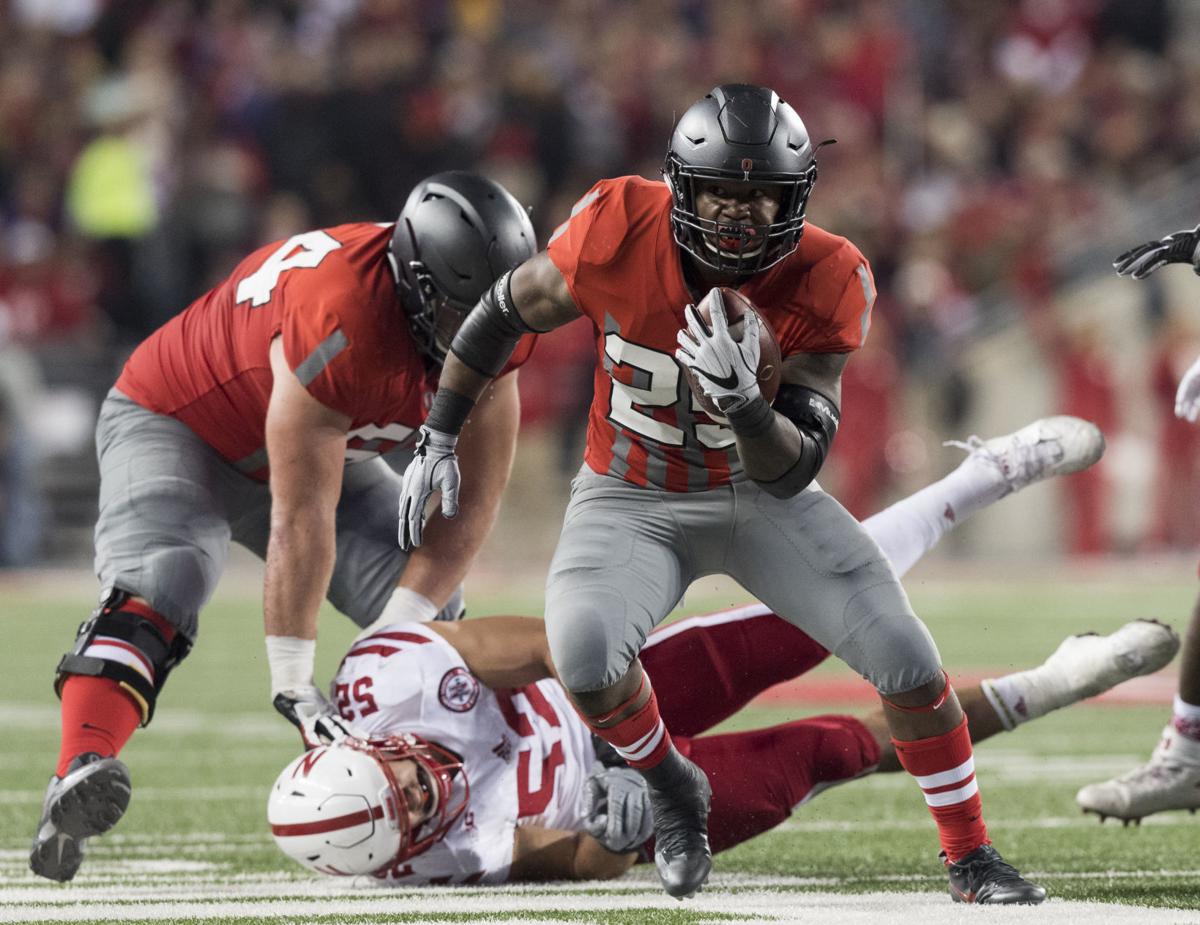 Ohio State running back Mike Weber breaks loose on a third-quarter run during last season's 62-3 win over Nebraska in Columbus, Ohio. The Buckeyes rushed for 238 yards against the Huskers. 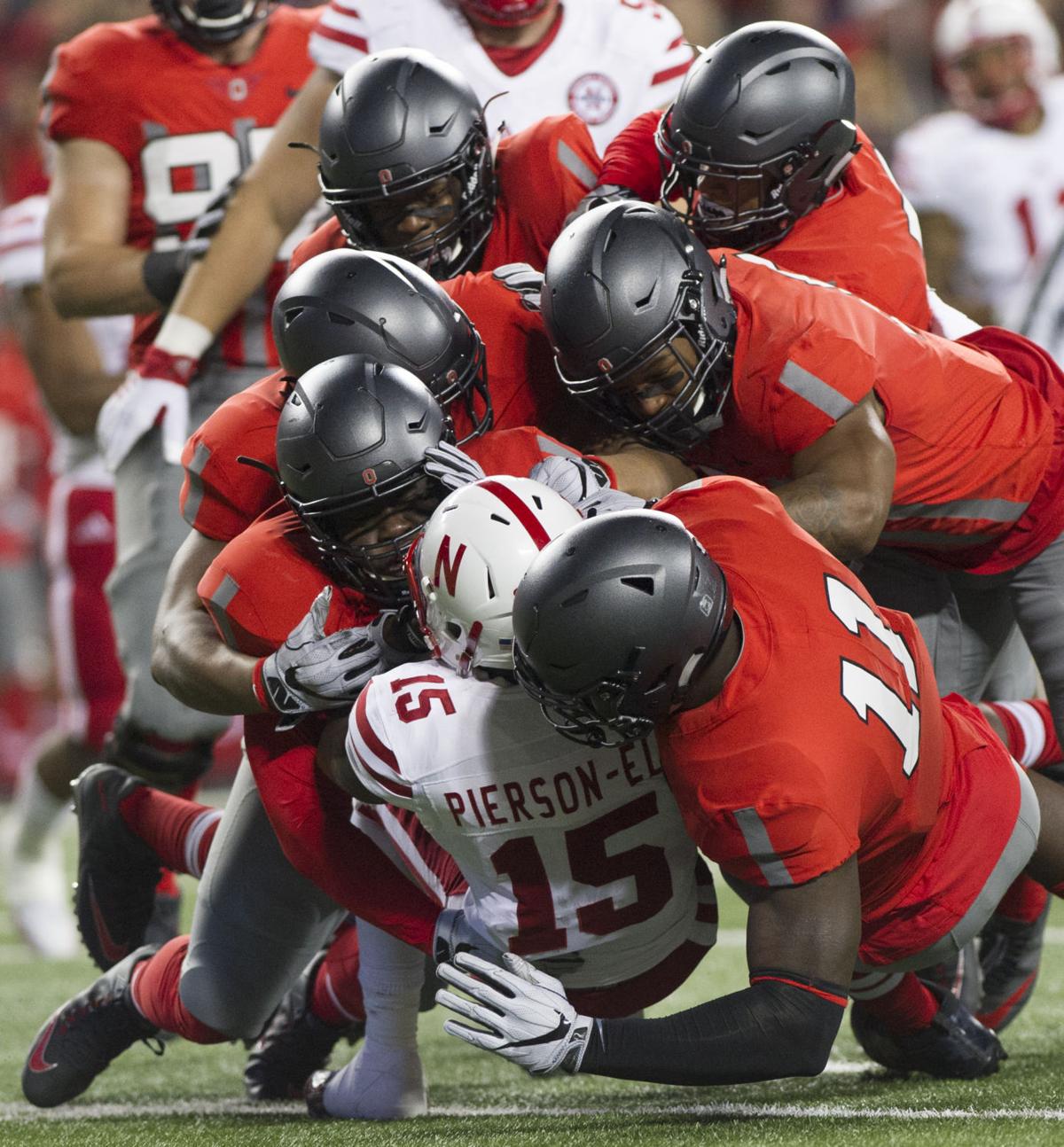 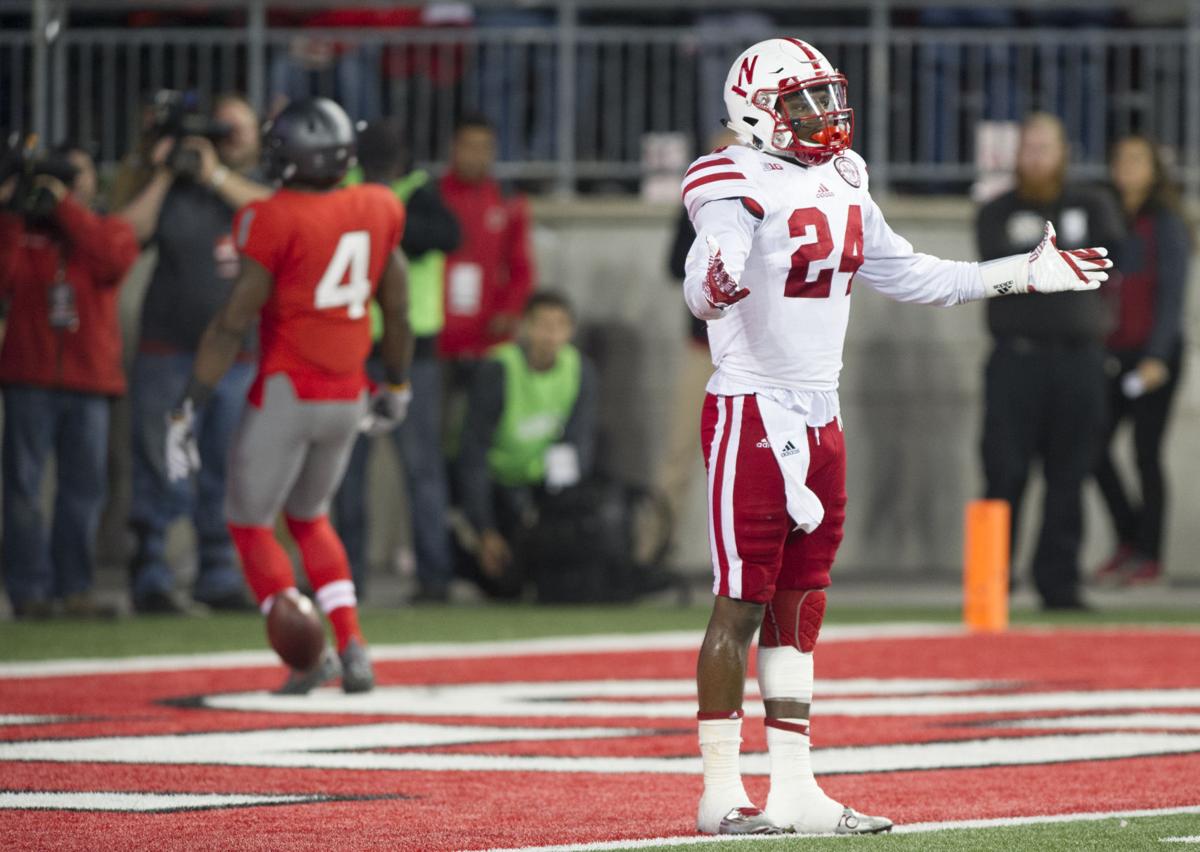 COLUMBUS, Ohio — There was belief that Nebraska football might be past those games where you just start to look at the clock and beg for it to get to zeroes.

It is not past that, as a serious Buckeye black eye was supplied Saturday night, with Ohio State embarrassing Nebraska 62-3 before a delighted crowd of 108,750 at The Horseshoe.

"That was real bad and we're all responsible for it, and Ohio State played real well," said Husker head coach Mike Riley.

Riley said the whole thing "came out of the blue to me."

"I don't know what it wasn't, but what it looked to me was very strange," Riley said. "I didn't think we played very loose. I thought we were tight early. But the fact of the matter is, we really couldn't do a lot offensively and we couldn't get them off the field defensively."

Husker coaches and players had a hard time figuring out how a game between two teams ranked in the top 10 so quickly evolved into a prime-time embarrassment on national TV.

"We just weren't playing our football," said senior linebacker Josh Banderas. "There's no reasons, there's no one to point a finger at but ourselves. It just wasn't on tonight."

The football part of it was abysmal for Nebraska, and things got downright scary when Husker senior quarterback Tommy Armstrong was carted off the field in the second quarter after his head smacked the turf.

Medical personnel had to cut his jersey and pads off and placed a brace around his neck. He was talking and could move his extremities before being put in an ambulance and taken to a local hospital.

Armstrong returned to the stadium early in the third quarter, the crowd cheering as he jogged across the field and hugged teammates.

"It's too early to tell exactly what his situation is for next week playing football, but the good situation is that he came back out," Riley said.

The game mercilessly continued after his injury, though by that point, it already seemed clear the Huskers weren’t prepared to go toe-to-toe in this national-spotlight game.

Football is a game where it's possible to snap the ball 18 times and have the opponent not take one snap and still be down by four points.

That happened to the Huskers, who got the ball first, and saw a third-down pass from Armstrong get deflected and picked off by Damon Webb, who returned it 36 yards for a touchdown.

Ohio State is skilled at that, and had the scoreboard in its favor just 1:34 into the game. The Buckeye "D" would later run back another pick for its sixth interception return of the season.

"This was obviously a tough loss," said senior wide receiver Jordan Westerkamp. "We'll learn from it and get better. It's hard to put your finger on what really was the problem sometimes. Just a tough game. Tough game. We'll grow from it, as hard as that is to kind of look at. ... A lot of people would wish to be 7-2 right now. We're keeping our heads up, obviously, and just moving forward."

NU's only points came after a 15-play drive in the first quarter. The Huskers had a first-and-goal from the 2-yard line, but had to settle for a 20-yard field goal.

The Buckeyes finally got the ball and promptly drove 57 yards in 10 plays for a touchdown to make it 14-3. Nebraska could not get off the field on third down, including a 22-yard completion from J.T. Barrett on third-and-20.

The Huskers finally had a bright moment when Ohio State dropped a punt and Luke McNitt recovered it at the Buckeye 38.

Then Armstrong scooted for a first down. Hope for a second. Then the realization he was down.

Backup QB Ryker Fyfe came in for his first extensive action since last Halloween against Purdue. Fyfe's first series of downs ended at the Buckeye 15 with a fourth-and-1 incompletion.

Ohio State's offense then used 15 plays to go 85 yards, scoring on a 1-yard jump pass from Barrett with three seconds left in the half.

It could get worse and did. The Buckeyes outscored Nebraska 24-0 in the third quarter, scoring on a 75-yard bomb from Barrett to Curtis Samuel on the first play of the second half. Another touchdown, another field goal, another pick six and it was 55-3.

Nebraska had not only lost the game in embarrassing fashion, but lost its lead in the Big Ten West.

Wisconsin, with last week's win against NU and a tiebreaker advantage, now controls its fate to get to the league championship game in Indianapolis.

After Saturday night, Indy was the last thing on the minds of most Husker fans.

"My thought is that this team will respond," Riley said. "And it's pretty raw right now to say that, and I know it probably doesn't look real good. 'How in the world will you know it?'

"But we've played through hard games, hard times, played our best ball in the fourth quarter of games. I'm just going to continue to believe that that's going to be the case of how we're going to respond to get ready for the next ball game."

No. 6 Ohio State put a 62-3 thumping on No. 10 Nebraska on Saturday in Columbus, Ohio, and The Horseshoe. Photos by the Journal Star photo staff.

COLUMBUS, Ohio — Tommy Armstrong was flat on his back on the sideline. He wasn't moving.

COLUMBUS, Ohio — It was a knockout in which Nebraska kept trying to throw haymakers like a punch-drunk fighter out on his feet.

Blackshirts can't get off the field as Buckeyes run wild

COLUMBUS, Ohio — This may be hard — really, really hard — but think back to a time early in Nebraska’s game against Ohio State on Saturday at …

COLUMBUS, Ohio — It was a frightening scene when Nebraska quarterback Tommy Armstrong was carted off the field and taken by an ambulance to a …

The Scene: Foltz family touched by support, tributes to Sam

COLUMBUS, Ohio — Smack dab in the middle of Ohio Stadium, the indescribably massive home of the Buckeyes, there was a calming quiet.

COLUMBUS, Ohio — Whenever a score is as lopsided as the 62-3 defeat Nebraska took on the chin Saturday night, the question of effort is always…

Here's your chance to grade the Huskers 62-3 loss to the Buckeyes.

Nays and nays: Remembering when 62-36 seemed so strange

COLUMBUS, Ohio — It was 15 years ago that an undefeated Nebraska team traveled to Colorado for a Black Friday game in which the cracks in the …

Nebraska quarterback Tommy Armstrong is going through concussion protocol, leaving mystery to whether he'll play this week against Minnesota.

Ohio State running back Mike Weber breaks loose on a third-quarter run during last season's 62-3 win over Nebraska in Columbus, Ohio. The Buckeyes rushed for 238 yards against the Huskers.