Brendan Radley-Hiles decided Friday night was the night, pledging his commitment to Nebraska and beginning a monster Husker recruiting weekend with the loudest noise a hungry fan base could imagine.

Radley-Hiles announced on Twitter in an 86-second video in which he explained his decision in a letter to his late brother, Brandon Webb, who tragically died before Brendan was born.

I know I have my angel watching me, just chase my dream..
Rest In Peace Cisco, XLIV Forever.#Committed pic.twitter.com/wJaT4aVatT

"Brandon, I was thinking about building my legacy away from home, starting fresh in the heart of the country. A new city, new beginnings, new everything," Radley-Hiles said during the video.

He wears 44. Same number his brother wore. He also was born four years and four days after his brother was gone. "It all ties together," he said this week.

He ended his video by announcing, "I dedicate this to you. I am officially committed to the University of Nebraska. Go Big Red."

While he has said he planned on waiting to announce until July 31 — Brandon's birthday — Husker fans will bask in the news and momentum it provides the program with so many key visitors in town this weekend.

Radley-Hiles is among the more than 40 recruits here for Saturday's Red-White Spring Game, and has been in Lincoln since Thursday.

Often referred to by his nickname "Bookie" (pronounced Boo-key), the four-star cornerback who is currently attending IMG Academy in Bradenton, Florida, is ranked No. 36 among all recruits in the 2018 recruiting class.

Nebraska now has five commits. Four of those are ranked among the top 300 recruits by ESPN.

A native Californian, Radley-Hiles stands about 5-foot-10, 180 pounds, and won the attention of Husker fans when he dominated with both his game and personality during an appearance at a Friday Night Lights camp in Lincoln last June.

Radley-Hiles also has a long connection to Husker cornerbacks coach Donte Williams. The recruit remembers being just 8 when he first met him. Williams used to come over to the family house to watch film on defensive backs.

He also brought up unsolicited how much meeting the late Milt Tenopir last June stuck with him.

"He was just basically telling me how the Nebraska fans want me, and how I should give them what they want," the cornerback said.

That, he noted, "was a big step for me." Radley-Hiles described that whole evening as "an uncommon experience."

When Radley-Hiles did jump aboard on Friday night, Husker coach Mike Riley wasted little time sending out a multiple exclamation-point tweet in clear connection to the news.

"The Huskers just landed an incredibly special young man! He saw the vision. Time to keep it going!!" Riley tweeted.

Radley-Hiles prides himself on winning battles at the line of scrimmage, keeping in mind the advice his older brother, Lucky Radley, used to tell him: Be violent with receivers. Use your feet. Be smart. Go get the ball.

"As a corner, if you're going to lose, you want to lose off the line so you can recover, but there's not so many guys that can recover," Radley-Hiles said. "There's the Jason Verretts, the Patrick Petersons, the Joe Hadens, the Tyrann Mathieus, the ones that can. They can recover and that's why they are what they are.

"I feel like if I keep working on my recovery, and not making the mistake of getting beat at the line, hopefully I can be one of those guys one day."

The recruits are in the house and the Huskers will take to Memorial Stadium before nearly 80,000 fans in the annual Red-White Spring Game.

Slideshow: Get to know the Husker targets attending the spring game

Nebraska will host over 30 recruits, including three current Husker commits, during Saturday's Red-White Spring Game. Click through the slides…

Strangers call Brendan Radley-Hiles by his nickname as though they've known him for years.

The stars showed up to see the stars. Somewhere around 2,500 of them at peak attendance, dressed for a game, cheering like they would for a fi…

Cameron Brown is fast. Very fast. As in, can-run-40-yards-in-4.51-seconds fast. But he'll admit what happened Sunday was a rare time when ther…

Prep Extra Podcast: Previewing a big week in the city, and peeking in on some intriguing matchups around the state 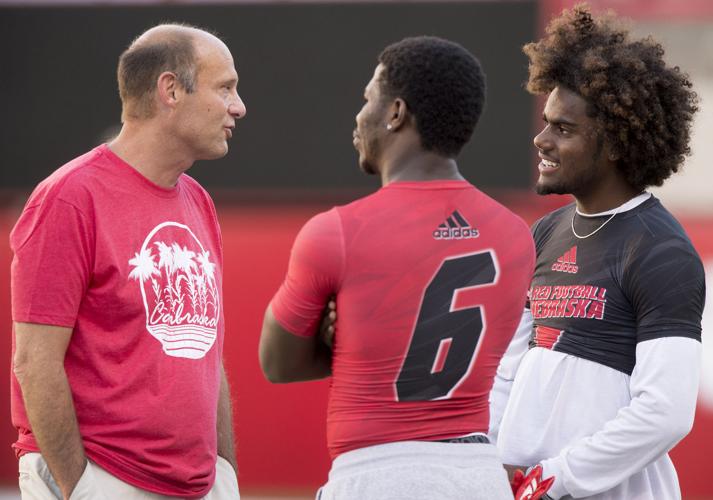 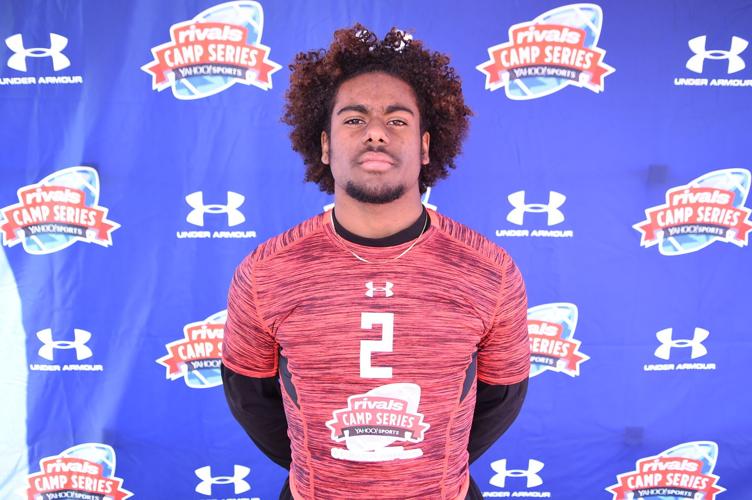