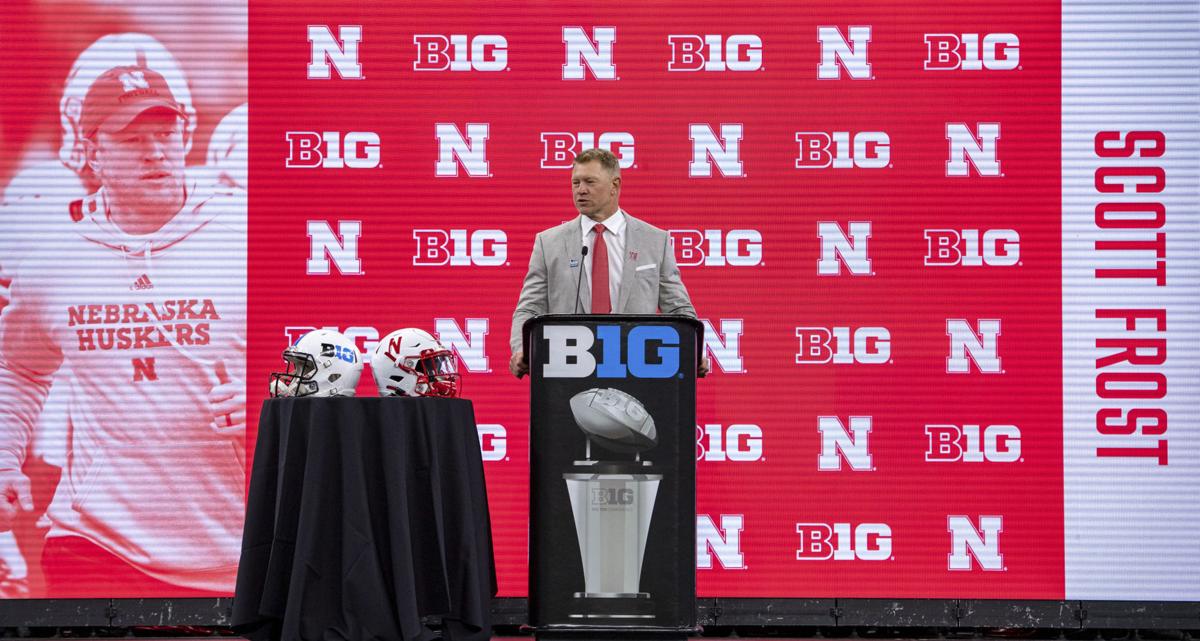 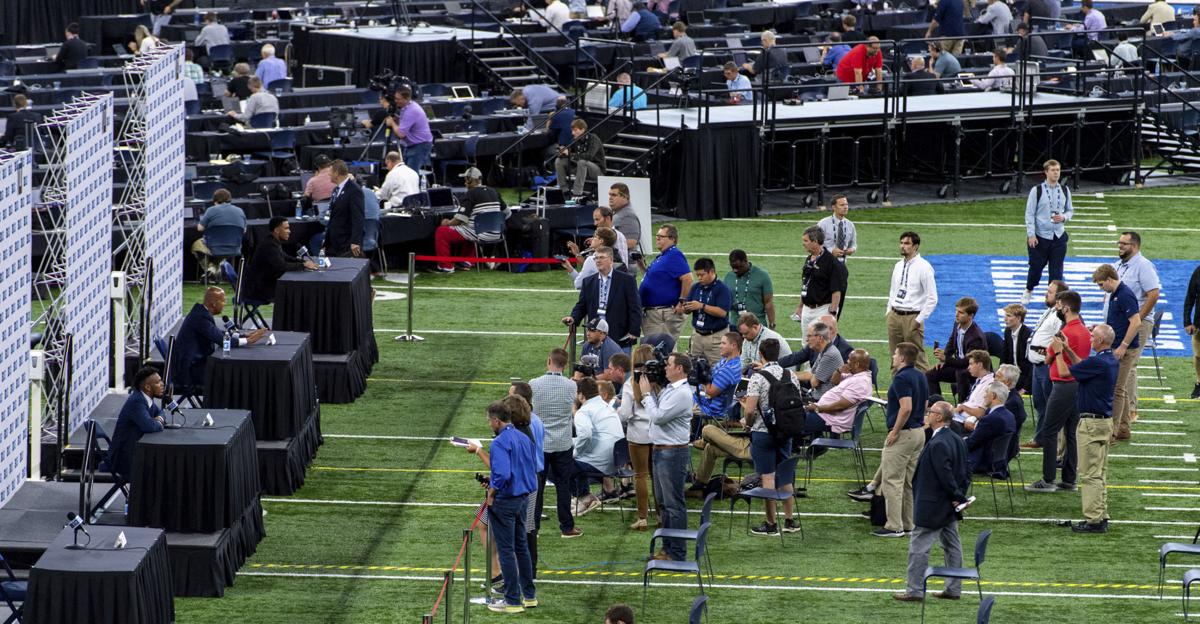 INDIANAPOLIS — There are more than a few people who follow Nebraska football, either closely or tangentially, that don't have to go far down the schedule to find the season's most important game.

As in, the Week 0 matchup at Illinois might be the most important game.

For a program that sits at 12-20 in Scott Frost's tenure, and for a team that was humbled at home by the Illini last season, perhaps every game should be considered important.

But the Aug. 28 lid-lifter in Champaign feels to many like a game that could set the tone for the entire season.

Count at least one of NU's players in that group.

"That game is a factor, right there. That game is going to determine how the season is going to go," senior safety Deontai Williams said Thursday during Big Ten Media Days at Lucas Oil Stadium. "I feel like that game right there is the most important game of the season, other than Ohio State."

It's a game that will match the team picked fifth in the Big Ten's West Division against the team picked seventh in the Cleveland.com poll of the league's media. The national stakes won't be high. But on the micro-level, it's an opportunity, as the first major college game of the season, for either the Huskers or Illini to put a positive stamp on the start of the year.

With a noon kickoff on Fox, the matchup will have plenty of eyes drawn to NU coach Scott Frost's first game under new athletic director Trev Alberts.

And while coaches rarely, if ever, publicly concern themselves with preseason rankings, Frost made the case Thursday why those picks were accurate.

"We’re picked where we deserve to be. When we’ve earned it, we should be picked higher than that," Frost said. "That being said, if predictions were right, we wouldn’t even have to play the games. My second year I think we were picked first for no good reason.

"I like where we’re at. And if that puts a chip on our kids’ shoulders, then that’s a good thing."

Nebraska has made splashes at Big Ten Media Days before. Frost was brash in 2018. Former athletic director Bill Moos talked about the league's powers "running scared" from NU in short order.

All parties have been humbled plenty since those days.

Nebraska trailed by as many as 24 points in last year's 41-23 loss to the Illini in Lincoln. Coming off an unexpected win against Penn State, it was just another example of the Huskers stubbing their collective toe with a chance to build momentum. Now, the Illini have an accomplished coach in Bret Bielema piloting the ship, and Husker fans don't need much reminding how Bielema has fared against NU.

So there shouldn't be any need for Frost to tack a motivational poster on the wall of the Nebraska locker room.

"I'm not into sloganeering," Frost said, sending the assembled media scrambling for their dictionaries (yes, it's a word). "If my guys need them to motivate them every day, I've probably got the wrong players."

The time will come soon enough whether Nebraska's actions can match its words. Win or lose, there will be 11 more chances for the Huskers to prove their worth in 2021. But rarely has a game among bottom-half divisional teams carried so much weight.

"The one thing we need is momentum right now. There's so many good things that are happening in our program," Frost said. "These kids deserve a little wind under their wings, and that first game's going to be an opportunity for us against a Big Ten opponent. So that really is a big game."

Frost, like most coaches, has made a habit of trying not to put one game above another. He balanced his comments Thursday, saying one game "isn't going to catapult or sink us."

But on the floor of Lucas Oil Stadium, where they've played the Big Ten title game for the last 10 years, and where they'll play it again in December, it was clear that those wearing the block "N" on the lapels of their suit jackets know that a late-August matchup against a team that went 2-6 last year carries plenty of weight of its own.

"It definitely is even more important than any other year," senior defensive lineman Ben Stille said. "There's no warmup game; there's no 'get the wrinkles out.'

"You've got to get the wrinkles out in fall camp. Because Game 1 counts, and it counts in a big way, especially for us in the West."

The Huskers' Media Days contingent is in Indianapolis. So are we. Here's your one-stop for all of the goods from the next two days.

What was trending during Day 1 of Big Ten Media Days? Sloganeering, tattoos and more

Here are some notable, fun or eye-raising notes from Day 1 in Indianapolis. Yes, Scott Frost's mini-rant on preseason slogans makes the list.

Two-Minute Drill: Breaking down everything we heard and learned at Big Ten Media Days

From the importance of the Week 0 contest against Illinois to Scott Frost's demeanor, here's a video analysis of the Huskers in Indy.

Some quick hits from Nebraska's Thursday appearance at Big Ten Media Days, ranging from the Huskers' confidence in 2021 to vaccinations.

Nebraska's Cam Jurgens was one of 40 centers named to the Rimington Trophy preseason watch list Friday.

Steven M. Sipple: Frost makes case that program has improved, but has the head coach?

With an improved roster and culture, the onus this season is largely on the Nebraska coaching staff, and Scott Frost in particular.

It's safe to say the Huskers are looking forward to the return of the Big Red. Scott Frost went as far to say it was "almost a disadvantage for us."

Here are some notable, fun or eye-raising notes from Day 2 in Indianapolis.

Former Husker QB Noah Vedral took advantage of his opportunity to play at Rutgers in 2020, and he saw success in a trying year.

he writes on the new Husker athletic director.