Best in the Big Ten: Counting down the top 25 players
0 Comments
Share this
1 of 3 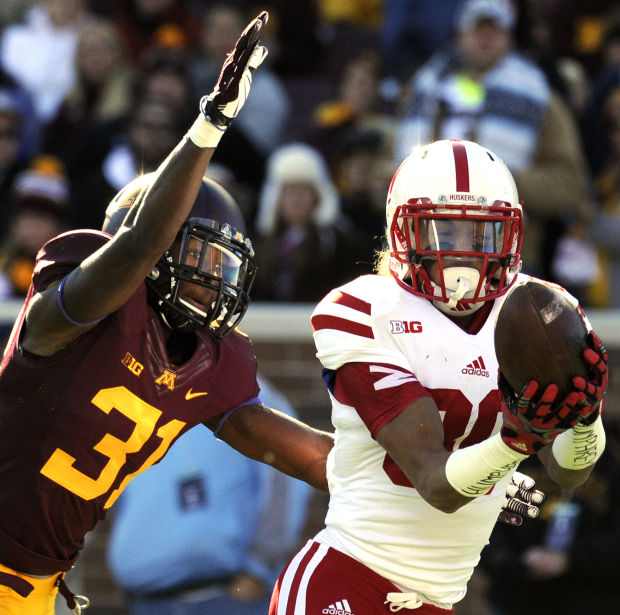 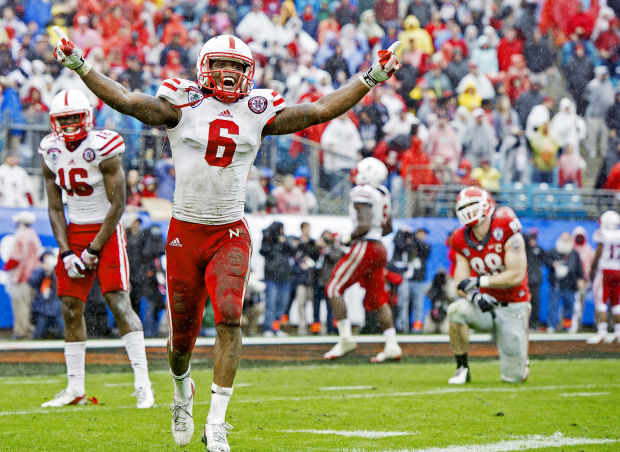 Nebraska safety Corey Cooper (6) runs off the field in excitement after holding Georgia a second time on fourth down during the final moments of the fourth quarter in the Gator Bowl on Wednesday, Jan. 1, 2014, at Everbank Field. 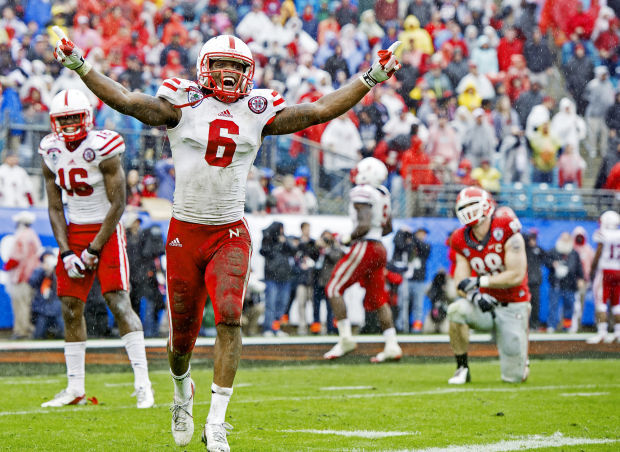 Yes, it's the time of year for summer lists such as this one, our annual attempt to pick the best football players in the Big Ten Conference.

The objective is simple: Highlight some of the key players in the league while opening the floor to debate.

There is only one requirement, really. To make the list, a player must have at least one season of significant playing time under his belt.

For example, a player such as Husker sophomore defensive tackle Maliek Collins may ultimately be mentioned if he matches the spring hype. But for now, with just one start, we wait for more game data before deciding where he ranks.

With that said, we begin from the bottom of our top 25. We'll save the top 10 for Wednesday.

25. Corey Cooper, Nebraska, safety: His leadership should not be undervalued. He's not a big talker, but when he does talk, teammates listen. His numbers last season include a team-high 91 tackles. He also had five tackles for loss, including two sacks. It can't be a great Husker defense without great safety play. Cooper’s experience, combined with the talent of up-and-comers LeRoy Alexander and Nathan Gerry, gives the Husker defense an opportunity to thrive.

24. Christian Hackenberg, Penn State, quarterback: He threw for almost 3,000 yards as a freshman. There’s no question about his arm. And as new coach James Franklin has pointed out, the guy has great hair. So there's that. He’ll only get better, though he now has to do it without Bill O’Brien and a roster that is probably at a low point after NCAA sanctions.

23. Noah Spence, Ohio State, defensive end: You'll see plenty of mock drafts that have Spence listed as a first-round pick next year. No doubt he's disruptive when on his game, recording 14½ tackles for loss, including 8½ sacks, last year. You could also make the case he's only Ohio State's third-best defensive lineman. He'll also miss out on inflating his numbers early in the season, suspended for the first two games for testing positive for the drug Ecstasy.

22. Chi Chi Ariguzo, Northwestern, linebacker: There’s an argument to be made, on paper at least, that Ariguzo is as good as any linebacker in the league. He’s coming off a season in which he had 106 tackles. Definitely a ball hawk. One of his thefts included an interception in Lincoln last year.

21. Carl Davis, Iowa, defensive tackle: Davis was a second-team all-conference pick a year ago by league coaches, who have a better idea than everyone of who causes headaches in the trenches. For a defense moving on from the loss of three stud linebackers, the 6-foot-5, 315-pound Davis maybe is the biggest piece on that side of the ball. The Des Moines (Iowa) Register labeled him as “Mr. Indispensable” for the Hawkeyes.

20. Jake Ryan, Michigan, linebacker: Ryan is healthy after missing half of last season with a knee injury. Moving to middle linebacker for his senior season, he's the type of player that can record 100-plus tackles if he can avoid injuries.

19. Rob Havenstein, Wisconsin, offensive tackle: The 6-8, 327-pounder has started every game for the Badgers the past two years. He should be the Badgers' best lineman this season, and given the Badgers’ recent track record up front, their best automatically is on lists such as this.

18. Michael Bennett, Ohio State, defensive tackle: CBS Sports lists him as the No. 1 defensive tackle on its early 2015 mock draft. Bennett is coming off a season in which he had 11½ tackles for loss, seven sacks and two forced fumbles. The Buckeyes expect their defensive line to be the real deal this year, and Bennett is its the senior leader.

17. Jack Allen, Michigan State, center: He was a Freshman All-American in 2012 and only got better a year ago. At this point, he's the heart and soul of the Spartan O-line. Connor Cook and Jeremy Langford should make this guy their best friend if he isn't already.

16: Shane Wynn, Indiana, wide receiver: He stands just 5-7 and weighs 165 pounds. But he packs plenty of dynamite when he gets the football, catching 46 passes for 633 yards and 11 touchdowns last year. With Cody Lattimer and two other key receivers gone, don't be surprised if Wynn's numbers jump off the page in 2014.

15. Trae Waynes, Michigan State, cornerback: Some believe the 6-1, 185-pound Waynes could follow in the footsteps of teammate Darqueze Dennard and be an NFL first-rounder next year if he has a big junior season. He started every game last year, but was somewhat in the shadows. He'll step out of them this fall.

14. Kenny Bell, Nebraska wide receiver: The Husker senior had a team-leading 52 catches last year but saw his receiving yards dip from 863 in 2012 to 557 in 2013. Bell made no bones about the fact he was disappointed in those numbers. But here's the chance to go out with a roar, with Bell needing 33 catches to eclipse Nate Swift as No. 1 on NU's receptions chart and 579 receiving yards to take the top spot from Johnny Rodgers. It can't hurt that Bell has quickly developed a bond with quarterback Tommy Armstrong.

13. Jeremy Langford, Michigan State, running back: The 6-foot, 205-pound Langford piled up 1,422 yards and 18 touchdowns last year and seemed to be hitting his stride as the season went along, rushing for more than 100 yards in eight consecutive games. That stretch included a rugged 151-yard rushing day on 32 carries against Nebraska.

12. Joey Bosa, Ohio State, defensive end: No one on the Buckeye defensive line has more upside than Bosa. He worked his way into the starting lineup as a true freshman last year and picked up 7½ sacks. Named to the Freshman All-America team, Bosa has already drawn major praise from Urban Meyer, who said he has the ability to be one of the best he's ever coached.

11. Blake Countess, Michigan, cornerback: A first-team All-Big Ten selection by the media a year ago, Countess may be the best all-around cover corner in the league. He's dangerous to test — he had six interceptions last season.

Top 10 playmakers in the Big Ten

Click through Husker Extra's top 10 football players in the Big Ten to see where some familiar Huskers rank.

"Coaches tell me I got a shot," incoming Husker quarterback A.J. Bush says. "So it’s something to look forward to. I plan on making a big impact, honestly.”

Husker Extra's Brian Christopherson lists his 14 most indispensable Husker football players crucial to the cause in the 2014 season.

Nebraska safety Corey Cooper (6) runs off the field in excitement after holding Georgia a second time on fourth down during the final moments of the fourth quarter in the Gator Bowl on Wednesday, Jan. 1, 2014, at Everbank Field.