That’s the only word a frosty Scott Frost used when asked how he’d define a successful season. No additional verbiage needed or necessary.

“We are in the competition business,” Alberts said. “That’s not gonna change. I’ve said it before: We don’t get tenure in athletics, so winning is not an option for us.”

He’s right. Winning is not an option. It’s mandatory in Lincoln.

As Frost knows, that importance of winning has always rang true in the Cornhusker State — even with the recent missteps and the bowl drought that predates his coaching tenure.

Scott Frost pushes back on 'figurehead' role, emphasizes urgency for 2022

Despite what that number is, it’s not a secret that if Nebraska doesn’t get back to its winning ways, the Frost era will unceremoniously come to an end. That premise alone is awkward: Golden boy comes home and can’t hack it? Talk about a complicated legacy to leave just 25 years after he won a national title as a player.

Four Husker observations from Indy, including Frost on the starting quarterback

To be terse, he’s on the hot seat. Some called for his head last year after the team posted a 3-9 record to put Frost at a cumulative 15-29 over four seasons with a 10-25 ledger in Big Ten play.

Frost says he doesn’t pay attention to that narrative, but on Tuesday he appeared like he felt it — already looking exhausted even before Nebraska has conducted a single practice, let alone played in a game.

Maybe he went without his coffee. Maybe it was something else, though even Garrett Nelson said of Frost, “I just want to see him happy again.”

Regardless, Frost is well aware of the pressure.

“Any year you’re coaching at a school like Nebraska or any of these schools in the Big Ten, there’s going to be pressure to win,” Frost said. “We certainly were playing catch-up with a lot of teams for a long time. I think we’ve done a good job closing the gap. Had our chances to win a lot more games than we have. It’s our time to do it. And the pressure doesn’t change.”

It does, though, to some degree.

Frost’s players, like Nelson, for example, feel the heat, too.

One instance, according to Nelson, was in a class “with 10 players” where the professor “threw up a trivia question” that equated to: “How many more incompletions can Adrian (Martinez) throw until he gets cut?” Apparently, Martinez was there.

The other one Nelson shared came when he was walking by Memorial Stadium when a tour group went by. The leader of said group said, according to Nelson, “‘This would be a lot cooler stadium if we actually won games.’”

Nelson knows to not listen to the critics, but he’s human. It’s impossible to ignore them all when the doubters are seemingly everywhere and unavoidable.

“Everything’s right in the world when you win football games, and that hasn’t happened in my life in college yet,” Nelson said. “When you have professors or students or campus tour guides talk trash to you or your teammates all the time when you’re just around campus, just the media and everybody, just to hear that constantly, berate your university that you love and the players that you love and the coaches who are father figures who you love and are around every day, it destroys you as a player and as a man.

“So, growing that chip on your shoulder every day, from stuff like that, it’s time to play.”

The pieces are there for the Huskers to succeed, but the question now is: Will those pieces come together?

Frost seems to think so, lauding the leadership, toughness and talent of the collective group.

“We made a ton of progress as a program from a talent perspective and from a culture perspective,” Frost said. “We haven't gotten it there yet. There's a little piece we have to put together to make sure we get over the hump, but we're excited to have the chance to do that.”

But Frost has to believe in them.

His job depends on it.

A Funk native and graduate of Lincoln Southeast, Amie Just joined the Journal Star as sports columnist after spending five seasons covering football for the New Orleans Times-Picayune and the Missoulian in Missoula, Montana.

“We will not expand just to expand,” said Warren, who said the Big Ten would have to expand beyond 16 teams for the right reasons — but he did…

Frost declined to acknowledge his perceived “hot seat” status but noted the emphasis on winning close games this fall — "it’s our time to do it."

From P.J. Fleck's reunion of "The Encore Four" to Pat Fitzgerald emphasizing the fundamentals, Jimmy Watkins has more from the coaches at Big …

'It's time to play': Nebraska's Garrett Nelson describes growing the chip on his shoulder

Nebraska linebacker Garrett Nelson acknowledges the chip on his shoulder — on the shoulders of all of Nebraska football players. “Everything’s…

There were autographs and smiles all around at Memorial Stadium as young fans got the chance to meet their Husker idols at Fan Day.

Big Ten coaches spoke this week about the big-picture topics in college athletics. Many centered around the student-athlete rights like NIL, t…

From Illinois and Purdue replacing key players to Ohio State's version of a "good year," Jimmy Watkins breaks down what coaches had to say at … 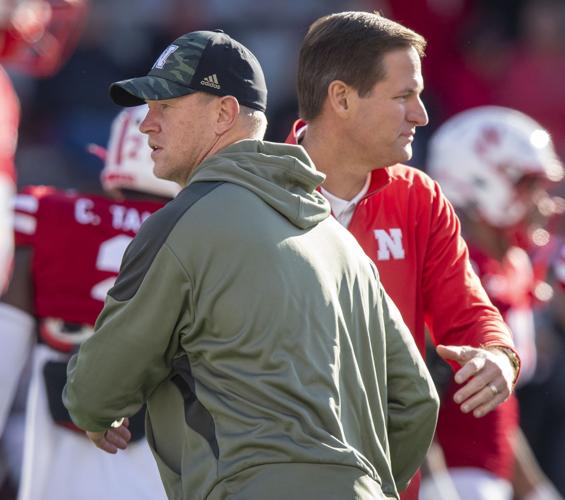 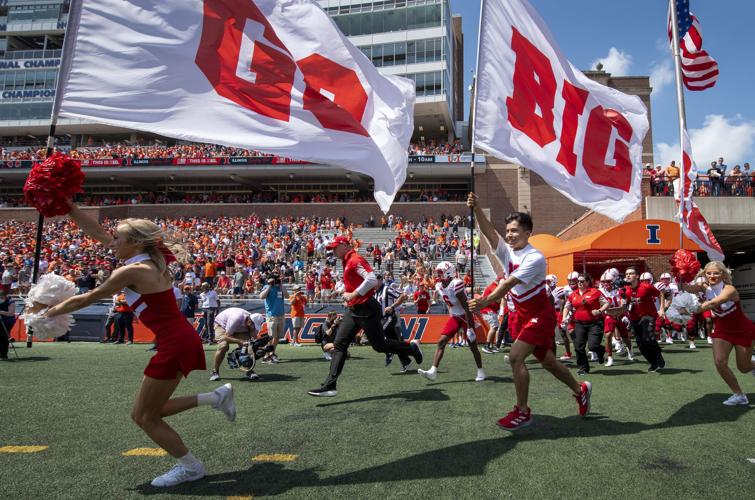 Nebraska coach Scott Frost leads the Huskers out of the tunnel on Saturday during the season-opener against Illinois on Saturday at Memorial Stadium in Champaign, Ill. 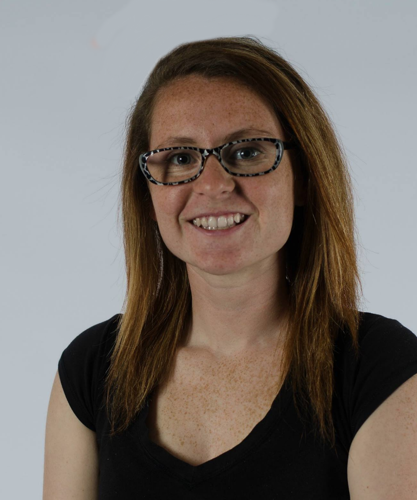