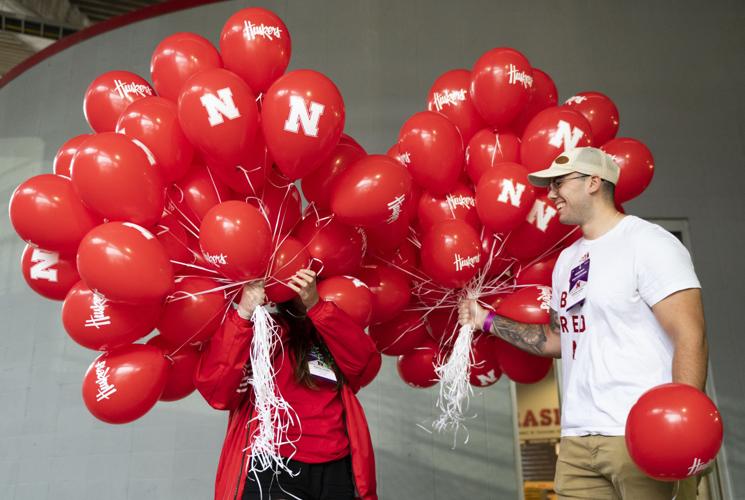 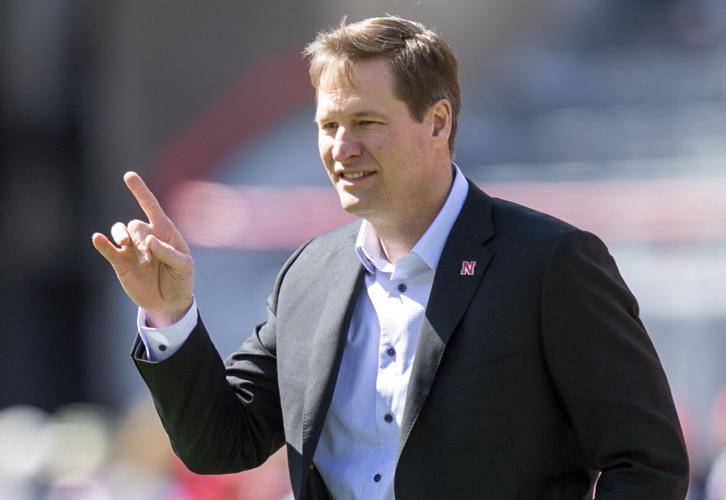 One tradition will end at Husker football games this fall.

The reason? A helium shortage, as well as environmental concerns that have been voiced for years.

This isn't the first time Nebraska has hit the pause button on the balloon release. The same thing happened in 2012, when another helium shortage made the tradition untenable.

That year, about 2,000 to 2,500 balloons — half the normal amount — were released during Nebraska's season opener against Southern Mississippi before the practice was put on indefinite hiatus. It eventually returned, of course, allowing NU fans to continue a trend that started in the 1940s.

Alberts said Nebraska is "working really hard" on potential alternatives to the balloon release, and could have some type of digital representation of the balloons in Memorial Stadium in 2022.

"Some of the production of it is really challenged, and it's hard to get," Alberts said.

Season tickets remain: As for the fans that would release those balloons, Alberts said Nebraska football has had about a 92% renewal rate on season tickets for the 2022 season.

"That, in light of the last few years, is remarkable of our fans," said Alberts, referencing Nebraska's five consecutive losing seasons. "That's roughly in line, but a little bit less, than what it has been in the past."

Nebraska has "a few" season tickets remaining on both the east and west sides of Memorial Stadium.

Between roughly 3,700 to 5,100 tickets remain up for sale for each home game on Nebraska's 2022 schedule. The number varies by the ticket allotment for each opponent that will play in Memorial Stadium.

New ticket package: Nebraska announced earlier Monday that three-game "mini-plans" of football tickets would be made available to the public beginning Wednesday

The plans include one home game each from September, October, and November, other than the Oklahoma game, and will cost $180.

The plan is one of the first tweaks to come out of the wide-ranging Memorial Stadium fan survey Nebraska sent out in early January that garnered nearly 22,000 responses.

"We've talked a lot about the survey we sent out," Alberts said. "(And) we heard from some fans about wanting more ticketing options. I'm really proud of our ticket office in some of the thinking that went behind it."

Portal additions: While unable to comment on players by name, Alberts said the Nebraska football team's recent roster additions from the transfer portal have been "very good to Coach (Scott) Frost and his staff."

The commitment of Alabama transfer Stephon Wynn on Sunday was the latest in an offseason that has seen NU add players from TCU, Texas Tech, Texas, Alabama, and others.

"Vince Guinta has brought a nice energy down in the recruiting area," Alberts said of the senior director of player personnel and recruiting, who joined NU in February.

"I think they genuinely feel a sense of energy and momentum, and are really pleased with the young men they're adding through the transfer portal."

Former Texas wide receiver Marcus Washington announced his commitment to the Huskers on Tuesday. He's a former four-star recruit who was sixth on the team in catches last year.

Nebraska's senior director of player personnel said last month he wanted someone that could help the Huskers "get a consistent message and story out."

Nebraska-Northwestern football set for 11:30 a.m. kick in Dublin; Huskers-Oklahoma to be on national stage

The Huskers learned kickoff times for seven of their games Thursday as the Big Ten's television partners released their schedules.

Would the Big Ten ever scrap its football divisions? It's a tricky discussion

Trev Alberts is in favor of the Big Ten scrapping divisions. So are several of the league’s athletic directors. What will it take to get there?