Had you walked through the Sanford-Jackrabbit Athletic Complex last week, you would have broken a sweat.

The thermometer read 80 degrees, and no, that wasn't by accident.

In an effort to simulate the outdoor temperatures of Frisco, Texas — and because this isn't heat wave season yet in May in Brookings — the South Dakota State football coaching staff had its players practicing in the heat.

"I like the heat," he said. "I've been down to the Texas area a couple times, too, so I kind of know what to expect."

It's not supposed to get much warmer than 75 Sunday when Stalbird steps foot onto the grass for the FCS national championship football game. No. 1 South Dakota State (8-1) and No. 2 Sam Houston State (9-0) will meet at 1 p.m. (TV: ABC), and Stalbird, who began his collegiate career at Nebraska, will look to cap his first season with some hardware.

Stalbird and his Jackrabbit teammates pulled together a dramatic 30-26 win against Southern Illinois in the quarterfinals. A 33-3 victory against Delaware in the May 8 semifinal round was less dramatic, but just as rewarding.

"It meant a lot because we met as a team in the fall, and then coming back in January, we still had the same goal of going to Frisco," Stalbird said. "Everything we're working hard for we're finally getting there, but we're not done yet."

Stalbird has played a prominent role in the Jackrabbits' run to their first national championship appearance. In nine games, the 6-foot-1 sophomore safety is sixth on the team in tackles (27) and is among the team leaders in pass breakups with four.

The Kearney graduate said its been a smooth transition to SDSU after spending his first two seasons with the Huskers.

"Honestly, I adjusted pretty quick," said Stalbird, who plays behind fellow Nebraskan Joshua Manchigiah at free safety. "Having that fall camp in the fall and not playing (a fall) season and coming back to another camp, that really helped me understand the system a lot.

"It's not as complicated as Nebraska's, which helps. That helps me play even faster. There's room for us to fly around and make plays."

After redshirting in 2018, Stalbird emerged as one of the Huskers' top walk-ons in 2019. He played in 12 games, seeing most of his time on special teams. He finished with 13 tackles and a blocked punt against Northern Illinois.

His play earned the praise of coach Scott Frost, who said, "If he stays on the track that he's on, I anticipate he won't be a walk-on for too long."

Stalbird, however, wanted to find a better fit financially and a bigger role, so he entered the transfer portal.

"It was hard because you don't necessarily know your options when you leave, but thankfully being able to play and getting myself some exposure by playing (at NU), that helped me," Stalbird said. "It was definitely hard to leave my teammates there and the coaches and strength staff because I honestly formed great relationships with them. But like with anything, you got to do what's best for you at the end of the day … especially with having school paid for, that helped my family out a ton."

Stalbird's tape from his freshman season certainly had the attention of SDSU, and he headed up to Brookings, which has been a nice landing spot for several Nebraska natives.

Cole Frahm (Omaha Burke), who also started his career at Nebraska, is the Jackrabbits' starting kicker, and Ben Dinkel (Kearney) starts at punter.

"It does mean a lot to the Nebraska guys because we don't necessarily get recruited as much as other people in different states, especially when you're outside the metro area and Lincoln," Stalbird said. "Those smaller-town kids, Kearney kids, Grand Island … you don't ever hear of people coming out of there, so it just means a lot more to us to prove ourselves.

"There's hidden talent everywhere, too. These coaches do a good job finding them, whether they're from Nebraska or these other underrecruited states."

Stalbird said he is thankful for his time at Nebraska. Competing against Division I players every day at practice developed him into a better player, and proved to himself that he could hang with great players. It's that confidence that has him ready to perform in a national championship setting.

"I knew this would be a spot where I'd have good exposure and I knew I'd still be getting better at the same time, so I can't complain too much," Stalbird said.

Will the Houston Texans be the worst team in the NFL at the end of the season?

We took a stab at a depth chart before spring ball. Now, after hearing from coaches and players for five weeks, we've revised it.

The Huskers extended a scholarship offer to a Tulsa graduate transfer.

The top six are ordered by index points, a formula that takes into account both how much weight is lifted and how much the player weighs.

Ohio State's receiver room may have four NFL first-round picks, a national writer says. NU hasn't had a first-rounder at any position since 2011.

Spring post-op: What we learned about NU's running backs, what we didn't and the to-do list

Who is your stock-riser from the spring? How about the standout player? Compare your Husker backfield notes with ours.

Ronald Thompkins appeared in two of the first three games in 2020 before fading into the background. He's now out of the program.

He could have turned his focus to getting ready for the Bison. Instead, he's appreciating the memories and perspective that come with this week. 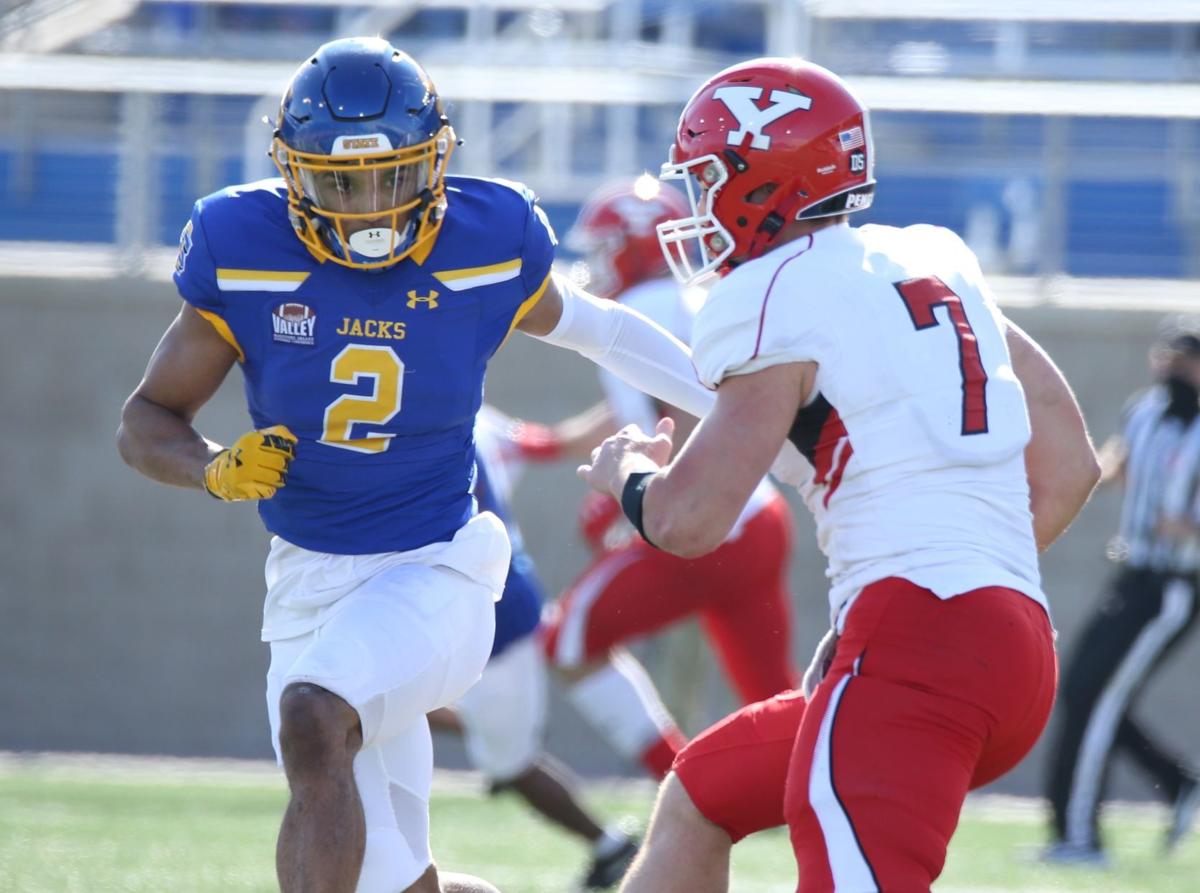 South Dakota State's Isaiah Stalbird (2) closes in for a tackle in a game against Youngstown State on March 13 in Brookings, South Dakota. 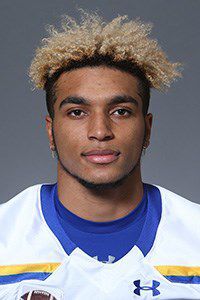