This week will be one of culmination for the two teams that take up most of Matt Sichterman’s time.

The Nebraska Cornhuskers football team, of course, wraps up spring ball with practices Monday and Wednesday before the Red-White Spring Game on Saturday afternoon at Memorial Stadium, capping 15 critical practices over the past five weeks.

On Thursday, a slightly lesser-known team, "Softie Startup," will send two of its nine members to present their senior design project, an academic year in the making, to the rest of UNL’s software engineering community.

A look at the nine (well, maybe 10) OLs in Austin's top group and how the puzzle pieces fit

While most of the software engineering teams are presenting projects sponsored by outside companies or by other parts of the university, Sichterman’s "Softies" pitched something different to their faculty representatives: Essentially, they wanted to use the second year of this senior capstone-type project to create a simulated startup company.

“They had already hit all of the required objectives for senior design last year, so we let them self-sponsor,” Dr. Christopher Bohn, an assistant professor of practice in UNL’s engineering computer science department, told the Journal Star this week.

“It’s kind of low-risk because we’re all in college, not trying to support a family or anything, but this is something that we all potentially have entrepreneurial aspirations in the future,” Sichterman said. “So let’s see if we can come together and create our own group, sponsor our own project and build something from the ground up.”

It’s no longer a simulation, though. Four of the group members have registered an LLC — with some help on the legal front that Sichterman helped coordinate with on-campus resources — and they’re actually moving forward with “Grouve,” which Sichterman describes as, “Event-planning software that integrates music and playlists into the events to allow an attendee-curated playlist.”

Sichterman isn’t going forward with that foursome after graduation, mostly because he says he has a lot on his plate currently working part-time at Hudl, gearing up to start UNL’s online MBA program this fall and trying to win the starting right guard job for the Huskers.

Sichterman’s been mostly in the background on that front over his first four years on campus, but he’s taking starting reps on Greg Austin’s offensive line this spring and appears to be locked in a battle with Brant Banks for a starting spot.

Sichterman, a Cincinnati native, has played on special teams and as a reserve over the past three seasons after redshirting in 2017. He was originally recruited by Mike Riley’s staff and former offensive line coach Mike Cavanaugh, but said he stuck it out with Nebraska and Austin in part because of the relationships he’d built and in part because of the unique opportunity UNL’s software engineering program presents. It’s a newer curriculum that began in 2017 and Sichterman’s cohort will become the second to matriculate all the way through next month.

“It’s been a really cool learning experience and I’m eager for our group to be able to show off what we’ve been working on,” he said of this week’s presentations. “We spend the first semester getting a lot of the business discovery and analyzing our ideas, so we haven’t really had a ton of time to develop this second semester, so things have really gone by quickly.”

That means long days for a person who splits his days between being an offensive lineman and an engineer.

“When I wake up at 6 a.m., I go to football practice, grab lunch after or hit the cold tubs or whatever — then I work usually from 1-4, then head back to the facilities for treatment or whatever I need and film,” Sichterman said. “Then I’m back looking at my schoolwork by 6:30 or 7 p.m. That’s what I’ve been running on this spring.”

He says this is the easy part, since his academic workload has decreased a bit as he nears graduation. Still, Dr. Bohn is impressed.

“I am amazed that he pulled it off,” the professor said. “It just speaks to how well organized he is that he can do that.”

It hasn’t always been that way. Sichterman said earlier in his college career he didn’t have such a clean handle on moving from one thing to the next all day, every day.

“In our field it’s called context switching. It’s definitely a learned skill,” he said. “I remember just being a younger football player and staying up until 1 a.m. with a 7 a.m. workout, those lines start to bleed and you’re taking away from football by doing school and taking away from school by doing football.

“But I’ve definitely learned how to manage that a lot better. Be where your feet are. That’s something I’ve adopted the past two years. No matter what happens with football, I’ve got to put my head down and work at school and no matter what’s happening with school, I’ve got to get to bed at a decent time so I can perform at football.”

Perhaps not surprisingly, Sichterman has an idea of how he’d like the coming months and beyond to look, at least generally speaking. Win the starting right guard job for the football team and play well. Gain valuable business experience in the MBA program to pair with his large base of engineering and programming knowledge and experience.

“It’s kind of a no-brainer for me and I might as well use my time wisely while I’m here and get immersed in that MBA program so that no matter what happens in the future, I can have the opportunity to finish it. Definitely my hopes are to become an engineering manager of some kind down the road and then hopefully start my own business somewhere down the road.”

Talk to Sichterman while he’s wearing shoulder pads after practice, and you’ll hear about him learning to be a “technician” on the field, his will to become the voice of the offensive line room and about how he’s a teacher to the younger players. Talk to him on the phone in the midst of another busy day, and you’ll hear about the indie hacker world, “bootstrapping companies,” and how one of his sisters is a swimmer at Tennessee and another is working for a startup in Madison, Wisconsin. Sound familiar?

The worlds seem like they’d reside at opposite ends of the college experience spectrum, but consider the hands-on nature of both, the challenge of both and the way in which each discipline will test you in multiple ways, and maybe it actually makes sense.

“I like to build stuff, so that’s what drew me to software,” he said last week as fellow offensive lineman Broc Bando sidled up next to him, put his arm around him and said, “Genius. Genius right here.”

Sichterman laughed off that designation, but not this one: He’s a builder.

There’s undoubtedly a lot more of that to come in the future for Matt Sichterman, but his two current projects are starting to take form quite nicely this spring.

A reader asks about what he regards as the gap between positive media coverage and Nebraska's recent mediocrity on the gridiron.

Husker Extra Podcast: What are you looking for the last week of spring ball? Plus baseball talk, hoops and volleyball

The latest episode is live, covering a lot of ground. From spring ball to volleyball to the baseball diamond, check in with the guys.

Mooney says he talks with Husker coaches daily — “It’s like a father-son relationship" — as he gears up for a return visit to Lincoln.

It’s striking when Nebraska's second-string defensive backs take the field. It’s a group many teams would welcome as starters.

The charter member of Nebraska’s 2023 class is Pierce tight end Benjamin Brahmer, who has already garnered rave reviews for his athleticism an…

As a veteran Husker but one who's gone under the radar, Deontre Thomas is looking to solidify a role on the Nebraska defensive line.

Fidone, widely considered the best tight end prospect in the country for his class, will have surgery Thursday, according to his head coach. 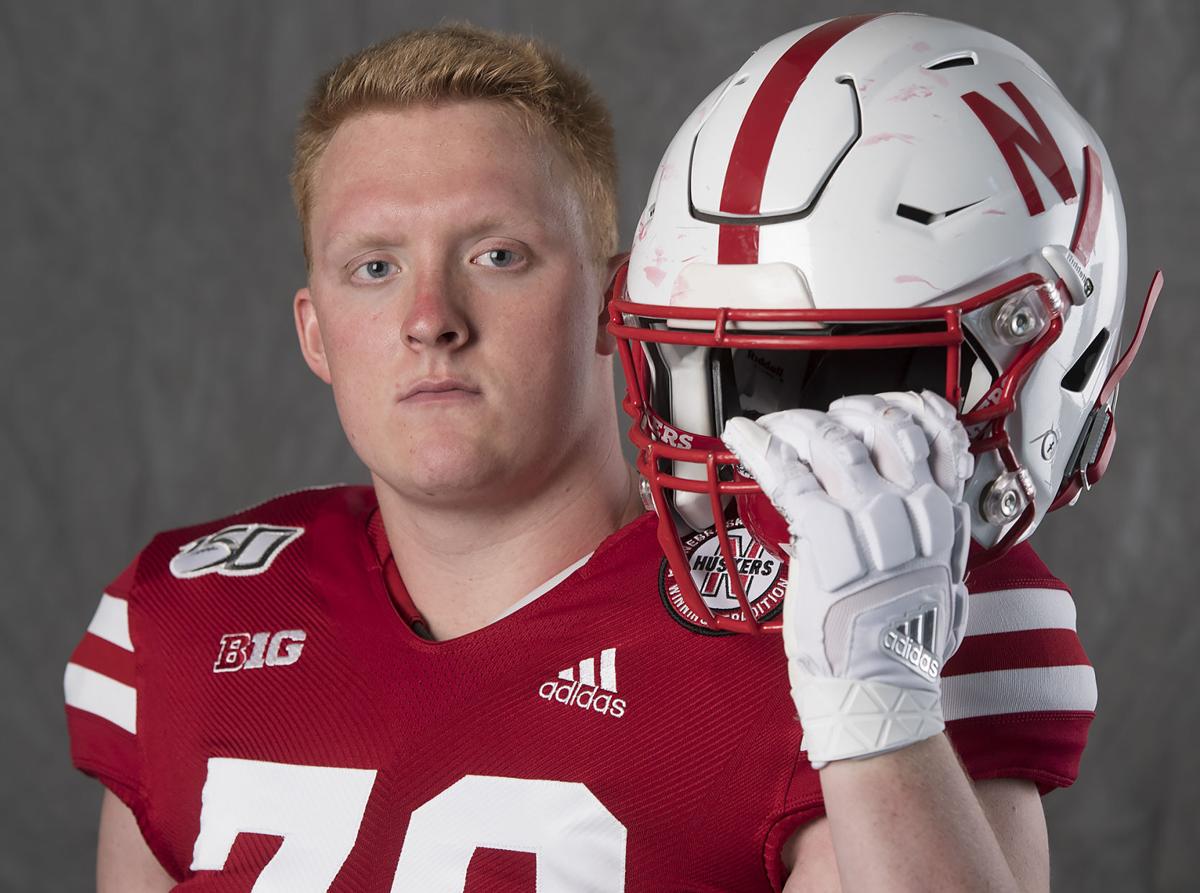 Matt Sichterman is trying to win a starting job and also moving toward graduating with a software engineering degree. The worlds collide this week. 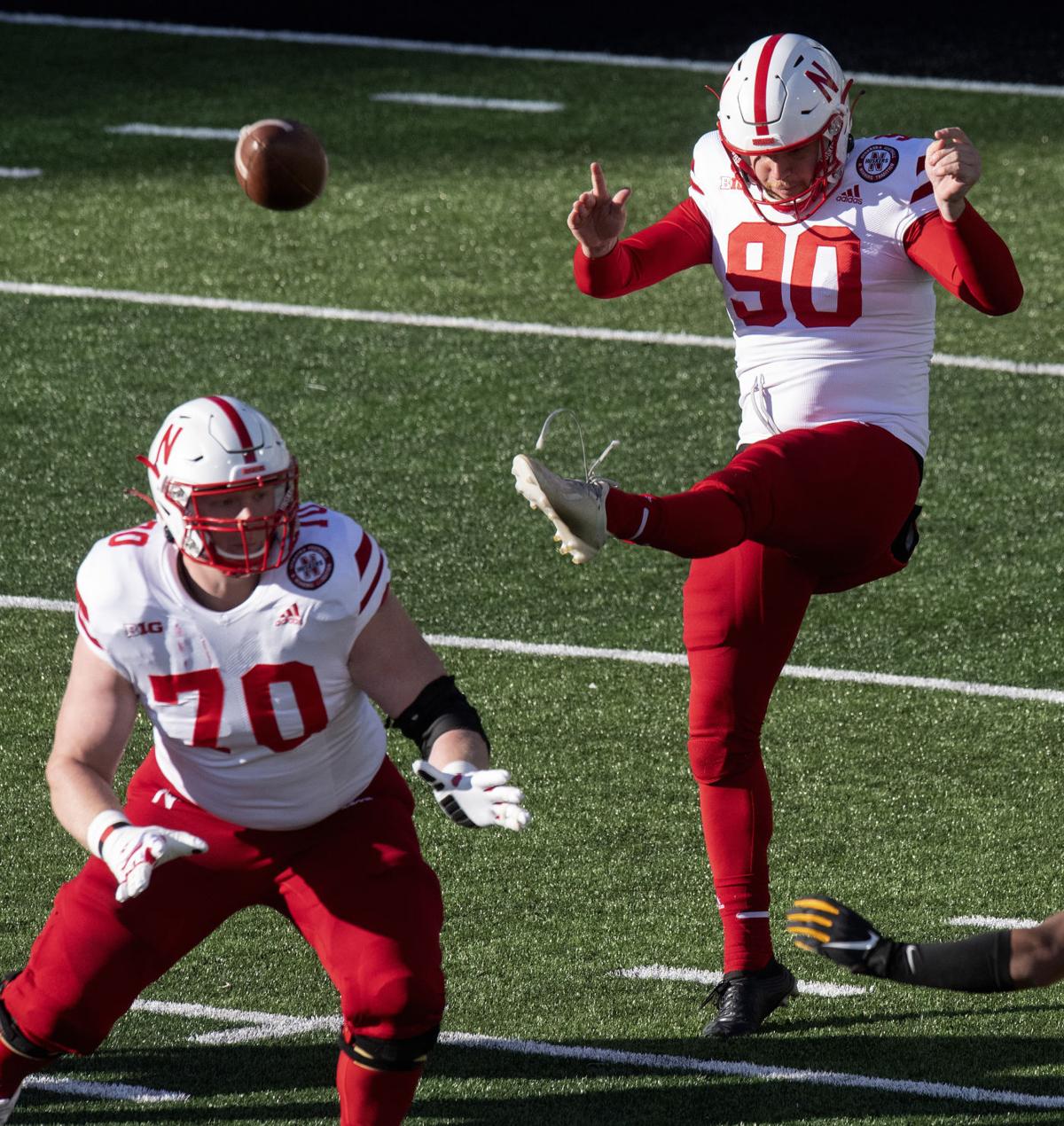 Nebraska lineman Matt Sichterman blocks as punter William Przystup (right) gets off a punt during a Nov. 27 game in Iowa City.