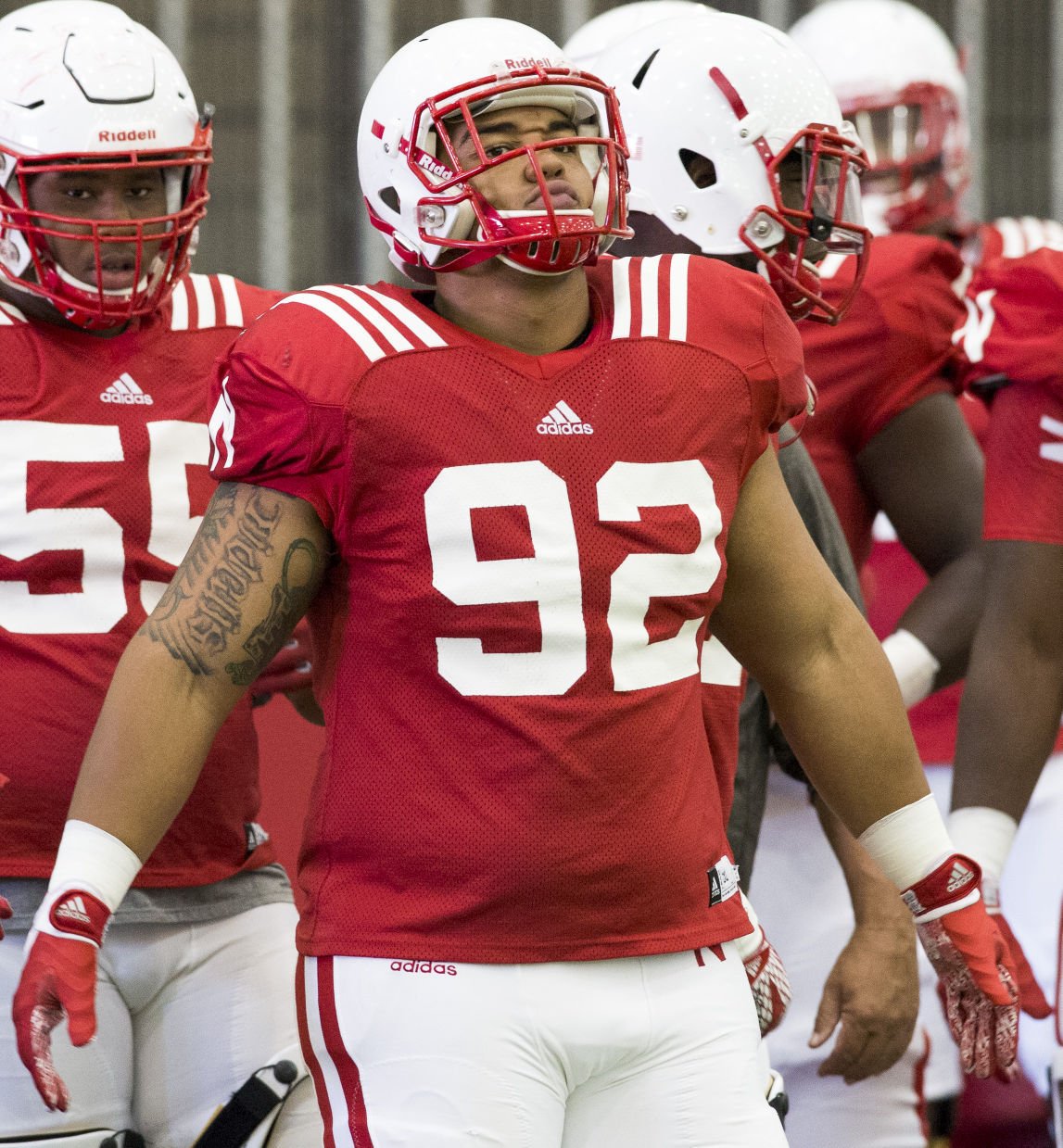 Nebraska defensive tack Kevin Williams warms up during practice Aug. 11 at Hawks Championship Center. Williams, who already has a bachelor's degree in management, was granted a sixth year of eligibility and is transferring to Michigan State. 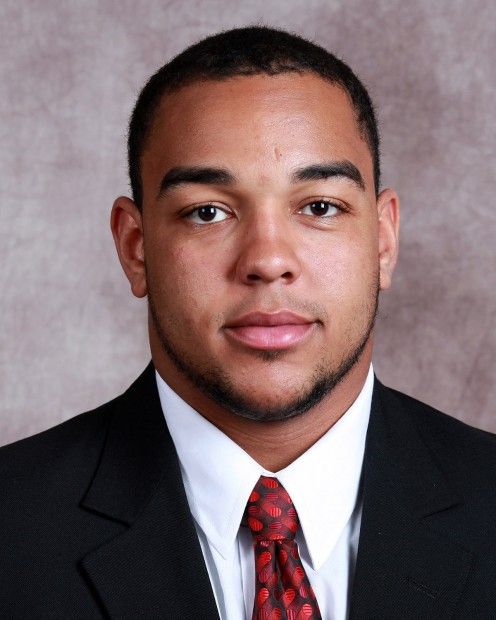 It's not quite to that point where teammates are asking Kevin Williams what it was like wearing leather helmets, but let's put it this way: The defensive tackle who will still be playing football for Nebraska in 2016 committed to the Huskers before it was even announced they were joining the Big Ten.

He committed to NU in April 2010. Jim Delany didn't show up in Lincoln with a red "N" pinned on his suit coat until two months after that.

"Me and Jamal (Turner) were the first people here, and I'm going to be the last one out," Williams said last week, finding the humor in it. "Pretty crazy. I'll be an old man."

OK, he's not that old, although Williams will be 23 when he finishes playing football for Nebraska. By then he will have had his bachelor's degree in management for more than two years. Williams graduated in August 2014.

In what should tell you plenty about Williams, he's kept grinding to the point that he's now just six credit hours next semester from earning his master's degree in management.

That's right. He'll likely own a master's before playing his final season as a Husker.

This is all possible due to the native of Holland, Ohio, last week receiving a sixth year of eligibility after losing two seasons (2011 and 2013) to separate knee injuries earlier in his career.

"It was a pretty big relief," Williams said. "Just kind of how this season went. It wasn't really everything that I expected healthwise. So it was kind of something I was hoping for. Just kind of hoping I could get another chance to put together a full, healthy season."

Certainly it was good news for the Huskers.

As you think about Nebraska's roster makeup in 2016, one area where there shouldn't be much concern is on the inside of that defensive line. While there will no doubt be speculation in December about whether junior Maliek Collins might take an early leap to the NFL, as it stands now, the Huskers could have all the key parts back at defensive tackle.

When Williams thinks of Nebraska's defensive tackles in 2016, he thinks of a group that can be "everything we want it to be."

For Williams, the key will be staying healthy. While he owns a Blackshirt and has started two games, a nagging groin injury has limited his reps, allowing him to play in just six of 11 contests so far this year. He did compete for about 30 snaps in Saturday's 31-14 win over Rutgers, but he was feeling it after.

"It's painful and not what I want it to be right now," Williams said. "Hopefully, I can get another crack at it and do things a little bit different to make sure I am healthy. And this coaching staff is willing to work with me and take the right path to success and hopefully a healthy season."

Defensive coordinator Mark Banker said, first and foremost, he was happy for Williams when he heard that the tackle would have one more year in the program. And then, in a big-picture sense, "it's good for us also to have a player with his experience and his ability level."

Added Williams' teammate Valentine: "I'm excited for him, obviously, with all the things he's been throughout his career. He just wants to get one solid year on tape."

Despite it being a tough year recordwise and healthwise, Williams feels the Huskers have some momentum building as a team now as they get ready for next week's Black Friday meeting with Iowa. "There's a lot out there for us," he said.

If good health will cooperate, there's a lot more out there for him individually, too.

He started the process of applying for this sixth season a year ago. Williams first thought about it a couple of years ago after his second serious injury.

"I don't speak too much about the past, but Coach Bo (Pelini) had thrown that out there when I had gotten hurt the second time. Him and (John Papuchis) were like, 'Yeah, you get a whole other year with us.' Kind of joking around. So I knew it was there."

The road may have been winding on the journey, but with Williams, there was no wasted time.

He'll have more than a souvenir Blackshirt to prove that. He'll have the diplomas.

While the Huskers are locked into beating Iowa and clinching a bowl bid with a sixth win, NU's chances of postseason play with just five wins still seem very real.

Through the good and bad, Banker learned a lot this fall

“It’s tough to know until you get under the gun and under the fire, and not so much athletically, but what they could handle mentally,” Mark Banker said of 2015 lessons.

Husker coaches can now have unlimited contact with the 2016 quarterback recruit.

Husker sophomore Drew Brown has made eight straight field goals, all from 40 yards or more. He's in a zone, and he doesn't want to think too much about it.

Nebraska defensive tack Kevin Williams warms up during practice Aug. 11 at Hawks Championship Center. Williams, who already has a bachelor's degree in management, was granted a sixth year of eligibility and is transferring to Michigan State.