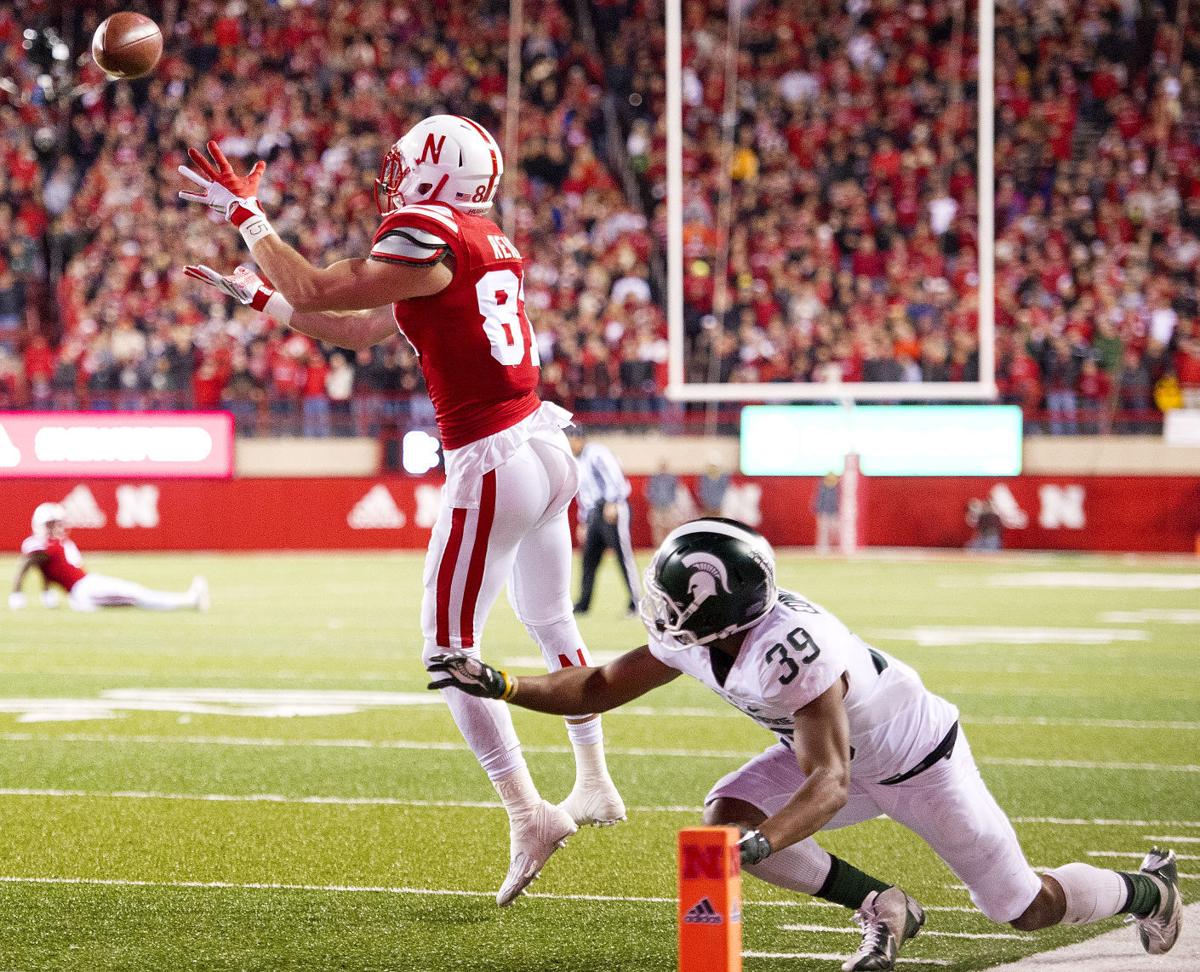 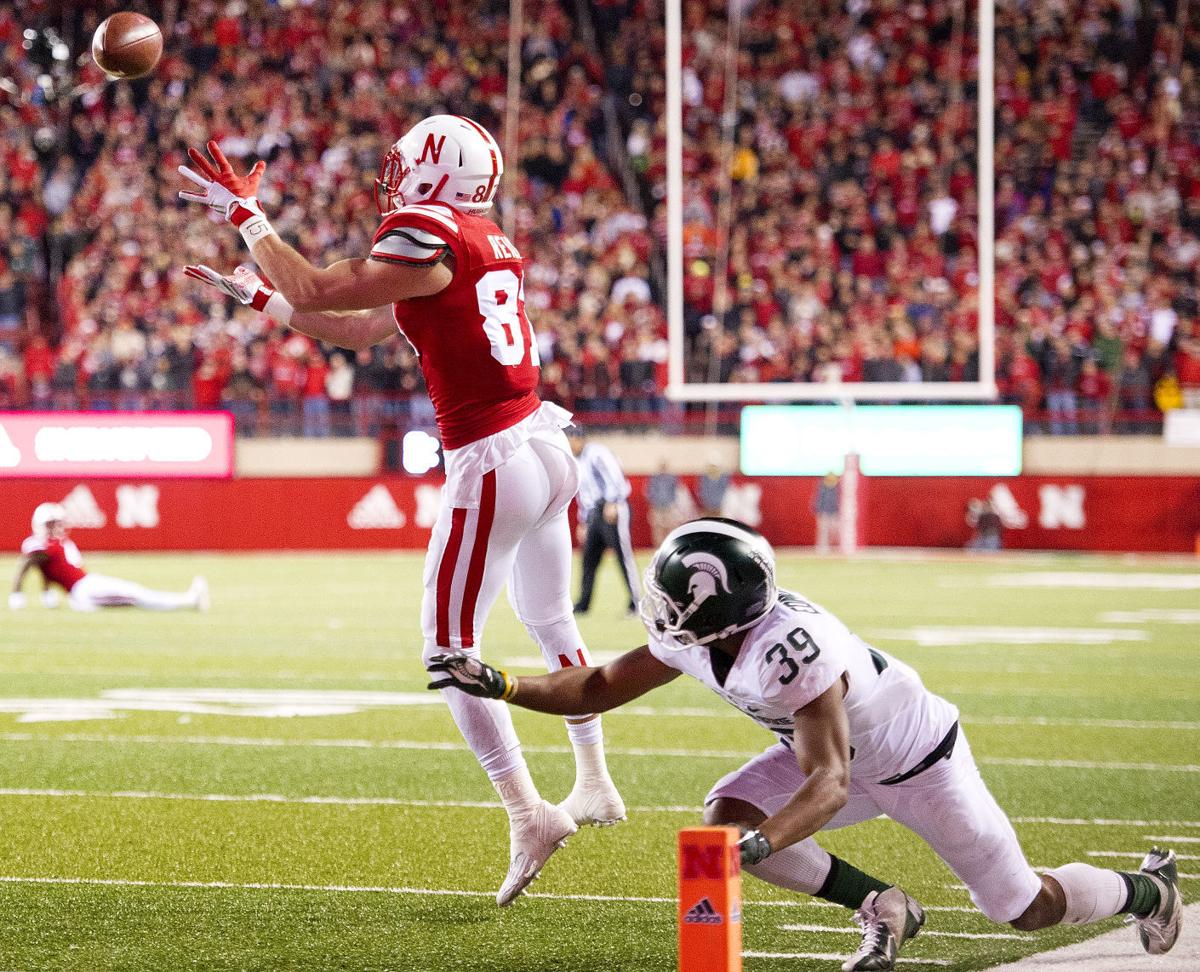 Mainly because he felt the Huskers knew exactly what Michigan State was going to show on defense.

Junior wide receiver Jordan Westerkamp praised Michigan State for having a real good defense, full of ball hawks, but on that final series, the Spartans were in a defense that left them vulnerable in the middle of the field.

It's something Husker offensive coordinator Danny Langsdorf had told his players he felt would be there if such a critical drive arose.

As for that 30-yard touchdown catch by Brandon Reilly? Armstrong is plenty aware of the debate about whether Reilly was forced out by the MSU defender or ran out of bounds on his own, which would have made him an ineligible receiver.

What'd the QB make of all the noise about the ref's decision?

"That's not my job, honestly," he said. "I'm a player. I'm for my team. I'm for Brandon making that play. I've heard that the Big Ten officials ruled that it was the right call, so I'll take it. At the end of the day, we scored, we had a great chance, he made a play ... never giving up.

"At the end of the day, Brandon could have realized he was out of bounds and just gave up and said, 'OK, I'm not going to catch this ball so I'm not going to go for it because they may say I'm out of bounds.' But knowing that he had contact, he kind of arm-moved him, got inside of him, caught the ball and scored to win the game. So it was a great job by him."

* RILEY ON STEVENSON'S DEPARTURE: As it turned out, running back Jordan Stevenson's stay in Lincoln was not much longer than the whirlwind recruitment of him by Husker coaches.

Responding to a question about Stevenson for the first time since it was announced Friday the true freshman had left the program after being here 90 days, Riley said: "For the recruit and for the school ... the ideal way to recruit somebody is for a long period of time where everybody knows each other pretty well. So everybody knows what they're getting, and what they're getting into. And it's not just for us, it's for them too."

Obviously this situation was not that. "It's all a process where it's probably too fast," Riley said. "So everybody has to be able to take a deep breath. Whatever happens with Jordan, we wish him the best, we wish it would have worked out. I know we put a ton of man hours into the situation to try to make it good and clean, but I think in his mind this is not the right fit and he'll move on from here. And so will we."

Riley said it was not a mutual parting. "He left. My thinking on that is if that's what a guy really wants to do, then it's for the best."

* ARMSTRONG HONORED: Armstong was named the Big Ten offensive player of the week after throwing for 320 yards and leading NU's comeback vs. Michigan State.

"The poise that he showed and how competitive he is to play, I think that is awesome," Riley said. "It’s great recognition for him, and like I said, a good representation of our team in that effort. Because that was definitely a whole team deal and the other thing was that it was an unbelievable night. Our fans were — I don’t know if I’ve ever seen anything like that. It was awesome and I’m real happy for them.”

* GOOD AND BAD: Riley was disappointed with the defense's inability to get off the field against the Spartans, who converted 8 of 10 third downs in the final three quarters.

In addition, "we had too many kind of uncontested plays where they were open and then they caught it. And we didn’t get any sacks."

Defensive coordinator Mark Banker said Michigan State's offensive line was big and strong. "Not only that, they were filthy from a standpoint of holding."

On a bright note, Riley said the Huskers had their best tackling game of the season. Banker said NU missed just four all night with "no big whiffs."

* POSITIVE STATS: While the Huskers had five penalties in the first half, they had none in the second.

Riley also points to Nebraska's 179 rushing yards as a key to the win.

At running back, Imani Cross had 98 yards on 18 carries. Riley said regular starter Terrell Newby seems to be progressing well from an ankle injury.

Riley wasn't ready to make a decision on NU's running back situation Monday, obviously. "But my guess is, even at this time, we would say, if everything was clean and both guys are healthy as we go in, that they will both play.”

* TOUGH WESTY: Armstrong wasn't surprised at all that Westerkamp came back into the game after taking multiple tough hits and after passing concussion tests in the second quarter.

Westerkamp still piled up 134 yards on nine catches despite taking such a beating.

"I've lived with the guy for four years. I've practiced every day with him," Armstrong said. "He's not that type of guy that just gives up and say I'm throwing in the towel because I got hit too hard or my shoulder's hurting or my head's kind of dinged up from hitting the ground too hard, if I'm OK to play, if I'm still walking ... I think that's what his attitude is, I'm going to keep playing."

* QUOTABLE: "We've got to win out. ... We've got to make sure we prepared like we did this last week," Armstrong said. "That was fun. It's always fun winning games. It's fun just knocking off a team that's undefeated. We looked forward to doing it and we did it. It's kind of a confidence boost for this team."

Huskers know they can't give back what they just gained

"We've got to let it go and just build on it," Tommy Armstrong said as the Huskers look to back-to-back wins for the first time in more than a year.

Each week this season, Husker Extra catches up with a walk-on player about his journey as a Husker. This week: offensive lineman Chris Long.

Quarterback Tommy Armstrong says the two passing plays in the last drive of the game went according to plan at the NU athletics news conference.

Head football coach Mike Riley gives a rundown of the status of injured players at the NU athletics news conference.

Defensive coordinator Mark Banker talks about the defense's performance against Michigan State in the fourth quarter after practice on Monday,…