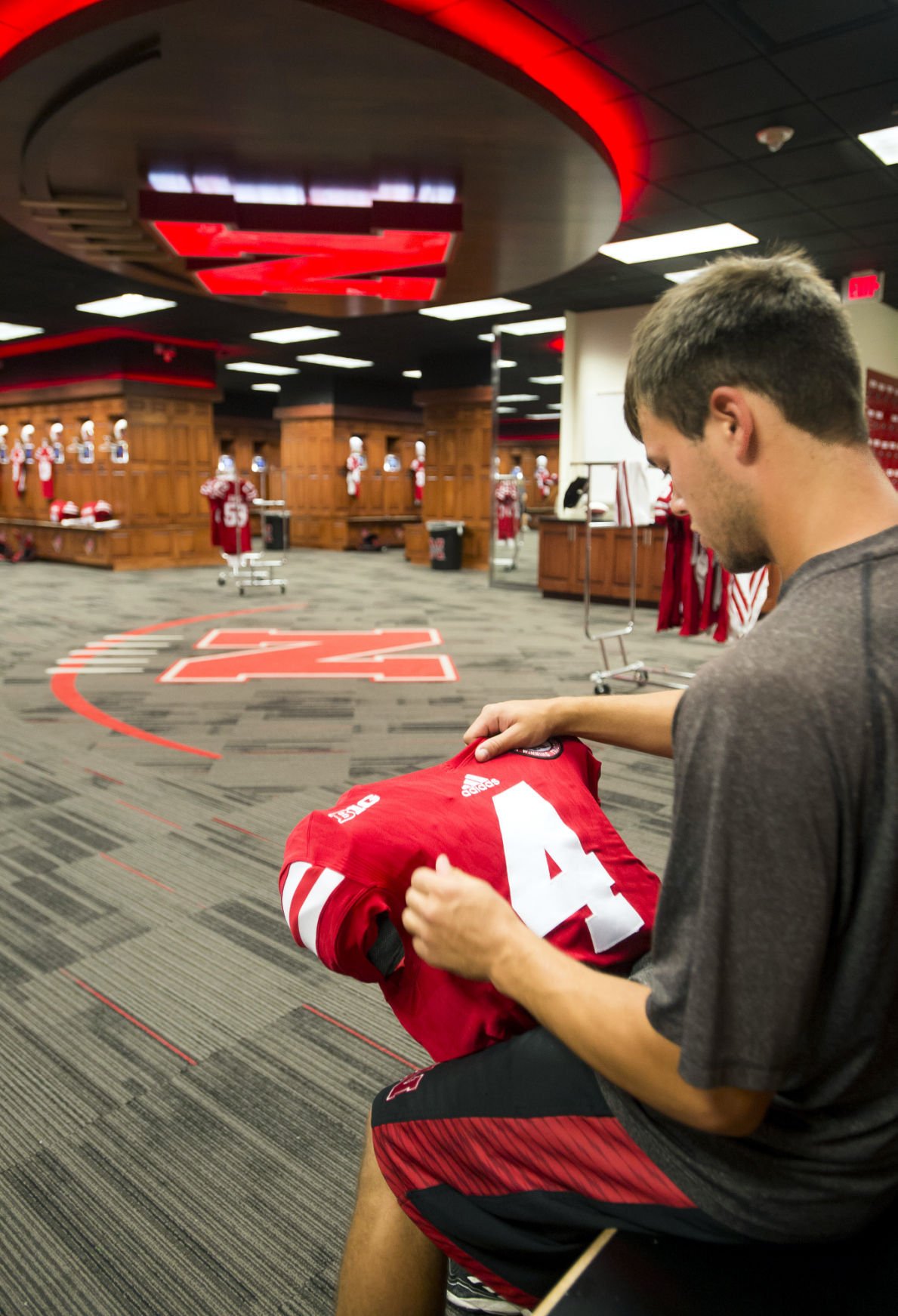 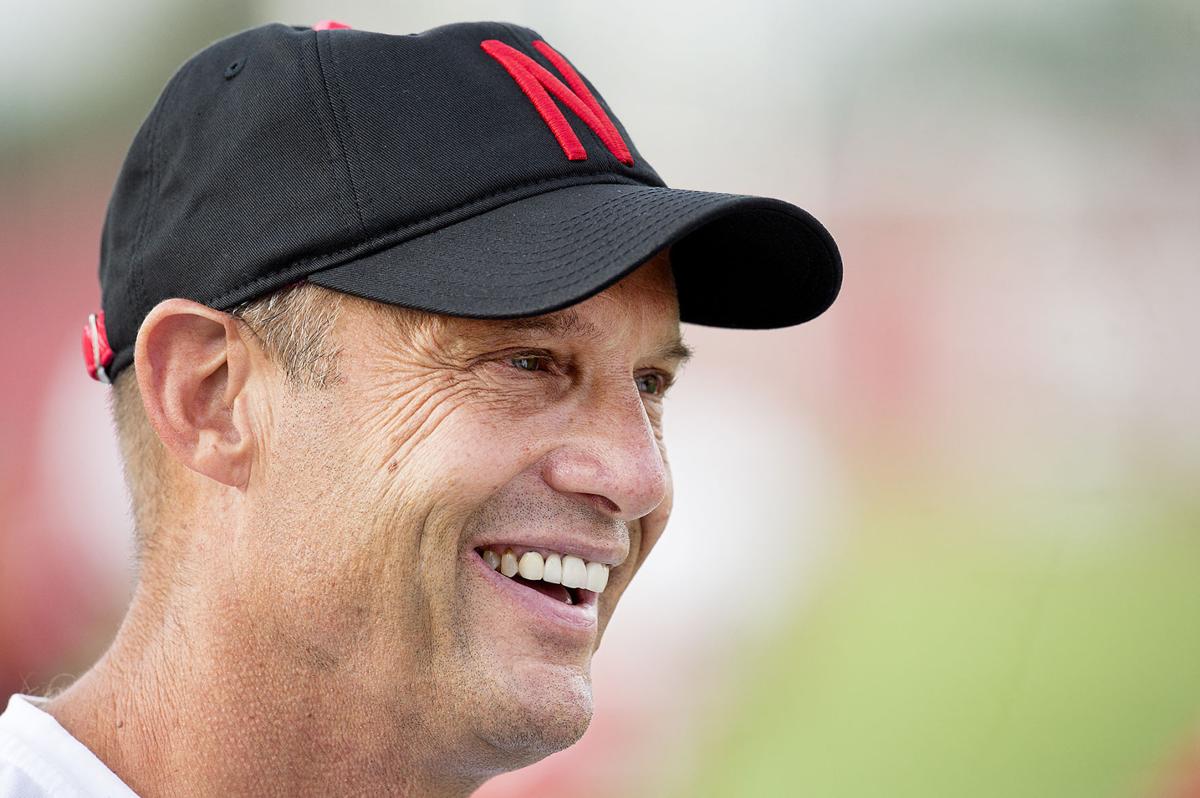 He sleeps. That is no small thing, because you would not blame him if he didn’t. All your work of the last seven to eight months is relying on what young men aged 18 to 23 will do the following day. Yet sleep is necessary and it finds him.

The game seemed a small dot in the distance back in March, but then suddenly the calendar shows you August, and then you have to flip it one more page, and then, you meet a Friday afternoon with a collision 24 hours away.

You know, Mike Riley has been coaching this game for 40-some years. The game has changed in ways, but the feelings that accompany the beginning of a new journey each year really don’t.

"I think the thing for me that I actually like, but don’t like, is that I feel the same way I probably did when I was approaching my first game week, way back when,” said Nebraska's first-year coach. “Whether it’s the anxiousness or the anticipation, the juices still flow the same way.”

Except maybe there are some added emotions this time. Riley knows it’s not easy for players when there’s a coaching change.

They’re used to things a certain way, and then there are changes and they have to quickly change, too. For that, Riley appreciates this Husker team even before the season begins.

“Because we started with them in a hard situation for them,” he said. “We’ve been through that part of it and I’ve kind of appreciated, very much, how they have kind of just worked and kept their team intact, and I think grown as a team through a hard time for them.

"There’s a lot of added thoughts about this first game for me besides just the fact that it’s a first game.”

Now comes the part of pursuing wins, championships, all that a passionate fan base craves.

With a new era, there is great excitement mixed with nervousness. No one can really know how it’s going to look when the Huskers step on the field Saturday against BYU.

Coaches will always tell you the last month before a season goes so fast that it’s over before you even know where it went. You always want a little bit more time to prepare.

But for players like senior cornerback Daniel Davie, those last 24 hours before a game are so “extremely slow.” As Husker equipment manager Jay Terry and staffers are neatly placing red jerseys and those classic helmets at locker stalls early Friday evening, Davie is at the team hotel looking at an iPad.

He’s reviewing. Looking at plays. Thinking about any tricks the opponent might pull. “Just be ready for anything.”

The coach, Williams, is doing his own studying. Looking over his notes. Talking to players about mindset. Friday night is not the time to suggest dramatic changes or anything like that.

A plan is set. Now it’s just about making sure the plan is put to practice in the best way possible. There’s a line coaches like to use to explain this, and Williams agrees with it fully.

“At that point, the hay’s in the barn already,” he said. “You try to not panic or do anything too drastic.”

While the Haymarket area and O Street start to take on a carnival atmosphere — “Gooooo Biiiiiiig Redddddd” chants sent into the night sky — it's all about getting focused and rested at the team hotel.

There’s usually a quick team meeting after players arrive at the hotel Friday, according to Van De Riet. There's a snack. There's downtime. “The main deal for Coach is to get them off their feet and get them enough rest.”

There is also a talk from Riley the night before. Van De Riet said it generally includes reminders about game assignments. Details, details.

For a 2:30 p.m. kickoff like Saturday, Van De Riet said wake-up isn’t until 10 or 10:30 a.m. The team will continue to do the Unity Walk as it has in the past, probably arriving at the stadium about 2½ hours before kickoff.

There’s a quick highlight film after arrival, a quick team meeting after that, final mental prepping.

Junior wide receiver Jordan Westerkamp said there’s an “excited nervous” feeling in those final moments before kickoff. He listens to music. He’s mostly an ’80s rock guy. Guns N’ Roses. But Eminem works, too. “That stuff gets me going.”

Everybody has their own rituals in the locker room, said senior left tackle Alex Lewis. Everybody also has their headphones. Rare is the player who doesn’t have those on. Each one is visualizing success while rap or country or Axl Rose plays in his ears.

The adrenaline is flowing for even those not playing. Mark Mayer, Nebraska’s head athletic football trainer, gets to the stadium about an hour before the team bus. Sometimes he’ll get in a quick workout to feed his energy.

There are four full-time staffers, two grad assistants and six student workers helping him on gameday.

Players can be characters when they’re getting taped up during the week. But on gameday, “lot of headphones, lot of guys just kind of zeroed in … laser eyes,” Mayer said.

Different players like to be taped different ways. “Every guy has got their guy they like going to."

Usually it’s decided by Friday if any players who were questionable with injury will play or not. But sometimes it takes the pregame warmups on Saturday to decide for sure. Mayer monitors players who have been on the fence to see how they’re moving.

When the game finally starts, he’s not watching the ball near as much as you are. “I get to enjoy moments of games. … I’m kind of surveying the whole field, just seeing if anyone is laying on the ground behind the line of scrimmage while the play is 20 yards downfield.”

But there are moments. Moments when you can look up and take in the whole spectacle.

In a job like Van De Riet's, you're so often having to think a day ahead, a week ahead.

Yet there is a time, generally in pregame warmups, when Van De Riet allows himself a chance to look around as the stadium fills with people. “That moment kind of takes over and you just try to live in it the best you can.”

And there is that moment, explains Lewis, one of the team's co-captains, when you turn the corner and see that “I Play For Nebraska” sign and let yourself be captured by the whole thing.

A greater moment still? When a win is achieved. That’s the moment Lewis is excited to see Riley in. He wants to see it Saturday.

“I’m interested to see how it is when we win,” Lewis said. “I want to see him get a little riled up.”

Finally, after all the buildup, Riley gets to take that first walk down the red carpet while 92,000 fans wait for him and his team. He has not yet seen that stadium on Vine Street dressed in red except for the pictures. But he has seen how much football matters here.

“I always say that the one thing I have noted about Nebraska, in general, is that people care, and they care in a lot of different ways,” Riley said.

He brings up something most people would not think of: the cleanliness of the stadium. He’s noted there’s rarely even a spare piece of trash blowing around. Other places care a lot about their program, too. Of course they do.

But there is a level of caring in Nebraska about every detail surrounding the program that is striking to Riley.

He is not yet within 24 hours of seeing Husker football on a gameday when he answers this question, but a smile forms as he thinks about it.

“It’s not comparable to anywhere. I don’t know,” he said. “It is exceedingly good.”

One second until smiles. For whatever flaws Nebraska exhibited in the previous 3½ hours, for all the bruises suffered, the way to happiness wa…

Senior Moments: On the island with Daniel Davie

Brian Christopherson gives you the storylines, names and numbers for Nebraska's opener against BYU.

'95 flashback: Tomich went from walk on to All-American

So who's Nebraska’s most famous football walk-on? Some would argue I.M. Hipp.

WR coach Williams ready for gameday on the Husker sideline

His energy and passion for his craft has been hard to miss during practices. Now Husker receivers coach Keith Williams looks forward to being down by his guys when it counts.

National screen play: What to watch for Saturday

A quick hit list of the big games to kick off the first Saturday of college football.