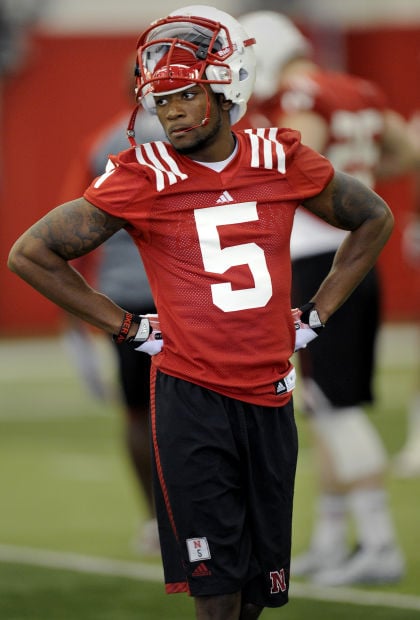 Josh Mitchell listens during the first day of Nebraska's fall camp Monday at Hawks Championship Center. The senior cornerback appreciates the chance he was given by coach Bo Pelini and his teammates when he was facing a dark period a couple of years ago. 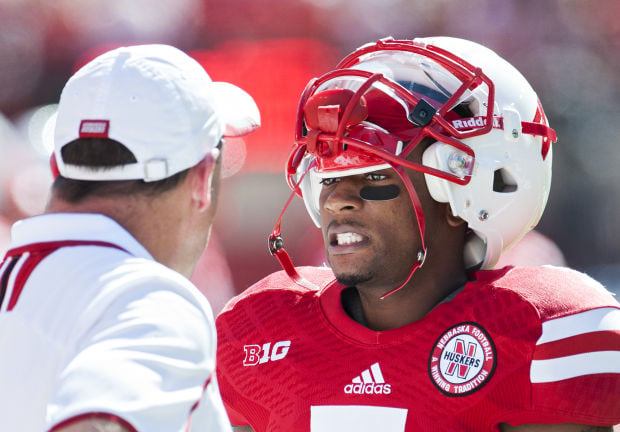 Without a roommate and short on friends — he arrived for the second summer session of classes after most of his peers had already been on campus for a month and buddied-up — Mitchell, quite frankly, was depressed. Feeling sorry for himself.

Always talkative, sociable and sometimes downright brazen, even Mitchell couldn't find the effort to get to know people when he arrived in Lincoln that summer.

“I don’t want to make it sound like I’m making excuses,” Mitchell said, “but I was pretty homesick.”

That’s how his Nebraska football career began in 2010, when Mitchell redshirted. His situation deteriorated before it improved.

While serving a suspension so long teammates began asking coaches if he’d ever be back, Mitchell finally turned a corner — thanks, in part, to players who signed a petition for his return. If memory serves Mitchell correctly, Will Compton initiated the petition that virtually saved his Husker career after two seasons in the program.

“When I heard about that from my teammates, I knew I didn’t want to go anywhere else,” Mitchell said. “You don’t find people like that everywhere. I was just happy that those guys really wanted me to be here, so I decided to get my act together, and it paid off for me.”

Now, as he begins his fifth and final season in a Husker uniform, Mitchell is thankful to not only those teammates who pleaded for his return, but also to coach Bo Pelini for setting him straight.

“I’m really appreciative of everything Coach Bo’s done for me over my career here,” Mitchell said. “Like he said, I was hanging on a very thin thread. It was either be here or go somewhere else and get my act together, grow up and mature.

“Over my career here, Coach Bo’s been like a second father to me. He’s really guided me and helped me in a lot of ways. For him to stick with me and guide me through the process when I wasn’t the best teammate and the player around here was important to me.”

The 5-foot-11, 160-pound Mitchell is Nebraska’s most experienced cornerback, the only returning player among three who took the majority of the snaps at the position last season. He’s emerged as a leader on the defense, not afraid to voice his opinion to teammates, young or old, the same way he jawed at Niles Paul, Brandon Kinnie and Curenski Gilleylen while playing scout team.

“It was just me being myself,” Mitchell said. “I wasn’t out at practice just being a jerk to people. I was just having fun, and I was helping those guys compete, and they could appreciate it.

“They talked back, too, so it was fun. They enjoyed it, and I enjoyed it.”

Mitchell says he inherited his lack of shyness from his father, and that failing to bite his tongue has, sometimes, caused him trouble.

When asked what led to his suspension at the end of his redshirt freshman season — he didn’t travel to the 2012 Capital One Bowl — Mitchell offered a few reasons.

“I just wasn’t buying into the program and what (Pelini) wanted,” said Mitchell, who played in eight games the 2011 season with one start. “I didn’t believe in the culture. I thought I could do things my own way. Around here, you can’t do things your way and expect results.

“Obviously, I wasn’t playing very much at the beginning of my career, so I was upset. I thought I was doing the right things when I wasn’t. My attitude wasn’t ever good. I didn’t really care to be around here. When you don’t care to be around, it doesn’t correlate on the field and in meetings, and eventually you burn the wrong ends with too many people.”

Mitchell said he doesn’t believe he’s yet a mature adult, but that he has grown into a more responsible person. Somebody who listens and is willing to take advice rather than insisting his way is the right way.

“Unbelievably proud of him,” Pelini said last week at Big Ten Media Days. “He’s not only matured and developed and gotten better, but he’s become a real leader in our program, a bell cow in how we do things.”

Today, Mitchell lives in a house with teammates Ameer Abdullah and Derek Foster, along with a couple of nonfootball guys.

Yes, it's a bit cheerier and more lively than that dark, lonely room in Selleck Hall.

"The first two years of my career here were kind of tough," Mitchell said. "But after that, I mean, I pulled together. Thankfully, I had a lot of great teammates over time that liked me a lot."

Valentine aims to show discipline in all facets

Sophomore defensive tackle Vincent Valentine is 25 pounds lighter than when he arrived to campus. It took discipline to lose the weight. It's discipline he wants to apply to all areas of his game and life.

Huskers pick up the pace on Day 1

Working at a faster pace than we last left them, the Huskers began what they are hoping is a fall camp of better efficiency.

Josh Mitchell listens during the first day of Nebraska's fall camp Monday at Hawks Championship Center. The senior cornerback appreciates the chance he was given by coach Bo Pelini and his teammates when he was facing a dark period a couple of years ago.