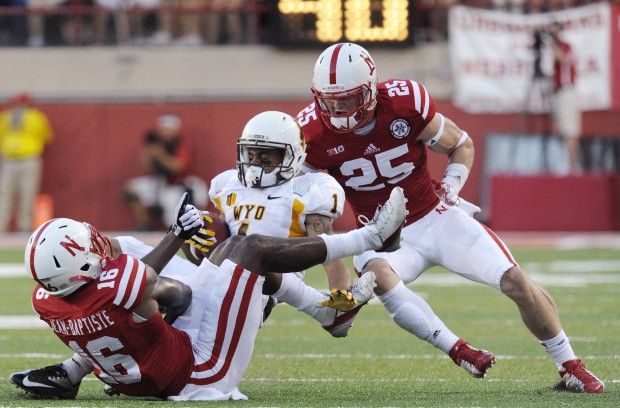 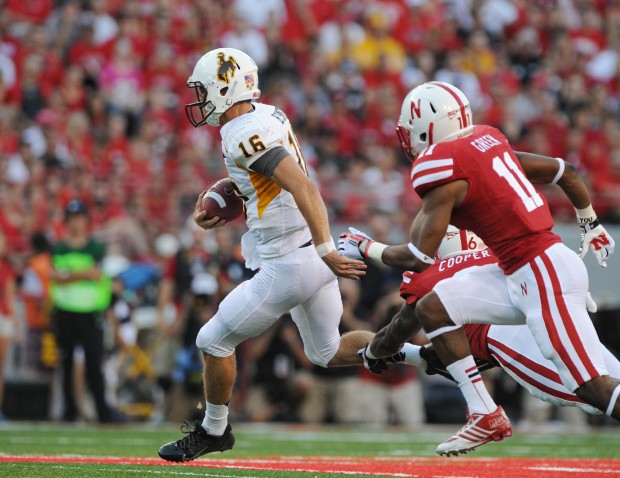 Let us not paint the wrong picture here: It is not as though there was panic one year ago in the days before a young Husker defense gave up 34 points, 602 yards and what still registers as a rather astounding 35 first downs to a Wyoming team that would go on to win all of five games.

There was hope, because in late August there is always hope, and just maybe that youthful defense would locate the light switch sooner than later.

But those who read between the lines last fall also saw the warning signs of a possible rough beginning for the 2013 defense, clues scattered about, like when defensive line coach Rick Kaczenski once said during the middle of last August that “we’re fine when we get lined up correctly.”

The basics, at that point, were hardly basics. Communication? Not great. Settled at middle linebacker? Not at all.

And so Nebraska’s defense went out and delivered an opening day performance that was, in the words of defensive coordinator John Papuchis after the game, “a really bad dream.”

Return now to the cheerful present, the hope of another year, and Husker coach Bo Pelini and players meeting the media Monday before another opener. It is clear last year’s debut was a sort of “Twilight Zone” experience this defense doesn’t expect to revisit on Saturday against Florida Atlantic, or anytime soon after.

“We’re not even in the same ballpark,” said Pelini in comparing this defense to the one 365 days ago.

The biggest jump, in junior cornerback Daniel Davie’s estimation, has been the way the Huskers have learned to communicate on that side of the ball.

“Even in the spring when I was hurt, I saw that communication was a big emphasis,” he said. “Even if we got the play wrong, or were playing the wrong thing, if everyone was on the same page, we could survive the down and make a play.”

And whatever stomach punches that defense took during the first month of last season are now viewed as lessons that strengthened.

“When you go out there and the bullets are flying, that builds character and experience for the next time you’re out there, so I think that’s going to help,” Davie said.

Now it is a defense that even their competitors on the other side of the ball are willing to talk up, with senior running back Ameer Abdullah one of the unit’s biggest fans.

“Luckily we don’t play against our defense, because we had a tough time …” Abdullah said. “I feel like the defense as a whole has taken a huge step forward. They have that swagger and that confidence to them. … They understand that they have a year of experience and now it’s time to put it on film.”

They are high hopes that begin with the front four — Randy Gregory, Vincent Valentine, Maliek Collins, Greg McMullen — a group hoping to stake its claim as the best in the Big Ten, and then branch out from there to a linebacker position that has a clear-cut starter in the middle in Josh Banderas and, next to him, rising senior Zaire Anderson, whose offseason work suggests he’s on the cusp of his best football as a Husker.

The secondary? There are some inexperienced pieces to be found there, specifically the very important nickel back position, which belongs to newcomer Byerson Cockrell.

And yet, senior cornerback Josh Mitchell, one of this team’s five captains, makes a compelling case that the Huskers will hold up just fine in the back end.

“These young guys, they ask more questions and are more focused than the majority of guys that come in,” Mitchell said. “Most people are just kind of happy to kind of be here and figure, 'Well, I’m going to redshirt.' But these guys have been in their books and they ask a lot of questions, and they’ve obviously had to play a lot at practice and get a lot of snaps, so I think that helped them grow a lot faster than most freshmen grow.’"

Looking good in the spring and August practices are one thing. Doing it on Saturday when it’s the real deal is a different matter entirely.

And for all the feel-good vibes this defense has built up over the past eight months, positivity that even survived season losses of potential starters Michael Rose-Ivey, Charles Jackson and LeRoy Alexander, there is still an uncertainty that comes with every opener.

“Once we get to the first game, the question will be, 'Can we apply what we’ve learned?'” Pelini said. “'Can we react with 93,000 in the stands?' That’s where the true test comes.”

The coach said it doesn’t even really matter how he views his defense right now. It’s all about what the product looks like come game time.

“I’m looking forward to what we’ll put out there on the field,” he said. “Time to talk is over. Let’s find out where we are on Saturday.”

"Being a leader on the team, you gotta be able to talk to your teammates just like they expect you to," Tommy Armstrong said.

The Huskers announced their five captains for the 2014 season.