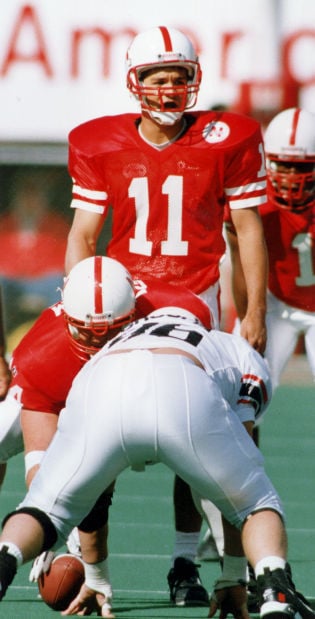 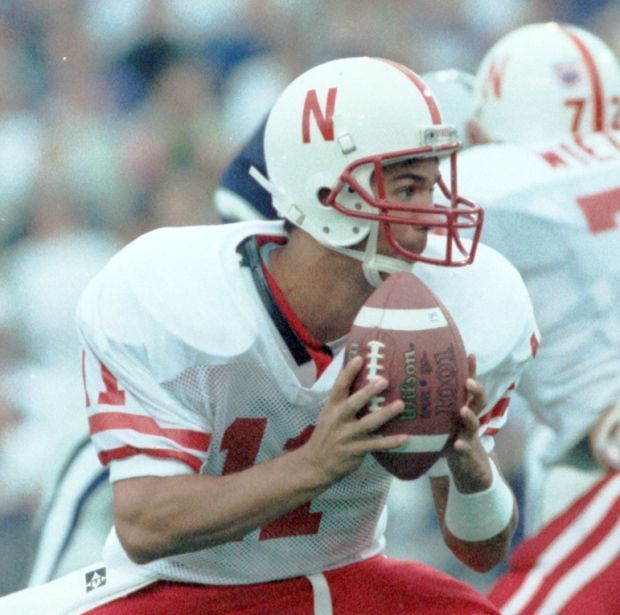 Matt Turman has one regret about his playing days at Nebraska.

“I should have gotten the No. 8, then my jersey would have said ‘Turman8,’” one of the most famous Husker walk-ons of all time said.

As it was, NU photographer Rick Anderson asked Turman to put on some sunglasses, wear a black jersey and cross his arms. During the Nebraska-Baylor game in 1996, the relatively new HuskerVision screens flashed up the “Turmanator” photo, in reference to the “Terminator” movies, and the crowd went nuts.

“It’s funny how people remember that stuff,” said Turman, now the head coach at Class B state champion Omaha Skutt. “Back then, I was just trying to get on the field and help us win ball games and national championships.”

Playing behind Tommie Frazier and Brook Berringer, Turman was a redshirt sophomore who had played defensive back at Bishop Neumann High School in Wahoo.

After the 18-16, last-minute loss to Florida State in the 1994 Orange Bowl, the Huskers were focused on completing “Unfinished Business” and winning a national title.

Nebraska only had three quarterbacks for the 1994 season. Ben Rutz had transferred to Kansas and John Elder went to Wayne State, while Todd Gragnano left for Louisville. That left just Frazier, who would win four bowl MVP titles and finish runner-up in the Heisman Trophy voting; Berringer, who would become an NFL prospect before his death in an airplane crash, and Turman.

Tony Veland had played quarterback in high school but moved to defense, where he became a starter. Clester Johnson was a high school quarterback but was now starting at wingback. Monte Christo was a redshirt from Kearney.

“There were just the three of us and I was getting as many snaps with the top offenses as anybody else,” Turman said. “Coach (Turner) Gill would say to me, ‘One-one (he called us by our number), you’ve got to be ready to play.’ So I worked as hard as anybody that summer and waited.”

The lull wasn’t long. Turman played in the first three games of the season. Frazier was sidelined with blood clots. Berringer took over but suffered a collapsed lung against Wyoming. Turman finished the second half in Nebraska’s victory against Oklahoma State and the next week, he started at No. 16 Kansas State.

“Because of Tom Osborne, I was ready,” Turman said. “I had practiced against one of the best defenses in the country every day. When I played against Oklahoma State, at the half, we were ahead 9-3 and won 32-3. Now, I was starting in a nationally televised game against K-State.

“Clester Johnson, Brenden Stai, Zach Wiegert, all those guys said they believed in me. Five minutes before kickoff, Coach Gill put his arm around me and said, ’11, just get the snap. Everything else will be OK.'”

The Huskers ran Lawrence Phillips between tackles most of the game and Turman threw a couple of passes in NU's 17-6 victory. “Barron Miles broke up two long passes and our defense really shut them down,” Turman said.

“I didn’t feel different, but I felt like more a part of the whole team,” Turman said. “There’s a picture of me with our offensive line: Stai, Wiegert, Aaron Graham, Joel Wilks and Rob Zatechka, and I look like an eighth-grader in front of these 6-5, 300-pound guys.

“I was just the Nebraska kid, from a small town, living my dream. I loved it. I got a couple of national championship rings and I can honestly tell the kids I coach to hang in there, give it your best and you might get a chance. I don’t regret a thing.”

There are no archived tapes of Nebraska's offensive line versus defensive line drills in the pit in North Stadium in 1994.

Turman to the rescue

On Oct. 15, 1994, former Bishop Neumann standout Matt Turman made the only start of his Husker career.

Keys to a Holiday Bowl win

Keys to a Holiday Bowl win

Keys to a Nebraska win against Iowa

Keys to a Nebraska win against Iowa