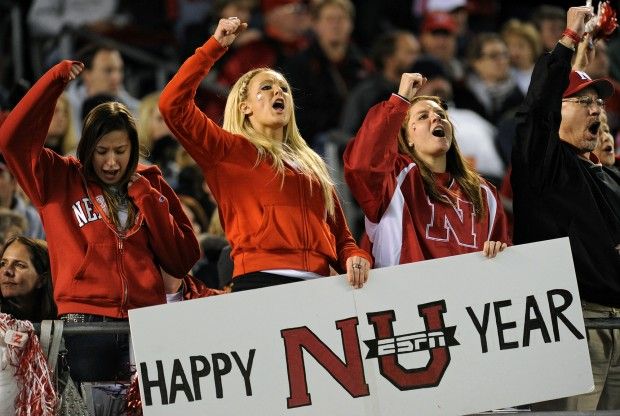 Husker fans were full of spirit at the Holiday Bowl at Qualcomm Stadium in San Diego on Dec. 30, 2010. 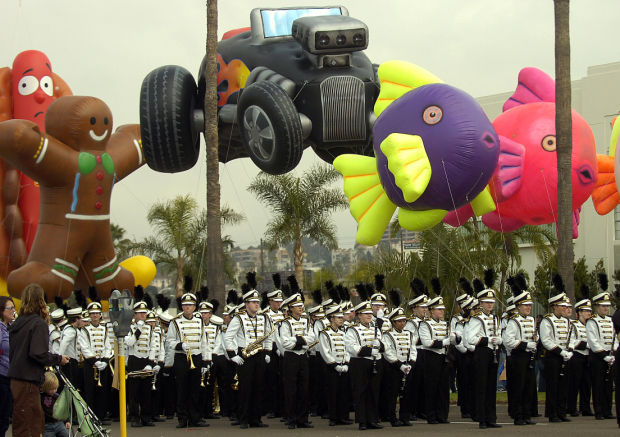 The Lincoln Southeast High School Marching band lines up for the Holiday Bowl parade in San Diego on Dec. 30, 2009.

With it being only the second weekend of November, we can’t say for certain where the Nebraska football team will play in a bowl game.

We do, however, have a pretty good idea where the Huskers won’t be playing, if that helps your getaway plans.

Under new bowl parameters within the Big Ten Conference, league teams will no longer participate in the same bowl game in back-to-back seasons, and restrictions are in place on a team making multiple or consecutive appearances within the same states or regions.

Given the Huskers have spent the past three Januarys in the state of Florida, including two visits to the Capital One Bowl, look for Nebraska to visit another part of the country this winter.

Of course, much of it depends on how the Big Ten fares in the inaugural College Football Playoff, which this year uses the Rose Bowl and Sugar Bowl as its semifinal sites, with AT&T Stadium in Arlington, Texas, hosting the national championship game, unaffiliated with any bowl.

If the winner of the Big Ten Championship Game isn’t among the final four teams chosen for the College Football Playoff, that team would play in the Cotton, Fiesta or Peach bowls.

What if that team is Nebraska?

In that case, the Cotton Bowl, in Arlington, Texas, or the Fiesta Bowl, in Glendale, Arizona, seem most likely because of the new emphasis on limiting return appearances to a same region. (The Peach Bowl is in Atlanta).

How does California fit into the equation?

The Big Ten this season begins a partnership with the Holiday Bowl in San Diego. It’s a familiar site for the Huskers, who played in the bowl game in their final two seasons of the Big 12 Conference. Nebraska would be a logical candidate if it doesn’t win the Big Ten Championship Game.

The Holiday Bowl will feature five different Big Ten schools over a six-year agreement, matched against a Pac-12 team.

The Orange Bowl, because it isn’t hosting a College Football Playoff semifinal this year, will select the highest-ranked team from the Big Ten, SEC or Notre Dame to play an ACC team. However, it’s important to note the Big Ten champion cannot play in the Orange Bowl.

If a Big Ten team is not selected by the Orange Bowl (in Miami), then the Citrus Bowl (in Orlando, Florida) will submit a request for a Big Ten team.

In years the Rose Bowl isn’t hosting a College Football Playoff semifinal, the Big Ten champion will play in the bowl in Pasadena, California, unless that team is among the final four for the national playoff. In that event, the Rose Bowl will have sole discretion on choosing a replacement Big Ten team, generally taking the highest-rated available team.

The Big Ten's Iowa, Maryland, Michigan State, Minnesota, Nebraska, Ohio State and Wisconsin are all bowl-eligible. Rutgers, which is idle this weekend, needs to win one more game before gaining bowl eligibility.

Sizing up NU's resume and roadblocks with the playoff contenders

How do the resumes stack up? We take a look at the big wins, bad losses and potential remaining pitfalls of the top 16 teams in the latest College Football Playoff poll.

Husker fans were full of spirit at the Holiday Bowl at Qualcomm Stadium in San Diego on Dec. 30, 2010.

The Lincoln Southeast High School Marching band lines up for the Holiday Bowl parade in San Diego on Dec. 30, 2009.