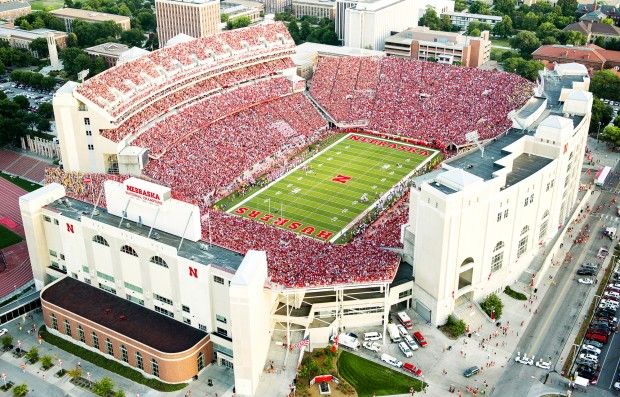 A record crowd of 91,185 looks on at kickoff as Nebraska faces Wyoming at Memorial Stadium. 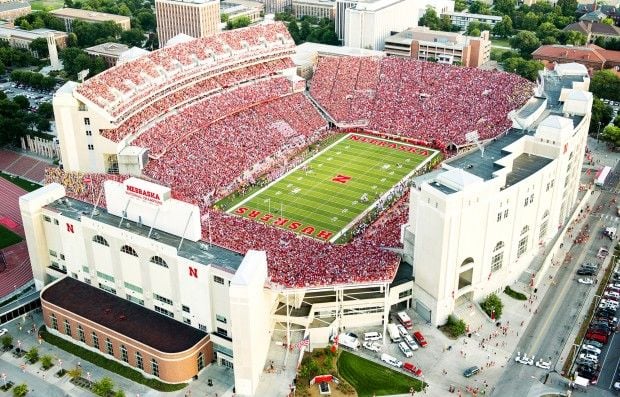 If kickoff for Nebraska’s season-opener against Florida Atlantic had been at 2:30 p.m. Tuesday, instead of 2:30 p.m. Saturday, the fabled sellout streak would’ve ended on a nice, easy-to-remember number -- 333 games.

But it wasn’t. And in the span of an afternoon press gathering during which NU staffers talked about overhauls of the WiFi network and stadium sound system, the scant number of tickets available for the game fell by half. About 20 public tickets were available as of 5 p.m. Tuesday, according to a fly-by of the “select your seat” option on the athletic department's ticketing site.

“Students just started (Monday),” Anderson said. “So that’s been fairly steady also, so we expect those to be gone, too.”

The sellout streak, she said, will reach 334 and beyond.

“We absolutely appreciate our fans,” she said. “They’re the best.”

A “couple hundred” or fewer tickets remain for the McNeese State game, Anderson said. A scan of the Huskers' ticketing site showed some remained available for the Illinois, Rutgers and Purdue games, as well.

In each case, those seats were in sections designated for the opposing team.

Sam Foltz needn't think long about the first phone call he would make to deliver the good news of his Nebraska football scholarship.

It appears sophomore Nate Gerry will have more than just work at safety on his plate during Nebraska's opener on Saturday.

A record crowd of 91,185 looks on at kickoff as Nebraska faces Wyoming at Memorial Stadium.