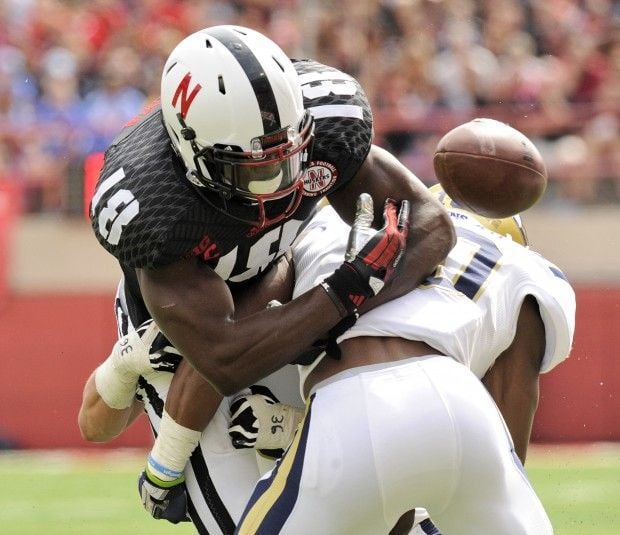 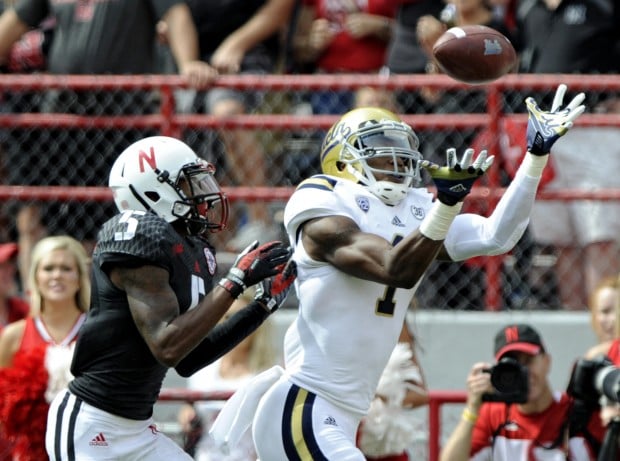 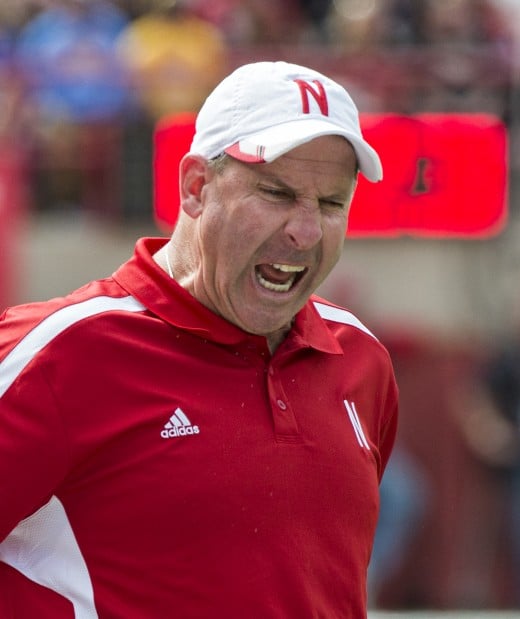 Nebraska coach Bo Pelini isn't happy with two penalties on his team on the same play in the second quarter against UCLA at Memorial Stadium on Saturday, Sept. 14, 2013.

The old Husker automobile, painted black, was cruising down the road. Beautiful day, windows down, pleasant breeze blowing in.

Then, the car jerked, only slightly at first, maybe not even noticeable to some. It happened with Nebraska leading 21-3 and defensive end Avery Moss on his way to sack UCLA quarterback Brett Hundley.

And then he didn’t. Hundley spun around, kept his feet. It was a third-and-12. The Bruin sophomore ran toward the first-down marker. He got 13 yards.

UCLA scored a touchdown three plays later. From that point on, the game was never the same for Nebraska. A day of good feelings turned into one of the greatest Husker collapses you’ll find.

“It’s almost like a little nail that hits the tire. You don’t notice, but over a period of time, the air’s going to keep coming out and before you know it, you have a flat tire,” said Husker running backs coach Ron Brown. “We didn’t get the tire fixed.”

UCLA dismantled the Huskers in every fashion in the second half of a 41-21 win Saturday at Memorial Stadium.

The Bruins scored 38 unanswered points, and 28 came in a hellish third quarter for Nebraska when UCLA outyarded NU 236-57.

Answers were hard to come by for the Huskers, though coach Bo Pelini did have one after the game that was assuredly right.

“I just told our players that’s what I call a team loss right there,” Pelini said. “We got beat in every phase of the game in the second half.”

The way Nebraska’s defense came undone after a rather impressive first-half performance was disturbing.

But it was the performance of the Husker offense, full of veterans and led by senior quarterback Taylor Martinez, that might have everyone scratching their heads even more.

“We’re capable of a lot more offensively,” Pelini said. “Maybe, on the offensive side, they’re reading their press clippings too much. We haven’t played close to our potential on that side of the football for three weeks now. That’s got to change.”

With chances to expand the lead, or at least answer UCLA, Nebraska didn’t put up a single point after wide receiver Kenny Bell caught a 22-yard touchdown pass with 7:12 left in the second quarter.

“I got the feeling, at times, that our guys, instead of playing to win, are playing not to lose,” Pelini said. “That’s the wrong way to go about it. I’d like to see our football team just turn it loose and have fun. I don’t know.”

At halftime, with the Huskers still leading 21-10, senior offensive guard Spencer Long said players “were fighting to keep their intensity up, saying, ‘OK, we’re not going to let these guys bounce back.’

After driving to the UCLA 41-yard line and stalling on the second half's opening series, Nebraska’s offense went three-and-out its next two possessions. By that time it was 31-21.

The Huskers were desperate at that point, trying a fake punt with defensive lineman Brodrick Nickens running the ball. He got 2 yards. He needed 2 yards and 6 more inches for a first down.

Three plays later, UCLA was in the end zone again. It was 38-21. The Bruins had scored four touchdowns in a span of eight minutes, five seconds.

“Once halftime came around, I feel like we felt a little comfortable,” said Nebraska freshman linebacker Nathan Gerry. “The defense kind of shut down. We didn’t have the energy like we did in the first quarter and second quarter, I guess. Our energy level just wasn’t where it was supposed to be.”

Nebraska consistently missed tackles in the second half against the same team that had 298 yards after contact against the Huskers a year ago.

Pelini could see his team’s shaken confidence in its body language.

“At times, when I looked at our guys on the sideline, I felt like it looked like they’d seen a ghost,” he said.

Hundley was the main reason. The Bruin quarterback needed just 16 completions on 24 attempts to throw for 294 yards and three touchdowns.

It was an emotional victory for UCLA, just a week after the death of walk-on wide receiver Nick Pasquale, who was hit by a car in his hometown of San Clemente, Calif.

A special performance for the men from L.A.

For Nebraska, it’s the kind of performance that will bring critics out with megaphones.

“If there was any crime committed, we did it to ourselves,” said The Dark Knight, known at the University of Nebraska-Lincoln as Cory Kruse.

Saturday's action between No. 23 Nebraska and No. 16 UCLA at Memorial Stadium in Lincoln, Neb.

Nebraska quarterback Taylor Martinez addresses the media during the postgame news conference following the Huskers' loss to UCLA on Saturday, …

Nebraska players didn’t have any more answers about what happened in the second half of Saturday’s 41-21 loss to UCLA than the coaches did.

Nebraska coach Bo Pelini isn't happy with two penalties on his team on the same play in the second quarter against UCLA at Memorial Stadium on Saturday, Sept. 14, 2013.