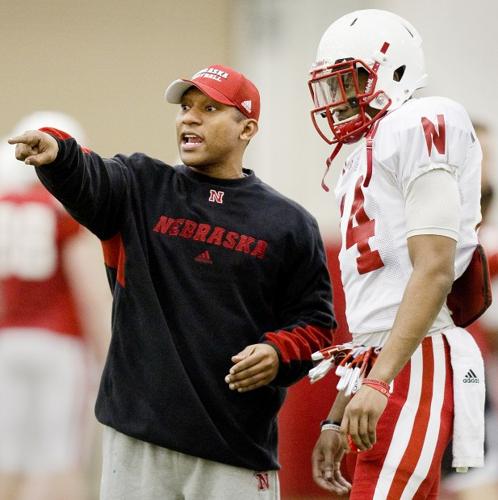 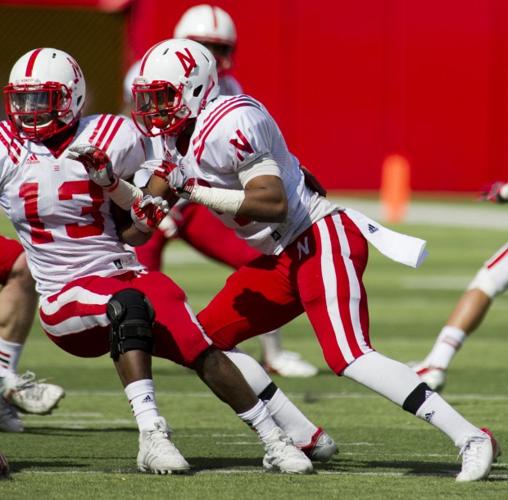 Nebraska's Zaire Anderson (13) and Jonathan Rose (right) look for a tackle during the second half of the Red-White Spring Game last year.

Nebraska sophomore cornerback Jonathan Rose played much of the second half of last week’s game against Illinois due to an injury to starter Josh Mitchell. It was Rose’s most significant playing time of the season. As secondary coach Terry Joseph put it, Rose “had some good plays and some not-so-good-plays.”

Rose can learn from his mistakes, but he also can learn from example. He’s got a teammate, a fellow cornerback, to show him the way — senior Stanley Jean-Baptiste.

“Jonathan has a great example to watch because Stanley was him a year ago,” Joseph said. “Now Jonathan can see somebody who dedicated himself to learn the details and the little things about our defense and have a little bit of success.”

The comparison isn’t perfect because Baptiste was a receiver who came over from the offense; Rose is a redshirt who transferred from Auburn. The similarities are that they are two tall, talented athletes learning a new defense.

Baptiste (6-foot-3, 220 pounds) has made the transition from newcomer to part-time player to starter. This season he has four interceptions and six pass breakups.

Joseph hopes for the same sort of transition from Rose.

“Jonathan’s strengths are his size (190 pounds), his length (6-1) and his wingspan,” Joseph said. “That’s what you want at corner because there are so many big receivers trying to get you in a one-on-one situation. Once he becomes more and more comfortable with the system, he’ll have more success out there. It takes the dedication of the players to understand the details of the system and not just the generic things.”

Rose was the No. 3-rated cornerback in the country, according to Rivals.com, coming out of Leeds, Ala., in 2011 and committing to Auburn, where he played in nine games as a true freshman. But he was sent home from the team during the following summer and wasn’t allowed to return. Rose, his father and his high school coach reached out to Joseph, who had recruited Rose while he was at Tennessee.

“He was looking for a fresh start,” Joseph said. “We had some boundaries put on him when he came here, and he’s lived up to those boundaries as far as taking care of his business in the classroom and off the field. Now he just needs to get adjusted to playing our defense, and that takes awhile for a young player, especially for a guy who’s played in a college system already. He’s still adjusting and getting better and better every day."

Rose redshirted in 2012 and has played in three games this season. If Mitchell isn’t ready to go Saturday against Purdue, Rose’s role could be increased.

“I think Jonathan is coming,” Nebraska coach Bo Pelini said. “I’ve seen him make some big strides over the past couple of weeks. When he stays with his technique, he’s a pretty good player. He still has to get more physical and do a better job tackling, and he needs to communicate better. Sometimes he can get locked in so much. He’s a talented young man who works really hard.”

And that’s Joseph’s constant message to Rose: “With hard work, you’ll get the rewards.”

Sensing the team needed a jump-start, the Huskers senior offensive tackle gave a pregame speech prior to the Illinois game on Saturday.

Told by first-year Purdue coach Darrell Hazell last week that changes were being made at quarterback, Rob Henry offered to move to safety.

Nebraska's Zaire Anderson (13) and Jonathan Rose (right) look for a tackle during the second half of the Red-White Spring Game last year. 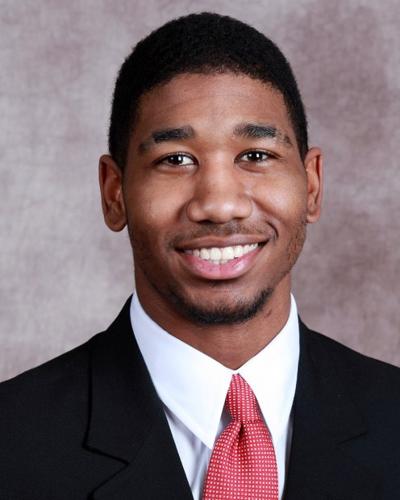