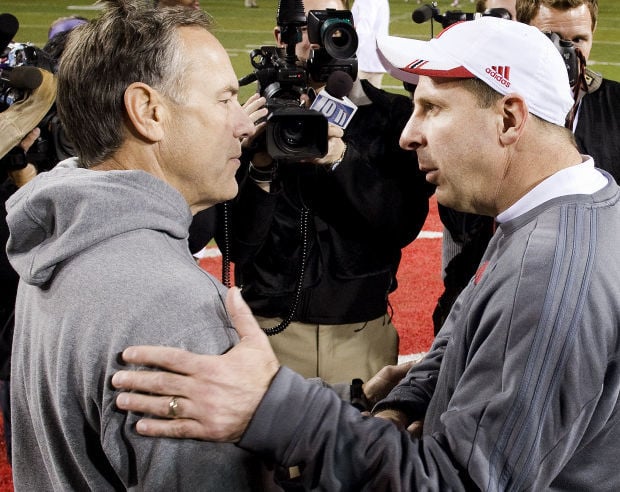 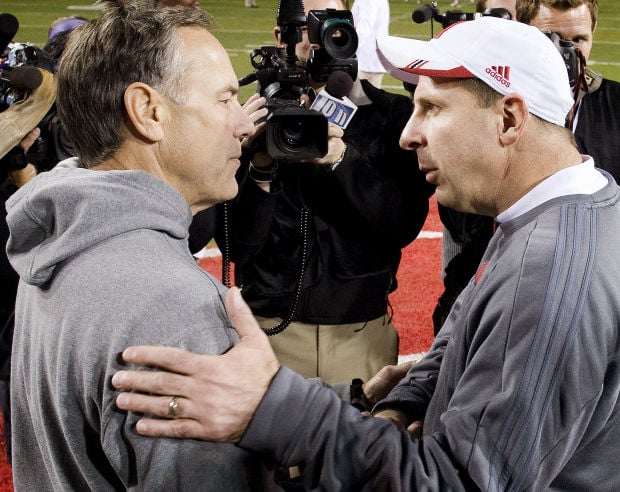 ANN ARBOR, Mich. — Randy Gregory's freak athleticism has been known since Husker coaches first set their eyes on him on the recruiting circuit.

But as he accumulates more football knowledge with each passing week, an even more dangerous monster is being groomed, like the kind that racks up three sacks on a single Saturday.

That's what Gregory did in Nebraska's 17-13 win over Michigan. The sophomore defensive end not only displayed his natural physical gifts, but also showed he's becoming a smarter football player.

And the prospect of those two things merging together should be a very scary thought for Husker opponents.

Defensive line coach Rick Kaczenski points to a third-and-4 on Michigan's last possession in which Gregory tracked down quarterback Devin Gardner for a 1-yard sack.

It was a sack that was as much about being a student of the game as anything.

"The tight end was in, then all the action went away. A lot of teams try to sneak that tight end out on a late-shoot screen," Kaczenski said. "Randy just sat there, sat there. Even when the tight end went and blocked, he just stayed home. Gardner came right back to him."

The coach doesn't know if Gregory would have made that play three or four weeks ago. He knows for sure he wouldn't have made it at the beginning of the season.

"It was funny because as soon as Randy made that play, the guys jumped out of their seats," Kaczenski said. "They said, 'That's exactly what you're talking about with Randy, Coach. Randy played it exactly as we practiced it.' As a coach, those are the things that make you proud of guys."

Now, "We've just got to get him eating a little bit more," Kaczenski said of the 255-pound Gregory.

But certainly Gregory's natural gifts alone are something the Husker D-line did not possess last season.

His speed allows him to erase mistakes when he makes them.

"Just having a guy that can run like that where Gardner, as talented as he is, can't run past him," Husker coach Bo Pelini said. "Randy can go. He can run. And you saw that in a number of instances. We're more athletic on the defensive line this year than were a year ago, and that's helped us."

As for any talk about what Gregory might eventually do at the next level — and you already do occasionally hear that talk — Kaczenski said the defensive end still has plenty to refine at the college level, including his work against the run.

"Three more years," Kaczenski said with a smile, of how much more college training he thinks Gregory needs. "He ain't going anywhere. I already told him that."

* INJURIES NO CRUTCH: If the Huskers are battered, and they are especially so on the offensive line, Kaczenski said injuries are not something being talked about within the program walls.

"Teams around the league, they talk about their injuries and their youth," he said. "You're never going to hear that from us. Sometimes people use those things as excuses. We're a beat-up football team, but you know what, they ain't canceling the games, they're not pushing those things back. We're a young football team. Nobody cares. We're not going to allow our guys to use that as an excuse."

"We've probably run that play 1,000 times since fall camp," said offensive coordinator Tim Beck. "It's pitch and catch. If the guy is off and soft, throw it out there."

The 25-yard play set up the Huskers with first-and-goal. Three plays later, the 14th play of the drive, Ameer Abdullah was in the end zone.

"To be able to do what we did, drive the length of the field, and drive for a score at the end, takes a lot of guts," Beck said. "I'm really proud of those guys."

61: That’s what Nebraska now ranks in run defense (161 yards per game). The Huskers were 85th but causing Michigan to have minus-21 rushing yards will make you climb the ladder. Michigan State? No. 1 in that category, too, giving up just 43.4 yards per game.

Quotes on the run

"No matter how you win, it feels good. It's a tough business. I feel good for those kids. … A lot of people weren't giving us a chance to win this football game, as beat up as we were and what we were going in with offensively. And nobody on our team really cared about that. Like I said, I'm proud of them." — coach Bo Pelini

"Next guy up. Next. That's how it is. Those guys just keep rising up and battling and scrapping. It's not pretty." — running backs coach Ron Brown on dealing with injuries

"Our guys continue to take the field with a confidence right now that you're not going to score. Like I said last week, I was hoping we were seeing the beginnings of something special, and maybe we are." — defensive coordinator John Papuchis

Lunch with Bo: Huskers won't be intimidated by MSU defense

Nebraska is playing one of the fiercest defenses in the country this week in Michigan State.

Ameer Abdullah and Randy Gregory led the way for the Huskers on Monday when the all-conference teams were announced.

The craziness of the 1930 World Cup