25-year-old semi driver dies in I-80 crash with another semi near Air Park exit; weather a factor

Nebraska head coach Bo Pelini (right) leads the Huskers out onto the field against Penn State on Saturday, November 23, 2013, at Beaver Stadium. 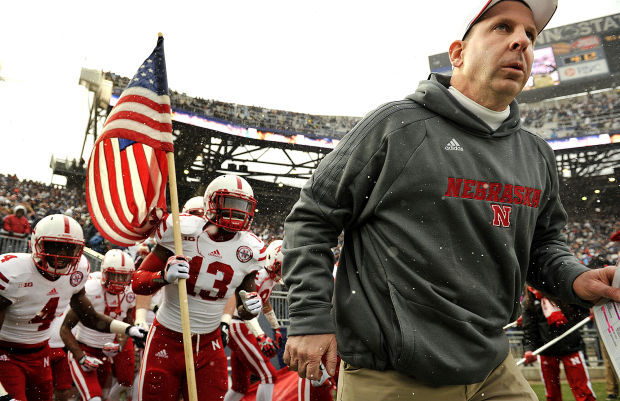 Nebraska's Bo Pelini has won 56 games in six years as head coach. Only Frank Solich has won more games in a six-year stretch at NU.

At his weekly news conference, Nebraska coach Bo Pelini was asked if he’d ever seen a penalty like the one that cost his team a touchdown on an Ameer Abdullah run against Penn State.

“Unfortunately, I’ve seen it all,” Pelini said with a laugh.

That much is true in 2013. Pelini and the Huskers have seen it all this season, from big wins to big losses to an avalanche of injuries and youthful mistakes. Through it all, Nebraska goes into this week’s Iowa game with a chance to finish the regular season 9-3, and an opportunity to reach 10 wins with a bowl victory.

Pelini – who submitted that Penn State play to the Big Ten office and kept any response from the league to himself – also had to address rumors he was resigning. Last week some of his older players came to him and asked what was up with that rumor, and Pelini addressed his team to assure them he was staying.

“I hadn’t heard about it,” Pelini said of the rumor. “It was the craziest thing I’ve ever seen.”

Pelini said that when he saw where the rumor came from, that a “grown man” would do something like that, “he ought to be ashamed of himself.”

It’s a short week for both teams (Iowa and Nebraska meet on Friday) so preparation is accelerated. It’s also Senior Day for 23 seniors and three other players who are leaving the program due to injury.

“They’ve all given a lot to the program,” Pelini said. “Hopefully we can honor them by beating a very good Iowa football team.”

As for the injury list, Pelini said Taylor Martinez is again out for this week, though he thinks there’s a chance his senior quarterback could be healthy enough to play in the bowl game. Tommy Armstrong, who started against Penn State, is questionable for the Iowa game. So that leaves Ron Kellogg, who subbed for Armstrong against Penn State. Pelini said guard Mike Moudy is “doubtful” for Friday and the status of the rest of the offensive linemen nursing injuries is up in the air.

Nothing was forthcoming from the athletic department about Pelini’s status at coach, but he addressed it this way: “I’m not coaching to save my job. At the end of the day, I want to be here. If they don’t want me here – I’m not saying they don’t – but if the times comes when they don’t, I’ll move on. I can look myself in the mirror every day and know I’ve done everything I can for this football team.”

How can any post-Tom Osborne Husker head coach not be considered an underdog, considering the enormity of expectations, Steven M. Sipple asks.

Steven M. Sipple: Pelini's right, something special is going on

Nebraska head coach Bo Pelini (right) leads the Huskers out onto the field against Penn State on Saturday, November 23, 2013, at Beaver Stadium.

Nebraska's Bo Pelini has won 56 games in six years as head coach. Only Frank Solich has won more games in a six-year stretch at NU.