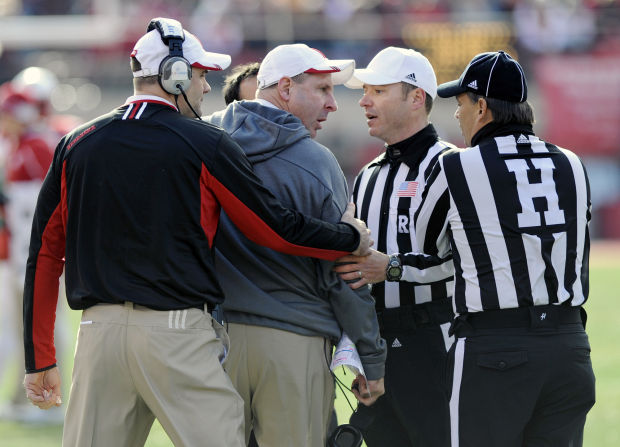 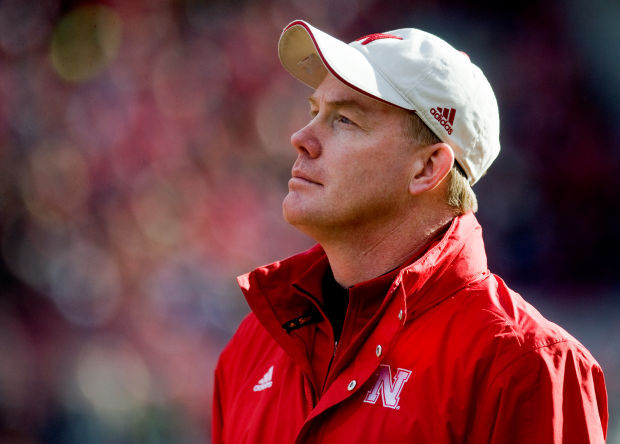 Pictured at halftime of Friday's Nebraska-Iowa game, athletic director Shawn Eichorst has said he will evaluate coach Bo Pelini's performance at the end of the season. 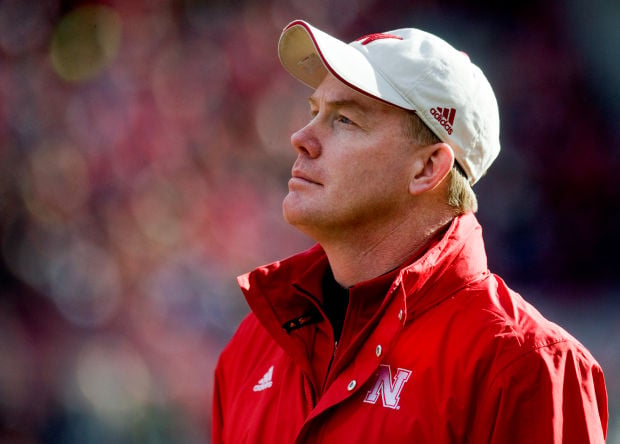 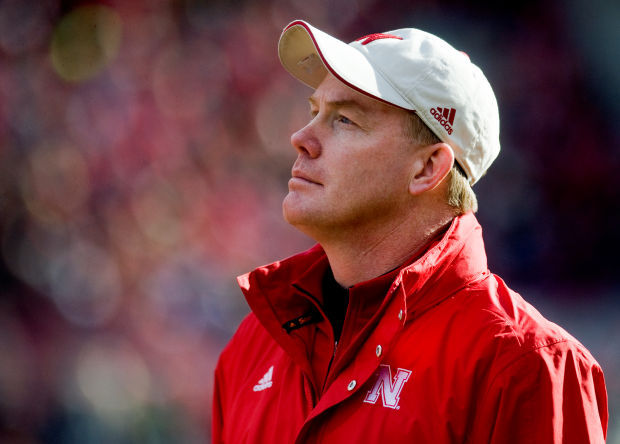 The angriest fans poured out of Memorial Stadium with a purpose Friday afternoon -- putting this season as far behind them as possible.

So they didn’t want to slow their strides or unclench their jaws to talk to reporters about whether Bo should stay or go.

But a handful of fans not staring at the sidewalk offered their opinions, and most stopped short of calling for the coach’s head. But Tim Beck? That was a different story.

Leon Zimmerman, Wymore: “I think we should give Bo just one more year.”

Give the players time to get healthy, he said. “Anybody following Nebraska football knows we’ve had one injury after another, all year long.”

And give some thought to how college football has changed. “The trouble of it is, where are you going to find a new coach? And it’s tough to win all of your ballgames anymore.”

He did think it was time for a new offensive playcaller. Meaning, Beck has to go.

Norm Pfeiffer, Lincoln: “No. Absolutely not. You can’t make changes every six years, change guys every six years and expect to have a successful program. We need to stay with what we’ve got.”

Lynn Mathis, Chadron: “I think it’s time for a change in leadership. It’s been a long season. But change is good and we like to win.”

Robin Ehredt, Urbandale, Iowa (but originally from Ponca): “Honestly, I could see an argument either way.”

Reasons to keep him: He’s done good things for the culture, she said. Like the number of Academic All-Americans. Or the general absence of embarrassing discipline problems.

And reasons he should go: This season, for starters. And his demeanor. Nebraskans don’t want to be embarrassed by its coach, she said.

She wouldn’t want to be Bo’s boss. “I think it’d be a tough decision.”

Dan McMullen, Council Bluffs, Iowa: “No. I think Tim Beck and John Papuchis should, be (fired) though. I think they’re taking him down. I think Bo is a hell of a coach, but his coordinators will drag him down.”

Paul Calvert, western Nebraska: “My opinion is we need to have someone who can recruit and coach. We need someone who can win a big game. Anyone can beat South Dakota State and Southern Miss.”

Eddy Champion, Grand Island: “I don’t think he should be fired. I think he’s a good coach. We need better recruiting and better players, but he’s the coach to lead the team.”

Nick Zedicher, Columbus: “I don’t know whether he should go.” But some of the assistants should. Too many “lousy calls” by Beck, he said, and too many failed tackles.

Mike Wall, Omaha: “I go back and forth. It’s a tough call. The teams don’t play good football. They make too many mistakes.”

Cory Weeks, Papillion: “No. He epitomizes what this program is about. Someday we will be happy he is here.”

Diane Schmidt, Iowa: “Nope. He’s winning. He stays. If you have a winning coach you have a staying coach. I’m proud of those boys. They never gave up.” Schmidt says she is from Iowa but married a Husker fan, and has been a Cornhusker fan since.

Tom Weighs, Council Bluffs, Iowa: “The guy is working passionately to win Nebraska football games. They may not like his demeanor on the sidelines, but that’s his passion. His defense is going to be lights out next year.”

Bill Beltz, Lincoln: “I think he should stay.”

His players are behind him. They’re beaten up, but they’re still behind him. “We went to Penn State and won. We went to Michigan and won. That’s coaching. I think he’s taught the young players a lot of skills, and they haven’t given up. They didn’t today.”

Nebraska turned the ball over three times in a 38-17 loss to Iowa on Friday at Memorial Stadium.

Ron Kellogg threw interceptions on the first two Nebraska possessions and the Huskers fell behind early.

Iowa started seven of its 15 drives in Nebraska territory and punched in touchdowns on five of those possessions.

The scene: A somber elevator ride tells the story

When Greg Sharp described Iowa’s final touchdown, one fan rolled his eyes and said, “Just as well,” as if he’d felt the final dagger himself.

During the loss to Iowa, Nebraska coach Bo Pelini showed signs of feeling the pressure and frustration of a difficult season, Steven M. Sipple writes.

Darnell Dickson and Steve Sipple wrap up the highlights and low points in Nebraska's 38-17 loss to Iowa on Friday, Nov. 29 2013. GWYNETH ROBER…

Pictured at halftime of Friday's Nebraska-Iowa game, athletic director Shawn Eichorst has said he will evaluate coach Bo Pelini's performance at the end of the season.