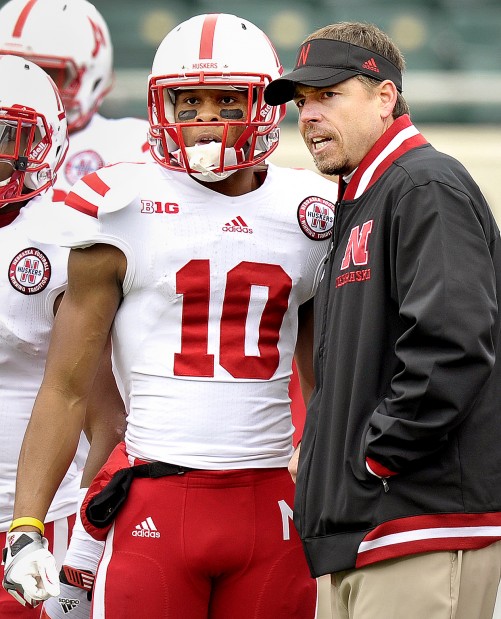 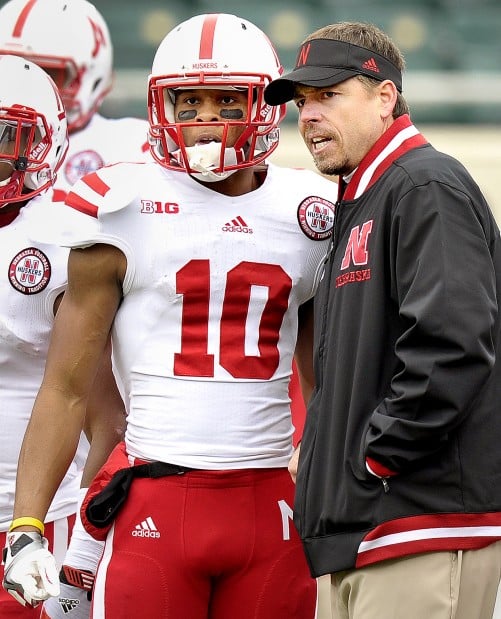 Nebraska assistant coach Rich Fisher has built up the Huskers' receiving corps, playing a big role in the development of young players such as Jamal Turner (10).

Even when battling through injury, Marlowe pushed Turner every week to go harder and become a better player.

Now that Marlowe will be graduating, Turner is concerned about how he’ll maintain his edge, and from where he’ll draw inspiration.

Perhaps he could turn on his iPad and, every now and then, watch replays of his game-winning touchdown catch against Michigan State.

“Dude, I watch it almost every day,” Turner said. “Seriously, man. It motivates me. It reminds me of how good I am and how good I could be if I keep working hard.”

Turner enters Nebraska’s Jan. 1 Capital One Bowl against Georgia with 29 receptions for 395 yards. Thirteen of those catches have come after his 6-yard touchdown with six seconds remaining in Nebraska’s 28-24 victory at East Lansing, Mich., on Nov. 3.

It was the first touchdown catch of Turner’s career.

“It took me forever to get it. I wanted it so bad, and my teammates knew how bad I wanted a touchdown,” Turner said.

“Honestly, I never dreamed of scoring the winning touchdown, against a team of that caliber, but it happened, and I’ve just been trying to build off it and stay positive, keep the momentum every day and practice hard.”

Turner, from Arlington, Texas, came to Nebraska as a quarterback and moved to receiver as a true freshman. He admits he still misses throwing the football, and only finds time to do so after practice, just for fun.

As a receiver, Turner feels he’s made his biggest improvement this season in blocking, but notes he’s done a better job of catching, too.

“When I first moved to wide receiver,” Turner said, “I was kind of scared to go across the middle and catch the ball, which I’m still ... that’s the only time I really jump the ball, is if I know someone’s about to hit me. But I’m getting a lot better at that, and blocking.”

Turner earned a starting job at inside receiver after Marlowe suffered a broken collarbone, and Turner will enter spring ball No. 1 on the depth chart with Marlowe graduating.

“I’m really excited about it, knowing that going into the season, I’m the No. 1  man,” Turner said. “My biggest deal is I can’t be complacent. I can’t be like, ‘Oh, well, they have no one else to fill the position if I’m slacking.’ I’ve got to stay hungry. That’s the No. 1 thing.

“I want to work on being a better receiver, because Timmy pushed me a lot. I don’t really have anyone to push me right now, to compete. Jordan (Westerkamp), he’s still young. I’m just going to have to find that extra step to do it myself.”

As Maher's time winds down, Bondi hopes to fill void

Nebraska’s run of outstanding kickers has produced a lot of highlights, but Brett Maher is in a league of his own. With the senior special teams star set to leave after the Capital One Bowl, a replacement is needed.

Jamal Turner's first foray into the end zone has lifted a burden off the sophomore wide receiver's back. "I feel like when we need a big play they look at me to make that play because of that one touchdown," Turner said.

Nebraska assistant coach Rich Fisher has built up the Huskers' receiving corps, playing a big role in the development of young players such as Jamal Turner (10).