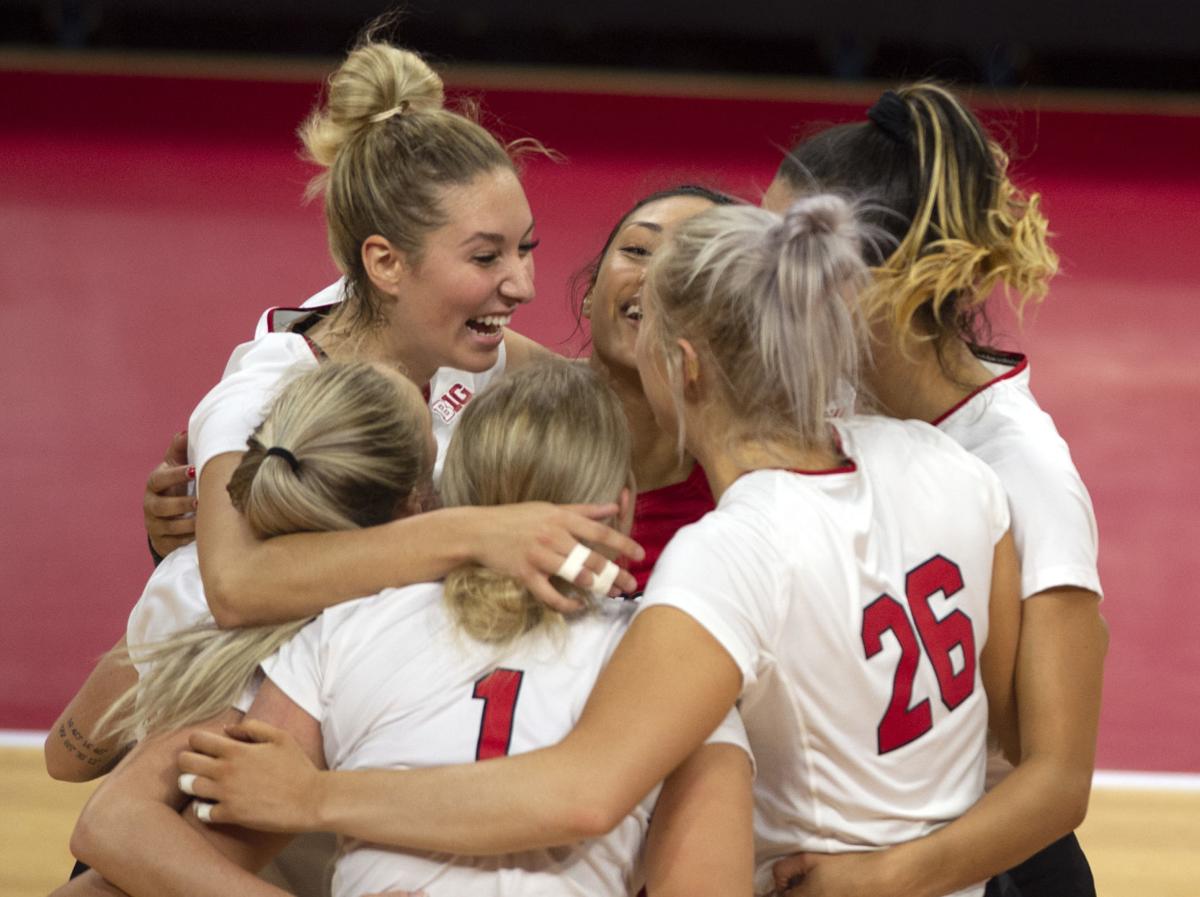 Nebraska players celebrate getting a point in the first set of a match against UCLA on Saturday at the Devaney Sports Center. The Huskers won in a sweep. 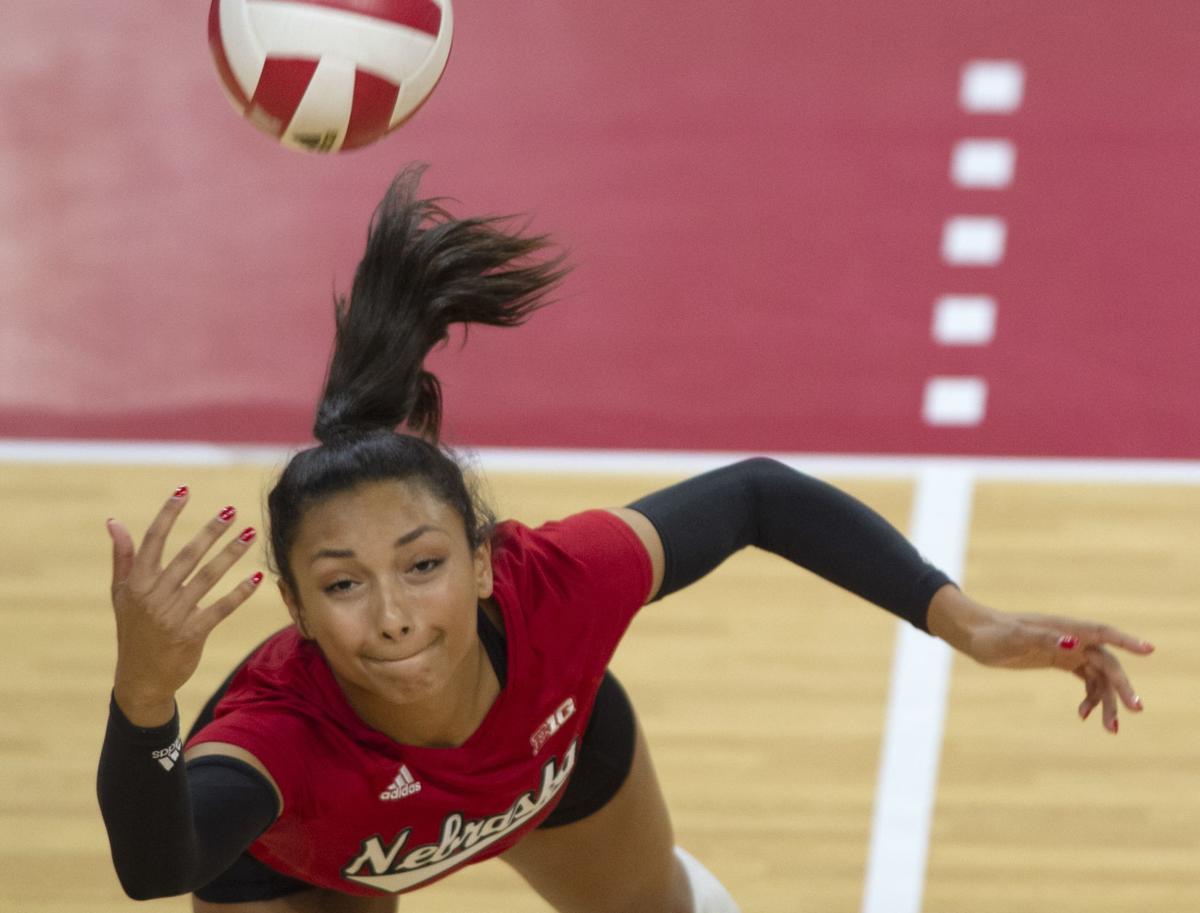 Nebraska's Kenzie Knuckles dives to try to save the point in a match against UCLA on Saturday at the Devaney Sports Center.

There may not be many major surprises for the Nebraska volleyball this season, with a group that returned five starters from a national runner-up team.

Lauren Stivrins is maybe a once-a-decade talent at the middle blocker position.

Setter Nicklin Hames is a good all-around player and fierce competitor. Lexi Sun and Jazz Sweet could be more consistent, but also are good enough that you’re not surprised when they go off.

But one surprise early in the season for the Huskers has been Capri Davis, the sophomore outside hitter from Texas.

Davis had another good match in helping the second-ranked Huskers to a 25-12, 25-16, 25-19 win against UCLA on Saturday at the Devaney Sports Center, giving the Huskers two wins to start the season.

Nebraska played better than it did during a four-set win against Creighton on Friday. Nebraska improved its hitting percentage from .176 on Friday to .320 on Saturday and had six fewer serving errors.

Davis played a lot early last season when Sun was injured. Davis had good moments, but would also make some poor decisions like hitting right into the blockers.

On Friday, Davis was second on the team in kills with 10, and Saturday she had just one hitting error on 21 attempts for a .381 hitting percentage.

Freshman Madi Kubik started at outside hitter again, but early in the match Cook thought Kubik was slowed by a minor ankle injury from Friday, so he subbed in Davis to play for Kubik in the front row.

“I thought Capri did a really good job tonight,” Cook said. “I can see her getting more and more comfortable, so it’s pretty cool.”

Cook really likes outside hitters such as Kubik who can play in the front and back rows. But he said Davis also brings a dynamic style that no other player on the team has.

“She jumps and hits over the block,” Cook said. “She’s got some really nice shots when she gets her feet there. She’s a great blocker. A really good blocker. And she’s really physical at the net.”

Once Nebraska starts playing back-to-back matches during the conference season, Nebraska will need a player like Davis who can sub in and play, possibly for Sun, Sweet or Kubik.

Davis says she tries to be ready to go into the match at any moment.

“I think everybody has to have that mentality over on the bench,” Davis said. “Everyone is going to have off nights or things aren’t going to go their way. Everyone has their own part to bring to the team.”

Another pleasant surprise has been Nebraska’s floor defense, which helped NU hold each opponent under a .115 hitting percentage. Nebraska had 12 more digs than UCLA on a similar number of attacks.

Nebraska players celebrate getting a point in the first set of a match against UCLA on Saturday at the Devaney Sports Center. The Huskers won in a sweep.

Nebraska's Kenzie Knuckles dives to try to save the point in a match against UCLA on Saturday at the Devaney Sports Center.