Schanaman gets into 'compete mode,' shuts down Minnesota as Huskers finish off four-game sweep
0 comments
Share this
{{featured_button_text}}
1 of 3 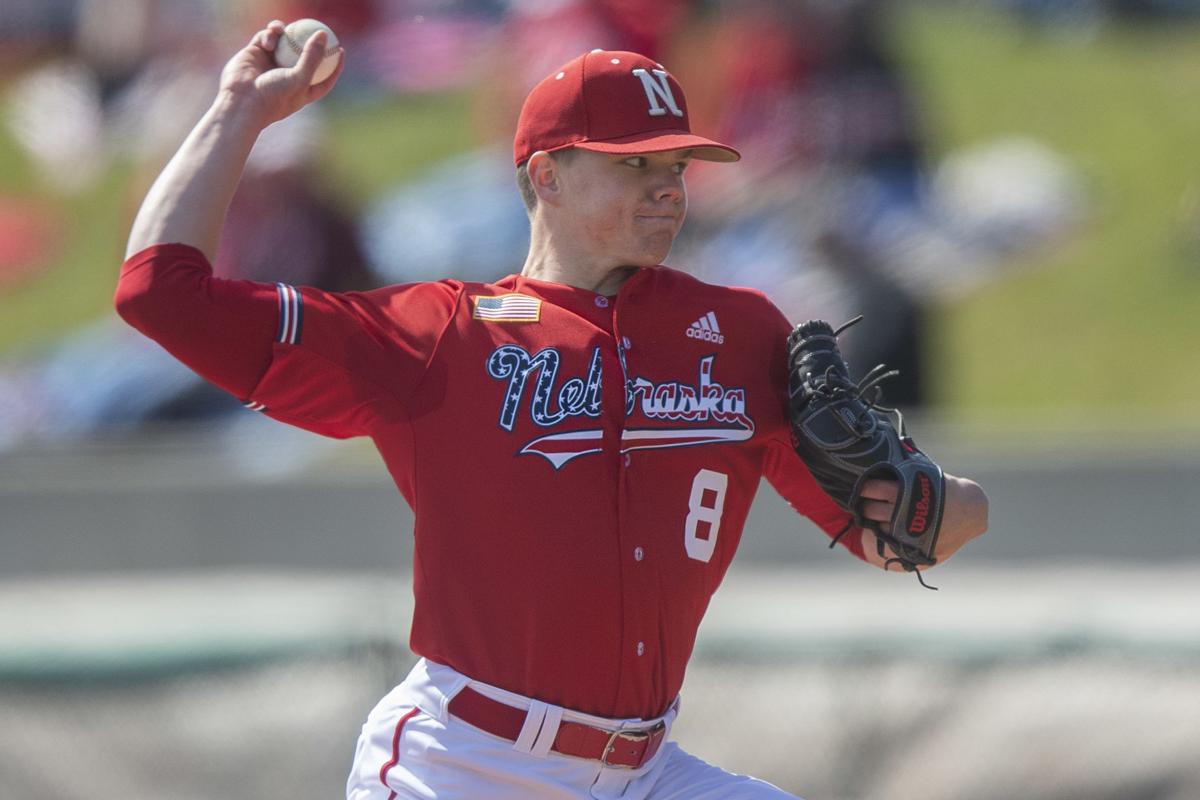 Nebraska starting pitcher Shay Schanaman delivers to the plate against Minnesota in the first inning on March 28 at Haymarket Park. 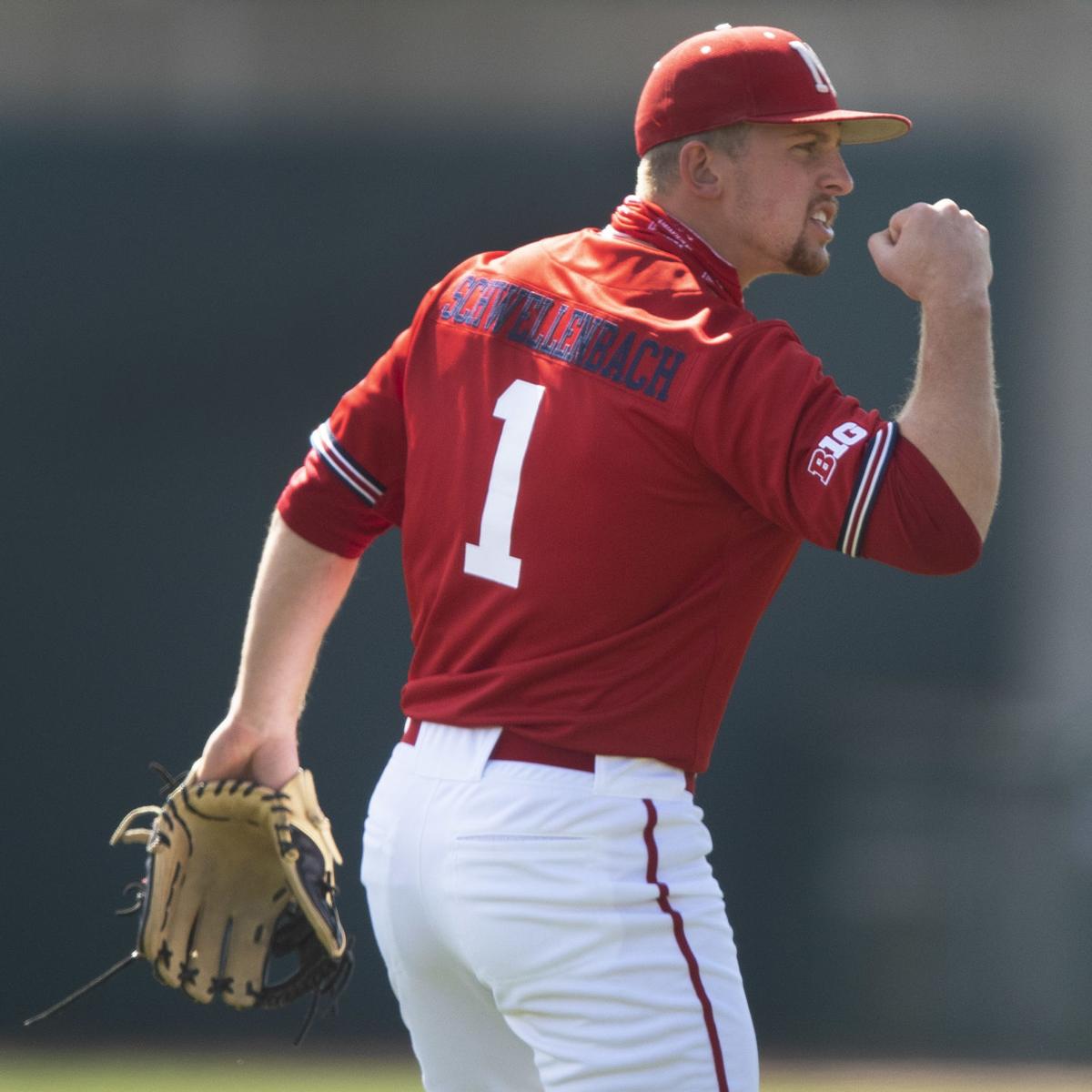 Nebraska's Spencer Schwellenbach celebrates after Shay Schanaman strikes out a Minnesota batter in the first inning on March 28 at Haymarket Park. Schwellenbach was named to the John Olerud Two-Way Player of the Year Award watch list for the 2021 season. 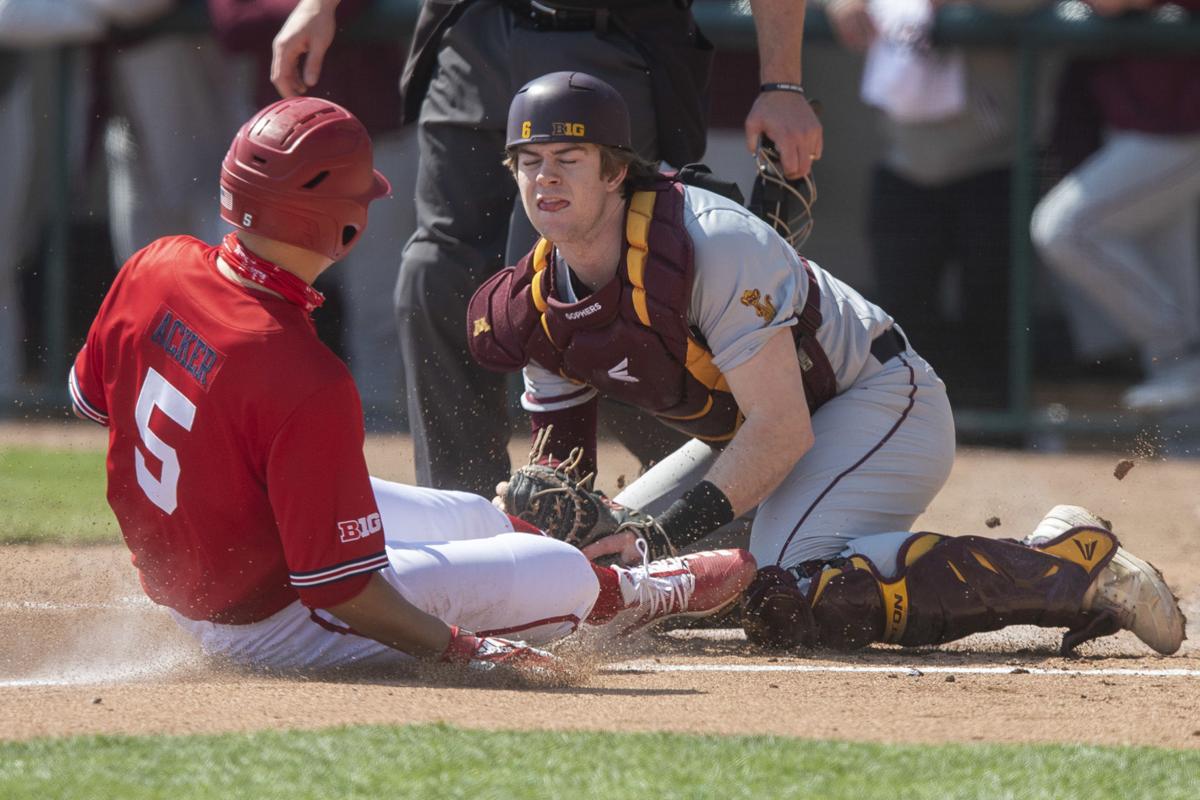 Nebraska's Joe Acker (left) is tagged out by Minnesota catcher Chase Stanke while sliding into home plate on March 28 at Haymarket Park.

Shay Schanaman spent two years in Nebraska's bullpen taking his opportunities when they came, and waiting his turn.

The big opportunity came this spring when Husker coaches moved him into the starting rotation and tasked him with being the man with the ball on Sundays.

Against Minnesota on the prettiest Sunday of the year, Schanaman made that decision look smart.

The junior right-hander from Grand Island set career highs with 7⅓ innings pitched and 10 strikeouts and Nebraska rolled to a 10-2 win over the Gophers to wrap up a four-game sweep in front of 2,599 sun-splashed fans at Haymarket Park.

'We just took the momentum': Husker baseball rallies, then rolls to sweep doubleheader from Minnesota

The attendance total counted as a sellout due to attendance limitations. And those fans gave Schanaman a standing ovation as he came off the field with one out in the eighth inning having put the clamps on Minnesota's offense.

"After a couple years here the coaches trust me, and they felt like I was ready to make that jump (to starter), and I just want to prove them right every week," Schanaman said. "After the outing I had last week, it's been a long week building up to this, but you've just got to stick to your guns and come out and pound the zone.

After allowing an infield single to Minnesota's Andrew Wilhite on the first at-bat of the game, Schanaman set down the next 13 Minnesota hitters and in one stretch retired 22 of 23 Gophers.

The performance came after Schanaman had gone a total of seven innings in his previous two starts combined, allowing eight runs on 12 hits. Last week at Iowa he didn't make it out of the third inning after giving up four runs on four hits and walking five.

"I thought there was a lot less searching for things for him. There really wasn't anything going on other than him just having a good look on his face the whole day," NU coach Will Bolt said. "It's crazy; you can tell when guys are searching a little bit — maybe their body language is begging for a call here or there from behind the plate.

"I didn't see even an ounce of that today from him. He was in compete mode."

After allowing that leadoff single, Schanaman got a strikeout, then threw a pickoff attempt into right field that allowed Wilhite to scramble to third.

With Minnesota threatening, Schanaman shut the door with a strikeout and a pop-up, and Nebraska's offense then went to work against the worst power conference pitching staff in the nation.

"That was huge. You want a clean first," Schanaman said. "That just kind of sets you up for the rest of the game. I didn't do anything different. I just felt good and stayed on and got in attack mode after that."

Minnesota (3-12) came into Sunday's game ranked 257th of 280 Division I teams nationally in earned run average, and proceeded to give up a Nebraska run in the bottom of the first inning for the fourth consecutive game.

Nebraska (11-4) scored four runs with two outs in the third, connecting on three consecutive singles before a walk and a hit batter brought in another run.

The Huskers took their walks in the seventh as well, working three free passes in a row with two outs and getting yet another hit by pitch to score three more runs with two outs.

By the time Minnesota broke through for a pair of runs in the eighth, the game was well in hand.

Cam Chick and Luke Roskam both finished off big weekends at the plate, with Chick collecting two more RBIs and Roskam going 2-for-4 with three driven in to raise his batting average to .394. Chick drove in seven runs on the weekend while Roskam had nine RBIs over the final two games of the series.

The victory was Nebraska's sixth in a row.

"We just kind of try to do the same thing, and that's win today and then win tomorrow, and they'll pile up on their own," Schanaman said. "We just go out there and try to win the day and try to stack days on top of each other, and (winning) will take care of itself." 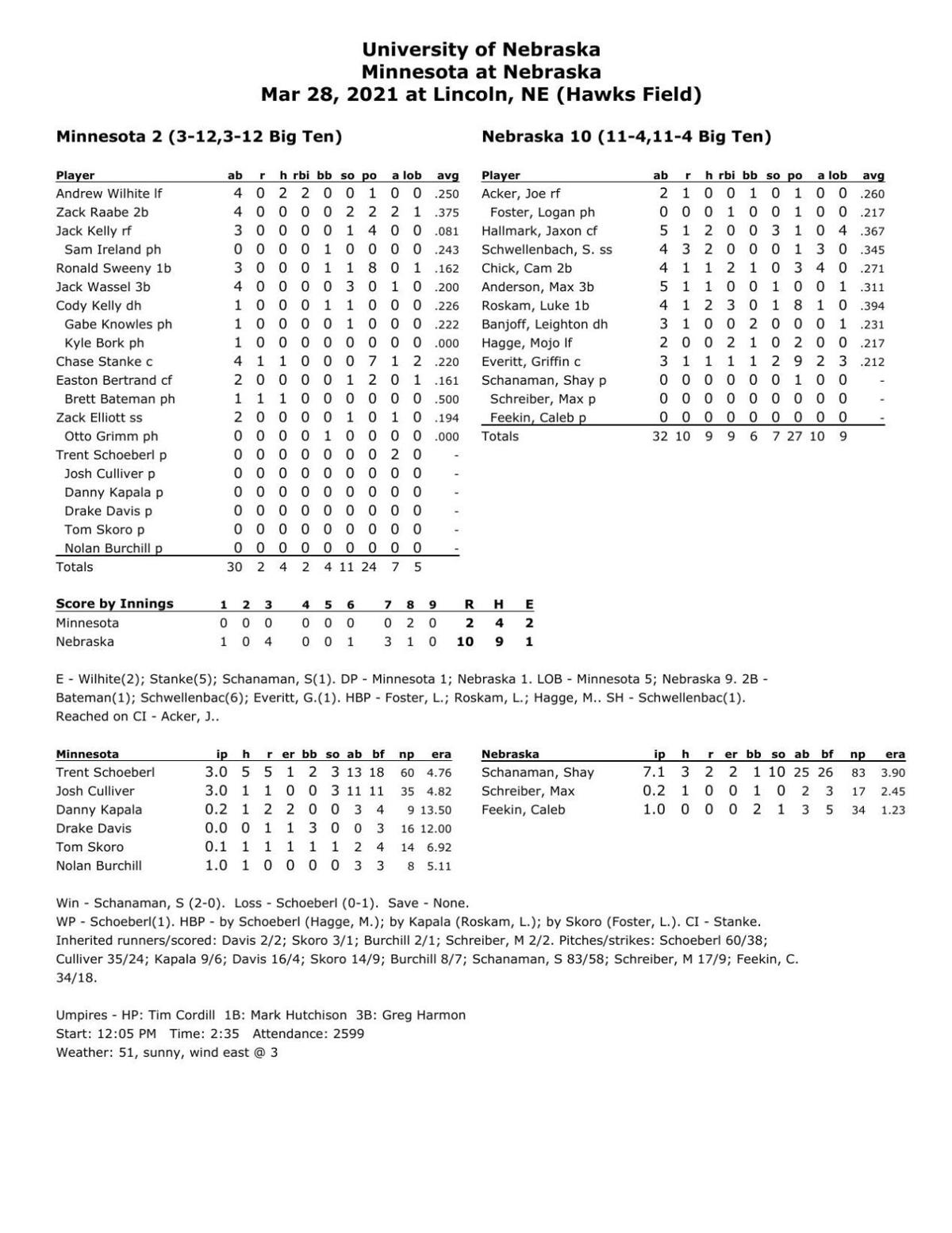 Photos: Huskers finish off four-game sweep of Gophers in front of nearly 2,600 fans

'A welcome sight': Husker baseball wins home opener in front of first crowd in more than a year

Nebraska fans roared early and often as Nebraska rolled to a win — "I mean, there's no other fans that are greater than Husker fans."

'Championship Sunday': Why Husker baseball is placing such an emphasis on the last day of the weekend

Nebraska still has 75% of its season remaining. Even so, the team is already treating Sunday like the postseason. Why?

Nebraska starting pitcher Shay Schanaman delivers to the plate against Minnesota in the first inning on March 28 at Haymarket Park.

Nebraska's Spencer Schwellenbach celebrates after Shay Schanaman strikes out a Minnesota batter in the first inning on March 28 at Haymarket Park. Schwellenbach was named to the John Olerud Two-Way Player of the Year Award watch list for the 2021 season.

Nebraska's Joe Acker (left) is tagged out by Minnesota catcher Chase Stanke while sliding into home plate on March 28 at Haymarket Park.